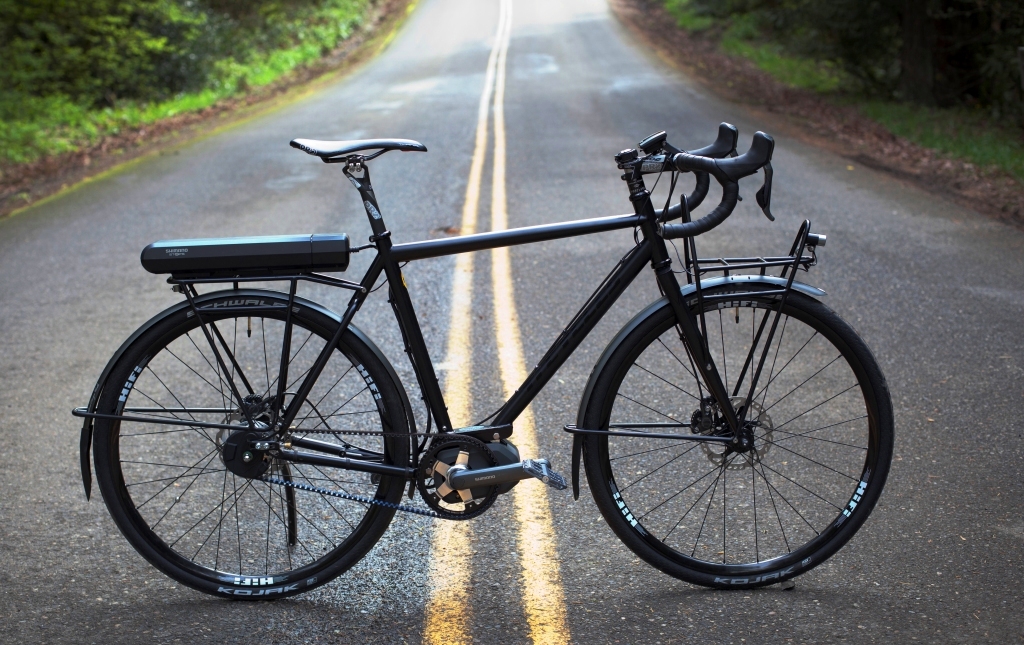 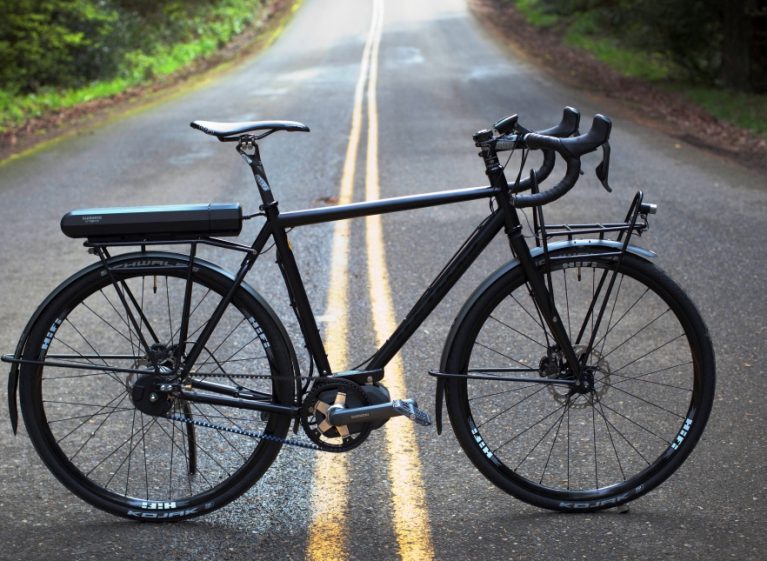 Otter Fodder: the Belted Bikes and eBikes of the Sea Otter Classic

The Sea Otter Classic bike show this week (April 16-19 in Monterey, California) will offer bike lovers the chance to see a range of new bicycles featuring the Gates Carbon Drive system including the STEPS Child from Ti Cycles, above. This high-concept pedal-assist eBike features the Shimano STEPS mid-drive for fast touring and commuting. Breezer will show the Beltway Elite, a fully equipped and award-winning commuter bike. Read Bicycling Magazine’s review, in which the editor wishes her commute to work was actually longer. breezerbikes.com Touring cyclists and readers of Adventure Cyclist magazine will want to check out the Siskiyou Rohloff, the new 27.5 wheel trekking bike from Co-Motion. Marin will have its Fairfax SC6 DLX at the Otter. Read Outside Magazine’s review, in which writer Aaron Gulley says: “Out of the box, this is one of the cleanest, best functioning, and seductive utility bikes I’ve come across.” Legendary mountain bike brand Ibis will display it Tranny Unchained, a full-carbon race rig for singlespeeders who want fast and light performance. Read the reviews about the bike and belt on MTBR.comand Bike Magazineand Dirt Rag. See you in Monterey!