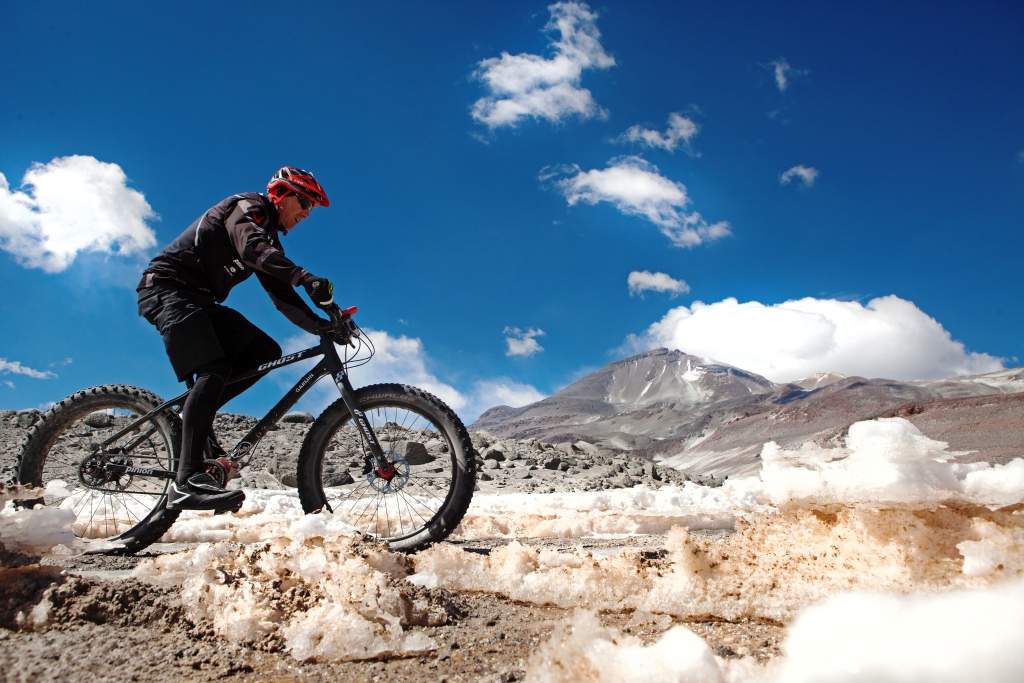 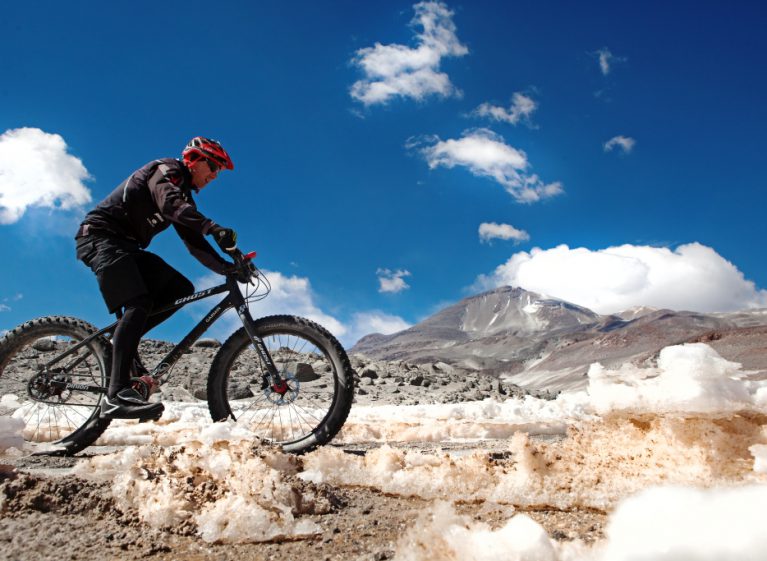 Located in Chile’s arid Atacama Desert, the Ojos del Salado is the second tallest mountain in the Western Hemisphere at 6,893 meters (22,615 feet). It’s a cold, barren and unforgiving landscape. Earlier this year, German adventurer Guido Kunze came here on a quest to set a new world record for the highest altitude bike ride. His successful quest is featured in the German documentary, “Die Chile Challenge.” A national hero in Germany, Guido set the record at 6:02 p.m. on October 16, 2014, when his Garmin Edge showed him topping out at 6,233 meters (20,449 feet). Guido had ridden for 37 hours, 11 minutes and 12 seconds, pedaling 342 kilometers (212 miles) from the warm Pacific coast to the thin air of Ojos del Salado. High winds, soft sand and a lack of oxygen pressed Guido to the limit, requiring him to push his bike the final meters, but fitness and fortitude allowed him to beat the previous record of 6,085 meters (19,964 feet).

The Ojos del Salado is the latest crazy athletic feat for Guido, an ultra runner and ultra cyclist whose adventure resume includes riding the Tour de France course in nine and a half days, crossing Australia by bike in seven days, mountain biking the Great Wall of China, completing the Race Across America, and more. Guido completed the adventure on a Ghost fat bike with a Gates Carbon Drive belt system and a Pinion gearbox. The bike and components were chosen to give Guido superior traction on the steep sand, and to provide low gearing, surefire shifting, and no chain maintenance during the ride. Read more about the adventure and bike at Ghost Bikes. Thanks to photographer Christian Habel for all the images in this post.