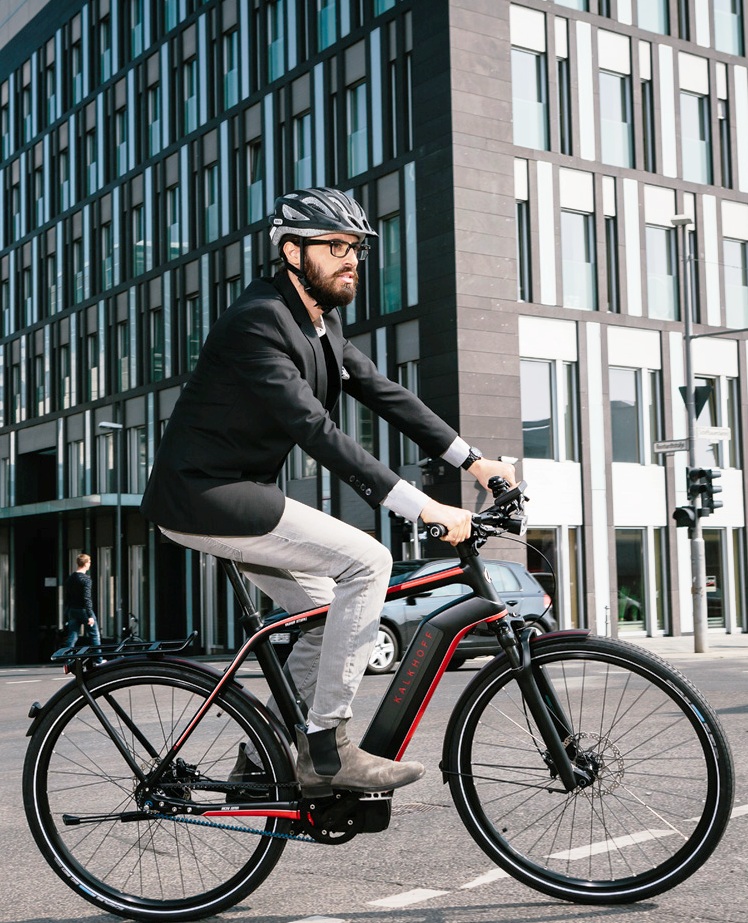 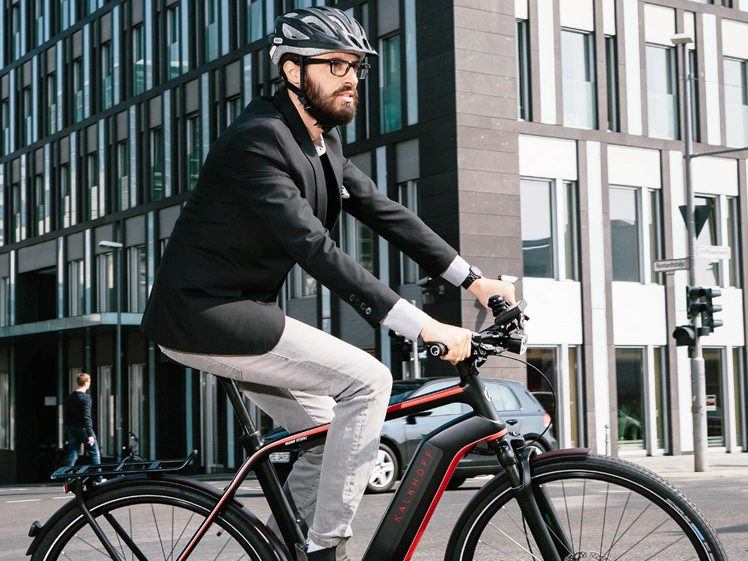 The Integrale 8 has a top speed of 20 mph, a 250-watt motor, eight gears and a range of up to 127 miles thanks to the17Ah/36V battery, which can be removed for charging or security with a simple turn.The Integrale S11, below, is the premium eBike in the Kalkhoff line. The S11 uses the 350 watt Impulse EVO RS Speed motor and battery, providing a top speed of 28 mph. Both the Integrale 8 and S11 have aBluetooth capable handlebar-mounted display that interfaces with your smart phone to provide on-board navigation. Pannier racks and a suspension fork complete the build. The red on black frame highlights are slick, too.

Kalkhoff’s third model for sale in North America is the Include 8 Premium, below. It offers the same long range but with an easy to mount step-through frame. Built for commuting, trekking or carrying a child on the rear, it has a pannier rack with a snap-on child seat system and front suspension for smoothing bumpy roads. Electric bike sales are surging in Europe, according to the New York Times. It’s easy to see why: for many trips they are simply easier, less expensive–and more fun–than a car. Gates is pleased to be featured on these Kalkhoff models whose design, performance, and drive technology represent the future of urban transport. Kalkhoff has several more models for sale in Europe featuring Gates belts, including the Endeavour Impulse S11, and the Agattu Premium Impulse S11. Electric bikes are the fastest growing market for Gates Carbon Drive due to the belt drive’s clean, smooth and strong performance. Find your eBike on our Bike finder page.