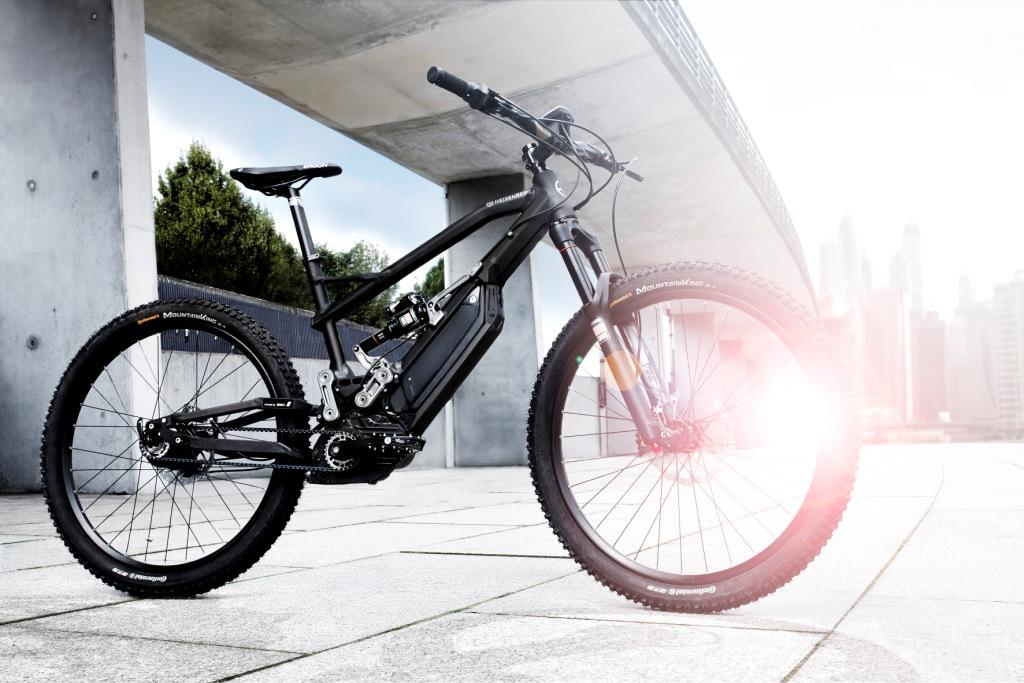 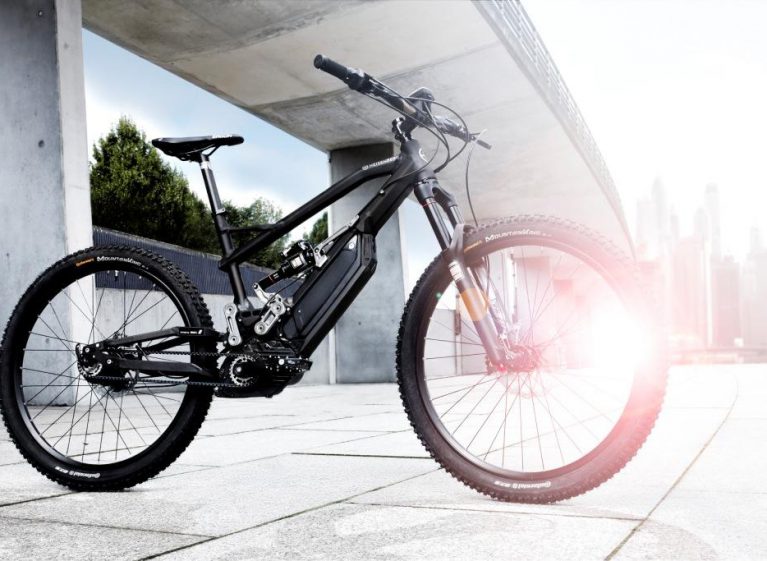 Werner Heisenberg was a German theoretical physicist and father of quantum mechanics who won a Nobel Prize in Physics in 1932. He is considered one of the great minds of the 20th Century. “What a pity that people today think of a TV series when they hear this name,” says Karlheinz Nicolai, referring to the show “Breaking Bad,” whose main character went by the alias Heisenberg. Nicolai and his business partner Michael Hecken want to pay homage to the brilliant German scientist with their new electric bike brand, HNF Heisenberg.

Hecken and Nicolai (HNF stands for Hecken, Nicolai and Friends) previously collaborated on the development of the Smart eBike for Mercedes and the electric bike brand Grace, which raised the bar for integrated design in the category. With HNF Heisenberg they have upped the ante again. Pictured above is the XF1, a burly 150 millimeter full-suspension machine powered by a Bosch mid-drive motor. The bike received a bonanza of media coverage when launched in July due to its “swing arm” suspension technology developed by BMW. The swing arm allows the drive train to float instead of being firmly attached to the main frame. This enables the use of a Gates belt drive by eliminating the slack caused by typical rear suspensions. The belt length remains constant even when rampaging over roots and rocks. It is an innovative design that advances opportunities for using clean and low-maintenance belts instead of chains on full-suspension rigs. 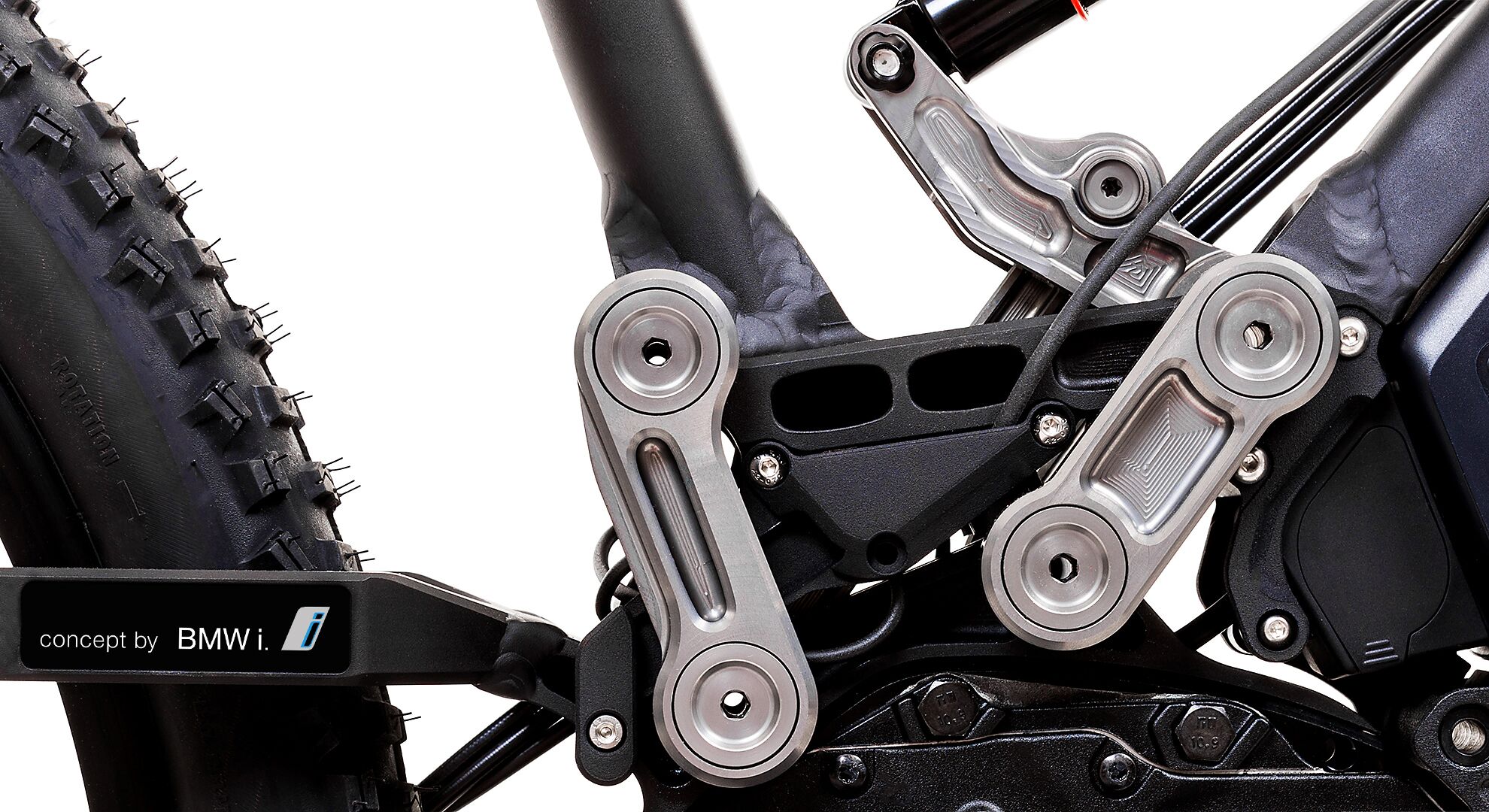 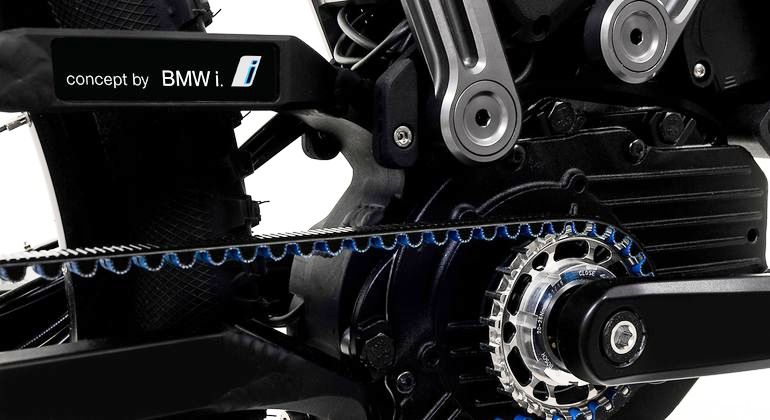 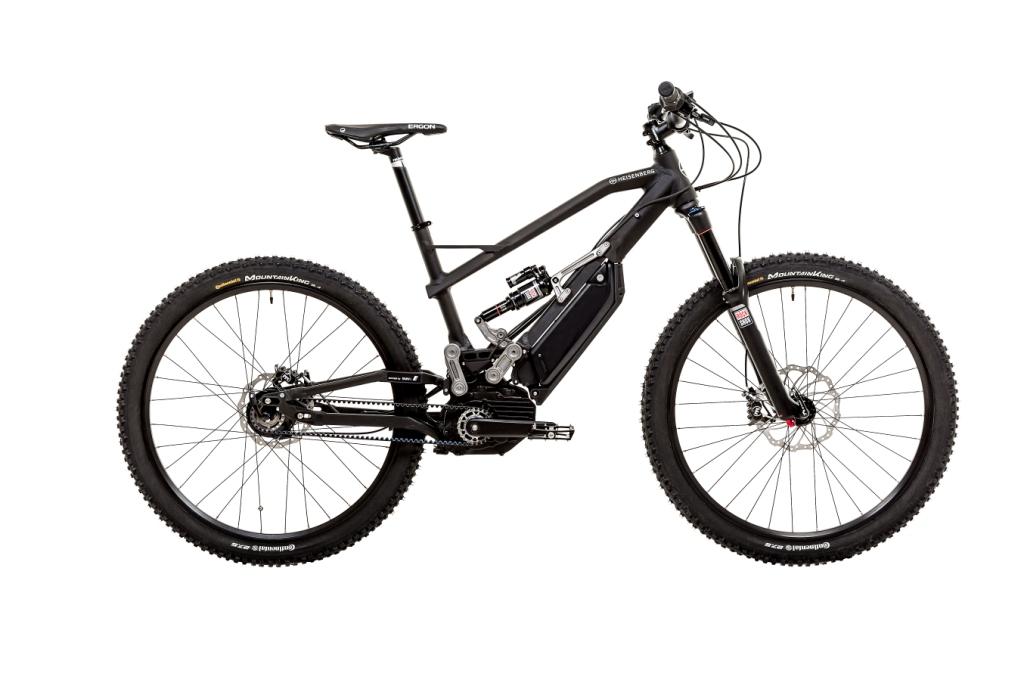 Nicolai is himself one of the great innovators in bicycling, founder of Nicolai Bikes and owner of Universal Transmissions, the distributor for Gates Carbon Drive in Europe and a close R&D partner with Gates. Nicolai likes using Gates belts on mid-drive eBikes because they last longer than derailleurs and chains, which wear out quickly due to the heavy loads applied by powerful mid-drives. We spoke with Nicolai to learn more about Heisenberg, his design philosophy and his long love affair with bikes.

Belted Blog: The suspension system on the XF1 is beautiful. Can you explain what makes it unique in terms of performance?

Karl Nicolai: It has a very neutral pedaling feel and great suspension performance. The motor, Gates Carbon Drive system and the Rohloff internal gearhub work together as a suspended drive unit that keeps the design clean and simple without any need of a belt tensioner. This unit is connected to the main frame with a “four-bar-linkage” so the position of the crankarm spindle has no movement in relation to the main-frame while riding.

BMW i, the electric mobility group within BMW, developed the suspension design. Can you describe the process of working with BMW?

I know the engineers from BMW Research Group from other projects. The suspension patent application originates from the first stage of the BMW i group’s market research and early concepts. Since the company had no immediate use for it, BMW i was able to give HNF Heisenberg a license on it. The XF1 bike itself was designed afterward and engineered by a team of people within and around HNF and Nicolai.

What is the future potential for integrating Gates Carbon Drive onto full suspension bikes, and do you expect to see a day when gearboxes and belts can be a big part of the MTB market ?

There are many possibilities to combine the Gates Carbon Drive onto full suspension bikes and I know that Gates is able to help interested customers to bring these designs to life. Bicycle gearboxes like the Pinion and the Effigear systems are the “early birds” within this movement. We all know they need to be more affordable, but these times will come.

You are involved in many many projects, and many of your ideas for bicycles have been ahead of the curve. What motivates you?

I’m motivated by my curiosity and passion for better solutions. I am very happy to be my own boss and to have a career that allows me to follow my interests. Within the Nicolai factory we have all the equipment necessary to build all types of two-wheelers, from mountain to urban bikes and eBikes to motorcycles. The work is fun, and that is the best motivation.

With Grace and Smart you helped begin the trend of integrating eBike components into the frame. What is your philosophy on design versus function?

Lets be precise: I developed these bikes together with a team of great people from different companies. What can be better than being together with others and creating new products? This has been my passion since I designed my first motorcycle in 1986. First of all the product needs to perform better than existing products. Additionally, the product needs to make people smile when using it. My goal always is to get form and function in harmony and balance, while also remembering basic details like durability, easy maintenance, simplicity and cost.

What is your history of riding bicycles and why did you choose to enter the bike market and create Nicolai?

In 1988 while studying at the University of Brunswick in Germany I trained on a road bike to be fit for motorcycle racing. Enduro and MX racing was my field and due to a lack of money I learned to modify and engineer frames and suspensions. In 1991 I went to work in California for AMP Research and together with Horst Leitner we created many different mountain bikes for several brands. We designed the “Horst link” and tested the bikes after work and on weekends. It was incredible fun. After returning to Germany I still had good contacts in the United States and I designed a downhill bike for Mongoose that Leigh Donovan rode to a world championship. That’s when I decided to create my own brand, and Nicolai Bikes was born. In 2006, I met with Gates to push forward the idea of commercializing a bicycle belt drive designed and engineered specifically for bicycles. We built some of the first prototype frames incorporating the system. I met Michael Hecken in 2008 and we collaborated on different eBike designs. The bike industry is like a big family and has a great spirit, with lots of nice people with visions for creating better products not just money. 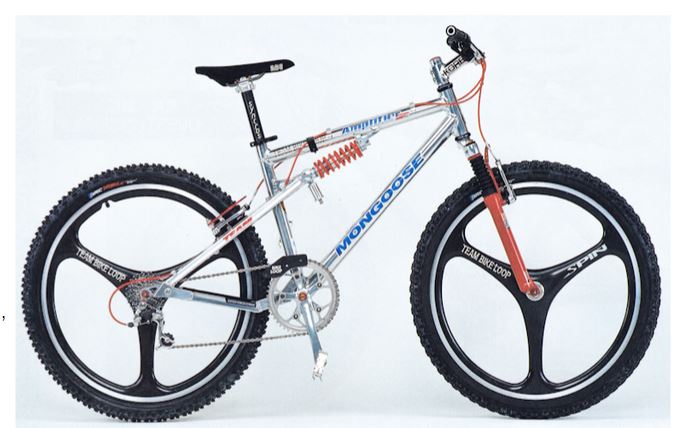 In addition to the XF1, the HNF Heisenberg line includes three urban models with Gates Carbon Drive and Bosch motors: the UD1, HD1 and XD1, below.The company is located in a historic mill in Biesenthal, near Berlin, and located on the Berlin-Usedom cycling route. It is the ideal setting for advancing the eBike revolution and breaking boundaries. We think Werner Heisenberg would be pleased.hnf-heisenberg.com 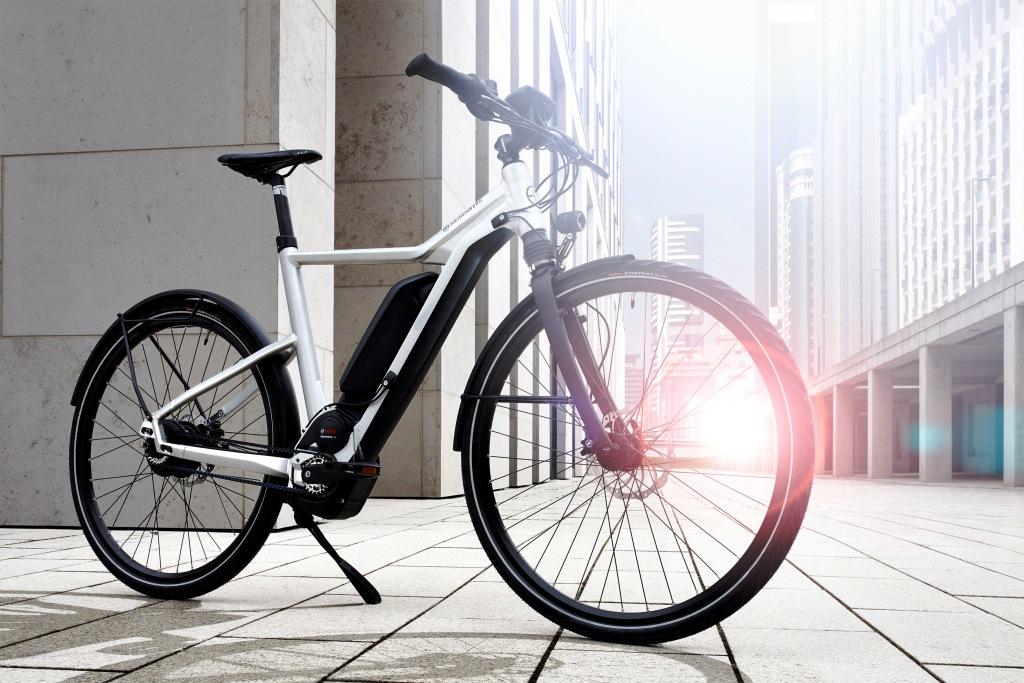 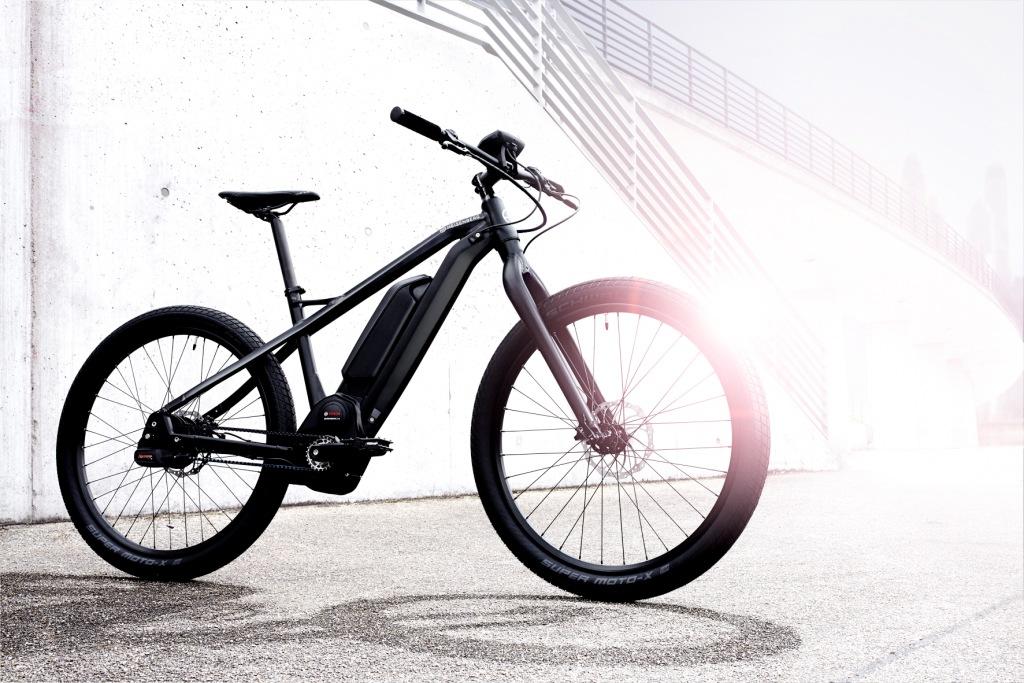