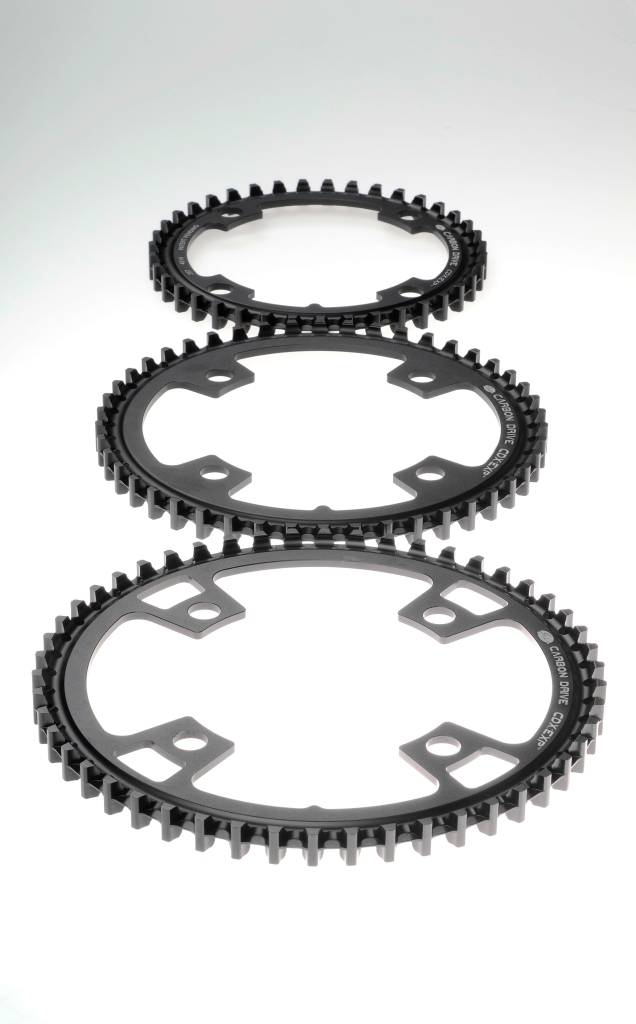 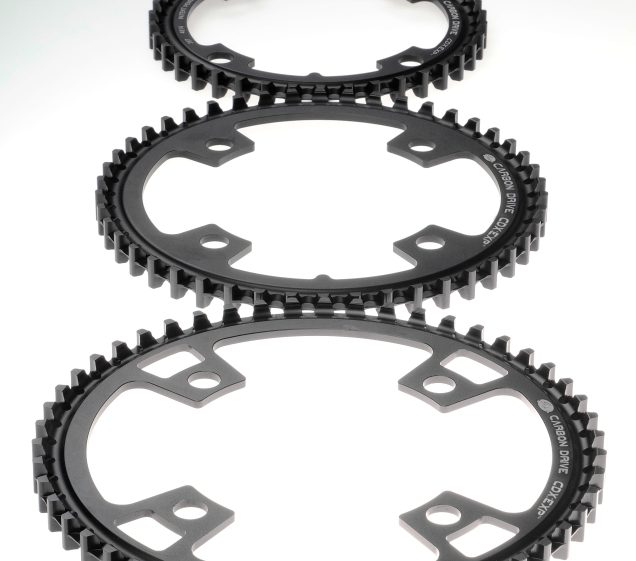 Gates is introducing a new series of high-mileage sprockets for expedition cyclists called CDX:EXP™ that offers extended range and durability in abrasive off-road conditions. CDX:EXP sprockets are for use with Rohloff geared hubs. Rohloff is a close partner of Gates, and its hubs combined with Gates belt drives are an increasingly popular application for trekking cyclists who seek a low-maintenance, strong and clean alternative to chains and derailleurs when riding way off the map.

The extra durability derives from the 25 percent increase in surface area compared to regular CDX™ sprockets. Despite their extra strength, the CDX:EXP sprockets weigh only a few grams more than current CDX sprockets due to a redesign of the sprocket interface. The CDX:EXP sprockets are currently available in three front sizes (pictured above)and four rear sizes for cyclists who want to upgrade their existing CDX drives. The 39-tooth front sprocket is also designed for use with Pinion gearboxes.

Gates will unveil CDX:EXP at the Eurobike trade show in late August. Europe is the global epicenter of bike trekking. “The CDX:EXP sprockets are an example of how we continue to expand the Carbon Drive product line to meet the needs of the widest range of bicyclists,” says Todd Sellden, global director of Gates Carbon Drive. 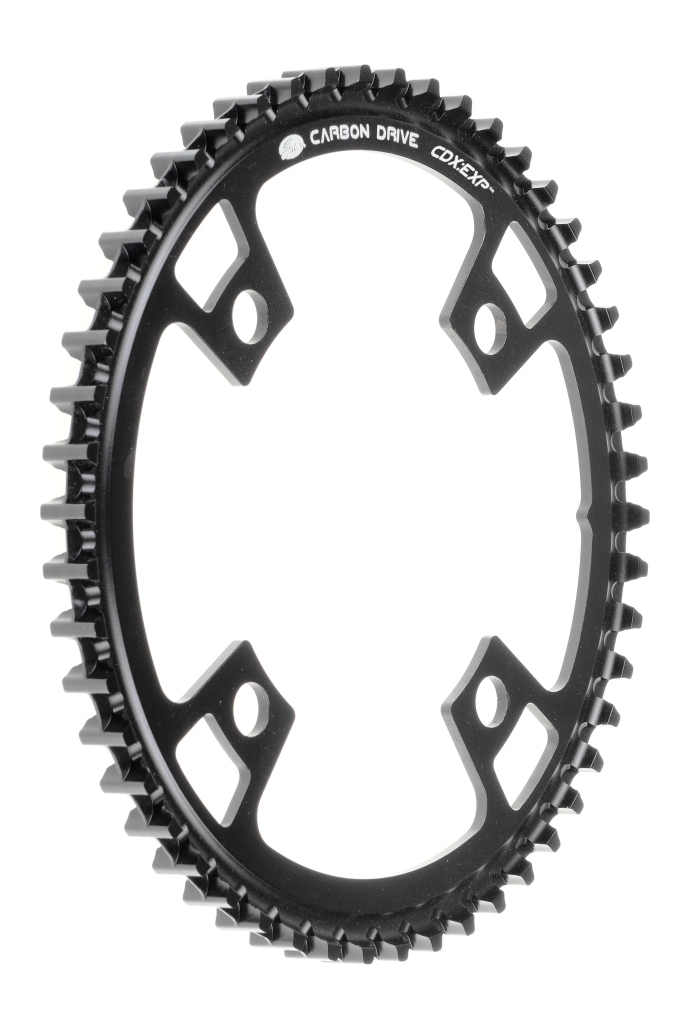 Other new products shown at Eurobike include the S300 silver crank arm for use with CDX five bolt sprockets, and the new XSE series rear sprockets for use with the CDN belt drive system. 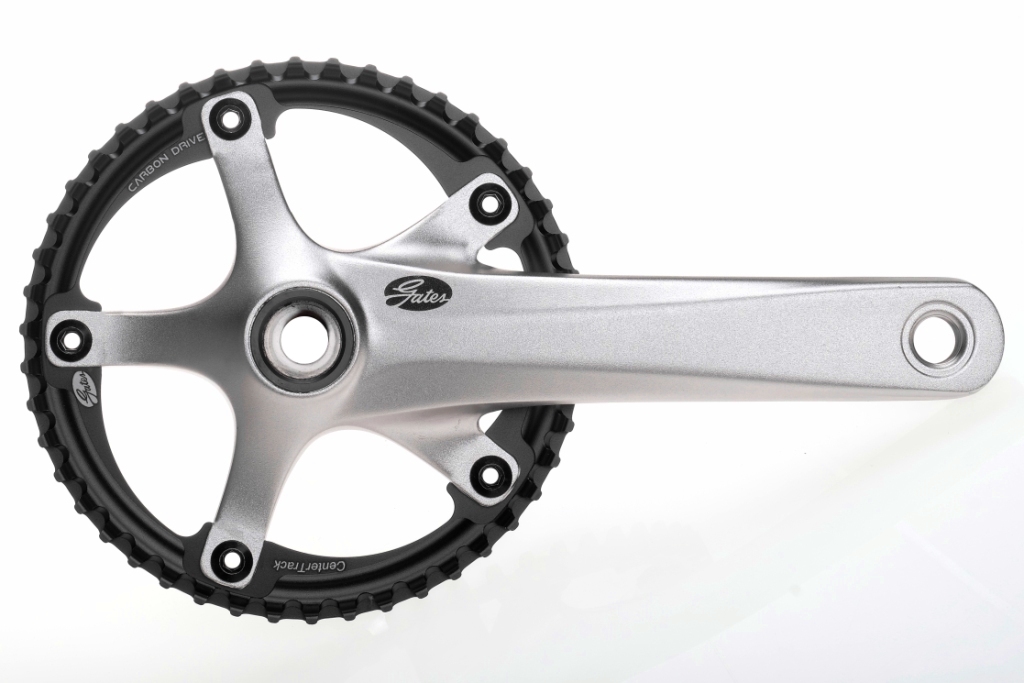 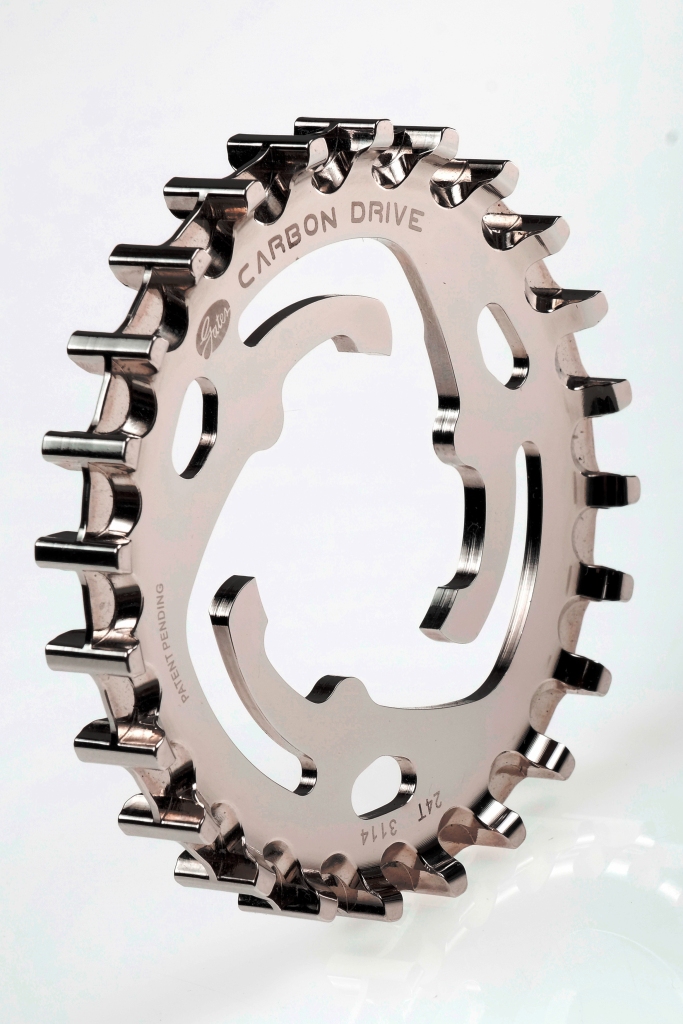