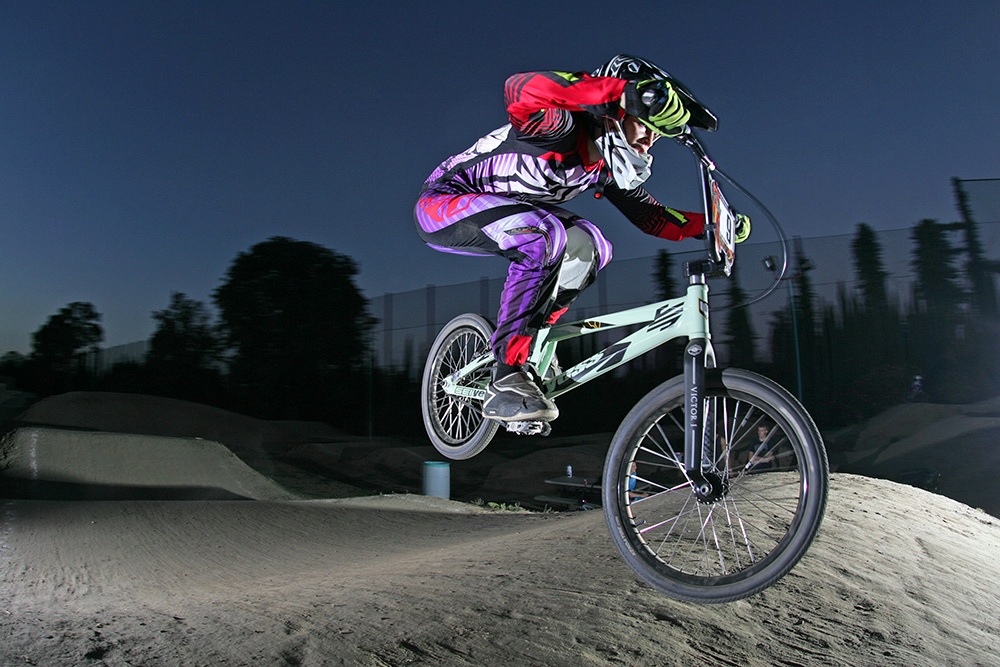 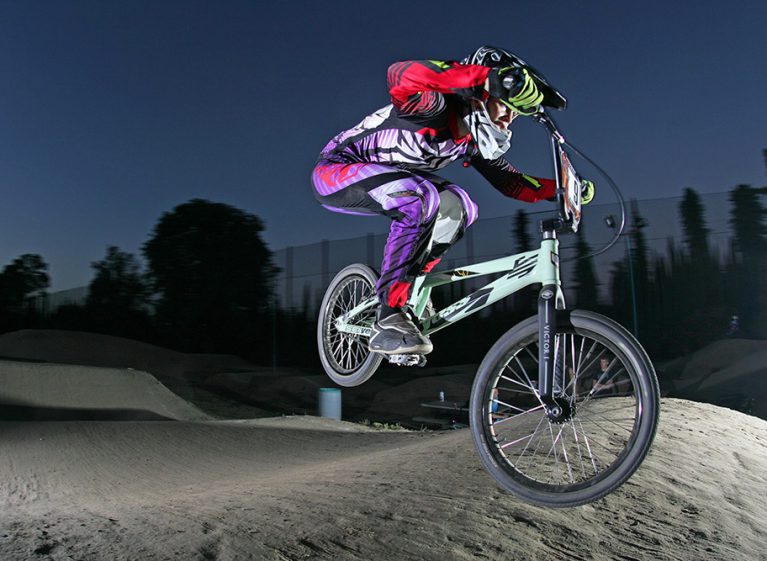 Earlier this summer, BMX Plus! magazine presented a top-secret bike to a handful of pro riders including Mark Estep, Stephen Smith, Asa Kortman and Keely Kortman (pictured above) at a Los Angeles BMX track. Editor Ben Crockett snapped these spy photos. The October 2015 issue of the magazine, now on newsstands, contains the full story of how the bike was created, as well as pro rider feedback. The upshot? The editors and riders loved the Gates Carbon Drive system and consider it a potential game-changer at the elite BMX racing level. They especially liked the instant engagement and strength of the Gates belt compared to chains, which stretch under the intense torque of BMX racing. This strength is critically important in the starting gate, below, where riders must hammer down on the pedals with all of their power to gain a fraction of a second lead on the competition. 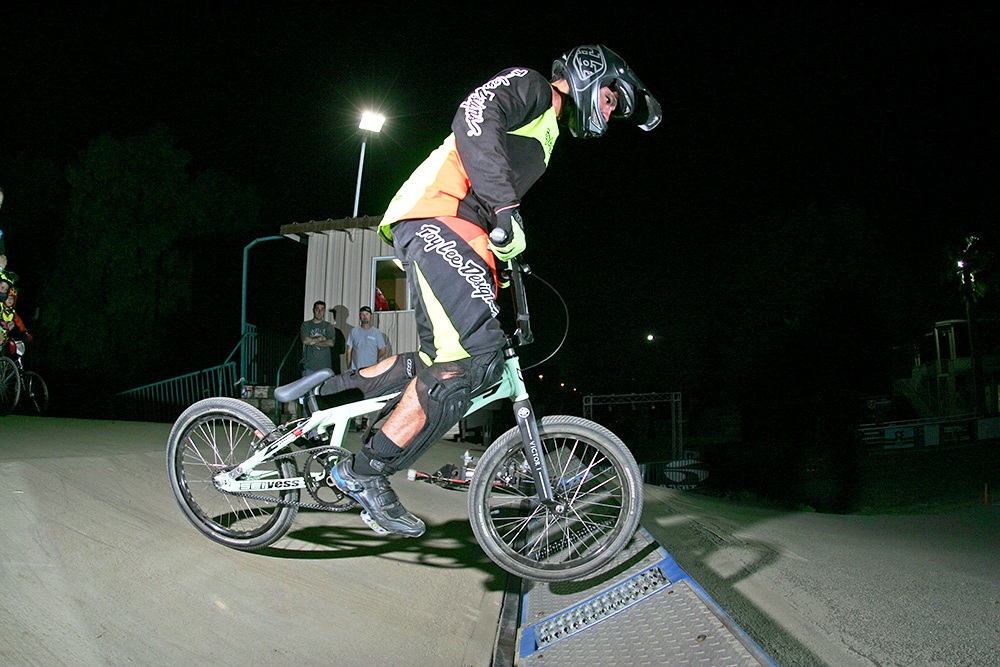 The prototype bike made by Canadian BMX brand Yess has many unique features including a dial for tensioning the belt, as well as a split on the seat stay for opening the rear triangle to install or change the belt. The bike uses the new 108-tooth belt that Gates released last year. 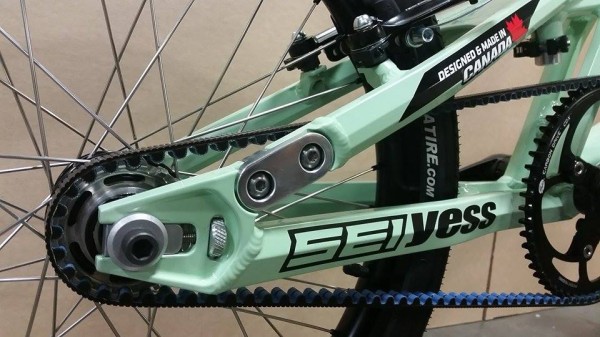 BMX is a new frontier for Gates and an opportunity to expose a new cycling audience to the Carbon Drive technology. Could we see top riders racing on BMX bikes equipped with Gates Carbon Drive in World Cup or Olympic events in the future? Perhaps. Some elite national teams have contacted Gates to inquire about testing the system. For Gates, the positive feedback by elite athletes validates the durability and strength of the Carbon Drive system, which is already being used by singlespeed cyclocross and mountain bike racers. Pick up a copy of BMX Plus! to read the full five-page report. 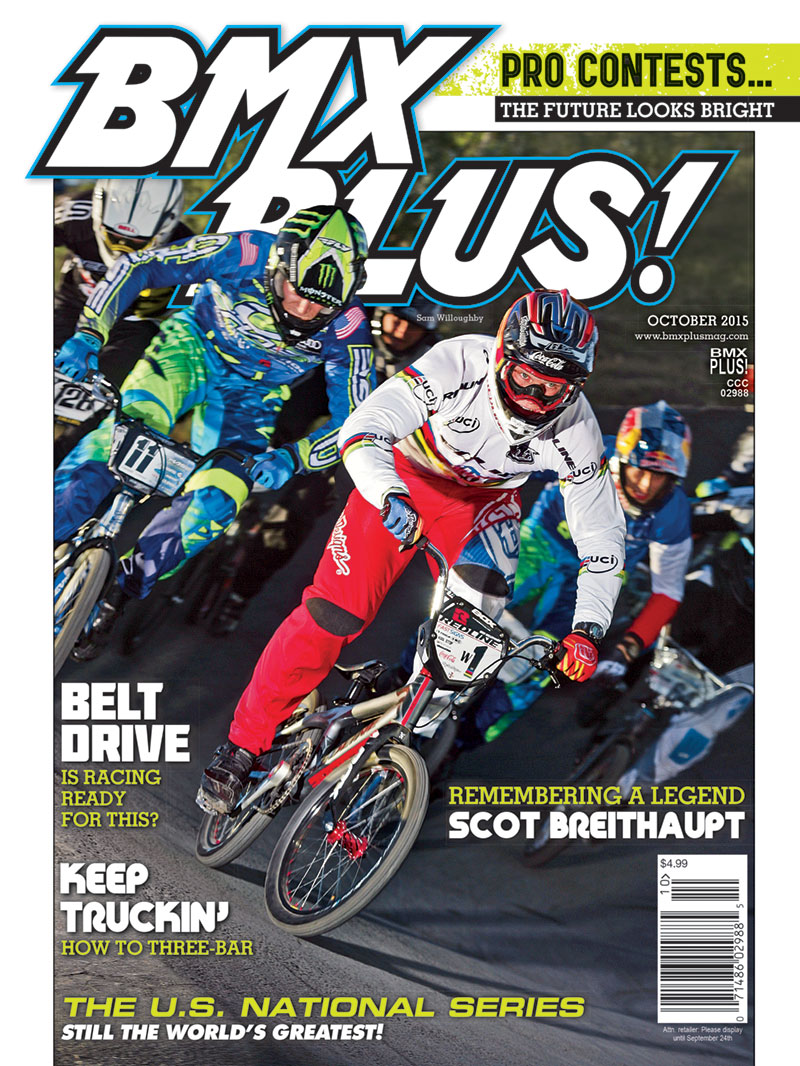 Want to learn more about the Yess bike? The online site bmxnews.com published several informative stories including one about the history of belt drives in BMX, and the efforts of innovator Matt Raymer to advance the concept of belting BMX bikes.