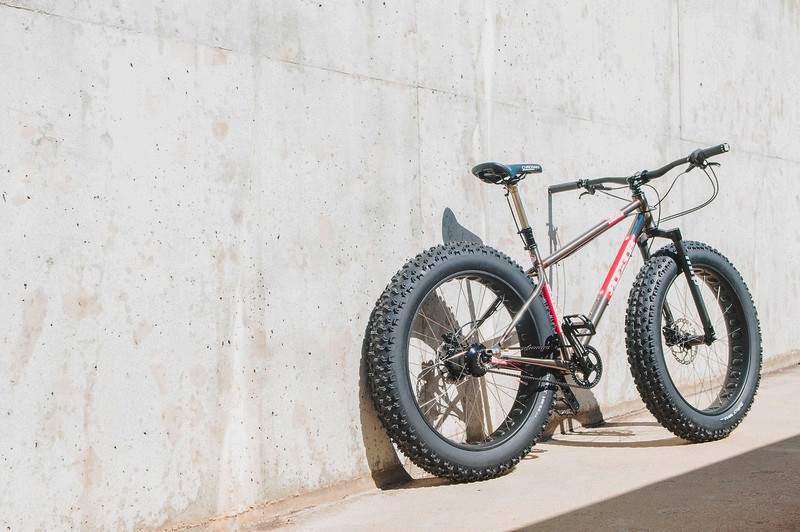 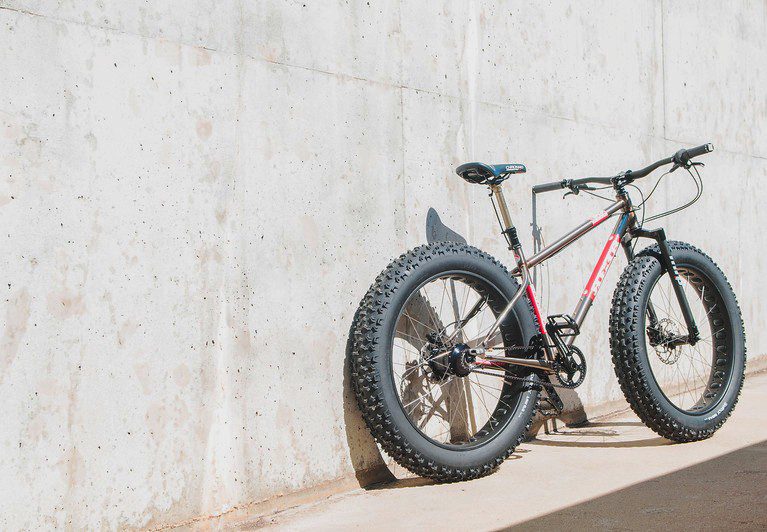 Gates Carbon Drive will be in Las Vegas next week for Interbike, and as usual we will belt Sin City good. At Outdoor Demo on Monday and Tuesday Gates has partnered with Rohloff and Cycle Monkey to present a “Belt Drive Boutique” featuring bikes from small builders including REEB, Shand and Lenz Sport. We will have bikes from these boutique brands in multiple sizes, all featuring Gates drives and Rohloff hubs, for testing on the trails of Bootleg Canyon. Pictured above is the Donkadonk fat bike from REEB.

Below is the full suspension Milk Money (pictured here as a singlespeed, but with a Rohloff for Demo) from Lenz Sport, and below that is Bahookie from UK brand Shand Cycles. Steven Shand and Devin Lenz will be there to answer questions. Booth No. D4604 Once the show moves indoors to Mandalay Bay Casino, there will be an interesting assortment of Gates Carbon Drive equipped bikes to check out. Here are some of our picks.

Coast Cycles from Singapore will show its unique bikes including their 20-inch-wheel Juggernaut (below) and Goliath Rohloff (second down), as well as their other belted models the Quinn, Coastliner and Coastliner Fixed. Booth No. 2089 Berlin-based urban brand Schindelhauer will show its new Jacob “smart bike.” This stylish singlespeed red-light-racer is equipped with a smartphone interface that allows riders to access GPS navigation, phone calls, music, weather forecasts and other functions on the fly. Forget your charger? No worries, mate. Your phone charges while you ride thanks to the dynamo hub. The Jacob also comes with lights that automatically turn on after dark. Miir is a Seattle brand that donates a portion of its bike sales to providing bikes for people in the developing world. It makes the Burke, below in the Seattle fog, a low-maintenance eight-speed city bike perfect for commuting on Seattle’s Burke-Gilman trail. The Burke is sold through REI. Danish belt drive specialists Biomega will show their new NYC Lady step-through (below), made for cruising Manhattan and sporting a mod brushed aluminum frame–and some Copenhagen styling. Booth No. 4067 Breezer will show it’s Beltway Elite, which caused one Bicycling Magazine editor to lament that her commute was too short. Booth No. 6131 Scott will show its SUB Speed 10. This bike has been part of the Scott line for many years, a super-stylish and highly utilitarian all-weather commuter. Booth No. 11176 Other brands exhibiting with Gates Carbon Drive bikes include Tempo eBikes, Raleigh and Co-Motion, and more. See you there.