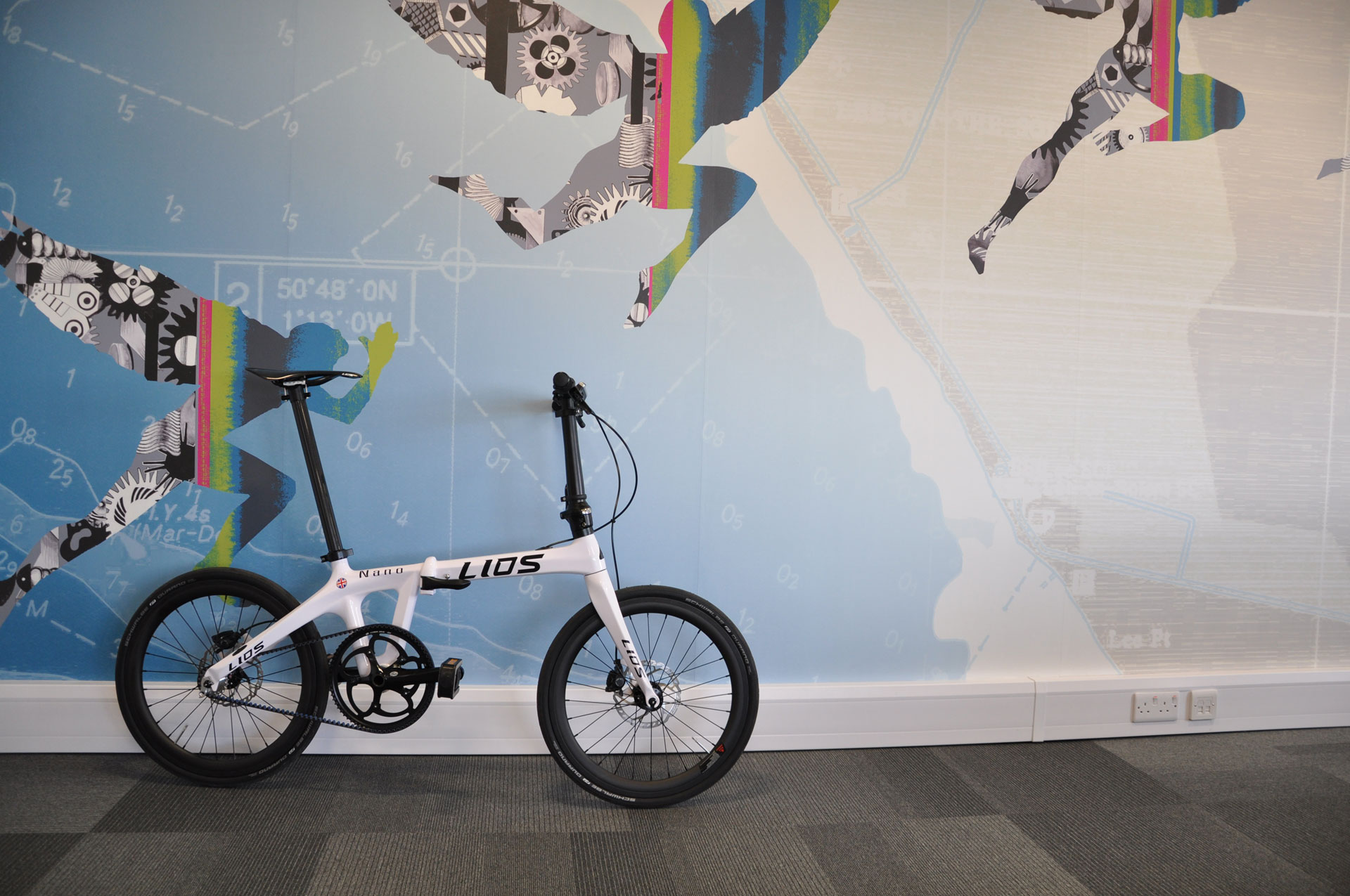 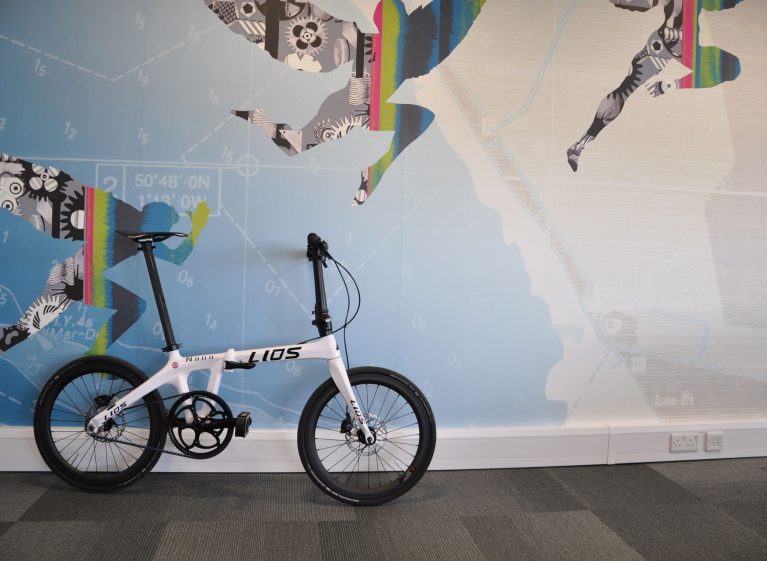 Steve McCulley served in the British military for 17 years and raced bikes for the Royal Navy and Royal Marines before sustaining career-ending injuries in Afghanistan . “That was when I decided to follow my passion,” he says. McCulley was inspired to create a super-light full-carbon folding bike after meeting the founder of UK folding bike brand Brompton. After much R&D, the Nano was born. With its carbon frame and carbon fork, wheels, handlebar, seatpost and saddle, plus its lightweight Gates Carbon Drive system, the Nano weighs about 8 kilograms (17 pounds).

McCulley named the company after his children, Lily and Oscar–appropriate for a man whose love of bikes originated with his father. “I built my first bike with my dad when I was eight years old and started racing bikes in Devon when I was thirteen. During my teenage years I repaired broken bikes and sold them for a profit.” The Nano may be tiny, but for one lifelong bicycling entrepreneur it is a Mega dream come true. liosfoldingbike.com 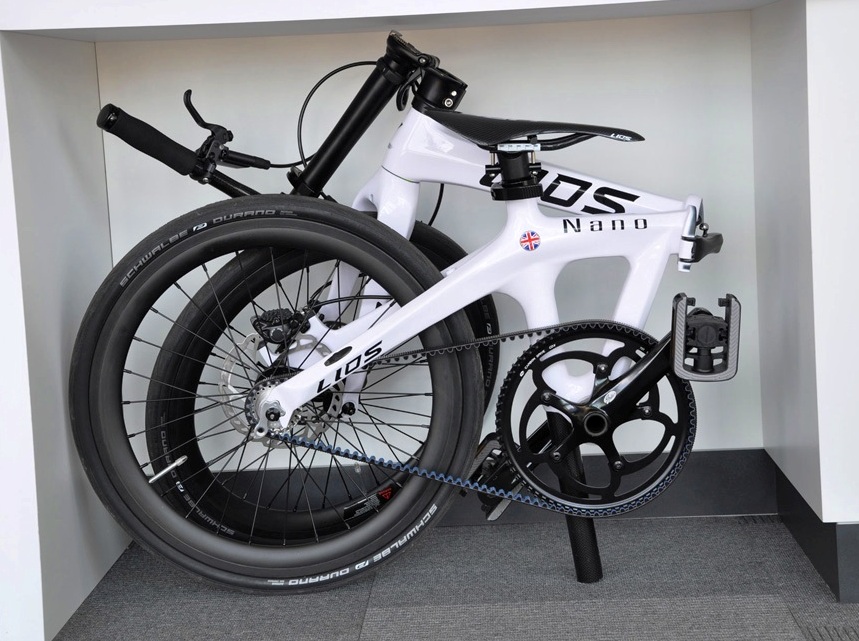