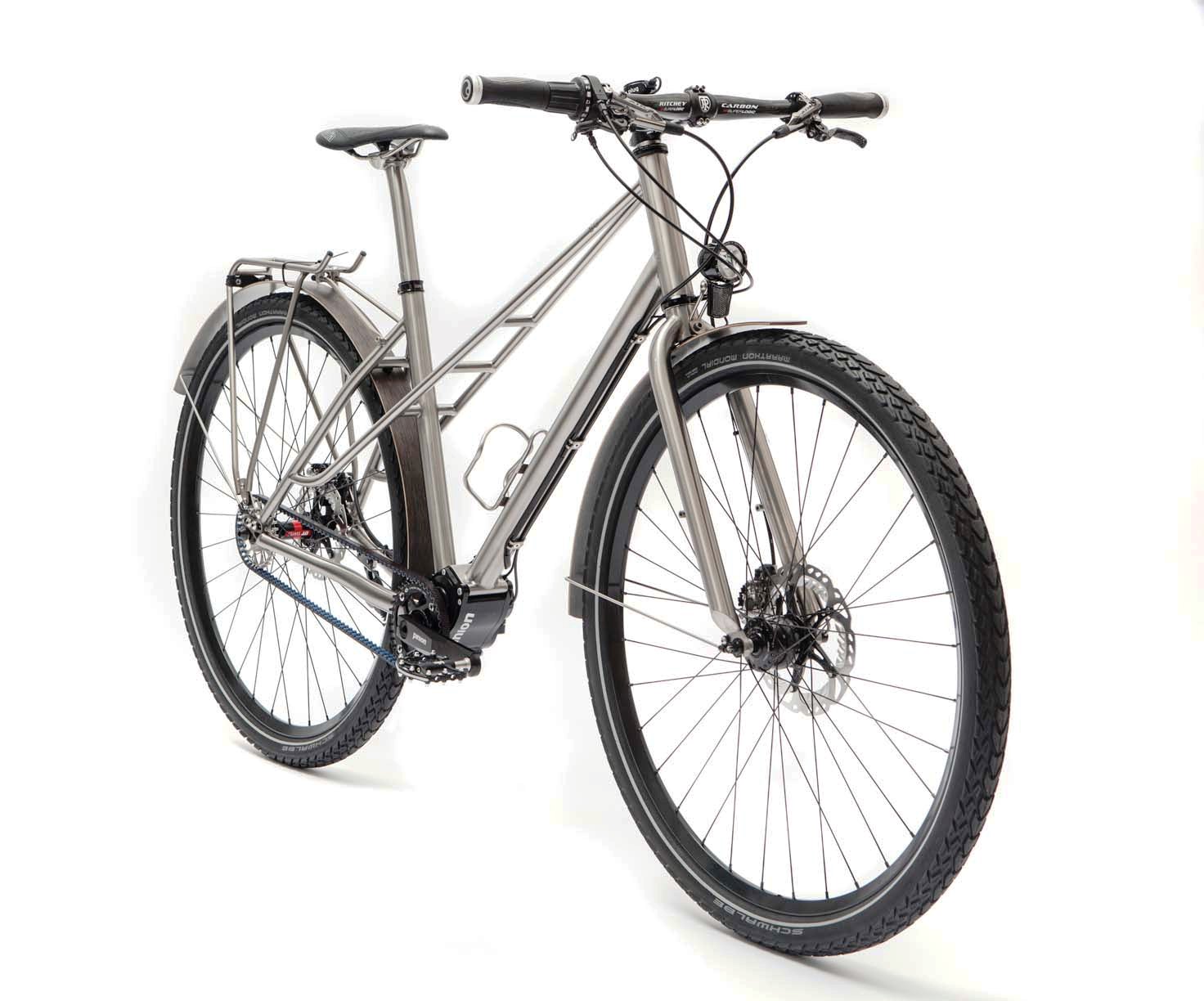 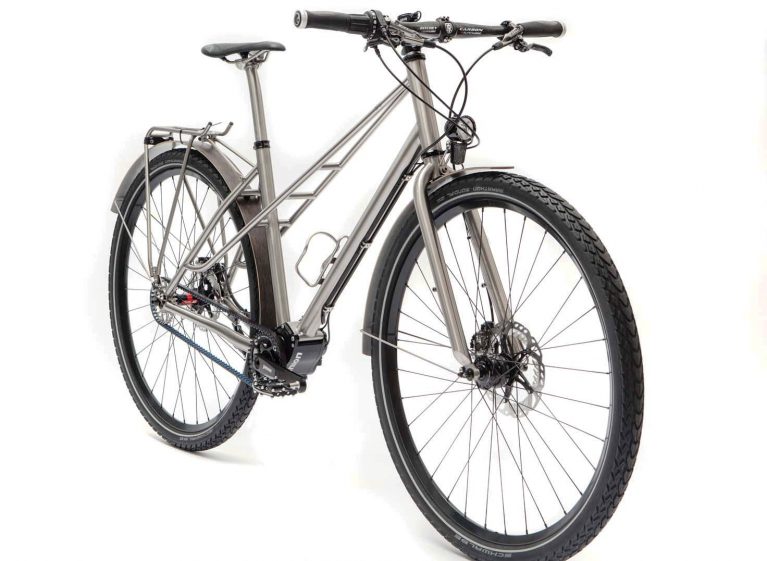 Basel is a northern Swiss city of 175,000 people located on the river Rhine near the borders of Germany and France. It is a cultural and artistic hub of Switzerland known for its museums, theaters and symphony orchestra. It is also a cycling city extraordinaire. Biagio Colletto founded HiLite Bikes here in 2010 following a long career in chemical engineering.

“I was involved in research and development for my entire career and I wanted to create a project for myself,” Colletto says. “I enjoy being my own boss, helping customers fulfill their desires and pushing technical innovation.” 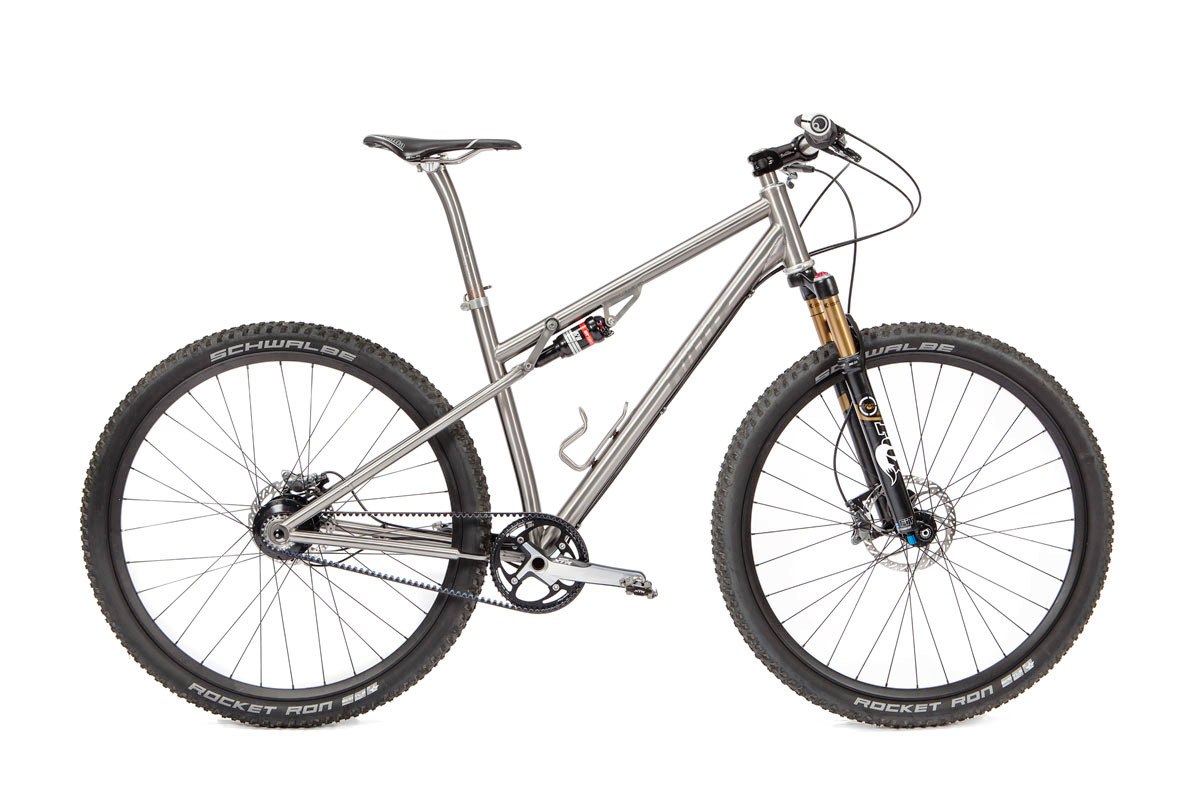 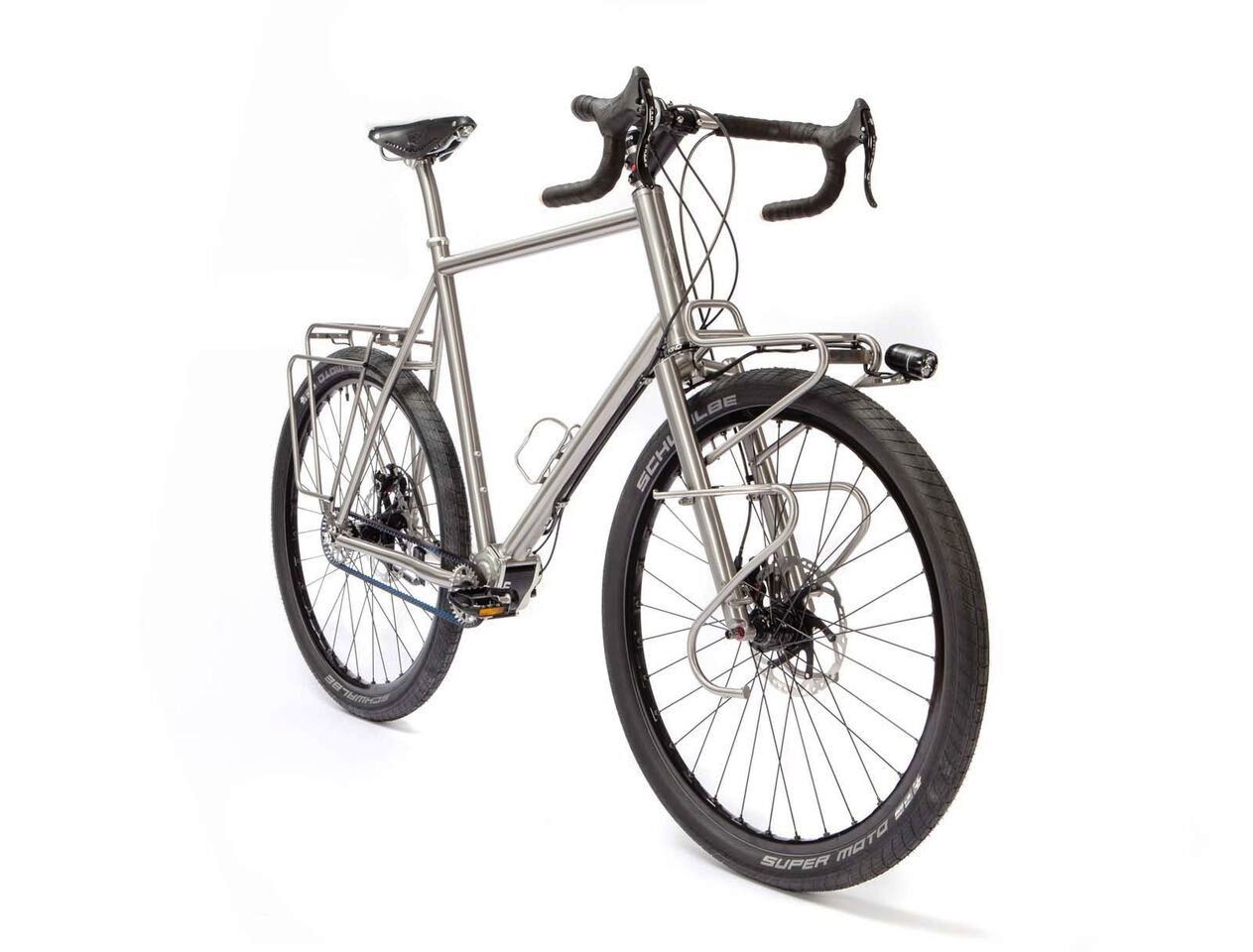 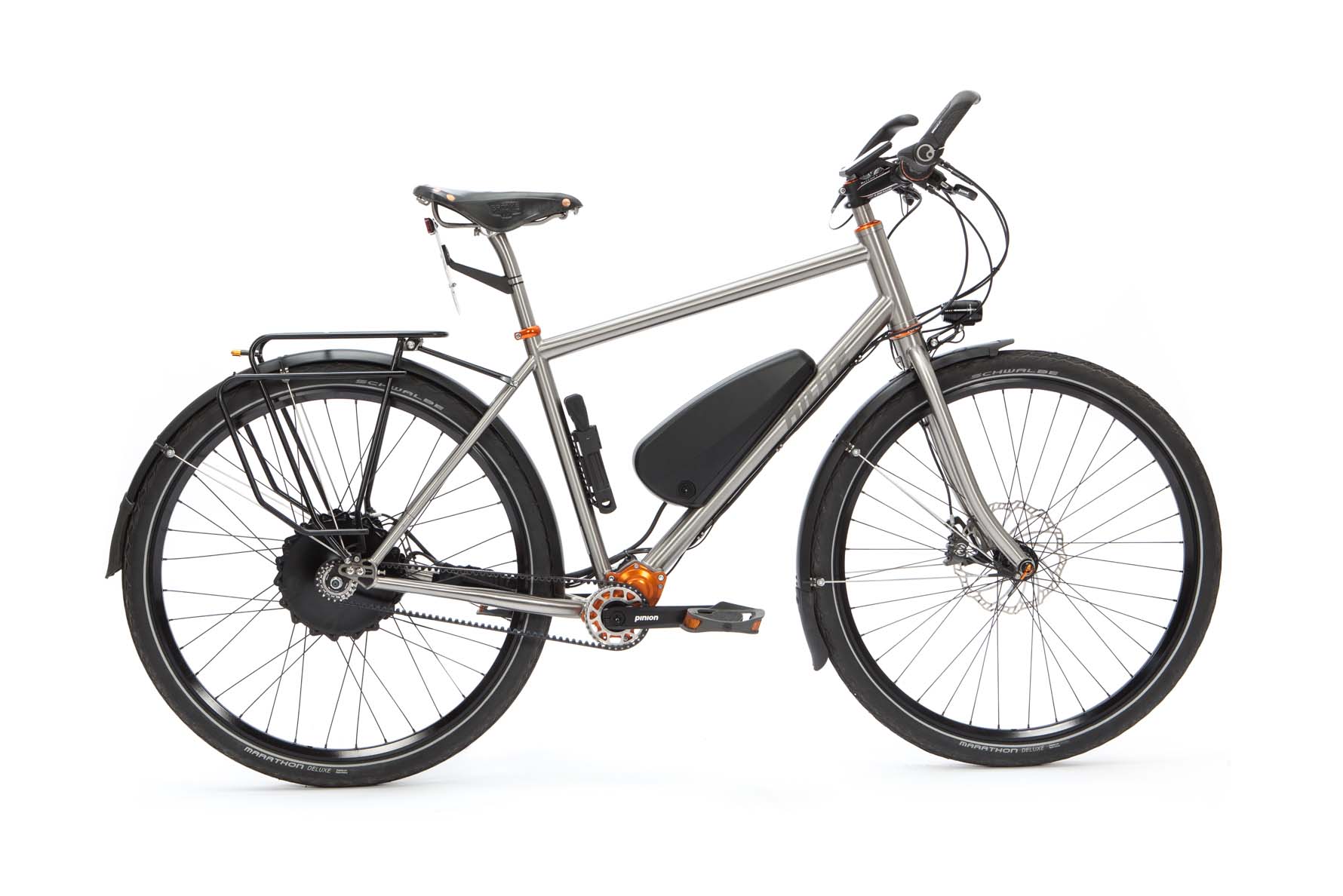 “Our goal is to build pure, raw, honest and sustainable titanium bikes,” Colletto says. “Sometimes we don’t take customers if their desires don’t match our philosophy.”

Colletto is an avid rider who started racing at age 15. At least once per year he embarks on a three-week lightweight bike tour. In 2014 he cycled from Bangkok, Thailand to Kuala Lumpur, Malaysia in 15 days.

“We managed to keep the luggage weight below five kilograms (11 pounds) and maintained a good average speed.”

Colletto compares Basel to Amsterdam or Copenhagen for its bike friendly infrastructure, and he enjoys riding in the nearby Black Forest in Germany, as well as in the French Alsace region famous for its Tour de France hills including Ballon d’Alsace, Grand Ballon and the Planche des Belles Filles. 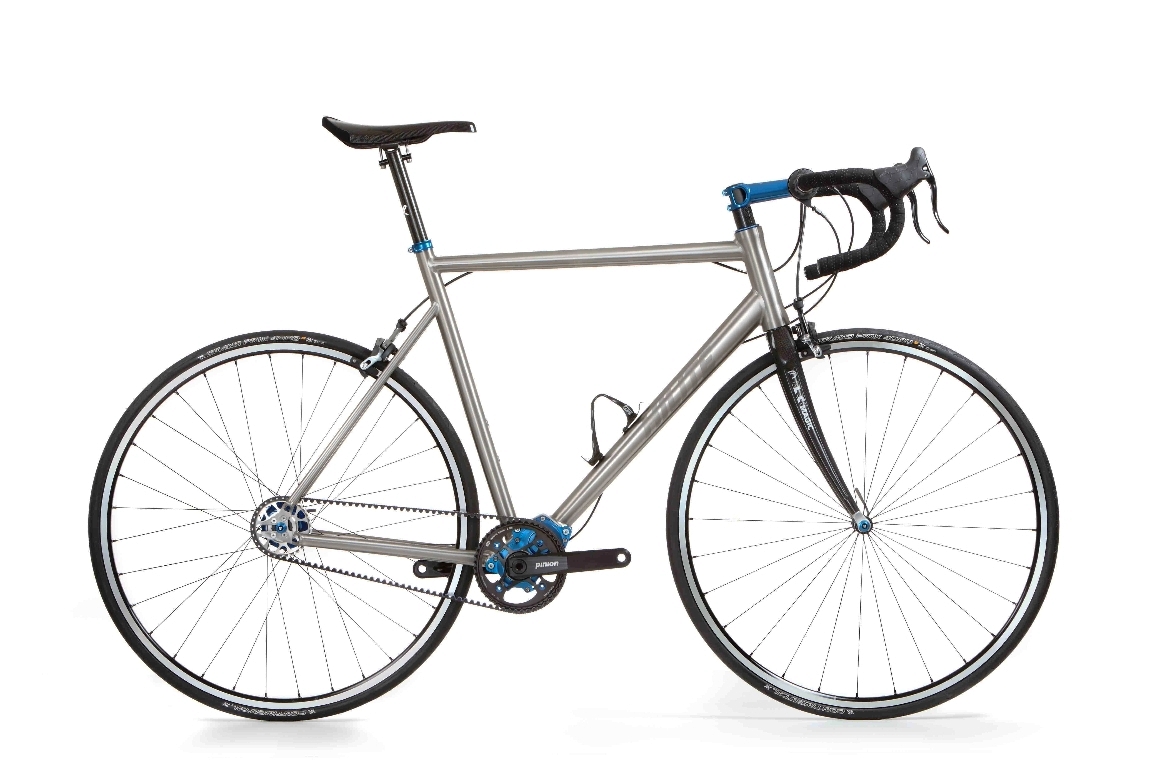 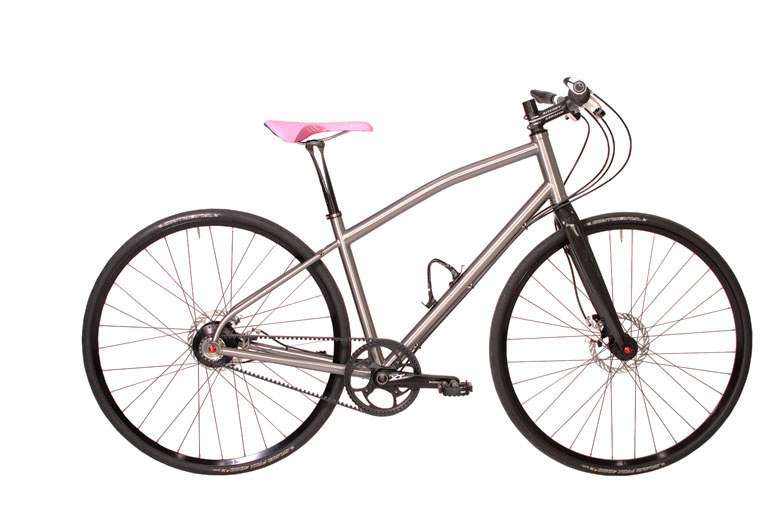 “Hopefully we will have soon an ultralight carbon bike with Gates,” he says.

If you’re in Basel, visit the HiLite Concept Store. It’s on our bucket list of bike shops. And make sure to check their photo gallery if you want to see more Basel style bikes. hilite-bikes.