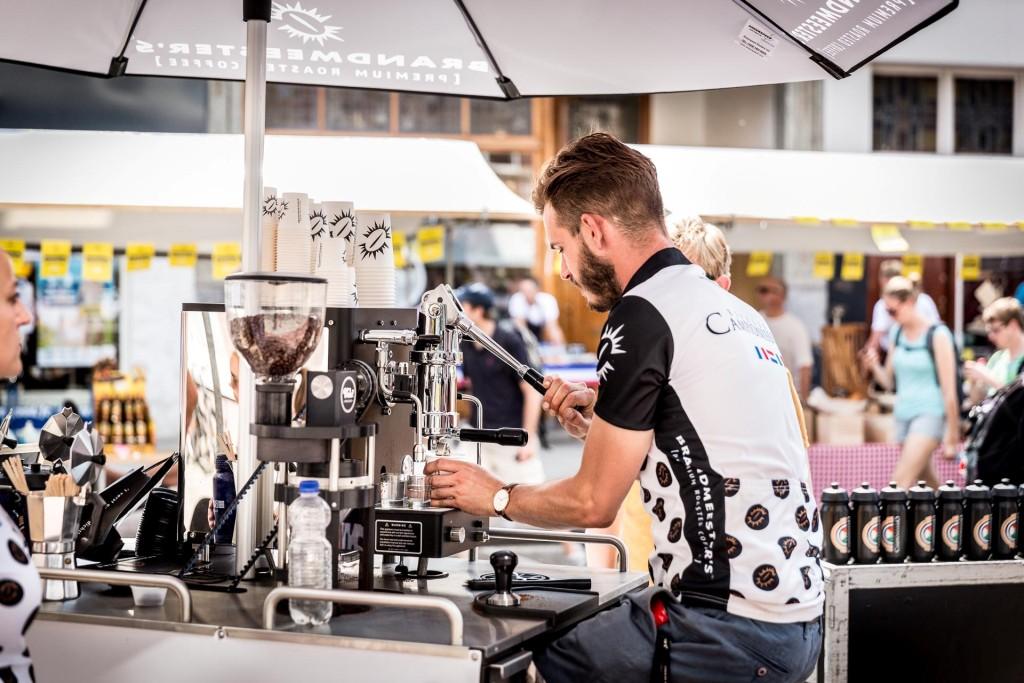 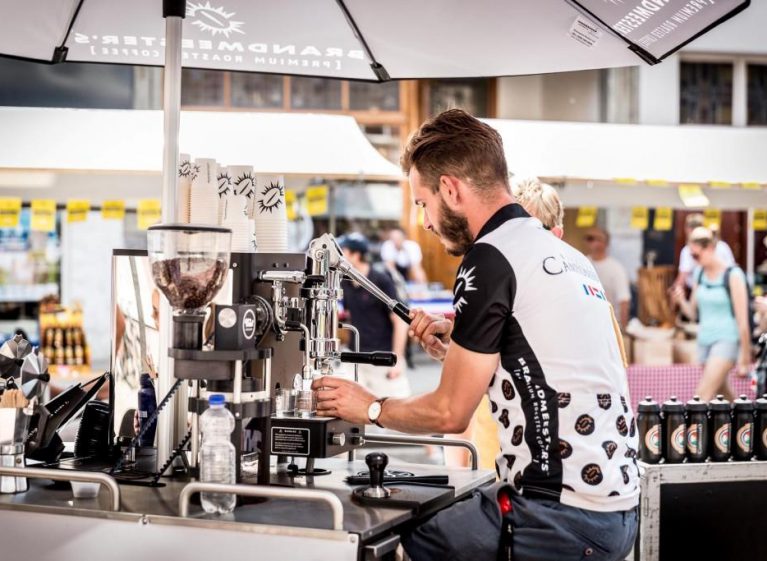 Velopresso Brings the Buzz with its Pedal-Powered Coffee

It’s no joke to say that the guys at Velopresso, makers of the pedal-powered coffee trike, are creating a lot of buzz. They won the Constructor’s Challenge at the Bespoked Handmade Bicycle Show in April. Their MK2 was recently featured on BBC TV, and it has received loads of media attention. Musician David Byrne of the Talking Heads hopped on during his Meltdown festival last summer in London. Former pro rider (and new coffee shop owner) Andy Schleck pedaled the Velopresso at an event in Luxembourg, and Velopresso appeared at the Tour de France for the second straight year when Dutch company Brandmeester’s served coffee at the “grand depart” stage on their MK2.

When the Belted Blog last checked in with Velopresso, founders Amos Field Reid and Lasse Oiva were just beginning production after several years of R&D and prototyping. Now, the UK company’s MK2 coffee trikes are rolling off the production line from their East London factory. Velopresso has sold trikes in Australia, Holland, Switzerland, the United States, Canada, Luxembourg, Spain, France, Puerto Rico and across the UK, including one on the Isle of Wight. Below is the trike sent to the Bean Peddler in Adelaide, Australia. 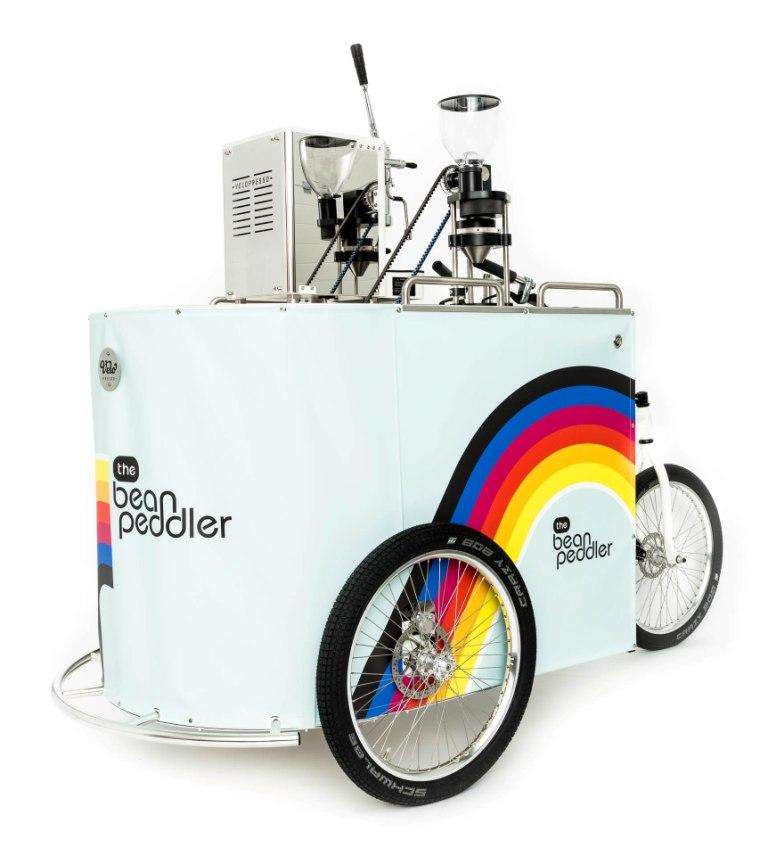 The Velopresso is so appealing because it combines the healthy and fun aspects of bicycling with our love of coffee. The MK2 allows mobile coffee shops to set up on any street corner, with a low carbon footprint. We like it because the MK2 uses two Gates Carbon Drive belts – one to propel the trike and another to power the grinder. You don’t want a dirty chain near your beans. 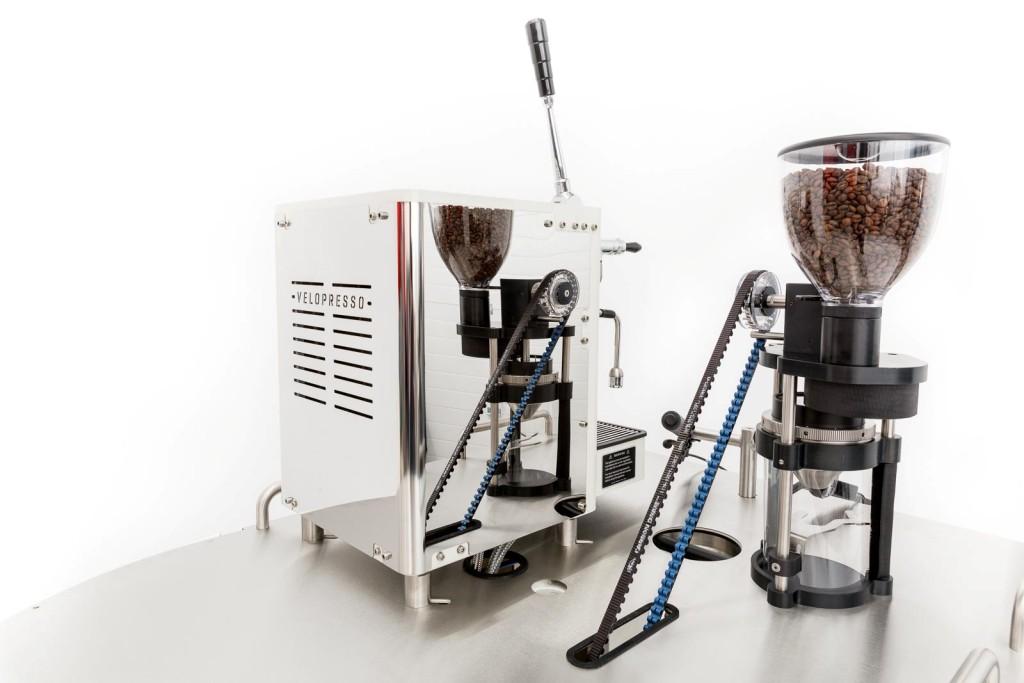 Here’s a look under the hood: 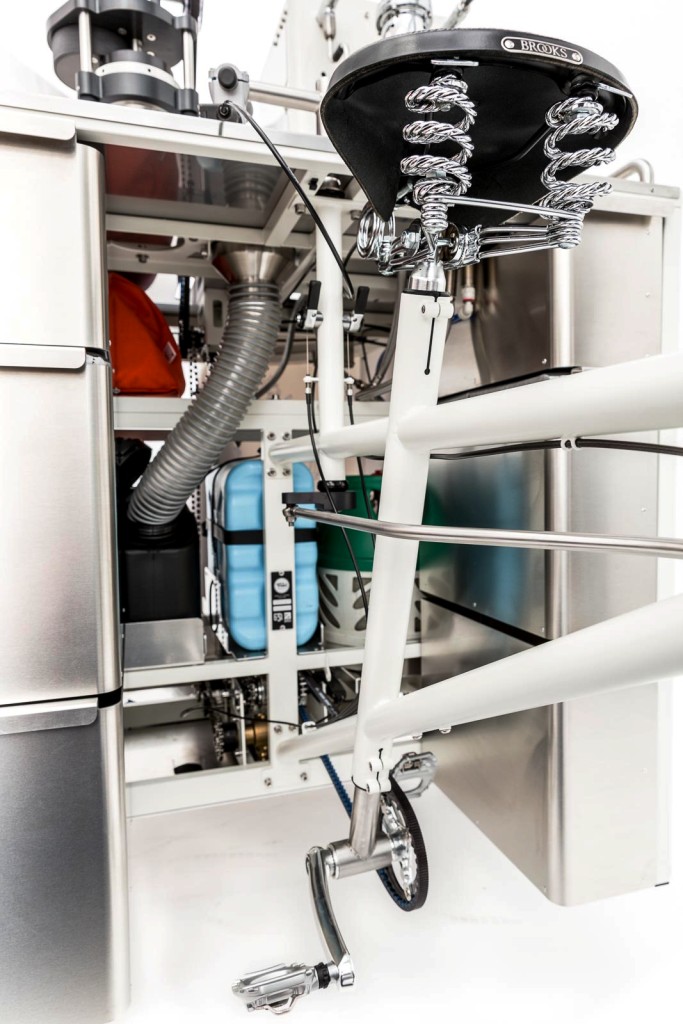 If you want to see how to make a cup of espresso on the MK2, check out the video on the Velopresso site. Time for a hot cuppa. 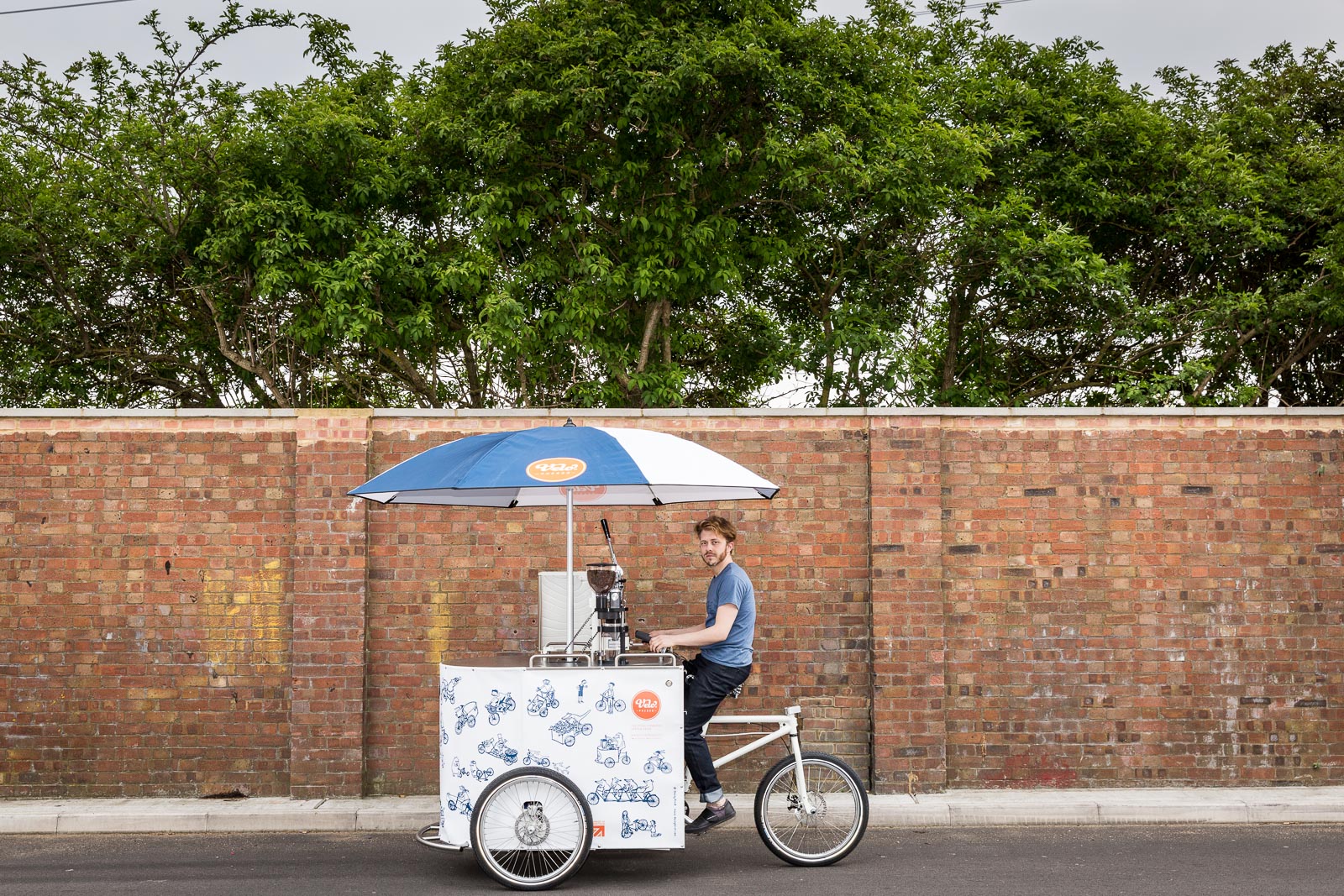