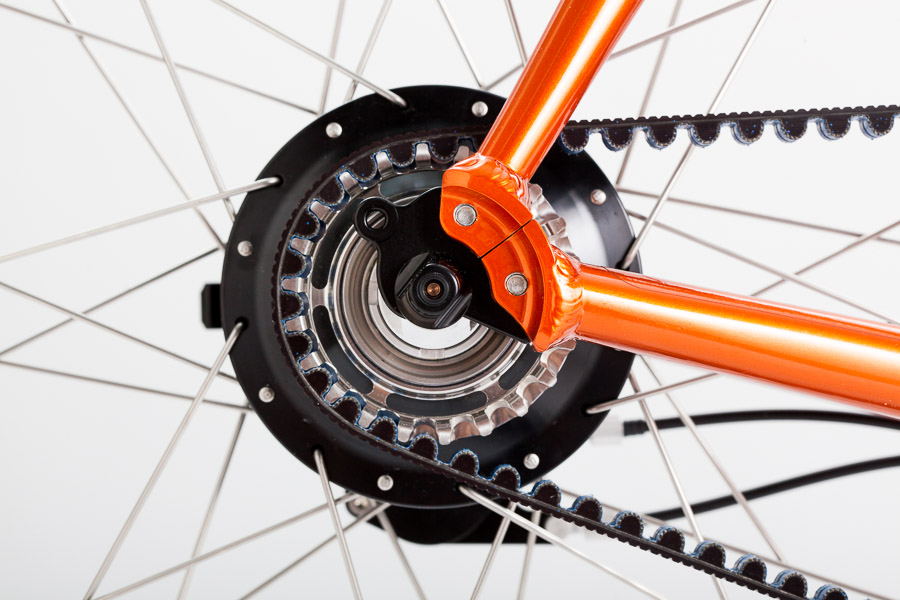 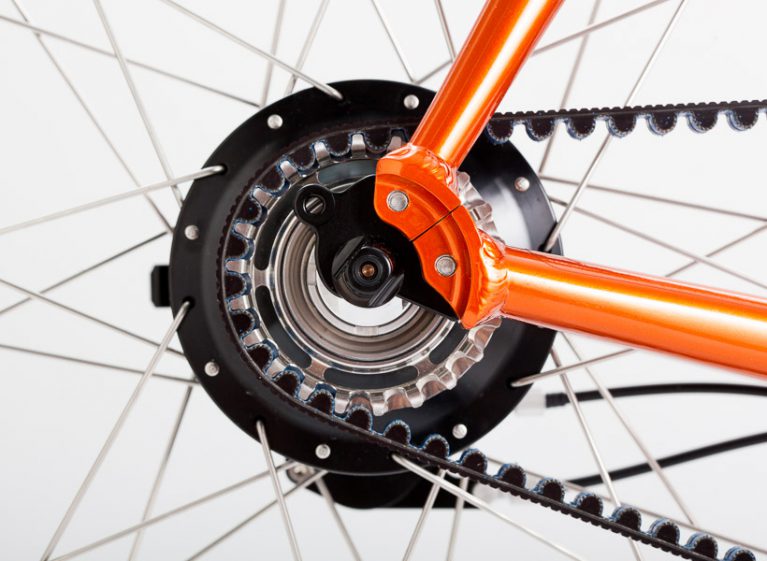 Steve Reinhart is a big ringing Ohio club rider who likes to sprint for town signs and chug uphill out of the saddle. When he saw the Gates Carbon Drive 70-tooth front sprocket, he had to have it. We met Steve last winter at the North American Handmade Bike Show, where he began cooking up his plans for this custom Ristretto road bike from Co-Motion. Despite the big sprocket, Steve says the wide range of the Rohloff Speedhub provides plenty of low gearing for Ohio’s punchy climbs. 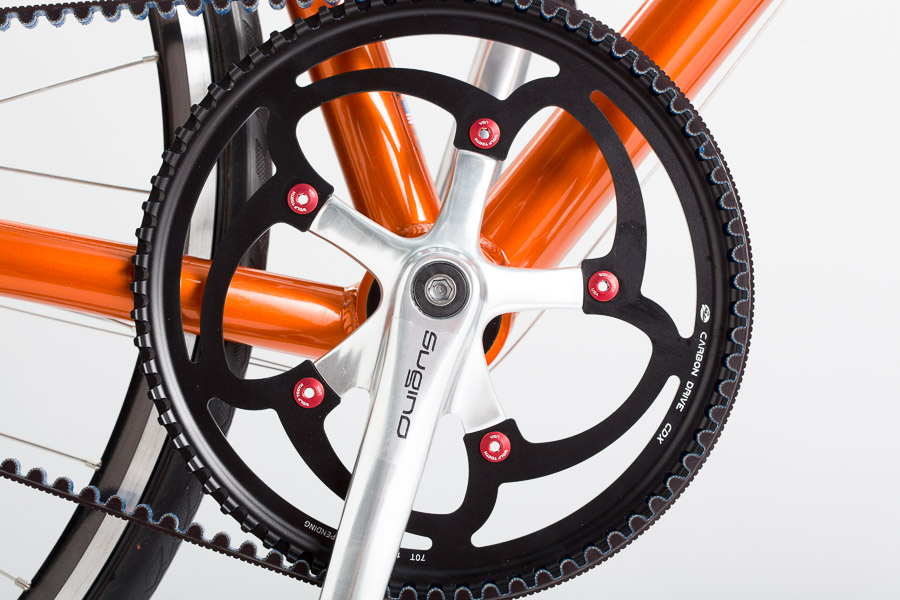 The bike has a Phil Woods square taper bottom bracket, Sugino cranks, an Enve carbon fork and weighs just under 20 pounds on a 58 cm frame. Steve worked with Cycle Monkey on the Rohloff wheel build. “The bike is a beautiful and fun machine to ride,” he says. “I just crossed the 1,000-mile mark with the Ristretto and am amazed at the smoothness of the Gates belt and the added power transfer when the RPMs increase during long flat runs or sprints for town signs.” One more thing: “If you ever get lost in Columbus, Ohio, let us know and we can take you on an Urban Gorilla Ride, which may involve a brewery.” We may take you up on that, Steve. 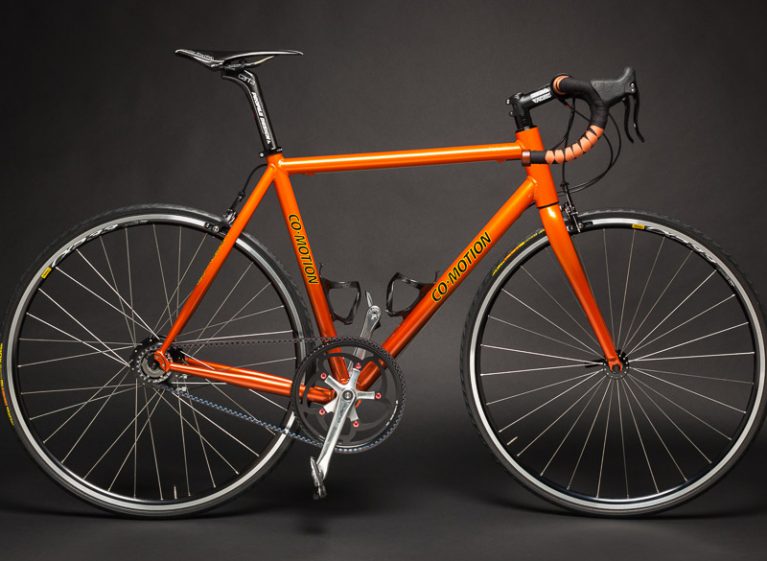 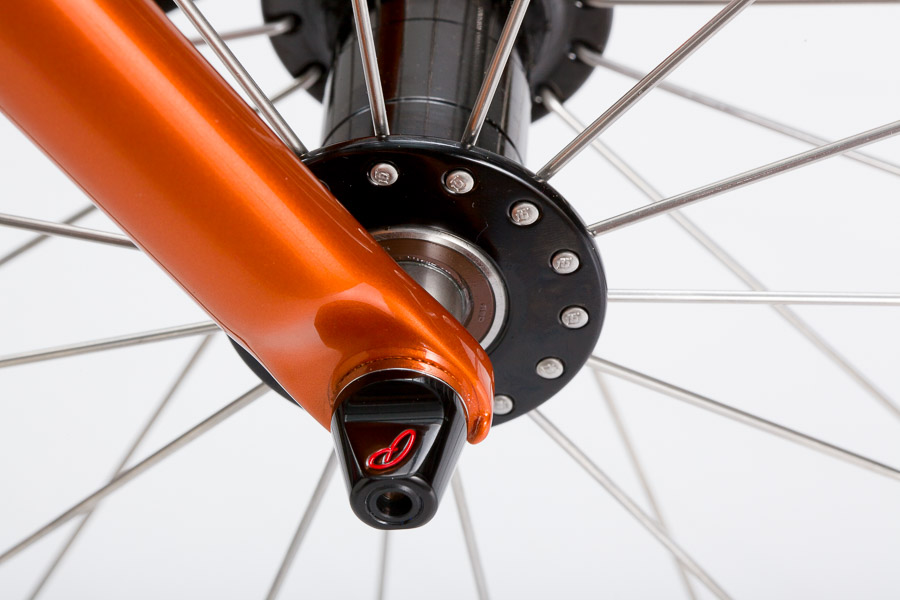 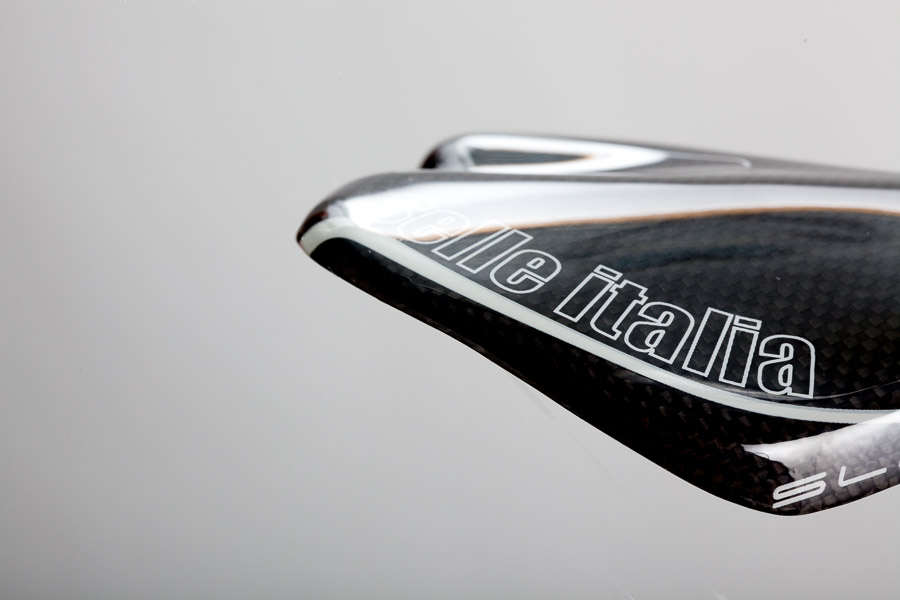