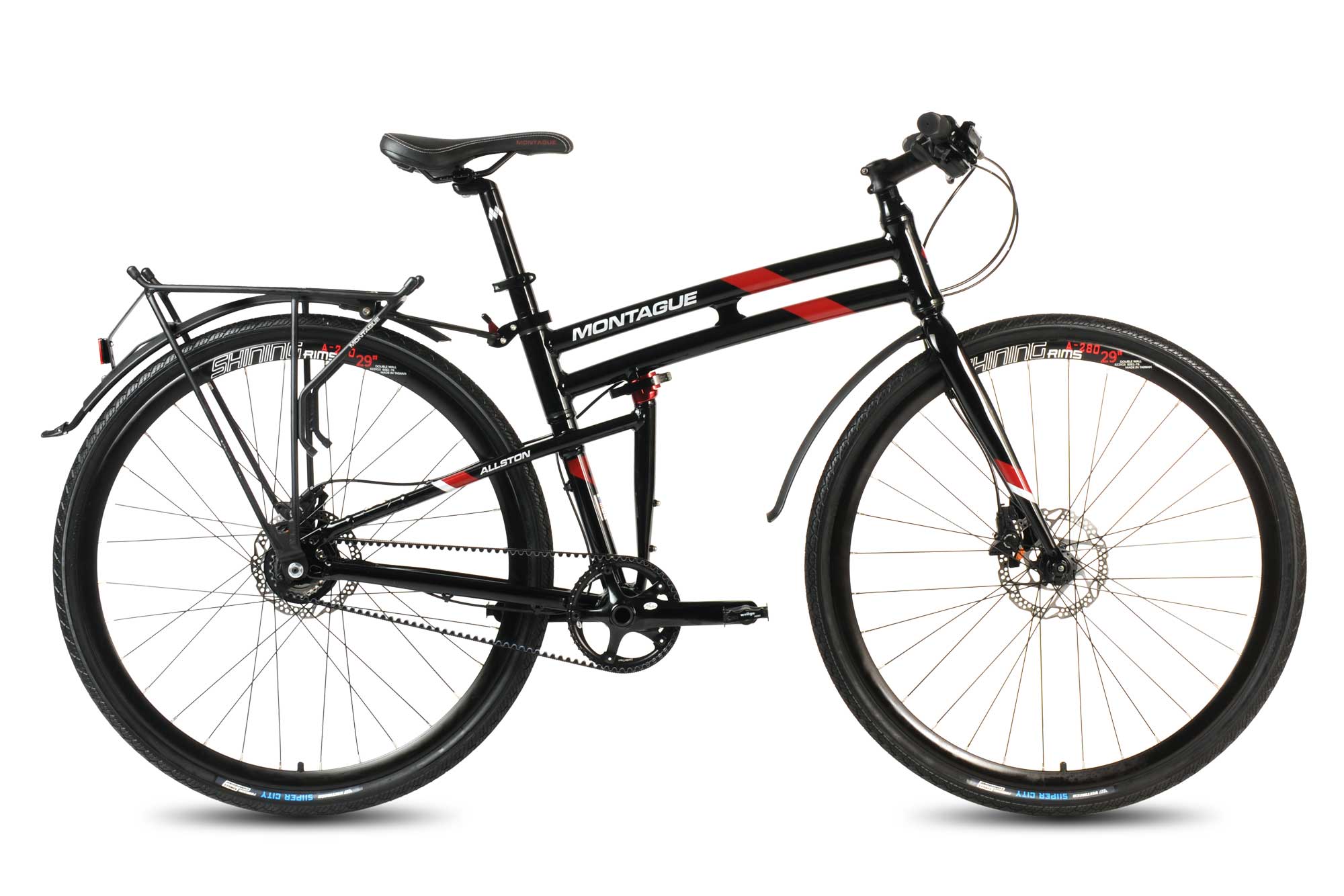 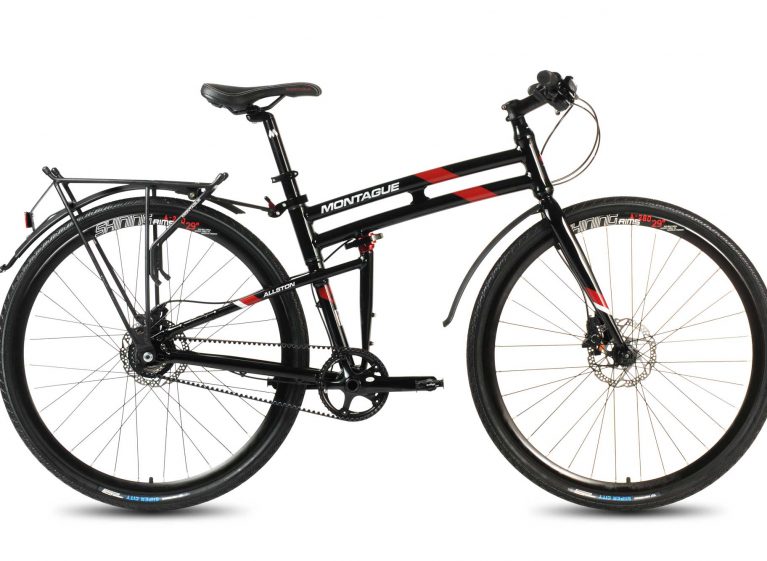 Brainy and Belted in Boston

Montague is a Boston-area bike company launched in 1987 as a university project at the Massachusetts Institute of Technology, one of America’s most prestigious and brainy schools. Montague makes full-size folding bikes–no small wheels or downsized frames. The company’s motto is “real bikes that fold.”

The frames are strong and rigid, Montague says, because the top tubes are not cut. Instead, the frames fold at the intersection of the top tubes and seat tube. The patented DirectConnect system automatically locks when unfolded. Another nice innovation is Montague’s RackStand, a rear luggage rack that doubles as a bike stand. 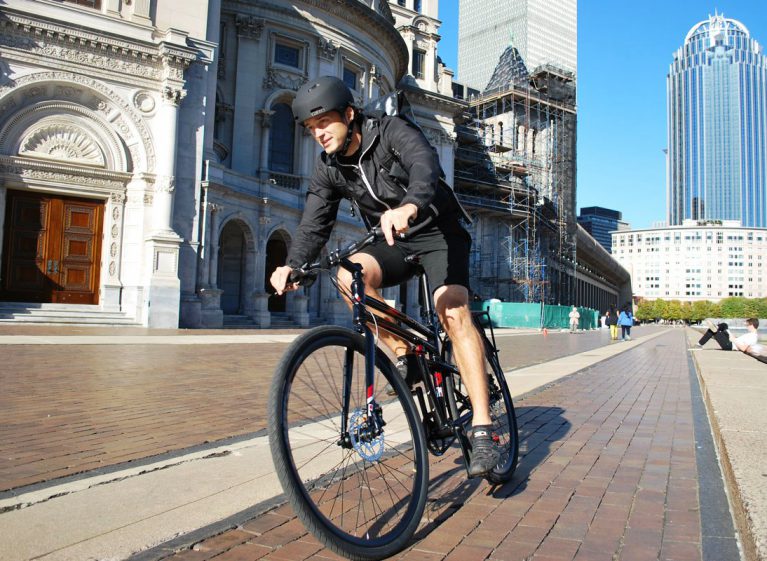 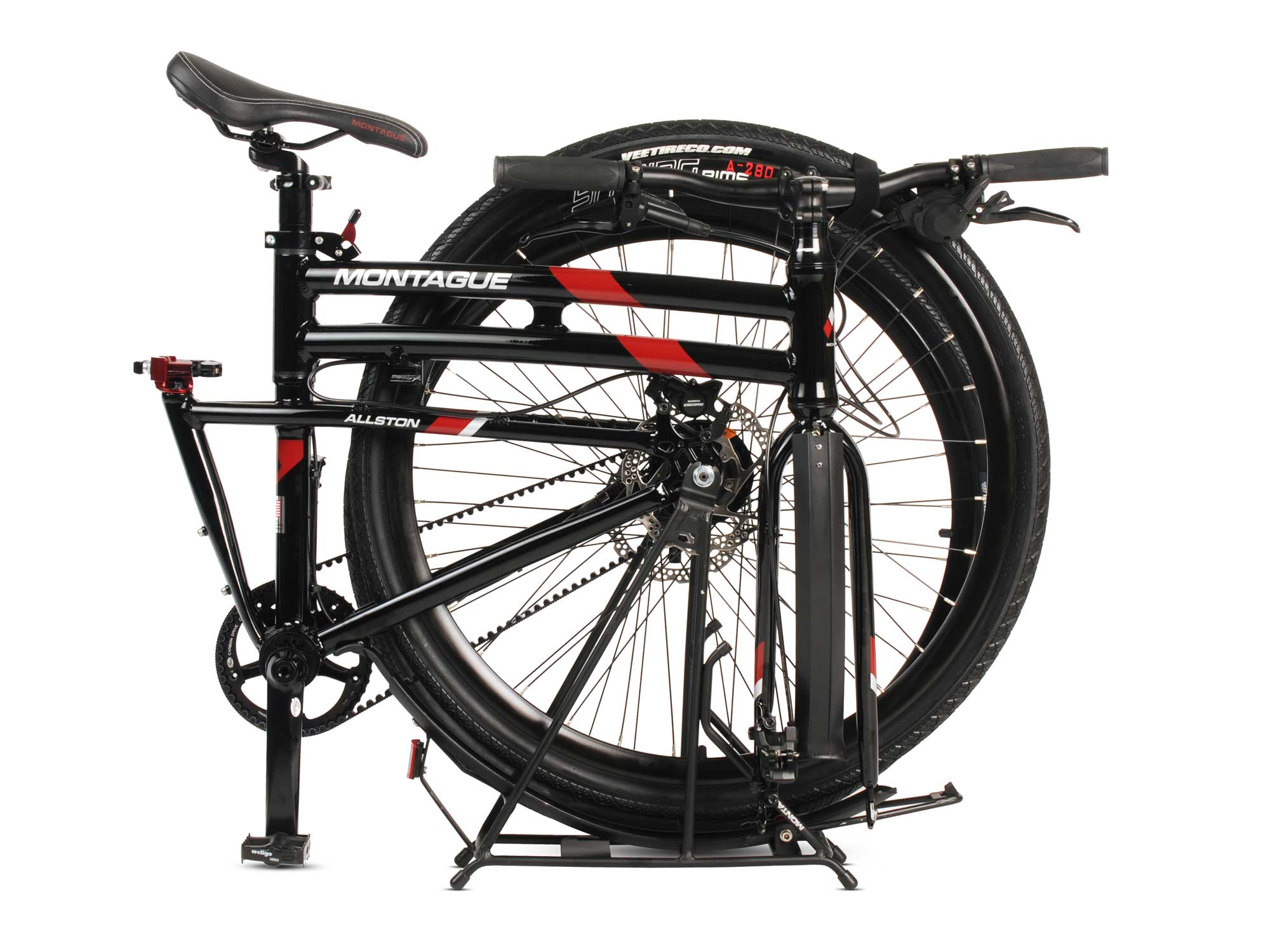 Montague has won multiple awards and honors over the years. In 1997, Montague received a grant from the Defense Advanced Research Project Agency (DARPA) to create a tactical mountain bike for the U.S. Marine Corps. The bike was called the Paratrooper, because soldiers could jump from planes with it strapped to their chest. 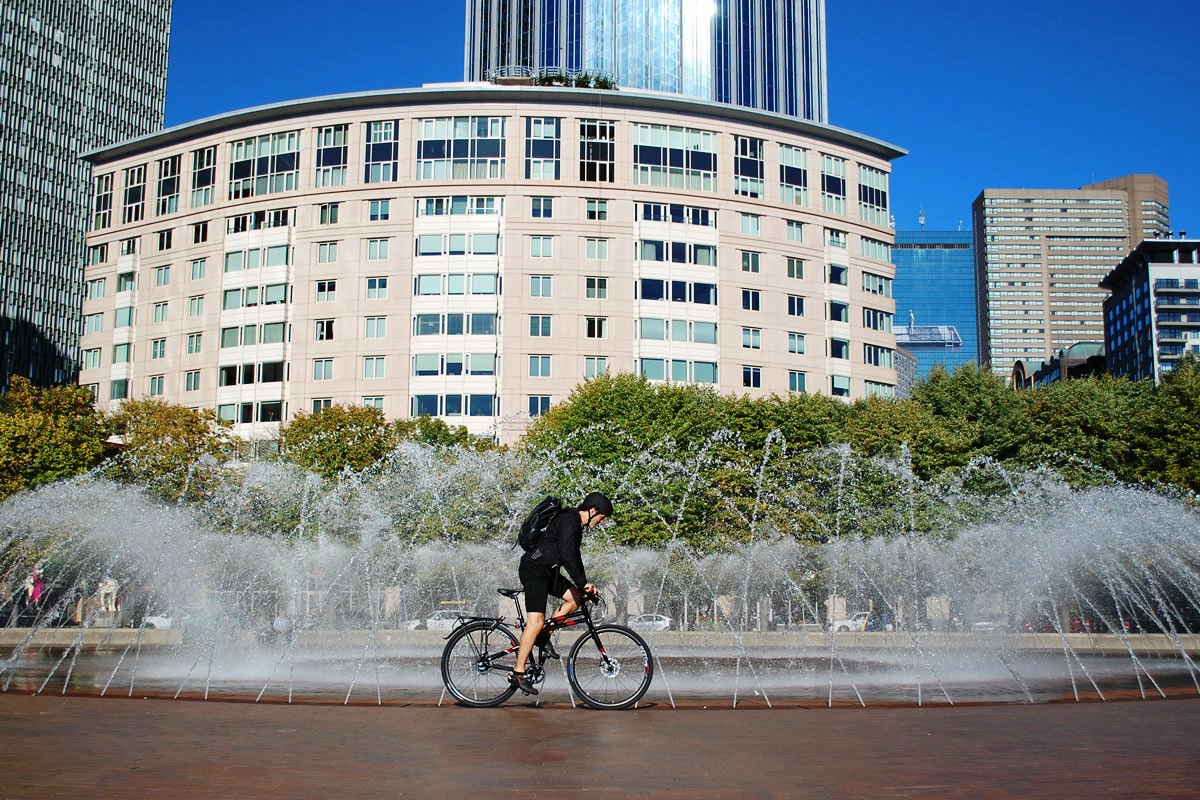 Today, Montague, which is based in the university hub of Cambridge, Massachusetts, is working to get people out of cars and onto bikes. “The bike commuting scene is growing in Crambridge and Boston,” Vandenberg says. Montague has partnered with the state to create Park & Pedal, a network of free parking spaces that allow commuters to park their cars and ride the final miles to work, avoiding inner-city rush-hour traffic and congestion. It’s one more brainy idea that is advancing the bicycle revolution. montaguebikes.com