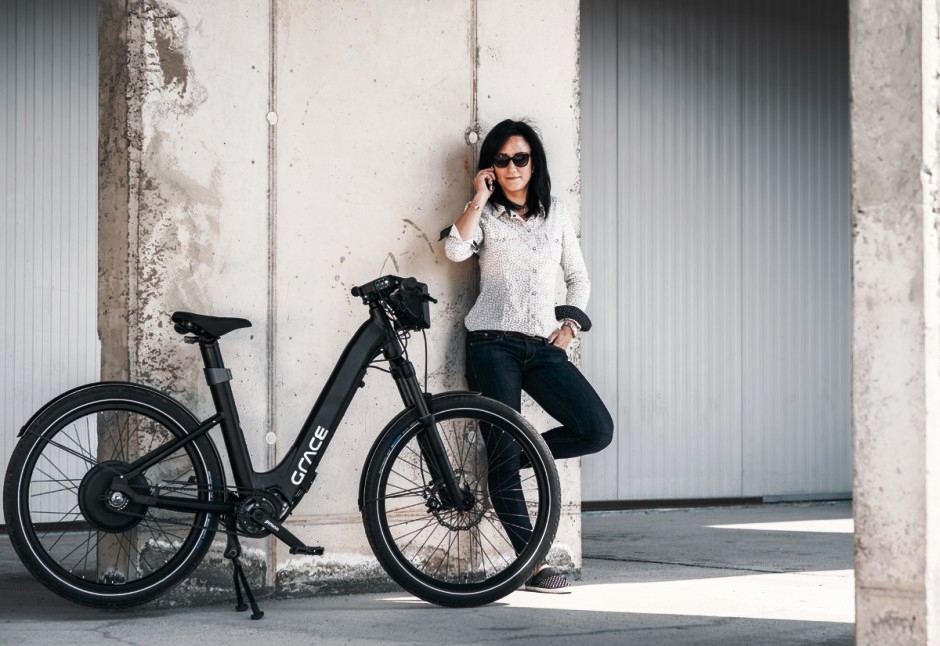 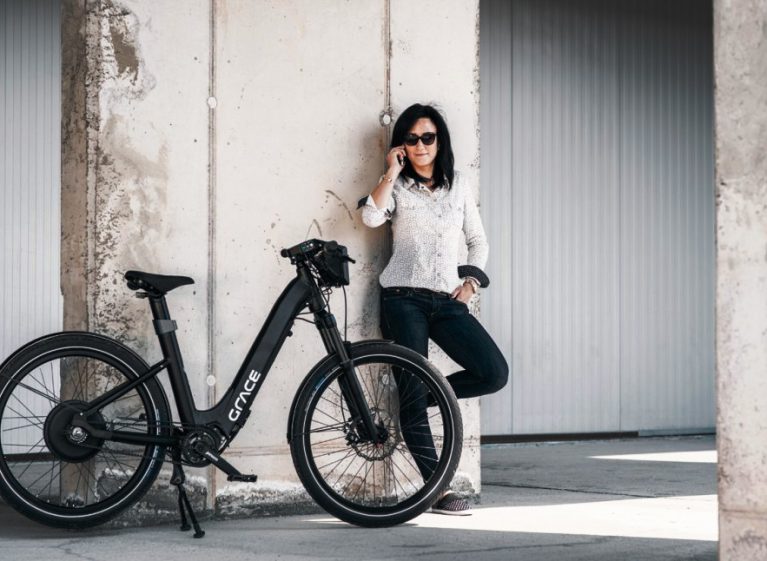 Germany is at the epicenter of an electric bike boom that is transforming the European bicycle market–and shaping pedelec trends from North America to Asia. In this post we shine a spotlight on two German brands – Grace and Steppenwolf – at the forefront of the eBike movement. Both have launched new 2016 models with Gates Carbon Drive.

The Grace Easy is a sporty urban pedelec kitted out with fenders, rack and lights, a suspension fork, and BionX hub motor for fast city riding. Grace is an award-winning electric bike brand that was among the first to integrate batteries into its frames for a seamless style. That intelligent design is shown below on the Urbanic. With its smartly styled step-through frame the Urbanic includes a fast-accelerating GoSwiss Drive rear hub motor and nine-speed Pinion gearbox. 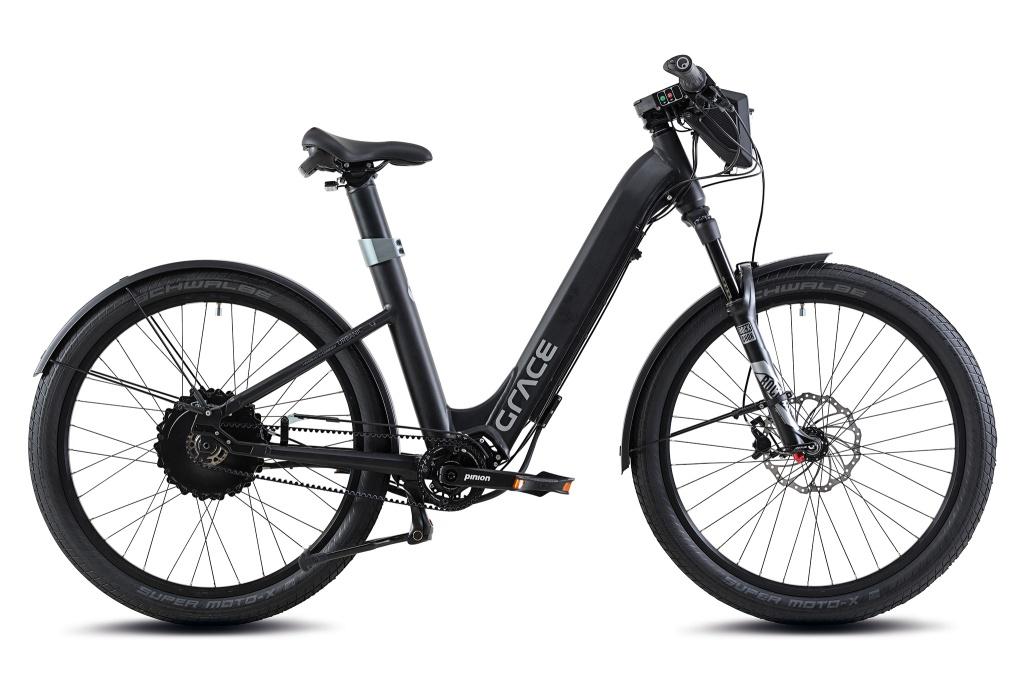 The blue bomber below is the Grace MX II Urban, a supercharged city eBike with a Brose mid-motor drive integrated into the bottom bracket and a NuVinci continuously variable planetary hub for seamless shifting. Gates’ laboratory testing shows that Carbon Drive belts are especially advantageous on mid-drive motor eBikes, which rapidly wear out chains. 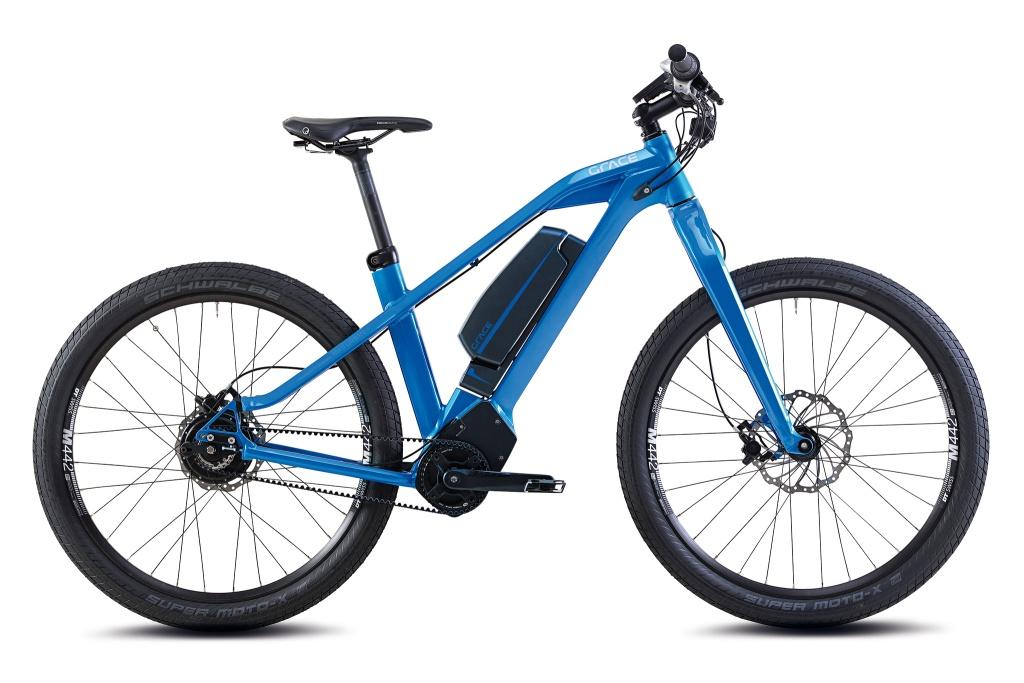 Steppenwolf, whose motto is, “The wolf hunts best in town,” is a sister brand of Grace and is owned by the same parent company, Mifa-Bike, headquartered in Sangerhausen, Germany. While Grace makes only eBikes, Steppenwolf is a respected 20-year-old brand that makes both electric and classic pedal-powered bikes with Gates belts. The step-through Talis E 20th Wave below is powered by a Brose mid-drive motor connected to a NuVinci hub via a Gates belt. 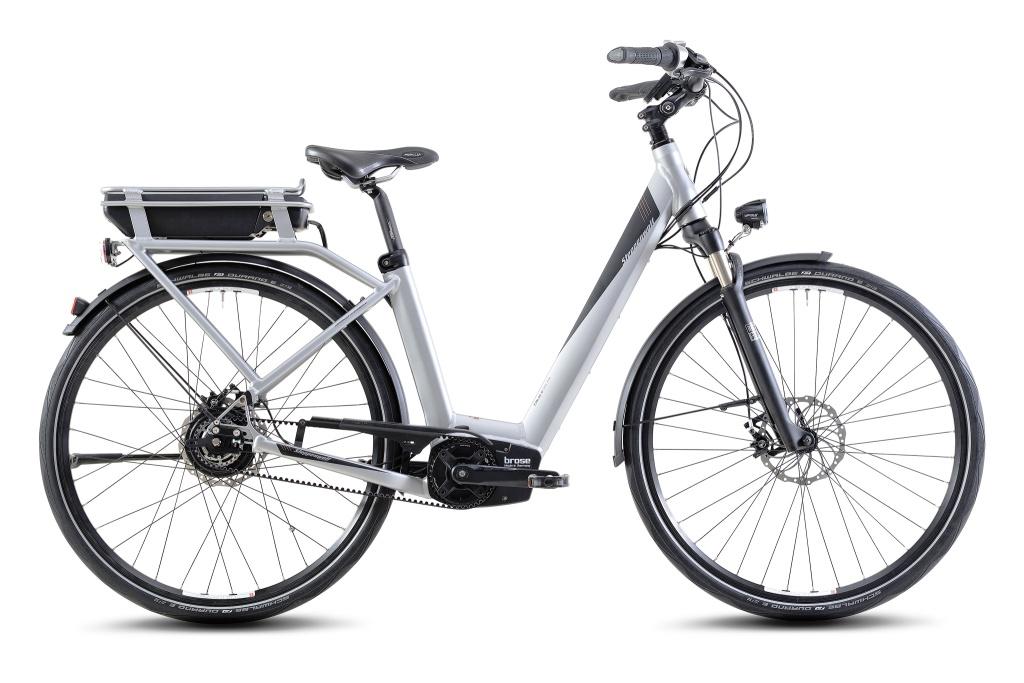 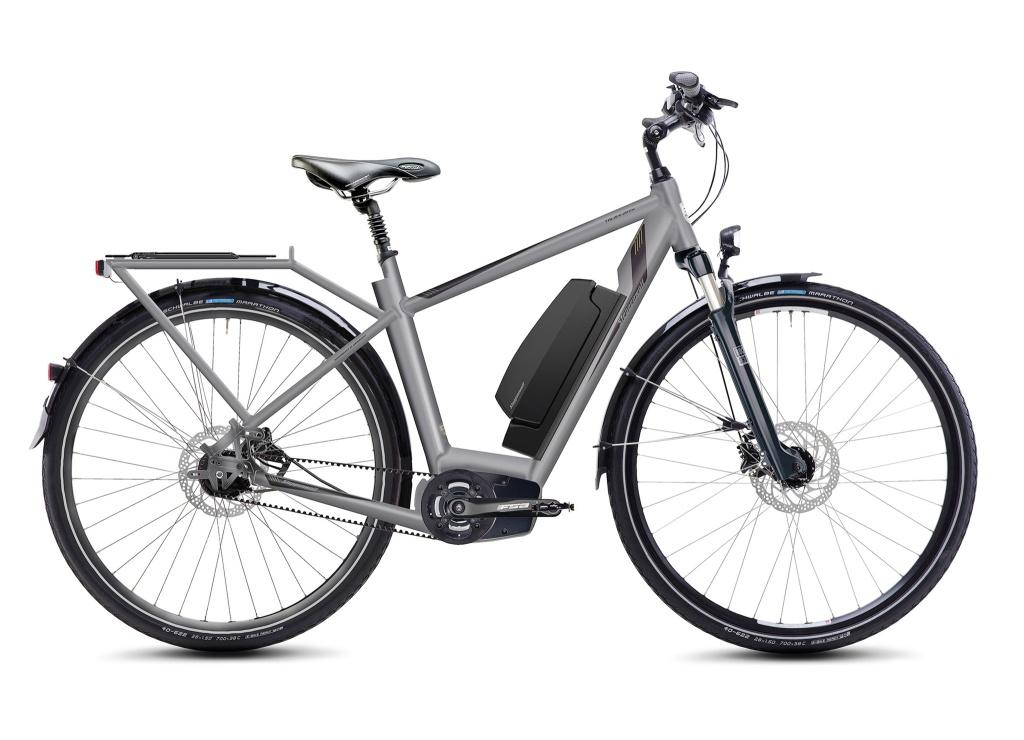 The Talis E 20th Men above has a classic eBike aesthetic and is powered by a Brose mid-drive motor with a NuVinci planetary hub shifting system. Steppenwolf also makes multiple non-electric models with Gates Carbon Drive including the 2016 Talis Street 8.5. This practical ride has a Shimano Alfine eight-speed internally geared hub and a full urban kit including fenders and dynamo hub lights for fast and low-maintenance commuting. 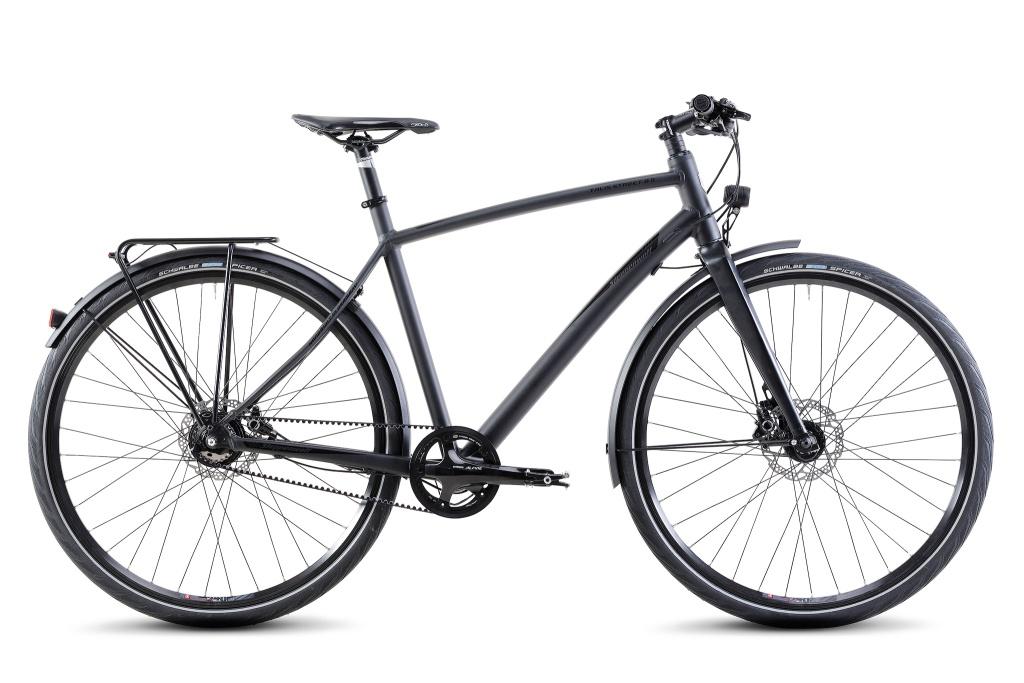 Thanks to Steppenwolf, Grace and Mifa-Bike for helping to advance the belt drive revolution by making it easier for people to get out of their cars and into the saddle. Graceful and wolflike: These are the words that describe the clean, quiet, fast and stylish future of advanced pedelecs and commuter bikes. 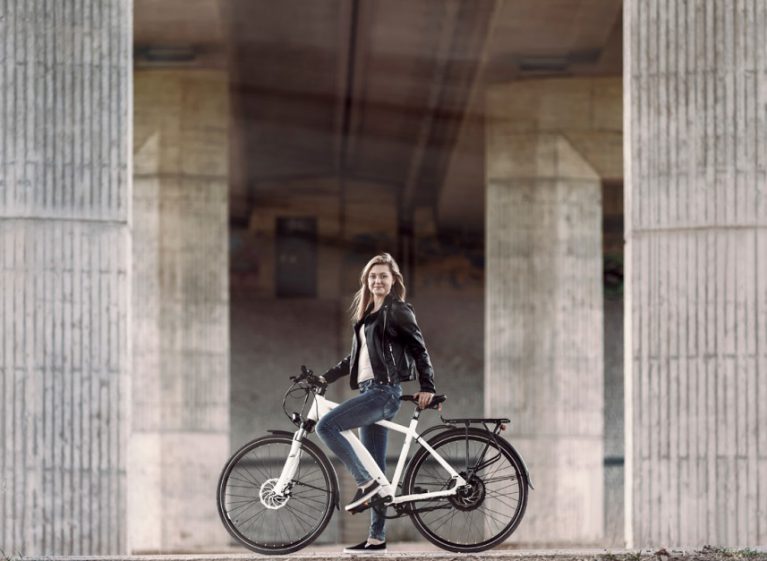