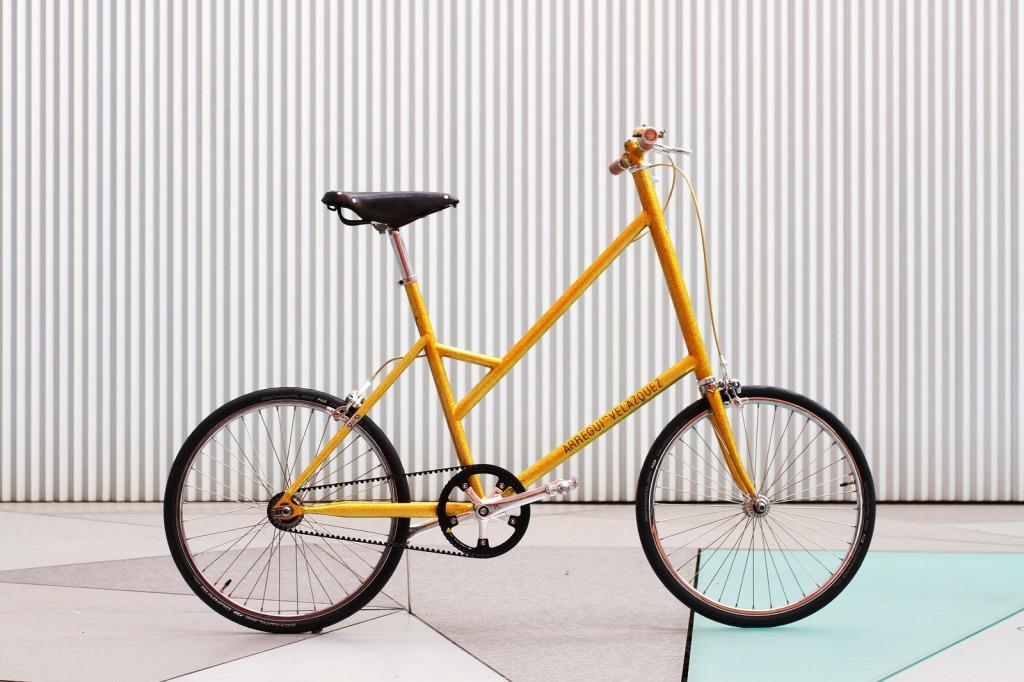 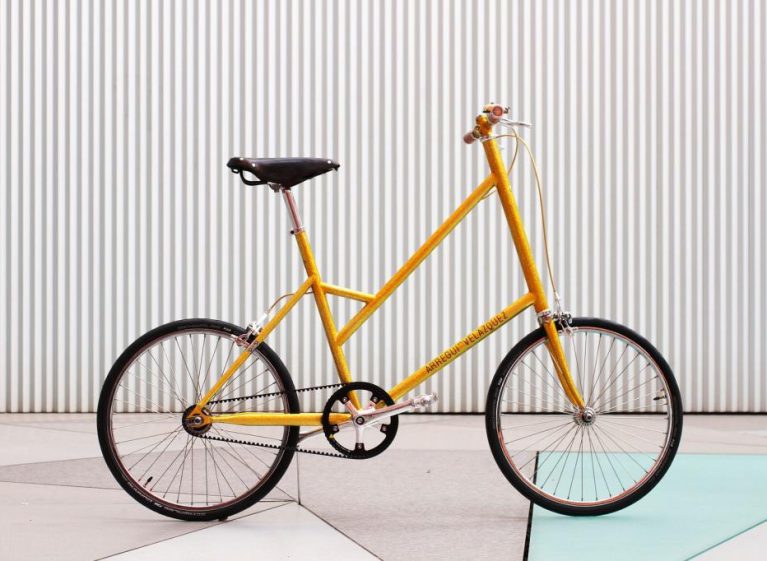 AndrûˋsArregui VelûÀzquez calls this mini velo the Ardilla Dorada, or the “Golden Squirrel” in English. “It is small, silent and agile, just like the animal,” says VelûÀzquez, a custom bike builder in Madrid. He showed the bike at a Paris fashion show last weekend. It’s a true work of art–both inventive and a bit nutty (in true squirrel fashion) with its sparkle finish, prodigious head tube and playful geometry. 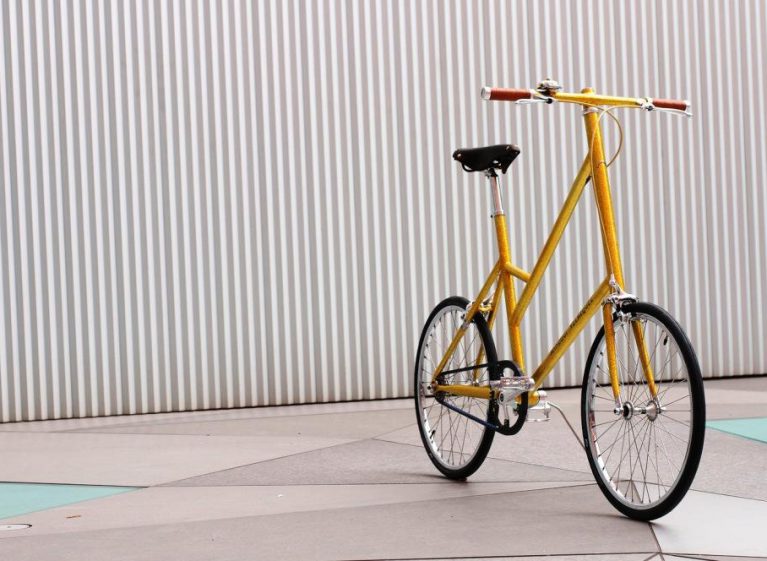 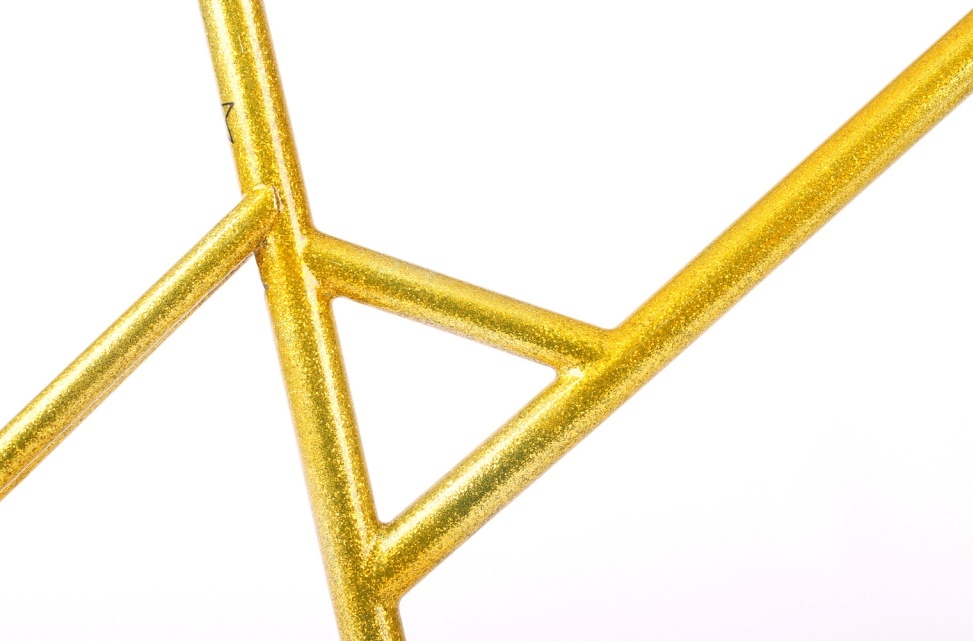 Making bikes is an art and a science for VelûÀzquez, who began welding frames in 2009. He is a co-founder of Ciclos La Universal, a pioneering urban cycling brand in Madrid, and has a PhD in chemical physics.

“I love every part of the process of creating a new bicycle, from the first contact with the customer, the design phase, choosing parts and tubes, filing, brazing, assembly and painting,” he says. “I can give shape to whatever I am capable of imagining.”

VelûÀzquez created the bike below for a client in Germany who wanted a bicycle for both weekday commuting and weekend dirt road riding. See more photos of this bike and the mini velo on Flickr.

VelûÀzquez enjoys riding in Madrid and is proud to advance bicycle use in the city. “The cycling scene has changed really fast in the last five years. It’s growing fast and that’s great.” Madrid has a public bike sharing system, similar to Paris and New York and many other cities around the globe. “We need to get rid of most cars from the center of the city,” he says. Yes, to make way for more golden squirrels. arreguivelazquez.com 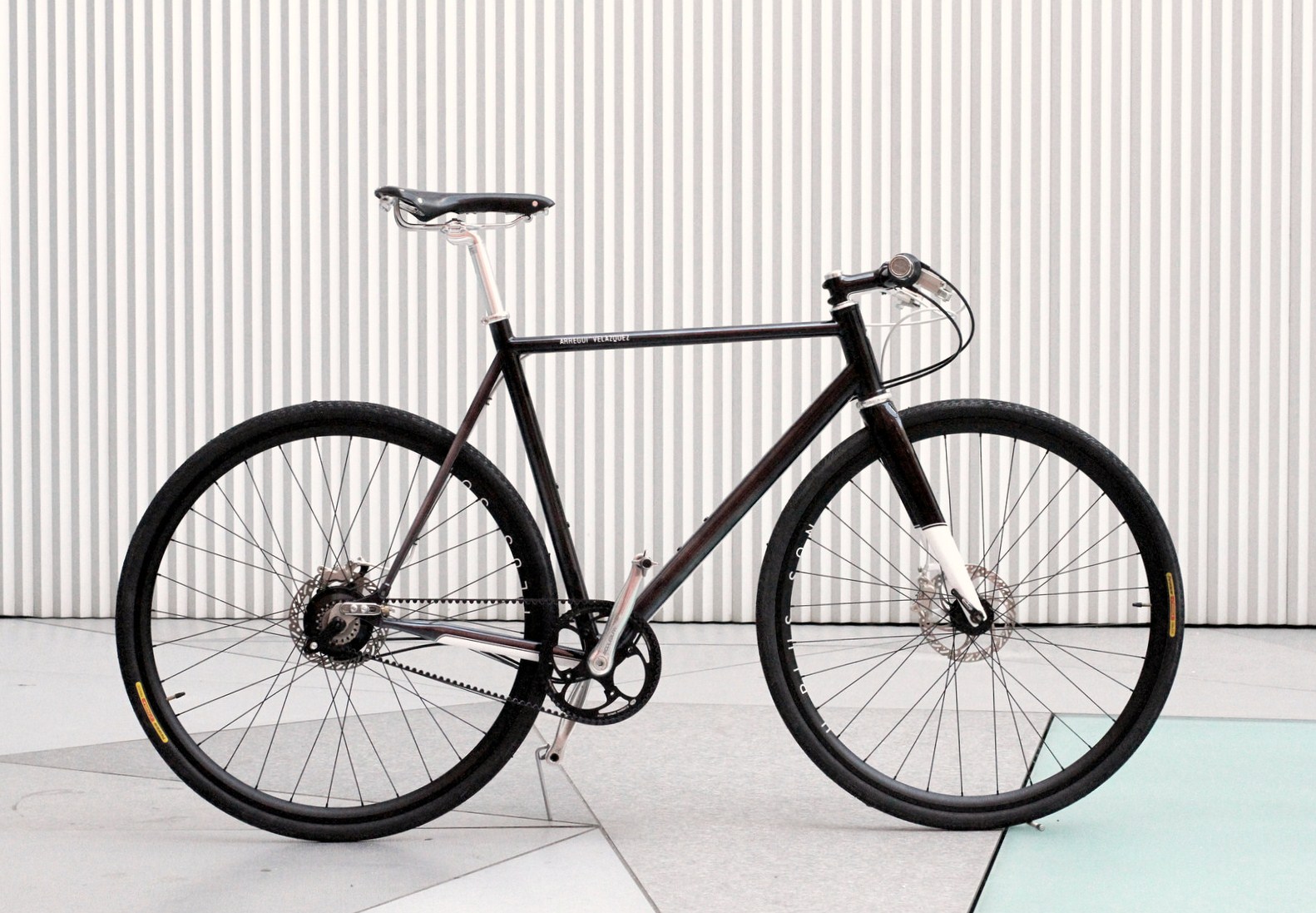 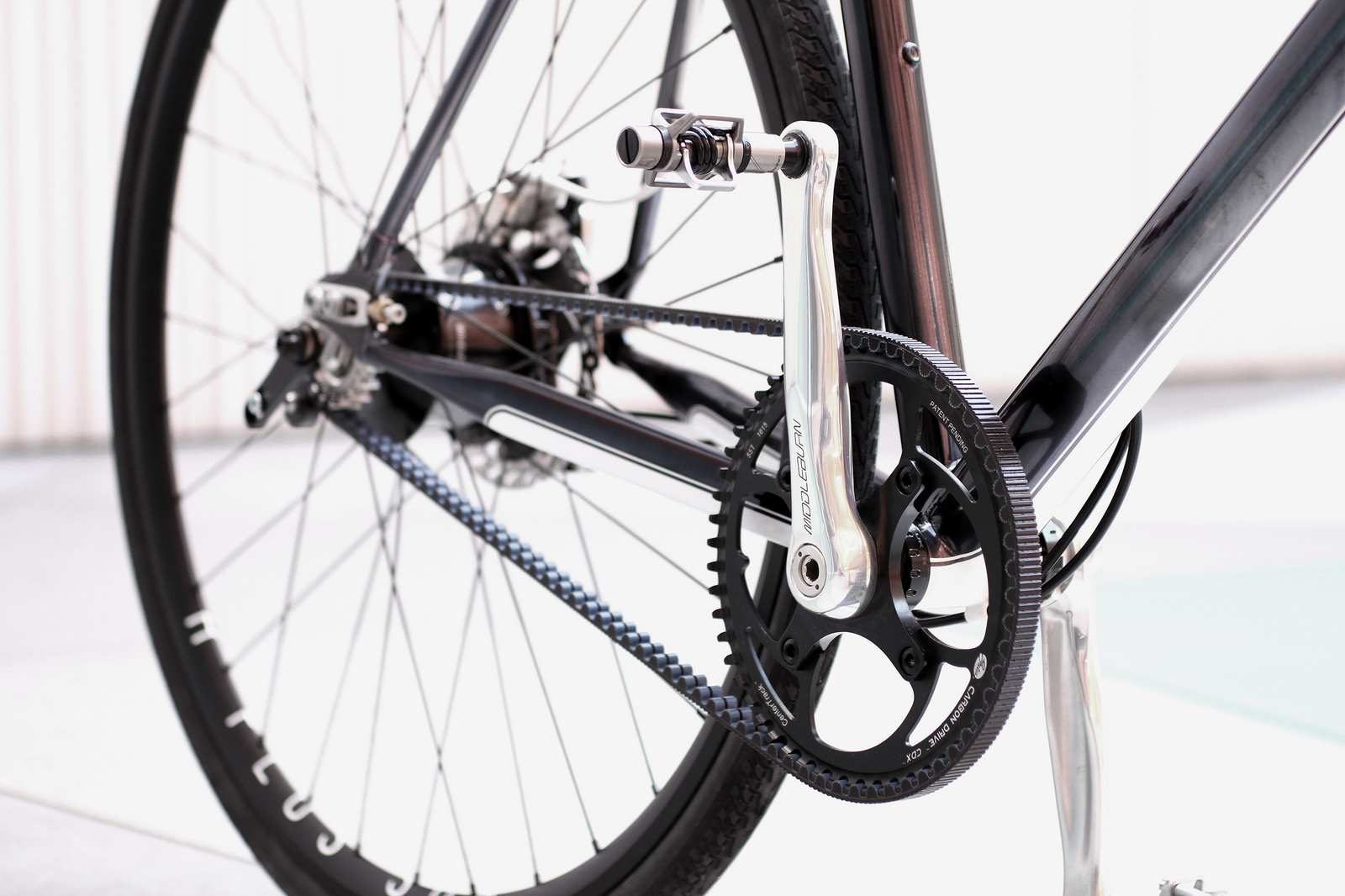 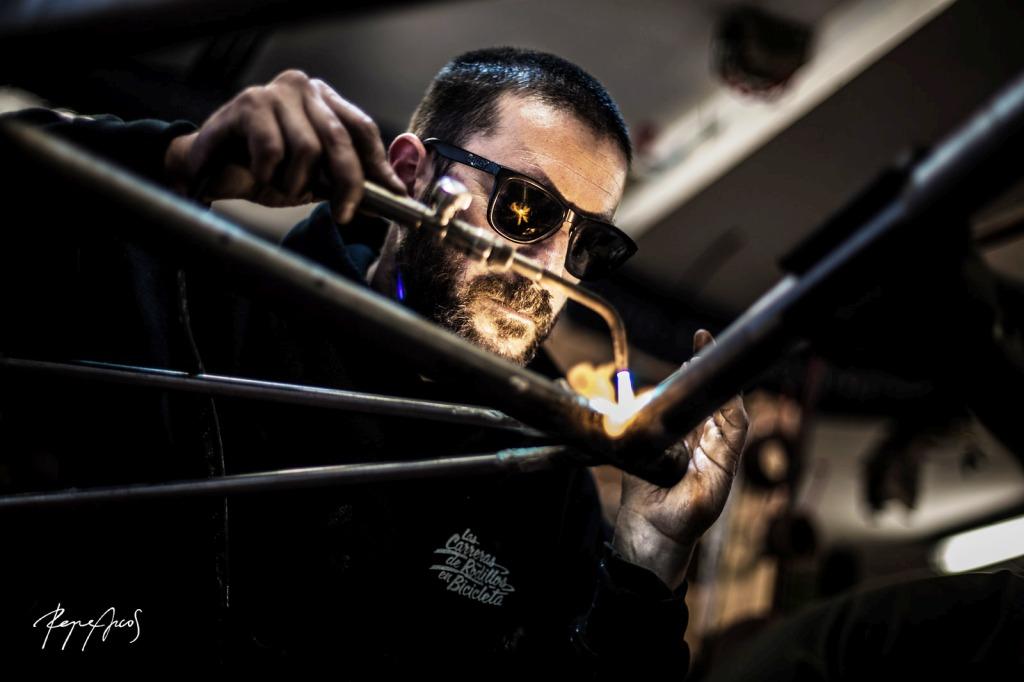