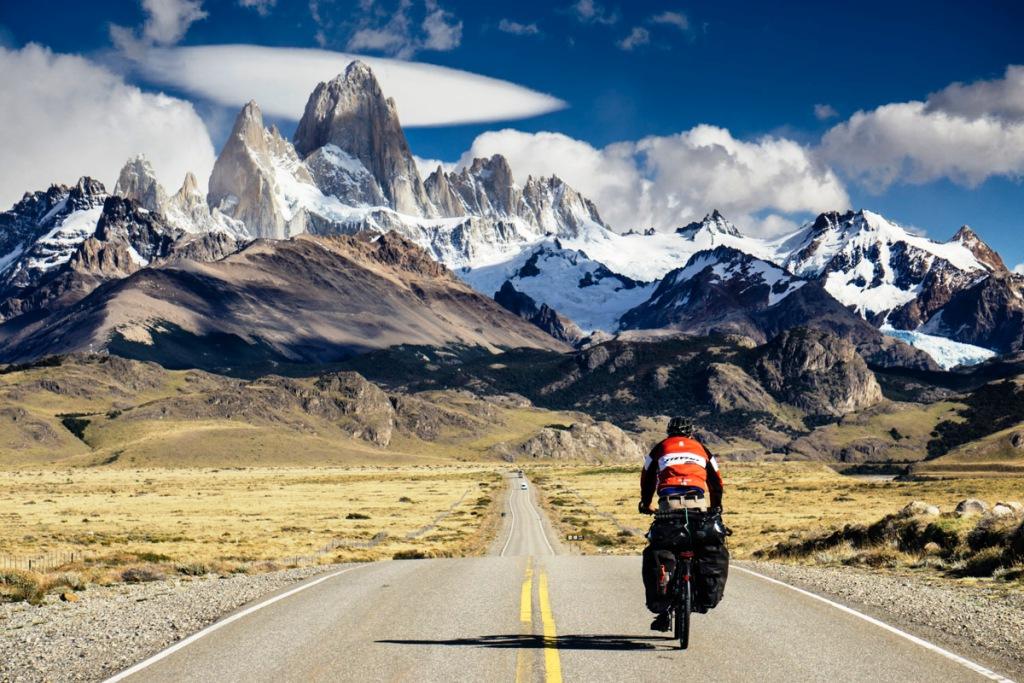 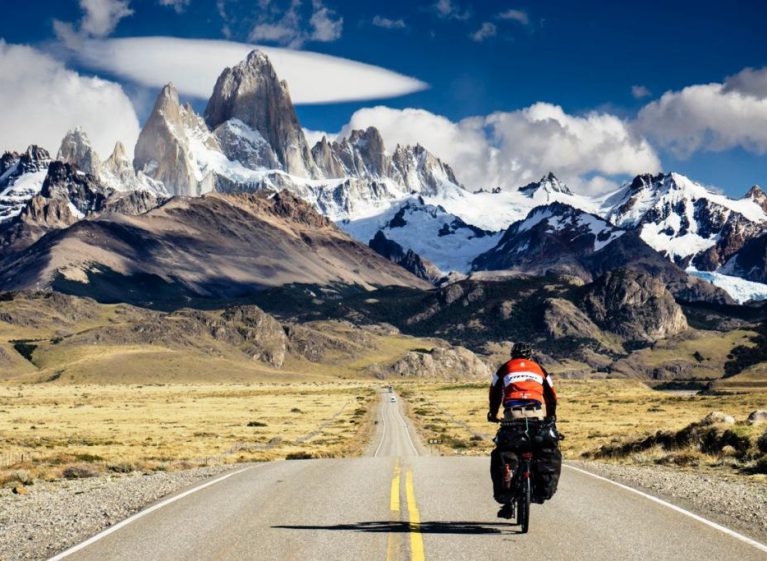 Kamran on Bike: From Pakistan to Alaska

Kamran Ali fell in love with bicycling as a child in Pakistan, where he pedaled to nearby towns with friends and practiced his wheelies. As a young man he rode 400 kilometers from Multan to Lahore. Then higher education and work caused him to set aside bicycling. He moved to Germany to obtain a PhD in computer science and began a career in software development. But the lure of the open road was strong and in 2011 he set out for Pakistan from his new home in Germany by bike. Kamran reached the halfway point in Turkey when he received sad news: his mother had suffered a heart attack. He abandoned the trip and flew home to Pakistan, spending two months with his mother before she died.

In 2015, Kamran decided to complete his journey to Pakistan. He started in Turkey where his previous trip had been interrupted and he completed the final 7,000 kilometers through Iran, Turkmenistan, Uzbekistan, Tajikistan, Kyrgyzstan, and China. It was a mission of hope meant to inspire Pakistanis to embark on their own adventures – and shine a positive light on Pakistan, which he believed was in the news for the wrong reasons. Having ridden through 28 countries in Europe and Asia, Kamran decided this year to embark on the most ambitious ride of his life: 25,000 kilometers from South America to Alaska, a journey that should take a year and a half.

We connected with Kamran via email in Chile after being introduced by Carsten Schabacher of Stevens Bikes, who are sponsoring him with a STEVENSP18 Lite touring bike with Gates Carbon Drive and a Pinion gearbox. Kamran, who is a skilled photographer, had been on the road for more than six weeks and was in high spirits. 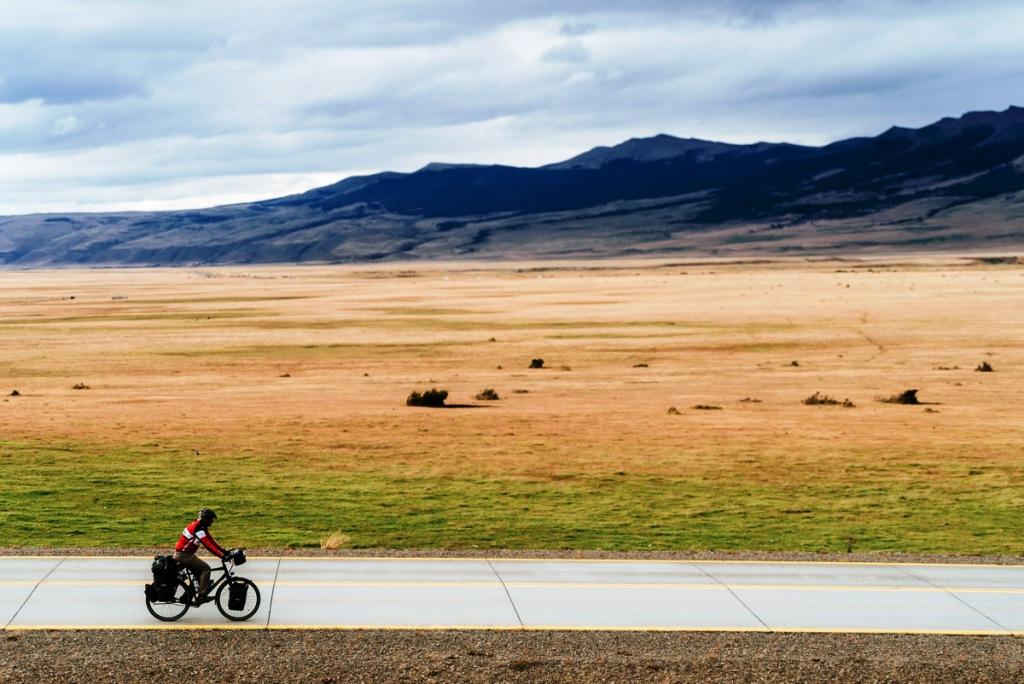 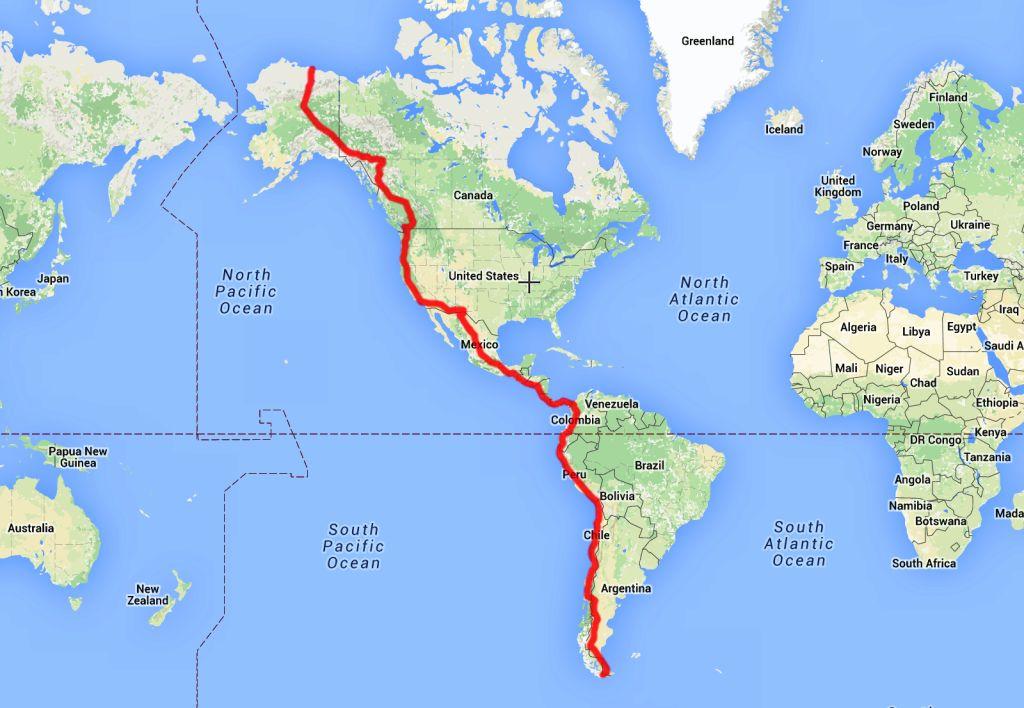 “My favorite sights and experiences so far have been hiking in the Torres del Paine National Park in Chile and Los Glaciares Park in Argentina. The sunrise at Mount Fitz Roy as well as seeing Perito Moreno Glacier from very close was an unforgettable experience,” he wrote. “In Tierra del Fuego and Southern Patagonia, I battled against the strong headwind every day. Patagonian Steppe is a treeless region. They call Patagonia “Escoba de Dios,” God’s Broom, due to its persistent wind which sweeps everything. People in Argentina and Chile are very friendly and hospitable. There are no facilities for long stretches of road, so whenever I saw a little house or estancia and asked for a shelter to cook or sleep the locals were ready to help.” 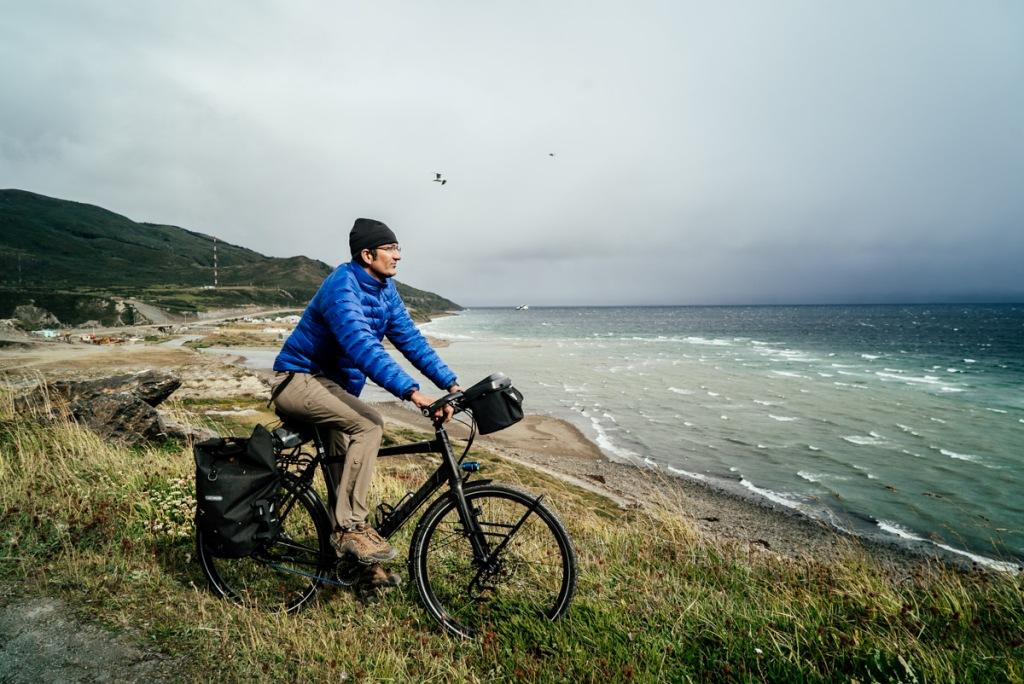 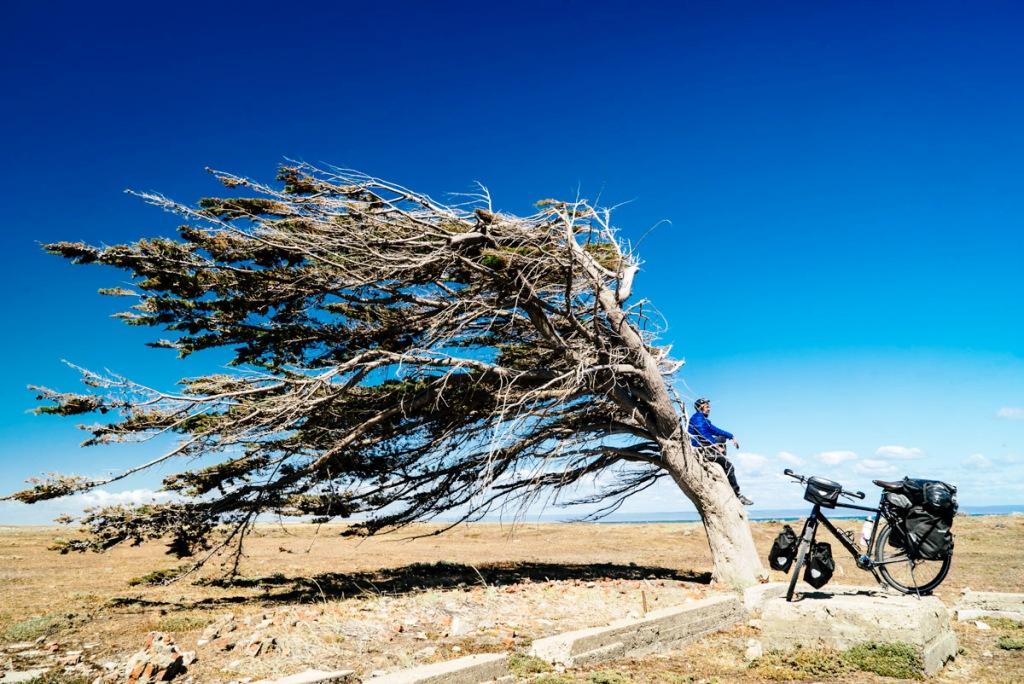 “After battling with winds over the past the four days, and crossing into Chile, I managed to arrive in Porvenir yesterday. Patagonian Steppe is a treeless region. I don’t remember seeing any trees for about two and when I saw one, it was windswept and looked like a flag tree. They call Patagonia, Escoba de Dios, God’s broom, due to its persistent wind which sweeps everything. When I arrived in Pornevir, my soul had been crushed by the wind.”

Kamran first learned about Gates Carbon Drive during his previous ride through Tajikistan. “The owner of the bike was German. He gave me positive feedback about the Gates belt. When I started looking for a new bicycle I really wanted to have a Gates belt and a gear hub. I saw the Stevens P18 and knew it was the one. I love the aesthetic and the frame design and the fact that it is lightweight. The 18-gear Pinion gives me plenty of gear ratio to climb steep hills fully loaded, and to cruise fast on long downhills. I carry about 30 kilograms of weight in five panniers. In windy places, I start riding before dawn. The dymano hub and SuperNova light allow me to safely ride in the dark. When I see other cyclists cleaning their chains after a rainy day, or changing their chains, I have a huge smile. The fellow cyclists are envious!” So are we, Kamran. So are we.

Thanks to Kamran Ali for the photographs and for inspiring us all to chase adventure. See more pictures on the Kamran On Bike Facebook page, and check his progress on his website’s route tracker. See more Stevens Bikes with Gates Carbon Drive, and learn about this Hamburg, Germany, brand here. 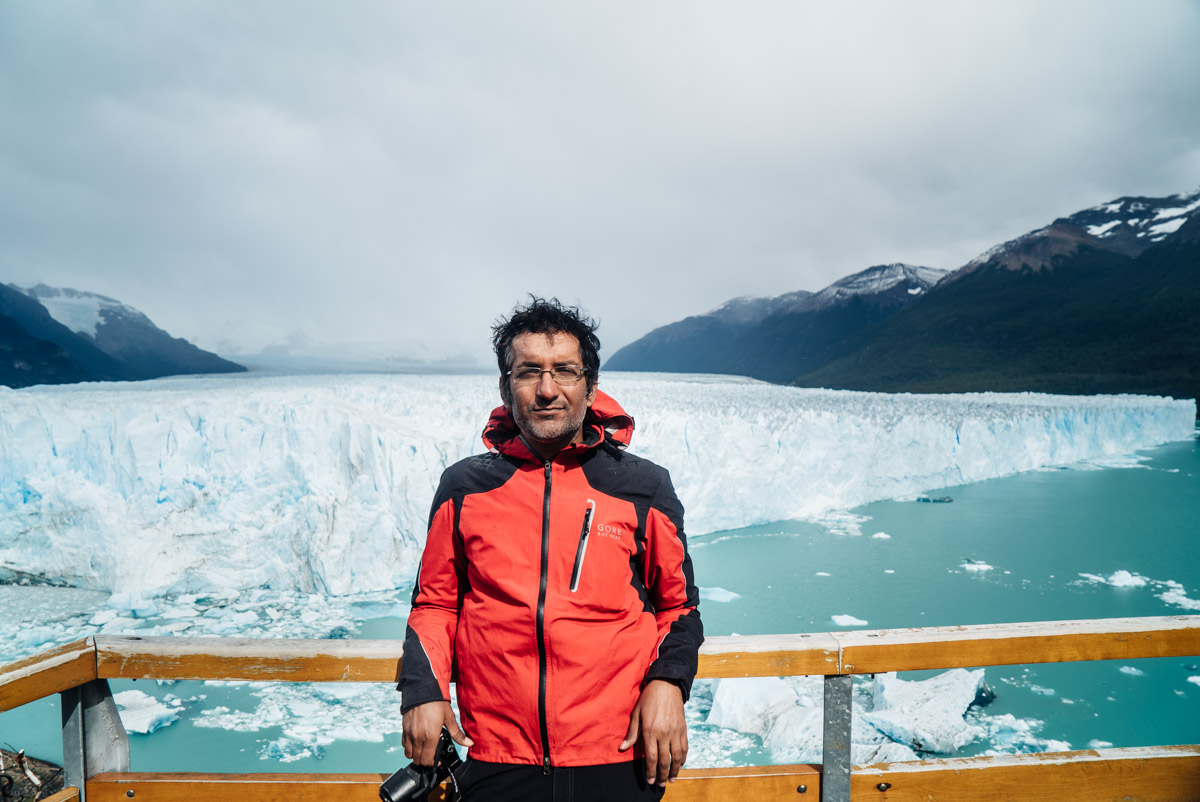