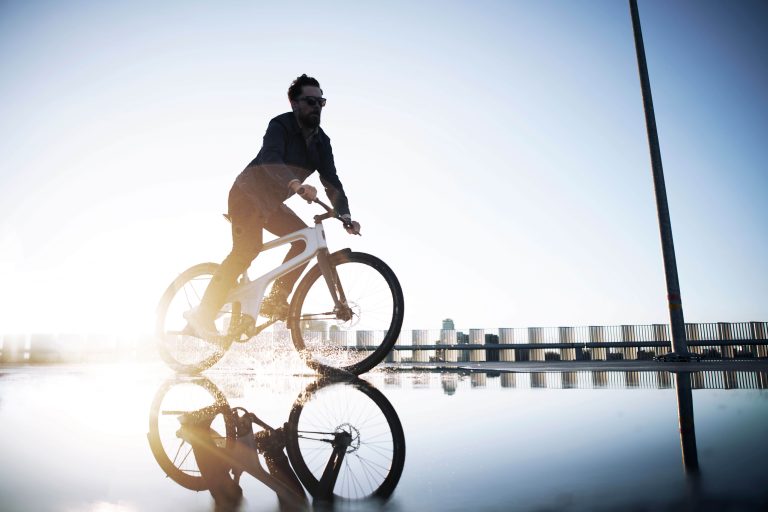 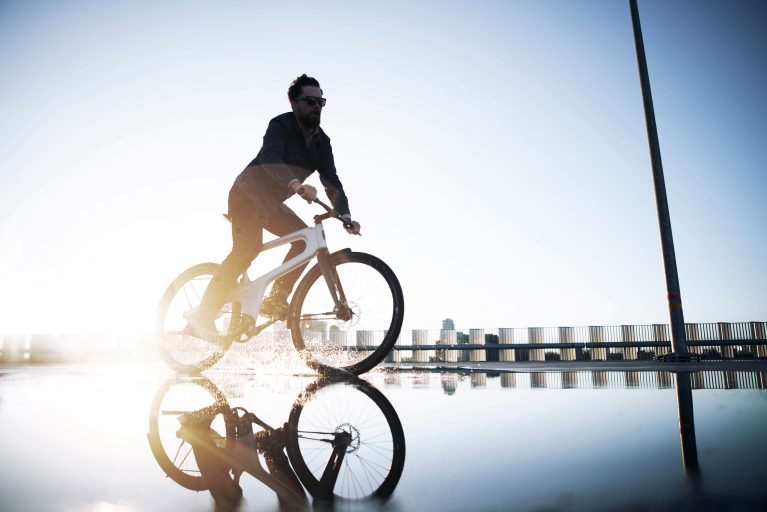 Amsterdam has more bicycles than inhabitants and The Netherlands is one of the most bike-friendly nations in the world. Yet virtually no bicycles are made here due to high labor costs. Now, some Dutch entrepreneurs want to bring bicycle manufacturing back to The Netherlands by using automotive industry techniques. “We had to re-think the way bicycle frames are produced,” says Bob Schiller, founder of Mokumono Cycles.

Instead of welding tubes together, a process that is highly labor intensive, Mokumono uses robotics and an automated production process. Two sheets of shaped aluminum are pressed together and then laser welded. Schiller explains the Mokumono concept in the company’s Kickstarter video below.

Mokumono will sell two versions of their bike, a singlespeed and an eight-speed, both with the Gates Carbon Drive system. Pre-order prices are $1,150 for the singlespeed and $1,400 for the geared version. “The name Mokumono is a composition of two words that express where we are from and what we make,” says Schiller, who is launching Mokumono with his brother. Mokum is an old nickname for Amsterdam. Mono refers to monocoque, “a construction technique whereby loads are supported through an object’s external skin without internal strengthening.” While the target market is The Netherlands, Mokumono will ship its bikes worldwide. In a country where even the Prime Minister rides to work on a bicycle, Mokumono seems poised to bring Dutch bike heritage into the modern era. mokumonocycles.com