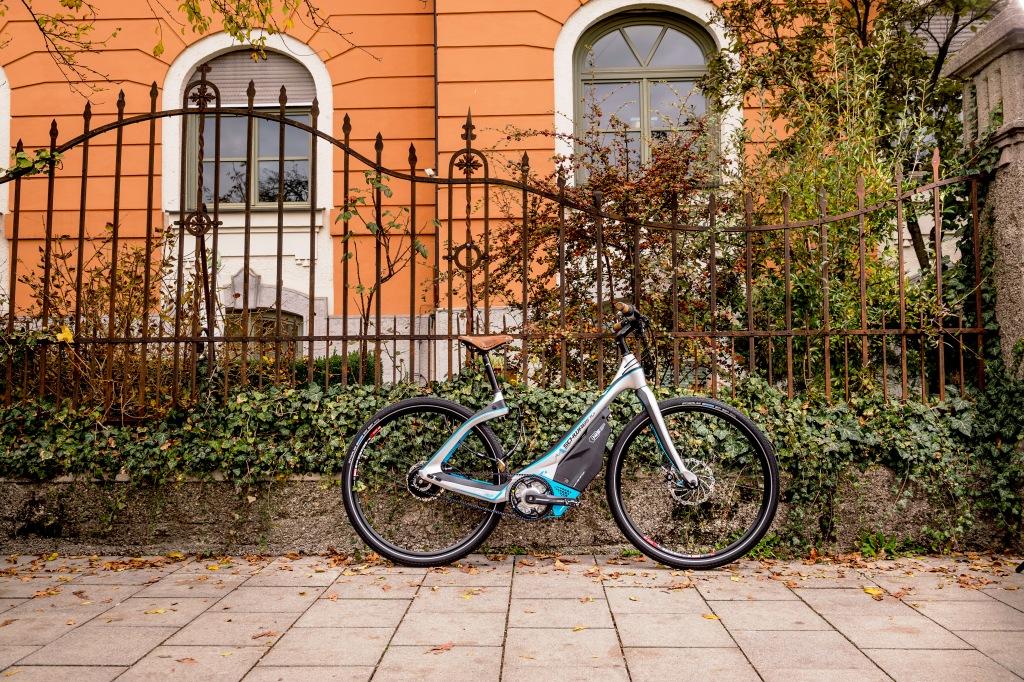 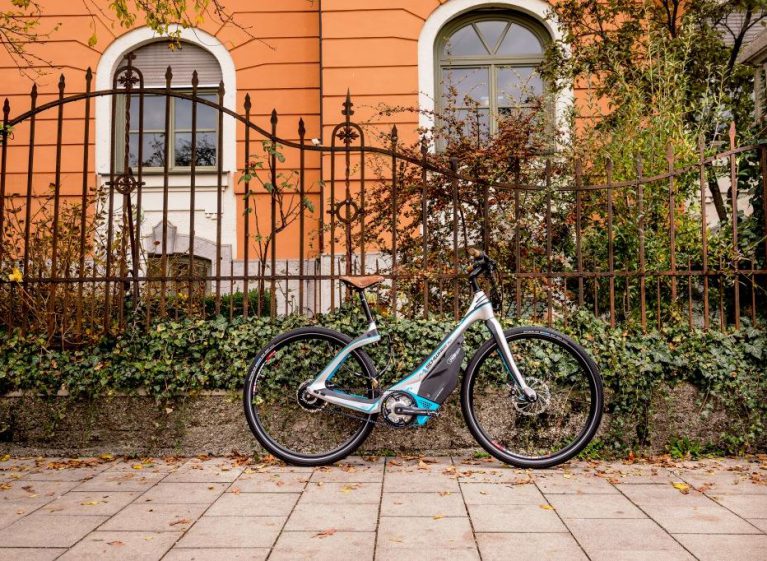 From Munich to California with Das Schwabing

Schwabing is historic borough of Munich known for its hipster hangouts, public parks and universities. It is also the name of a Bavarian-made electric bicycle that exemplifies the power and performance of next-generation eBike design. Das Schwabing, from Germany’s M1-Sporttechnik, has a sporty and stylish high-modulus carbon fiber frame and fork powered by a proprietary motor and battery developed by several Bavarian companies and used solely by M1. “It is a full-on Made in Germany product,” says Hendrik Teutsch, sales and marketing manager.

The Schwabing comes in two versions, a “pedelec” (250 watt, 20 mile-per-hour) and a “speed pedelec” (500 watt, 28 mph), both available with the Gates Carbon Drive belt system and a NuVinci N360 or N380 continuously variable planetary hub for seamless shifting and smooth pedaling.

Though its core market is Germany, Das Schwabing is available through select dealers in the United States. M1 recently exhibited at the Sea Otter Classic bike show in Monterey, California. “It was a good opportunity for us to see the development of the eBike market in the U.S. firsthand,” Teutsch says. He sees good potential for growth in the United States, especially since California clarified its regulations to allow speed pedelecs on bike paths. California is the ideal locale for the Schwabing, Teutsch says. “With our powerful battery and efficient engine you can travel for many miles along the coast–even though the Pacific Ocean might throw some serious headwinds at you.” 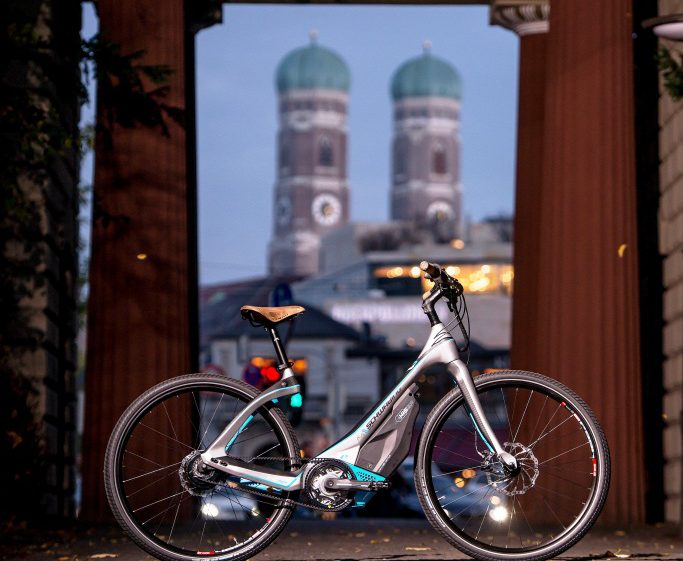 Founded in 1989, M1-Sporttechnik is part of Fritzmeier GmbH, a family owned company since 1926 that specializes in carbon fiber technologies and makes cabs and cladding for heavy machinery and automobiles (including the carbon fiber floor panels for BMW’s new hybrid supercar the i8). M1 is the lifestyle brand of Fritzmeier and it has a long history in bicycles, having developed the first carbon monocoque mountain bike frame in the 1990s and some of the first carbon electric bikes–as well as skis, surfboards and sailboats. The Schwabing is the next step forward in high-performance carbon products for M1.

In addition to buying through a dealer, customers can order the Schwabing directly through the M1 website using the brand’s bike configurator to choose the component specifications. “The bike arrives pre-built, and the customer only needs to straighten the handlebars and put on the pedals,” Teutsch says. Then it’s all ready for a trip to work through Munich, or to your favorite California oceanfront bike path.