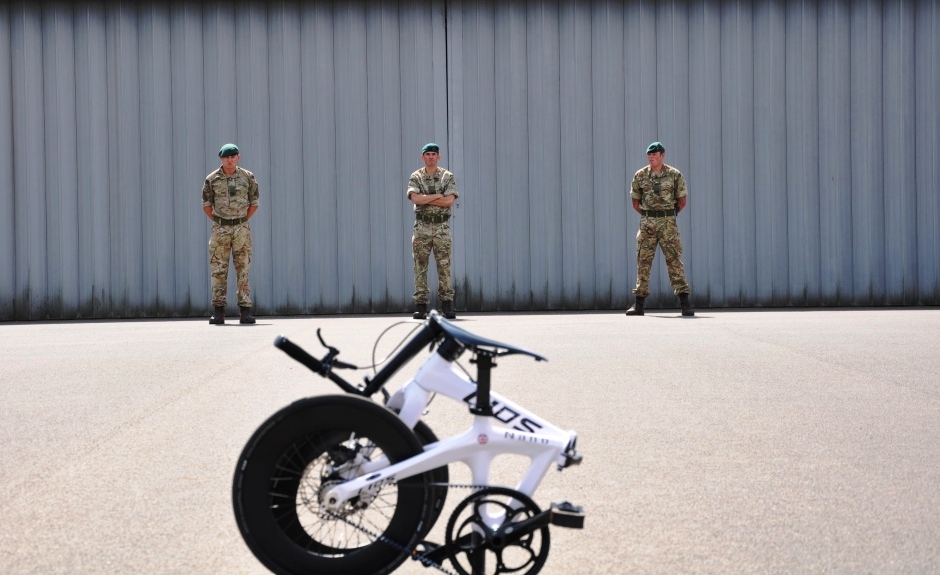 The UK’s Royal Marines are trained for rapid deployment. Rapid certainly describes these three guys and their Lios Nano carbon folding bikes. Corporal Richard Ebbage, Major Ryan Kestle and Corporal Aled Jones have teamed up with Lios, whose founder is himself a former Royal Marine who started a bike company after being blown up in combat in Afghanistan.

The three members of the Lios racing team recently competed in the London Nocturne folding bike race criterium that whips through the streets of London. Jones took first place out of 40 competitors with a hard surge at the finish.

Watch the inspiring video below to learn the triumphant story of Lios founder Steve McCulley, get an up-close look at the Gates belt driven Nanos, and see the exciting race action–including a crash in the final sprint.

Lios Nano – Road To Victory from Chiraag Parmar on Vimeo.