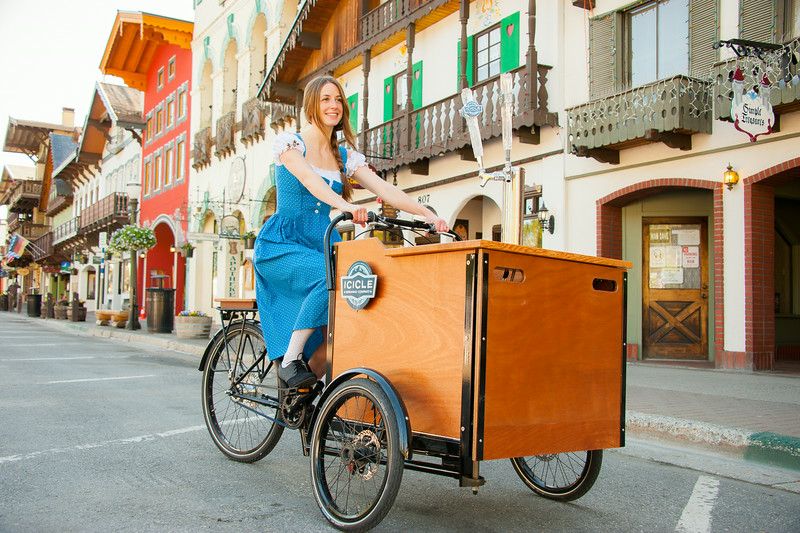 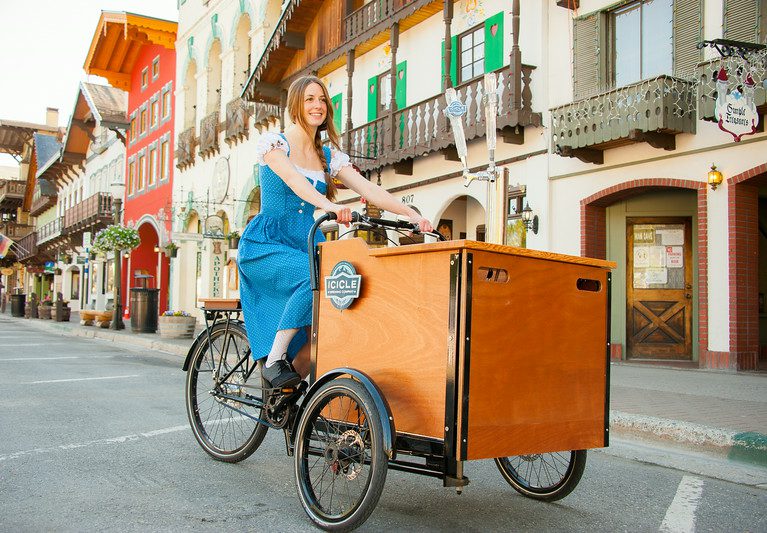 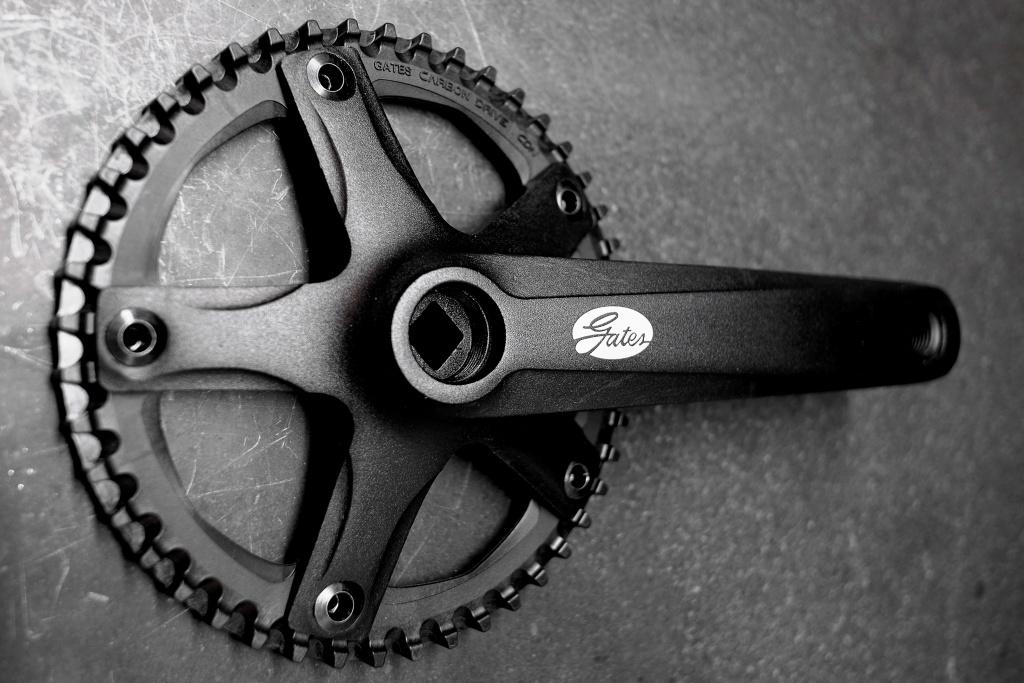 Gates Carbon Drive is known mostly for its belts, but Gates has created a large and growing product line of cranks and sprockets that enable the carbon fiber reinforced belts to function perfectly. The newest example of this is the S150 crankset assembly, which Gates will show at the upcoming Eurobike trade show. Designed for urban bikes, the S150 consists of a black or silver alloy crank integrated with Gates’ lightweight CDN composite sprocket. Combined with a Zumba bottom bracket from Thun, this crankset assembly integrates with all of the leading internally geared hubs from Shimano Alfine and Nexus, NuVinci, Rohloff, SRAM and Sturmey Archer.

Gates will show many other new products at Eurobike, August 31-September 5 in Friedrichschafen, Germany. These include: Longer belts for cargo bikes and cruisers, lower-cost CDN rear sprockets consisting of an engineered composite combined with a stainless steel core, and more CDN belt sizes introduced due to popular demand.

In partnership with Pinion, Gates will show a new line of rear sprockets designed for use with Pinion’s C-Line gearboxes. Called CDX:SL, these nine-spline alloy sprockets are designed for light trekking, urban use and mountain bikes.

“We expect the C-Line to be very popular, so Gates worked with Pinion to ensure that product managers have a modestly priced sprocket designed specifically for Pinion’s gearbox technology,” Sellden says.

The entire line of premium CDX front sprockets has been re-designed to both shave weight and beef up durability. The new design is sleeker and has more material in high-wear areas.

For high-mileage trekking and touring cyclists using Rohloff hubs, Gates is introducing new CDX:EXP rear sprockets with a splined interface. This new interface, designed in partnership with Rohloff, makes it easier to remove and service the sprockets on Rohloff hubs. “Gates expects to see Rohloff continue to grow in popularity on trekking and mountain bikes, and also eBikes,” Sellden says.

Attending Eurobike? Gates booth (A2-203) will display the most innovative, stylish and technologically advanced bikes and electric bikes across many categories: urban commuting, mountain, trekking, cargo, and even BMX. Come learn why Gates is Belt Driven…and enjoy some Bavarian beverages.