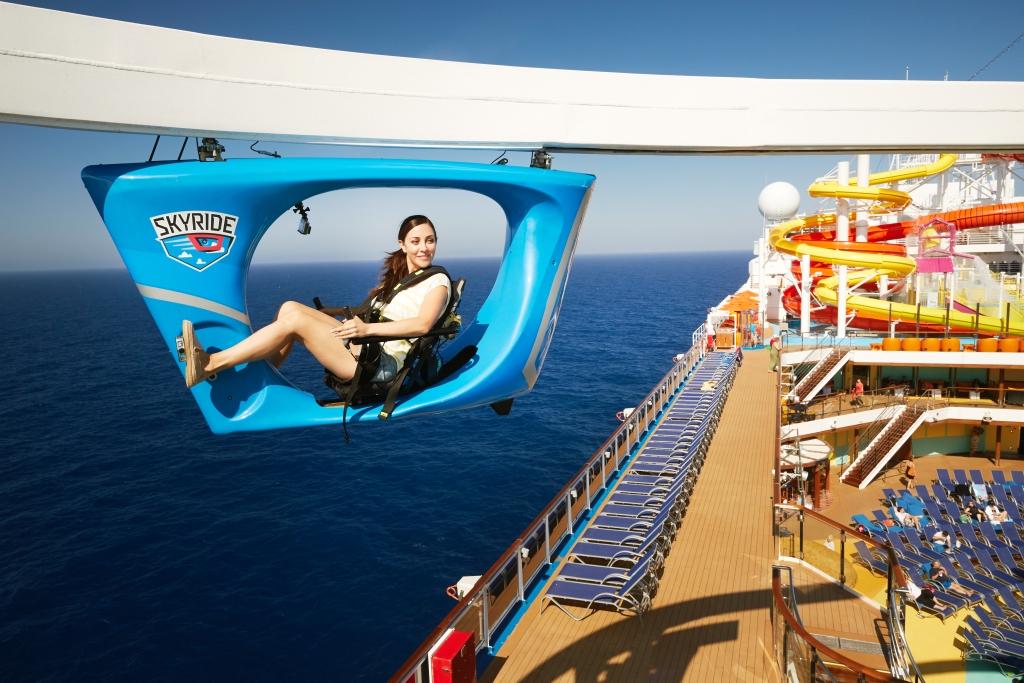 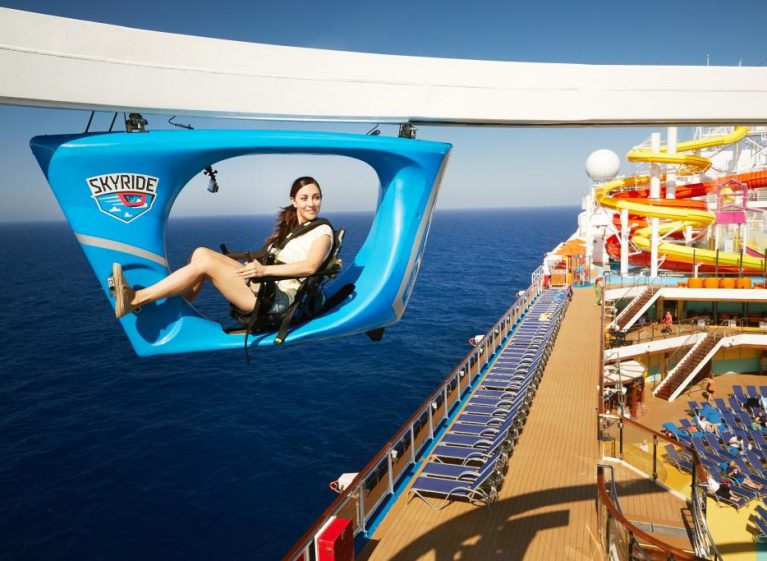 Cruising the High Seas with SkyRide

The Carnival cruise ship line has introduced a new ride that elevates the fun and fitness of cruising – literally. Installed on the new Carnival Vista ship, SkyRide allows riders to whip around an 800-foot-long track 150 feet above sea level and is being called the coolest new thing in cruising. “I found SkyRide to be one of the most enjoyable things I’ve done on a cruise ship,” wrote a Travel Weekly journalist. “I could go on it repeatedly, and even pick a ship based on having it.” 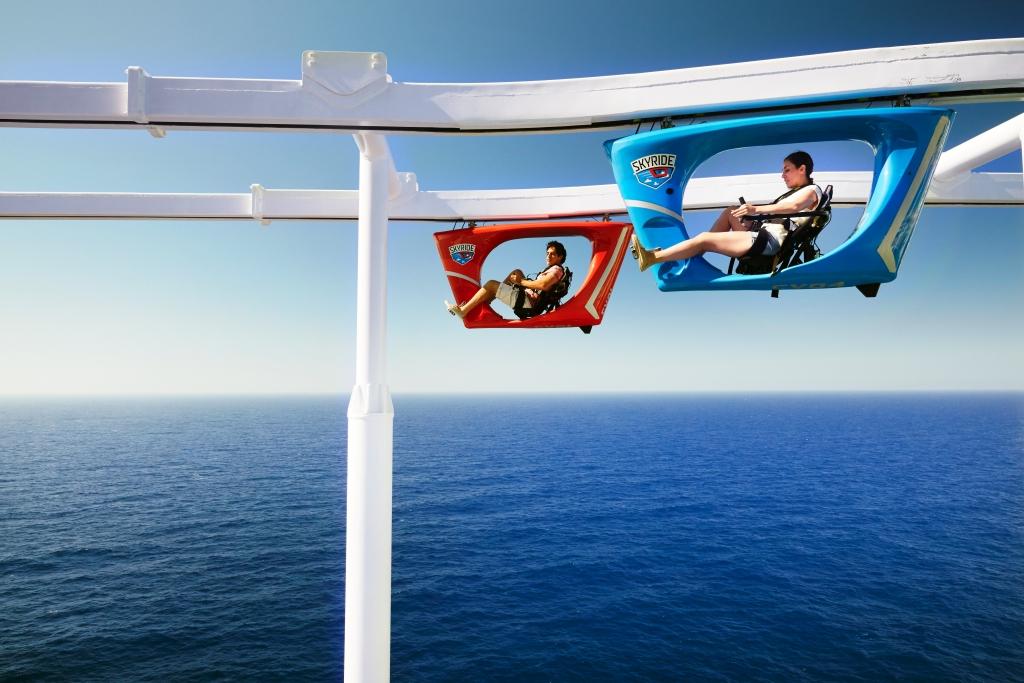 Consisting of two recumbent bikes wrapped in aerodynamic shells, SkyRide is powered by a Gates Carbon Drive belt system. The Gates belt was chosen due to its rust-free and low-maintenance properties. Its durability in wet environments is why Gates is also used on the Schiller water bike. SkyRide was invented by Scott Olson, best-known as the inventor who popularized Rollerblades, which he created in 1997 as a young man just out of high school.

“I’m an idea guy and a doer,” Olson told the Belted Blog. “With SkyRide I wanted to invent the most exciting piece of fitness equipment ever created.”

SkyRide Technology is located on a Minnesota farm about 45 minutes from Minneapolis. SkyFarm is a do-it-youself inventor’s dream facility, located in a massive barn where Olson and his team prototype new contraptions and rides, including an electric assist version of SkyRide that Olson says will hit 50 miles per hour. “We want to use Gates Carbon Drive in other products and inventions,” he says. 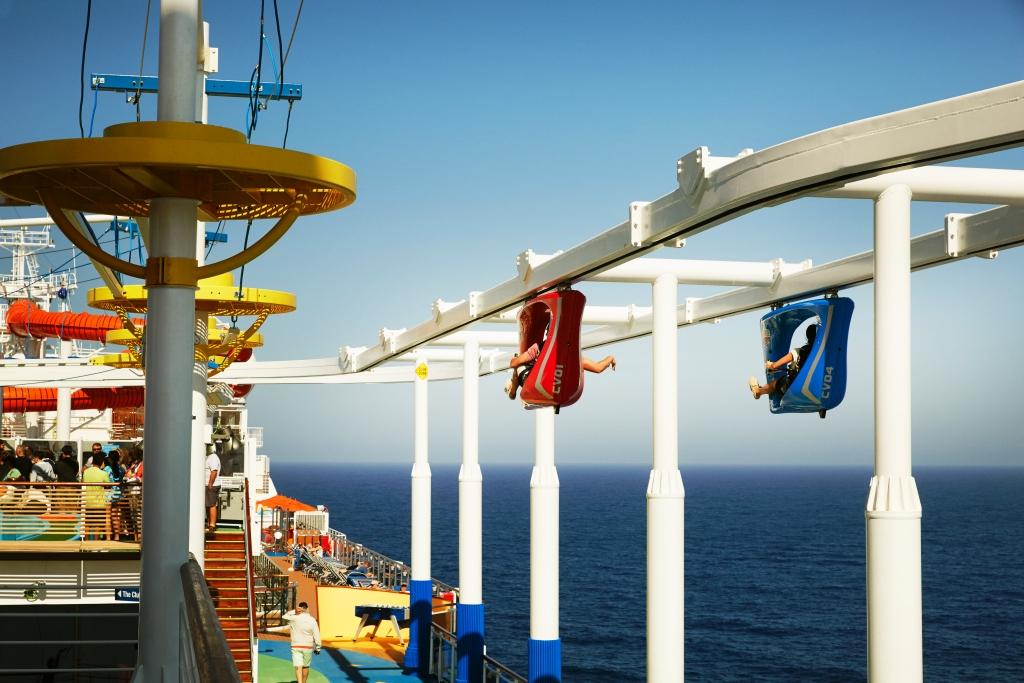 Carnival plans to introduce the technology to a second cruise ship in 2018 due to its popularity. Time to book a cruise. Find out more here. 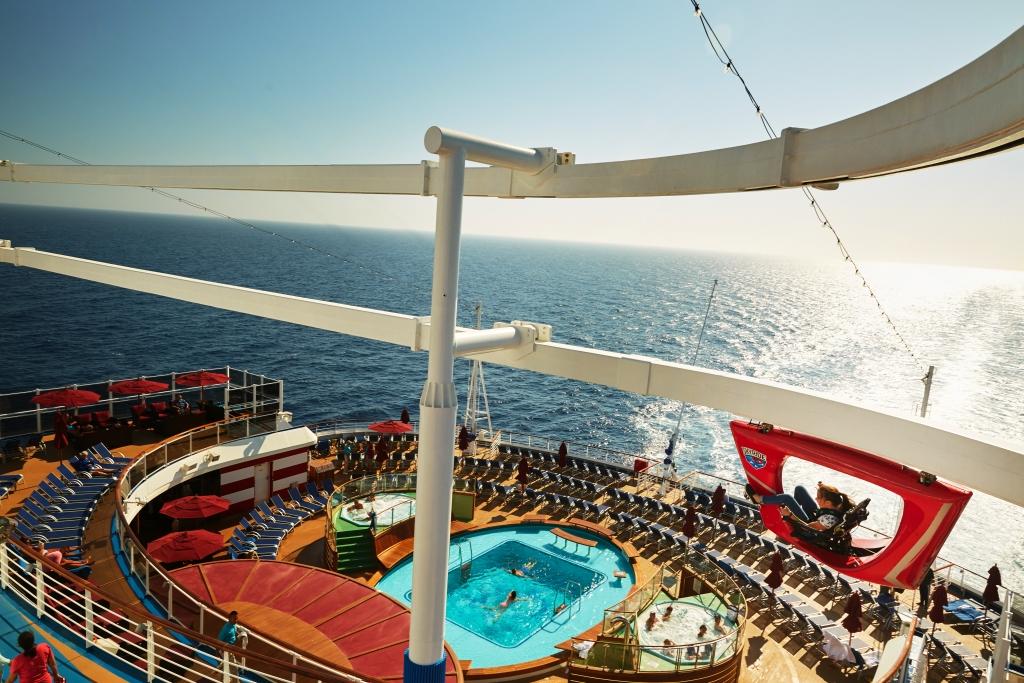