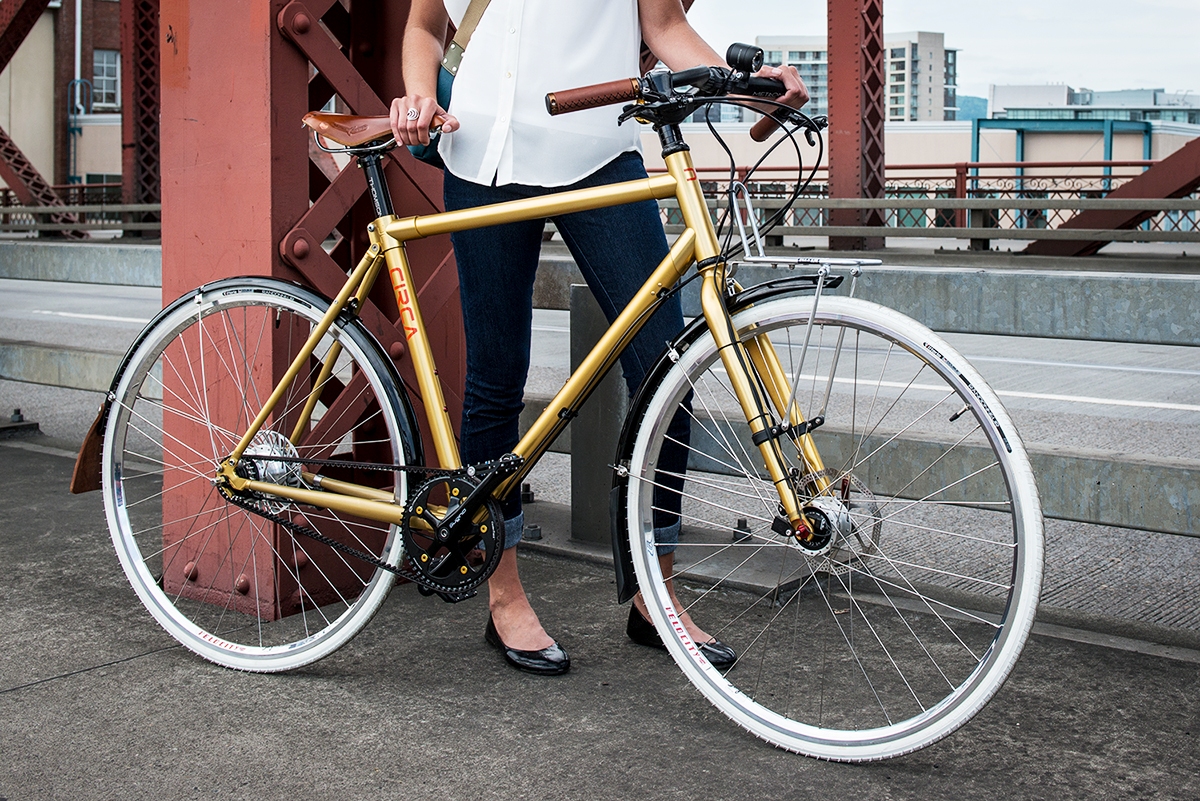 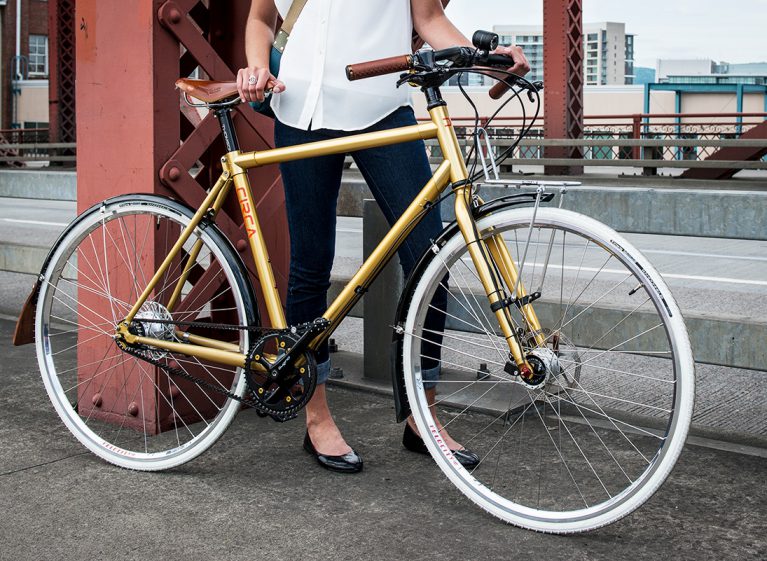 CIRCA Cycles: Bonded and Anodized in PDX

CIRCA Cycles is a Portland-based custom bike maker that has devised a fabrication process that utilizes bonded and anodized aluminum tubing to create distinctive one-of-a-kind bicycles that can be manufactured with incredible speed, durability and efficiency.

CIRCA’s frames have no welds. Instead, the tubes are joined to CNC-machined lugs and bonded with high-strength epoxies. Instead of painted finishes, CIRCA anodizes its aluminum tubing to create lustrous colors that pop, never fade and last longer than paint. Anodizing forms a protective aluminum oxide coating that permanently seals the color to the surface of the metal.

Pictured above and below is the Goldie Deluxe city bike, which is outfitted with premium features including leather touch points, dynamo lighting, disc brakes, a Nitto front rack, an eight-speed Alfine hub, and hand-built wheels from Portland’s Sugar Wheel Works. 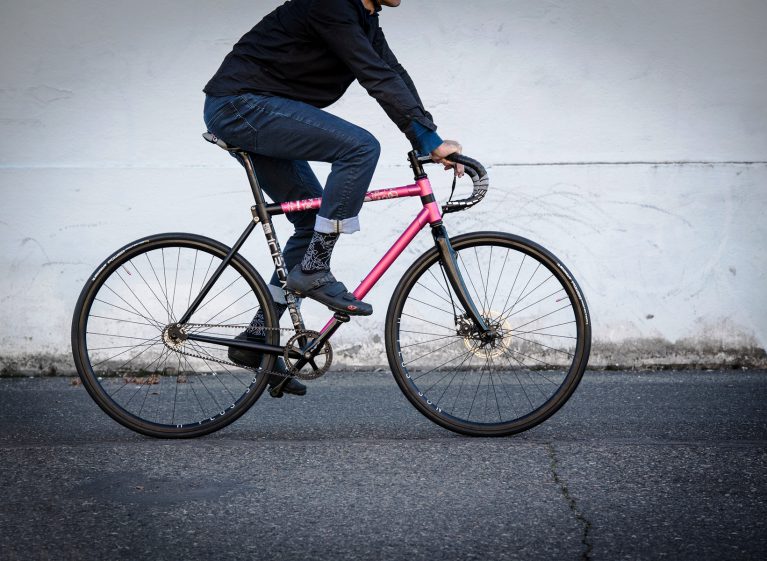 Below is the Icon PDX, which shows CIRCA’s ability to laser-etch finely detailed graphics onto their anodized tubes. “Our proprietary manufacturing process lets us build bikes to order with amazing attention to detail and surprising efficiency, enabling us to go from ‘zero to bike’ in less than two weeks,” says founder Rich Fox, who previously worked as a strategist at global design firm Ziba and as an innovation director at Nike.

Prior to launching CIRCA, Fox—a lifelong cyclist—thought long and hard about how he could innovate the bike building process and leverage Portland’s industrial design and manufacturing expertise. The idea for bonded lugged frames was inspired by the Italian bike brand Alan, which used a similar process in the 1980s. Fox bought an Alan in 1984 and still owns it. “It was my first real racing bike,” he says. “That bike is 34 years old and still going strong. The anodizing still looks like new.” Today’s epoxies and bonding processes are even more robust, as is Circa’s American-made aluminum tubing. All CIRCA frames are Gates Carbon Drive compatible. 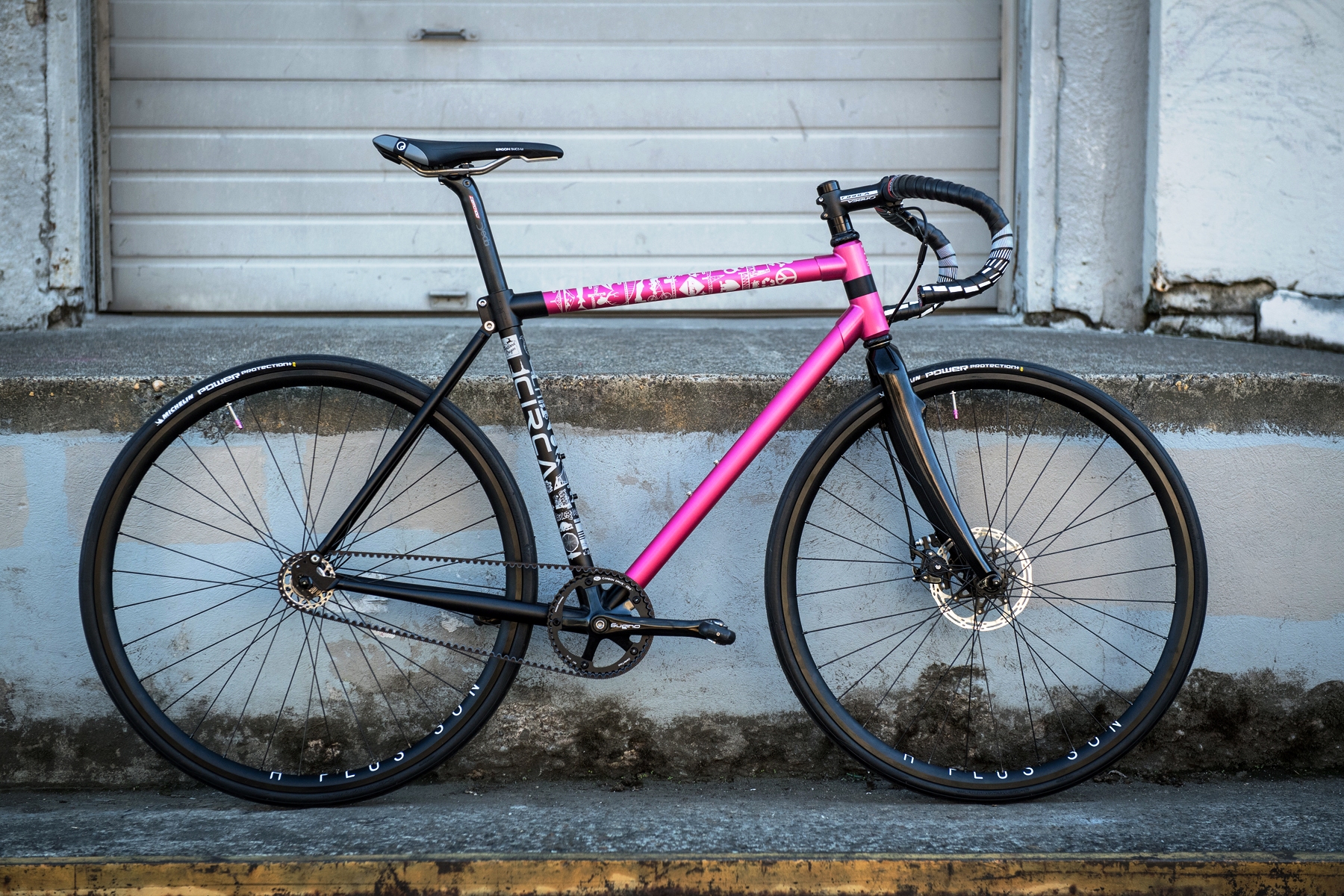 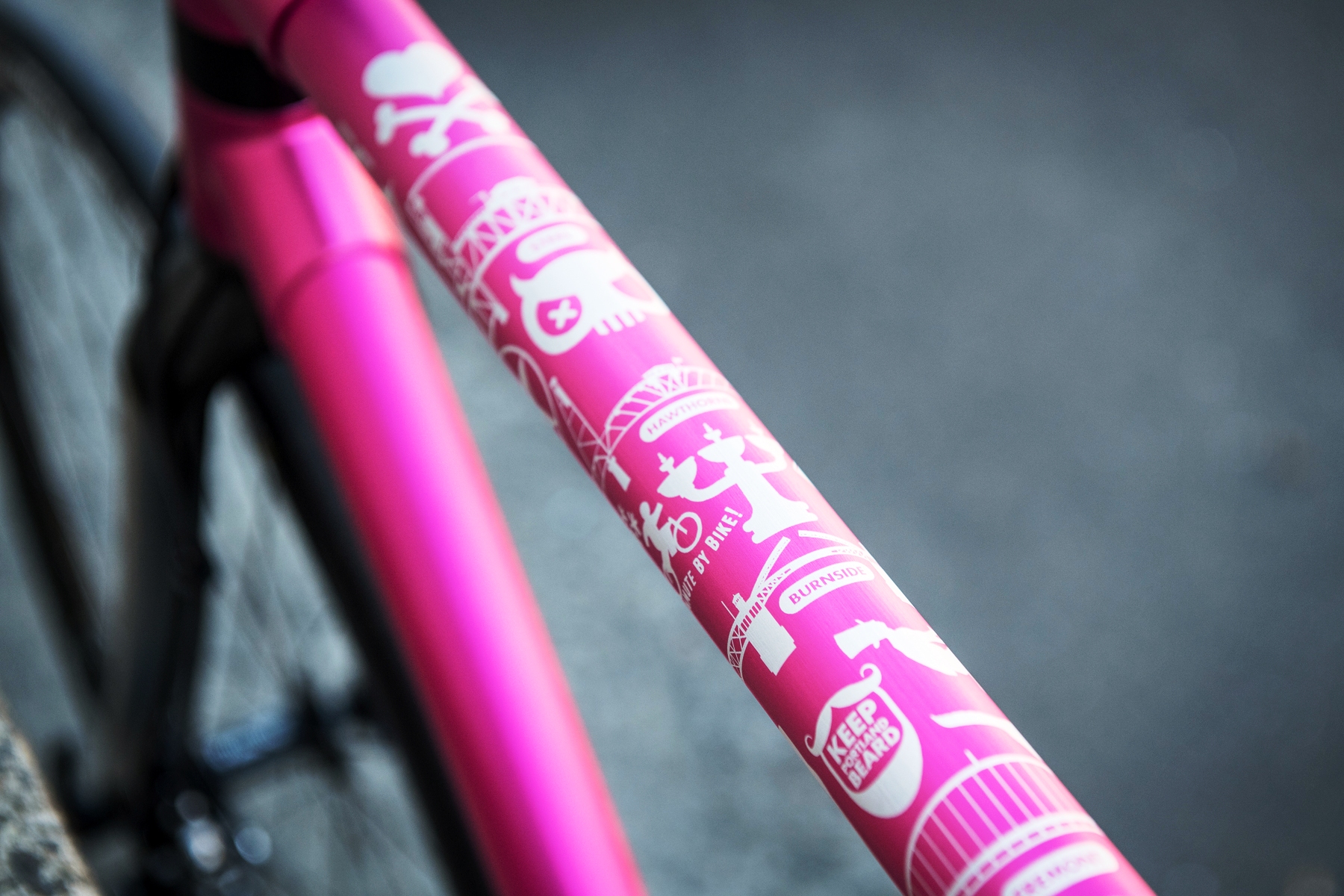 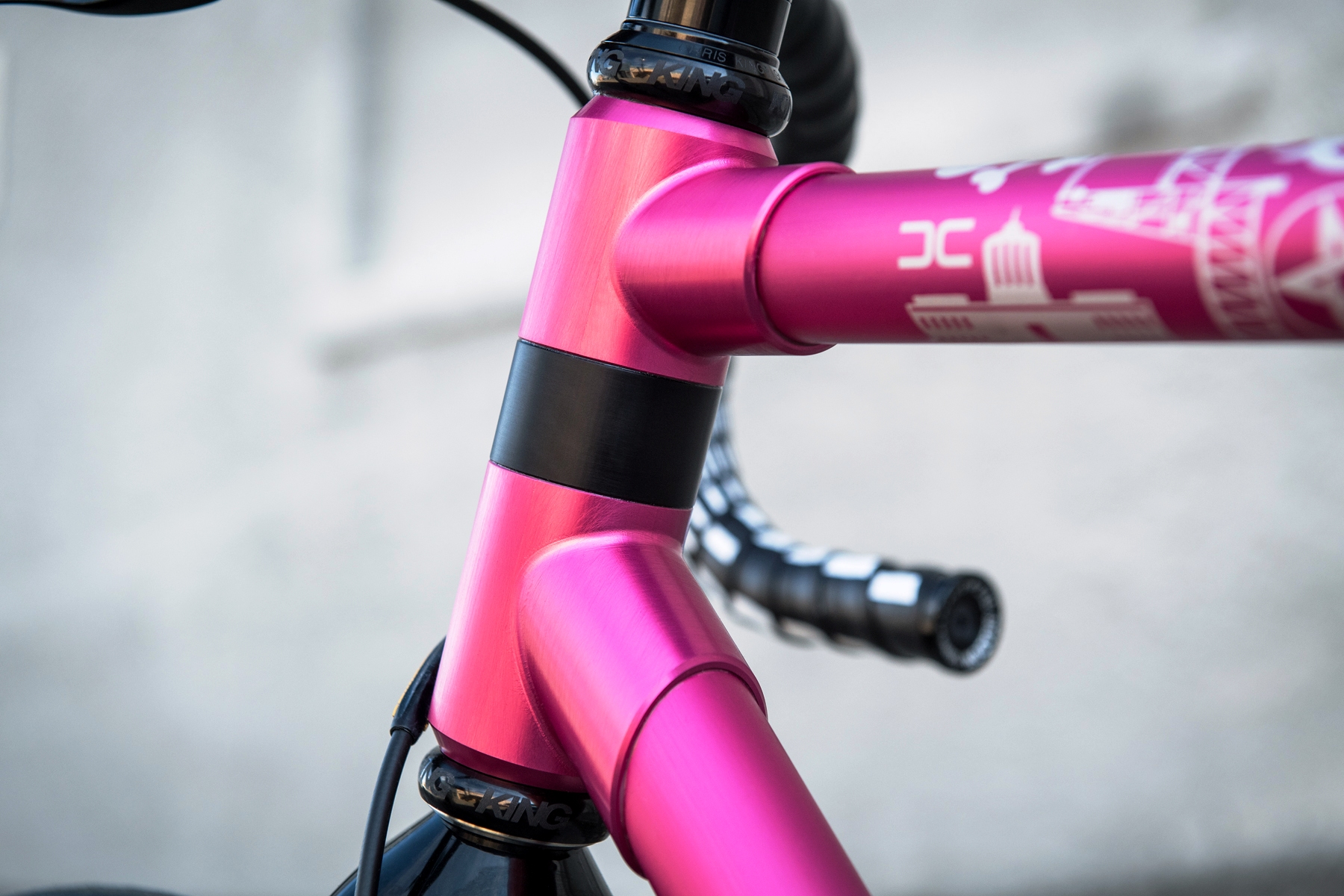 Fox works with a number of Portland firms. MC Laser Labs does the laser etching. “We designed CIRCA’s manufacturing platform to take advantage of Portland’s amazing ecosystem of collaborators, innovators and vendors who serve a variety of industries including the outdoors, medical and technology industries,” Fox says. “This, in tandem with the city’s love of bikes, makes Portland the perfect place to do this.” ridecirca.com