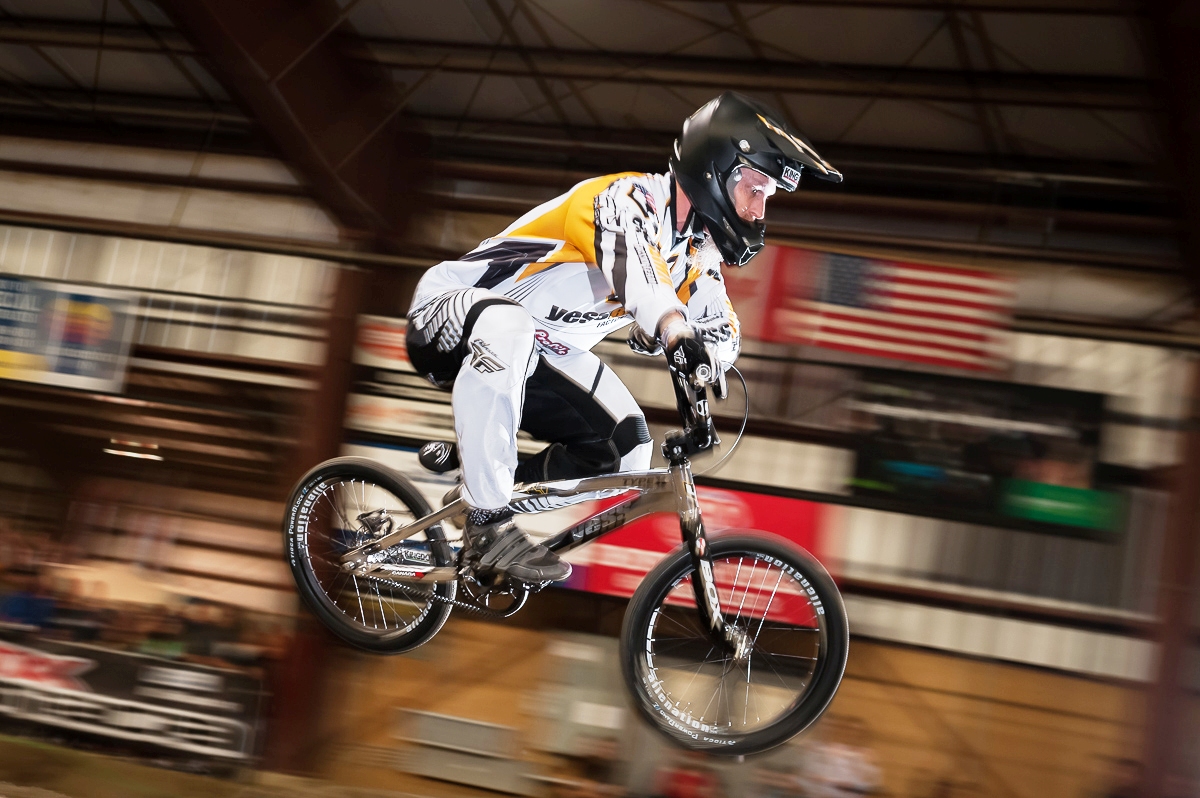 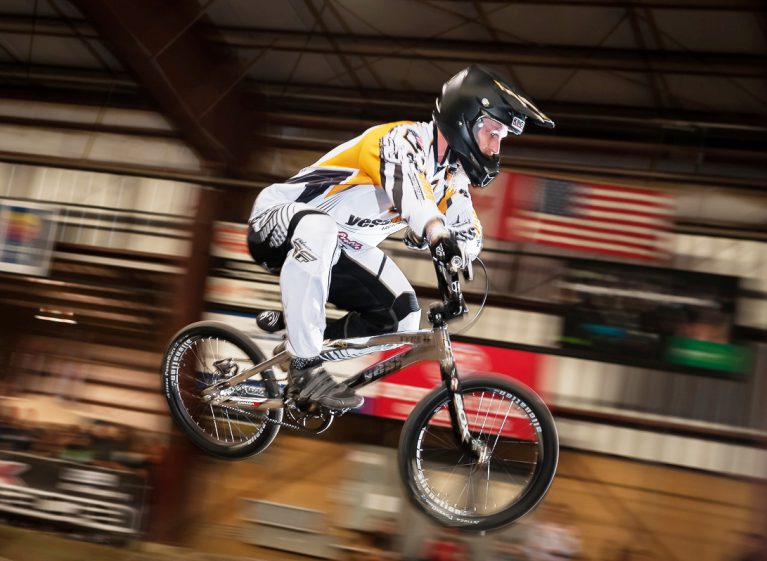 Drew Motley made history last weekend at the USA BMX Grands in Tulsa, Okalahoma, when he won the Cruiser class national championship. Motley's victory marks the first time an amateur national champion has won on a bike without a chain.

Motley, who lives in Florida, came to Grands following a successful season, winning many races on his Gates belted rigs. The pressure was on last Saturday, November 26, in Tulsa. After racing in multiple heats, Motley had to win his final race to get the title. Motley avoided a crash right out of the gate, then powered past the two riders in front of him, gaining speed and pumping hard through the rollers and leaving his competitors in the dust. He won easily by seven or eight bike lengths. “After the first turn I was in second. I just stayed on the gas and got around the guy in front of me and then took the best line,” Motley told the Belted Blog. 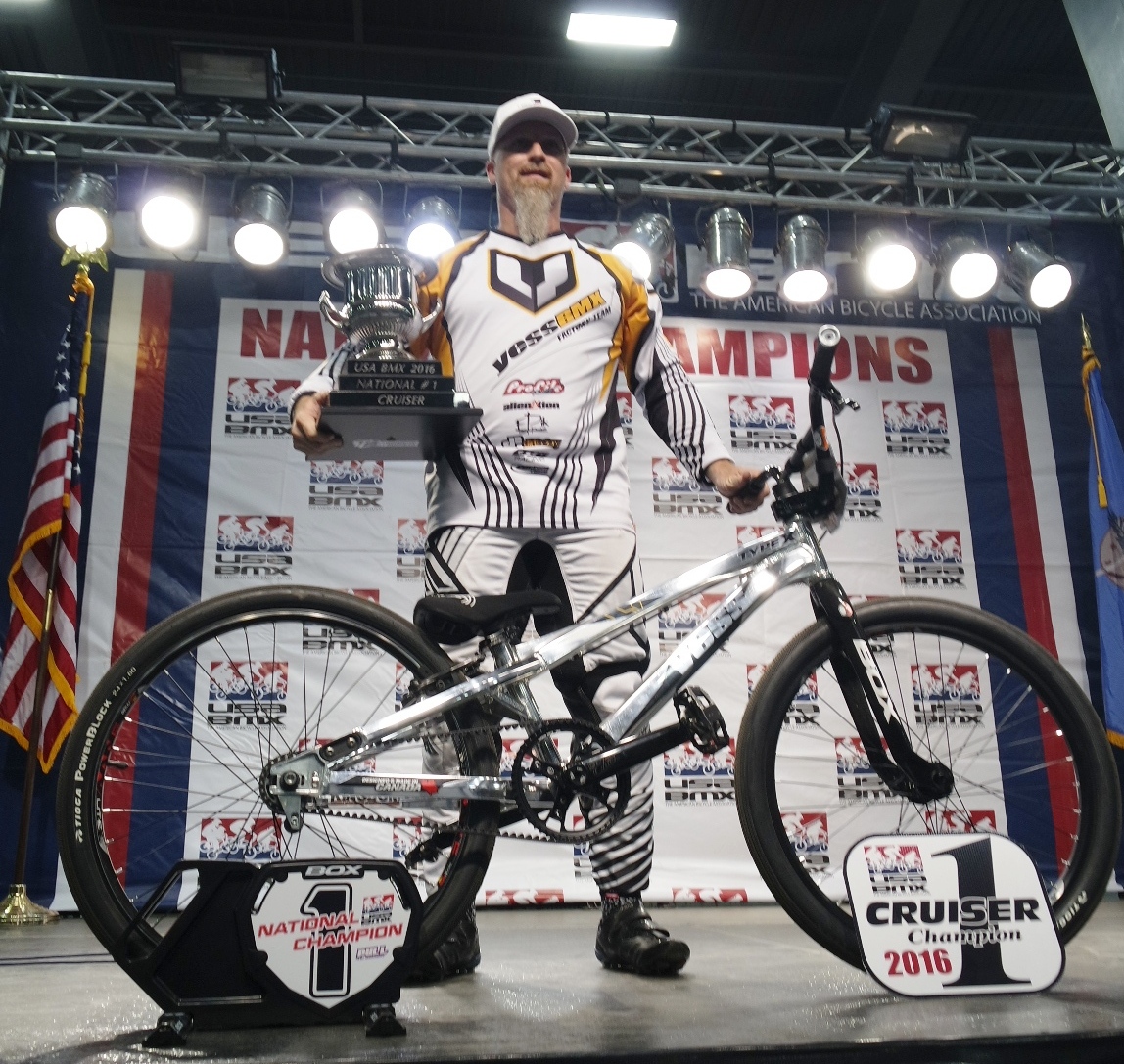 Watch video of Drew’s win below:

Motley is a real estate appraiser who lives near Daytona. He began racing BMX in 1984 at age 14 and never gave it up. “At 46 I still find myself feeling like a kid out there on the track. I love it. And I enjoy the camaraderie of BMX racing.” This season he changed teams and began racing for Yess, which provided two bikes with the Gates belt, a 20-inch wheel bike and his winning 24-inch cruiser. “I really, really liked it immediately,” Motley said of the Carbon Drive system. “It’s faster. I can feel it. Pedal efficiency is a huge deal in BMX, and the belt just feels more efficient and easier to pedal.”

Motley plans to defend his title in 2017, and he hopes to win a spot to race at the UCI BMX World Championships, which are coming to the United States next summer, in Rock Hill, South Carolina. Motley’s victory will “go down in the history books as the first No. 1 title holder to win without a chain,” said Craig Barrette, chief communications officer for USA BMX. “Drew’s win with a belt-driven bike could possibly change the current, traditional train of thought for BMX racers.”

Gates has been slowly pushing into BMX for the past several years, working with Yess and their team of international racers. Earlier this year, Jean-Marc Durviaux won the Belgian National Title in the Cruiser 40+ category on his Type X Yess bike. Durviaux says the strength of the Gates Carbon Drive provides an advantage at the start of the race, when competitors exert their full power to gain a lead. “I most sense the Carbon Drive as an advantage at the acceleration stage at the start,” he told the Belted Blog. “The first three pedal strokes provide a more instant response.”

Gates is excited to participate in BMX racing because it validates the strength and efficiency of the Carbon Drive system, whose largest market is electric bikes, urban commuter and city bikes. Read more about Gates’ push into Belted BMX in our previous post, and look for a Yess frame at a track near you.