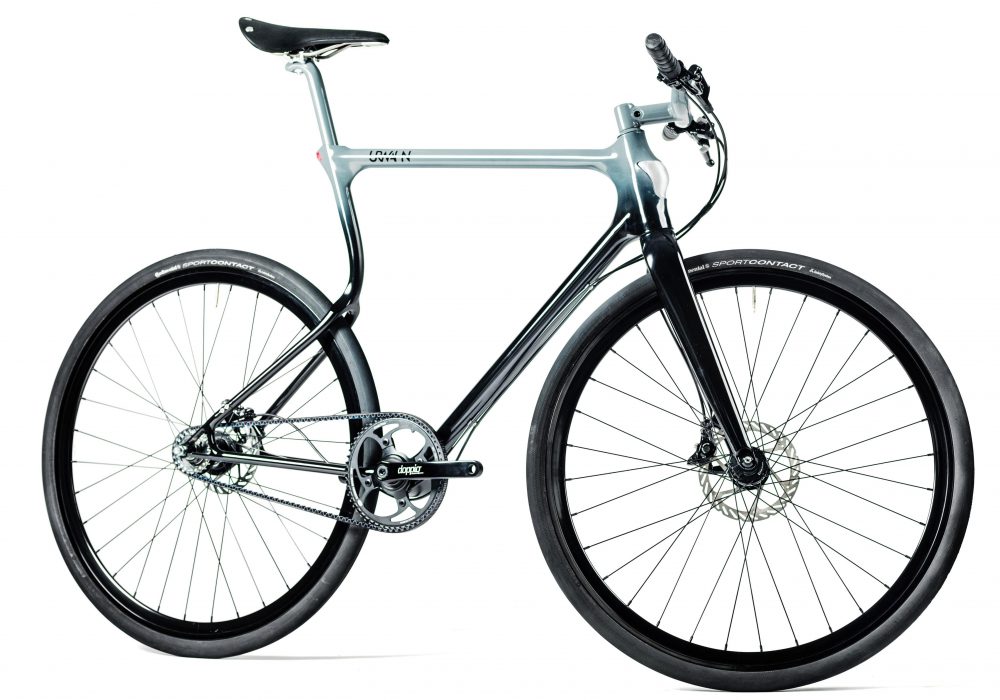 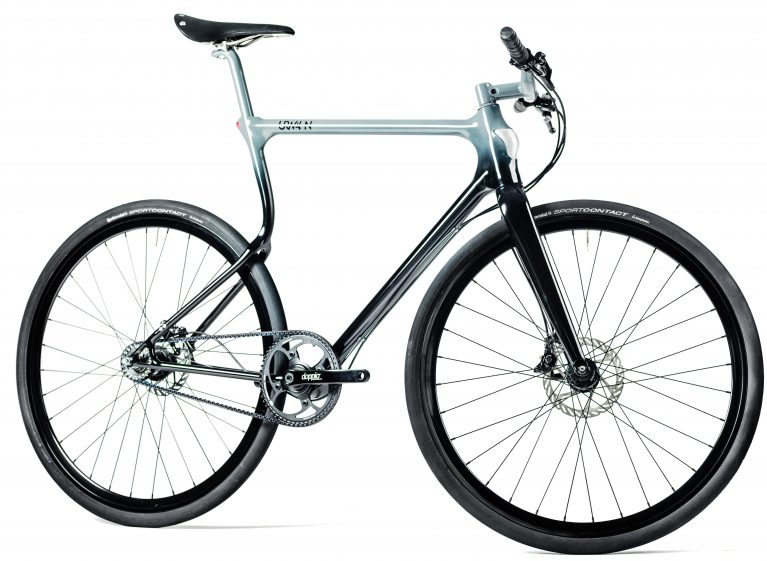 The Stadtfuchs is a striking new bicycle design from German startup Urwahn Cycles that is notable for its swooping seat tube that morphs seamlessly into the seat stays. 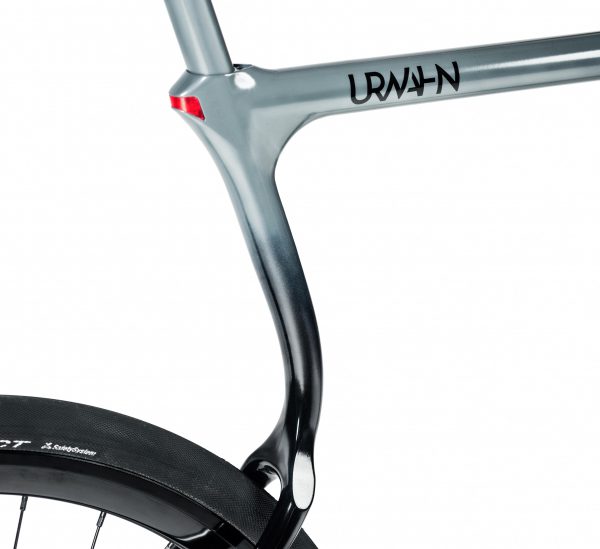 Based in Magdeburg, Urwahn wants to re-imagine how frames are designed and made. The Stadtfuchs is composed of stainless and acid resistant steel tubes joined with pre-fabricated connectors and bonded with adhesive.

“We turned away from traditional constructions, in favor of a more puristic overall appearance with comfortable riding qualities,” says founder Sebastian Meinecke, the brand’s creative engineer. “The result is a form-fitting frame design with elastic structures.” 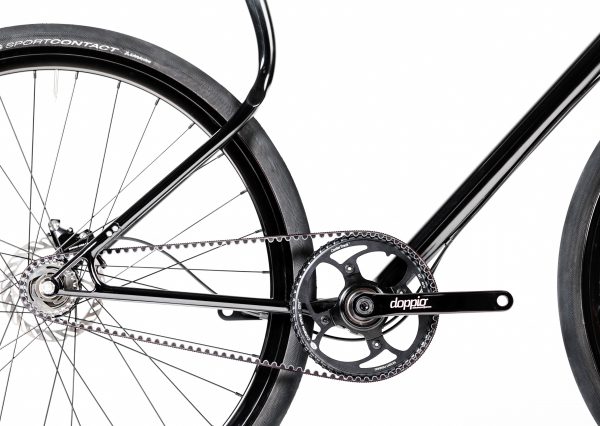 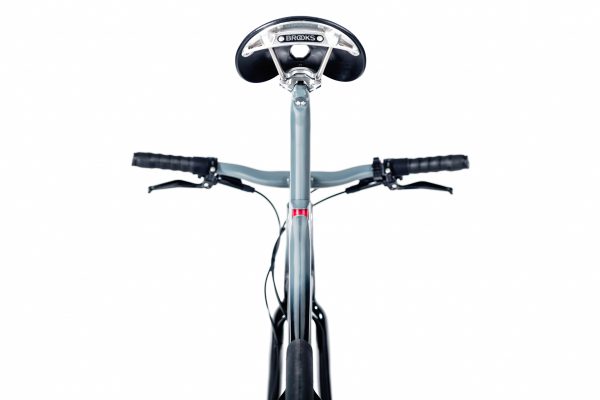 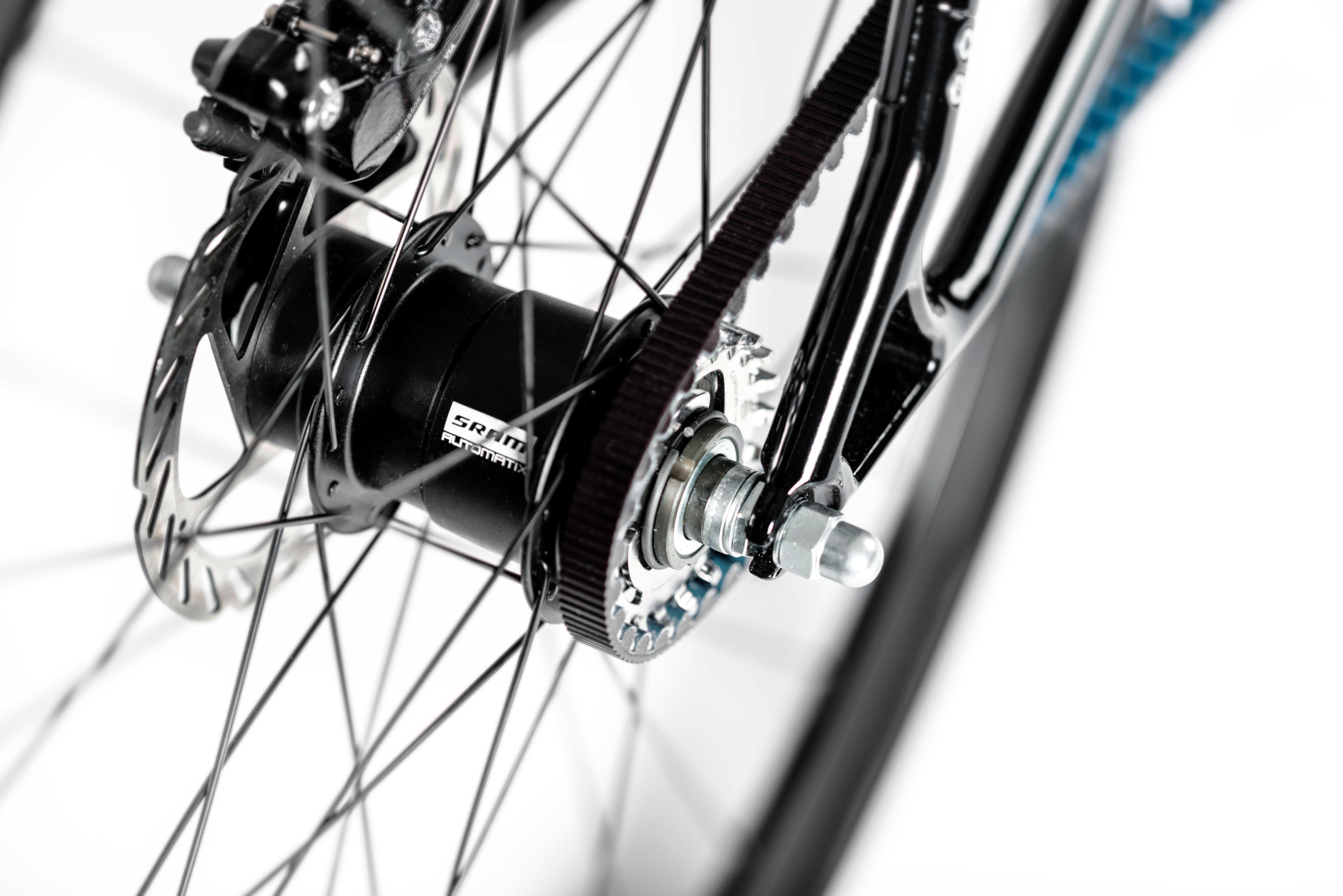 Urwahn has won multiple awards for the design and the company receives support from the Department of Economy and Science of Saxony-Anhalt and the European Union fund. Meinecke became interested in alternative frame designs while getting a master of science degree in sport technology, specializing in “Integrated Design Engineering” at the Otto von Guericke University of Magdeburg. After obtaining his degree, Meinecke teamed up with Marcel Pawlowski (technical engineer, below right) and Konrad Jörß (product engineer, below left) to create Urwahn Engineering. “Both are also bike lovers and have extensive experience in building and developing bicycles. We are driven by the idea taking urban mobility to a whole new level.” Urwahn plans to begin selling the Stadtfuchs in late 2017. urwahnbikes.de