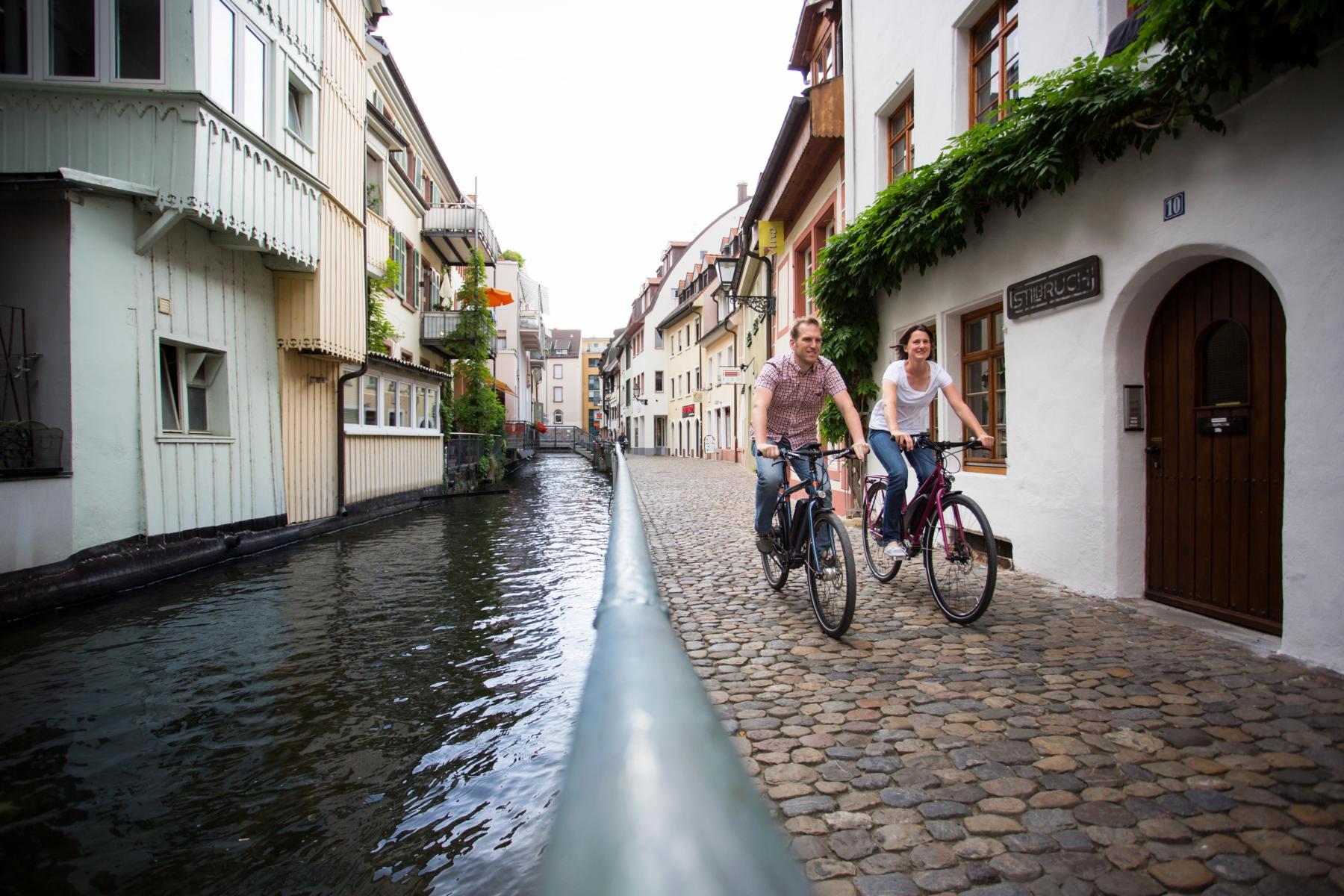 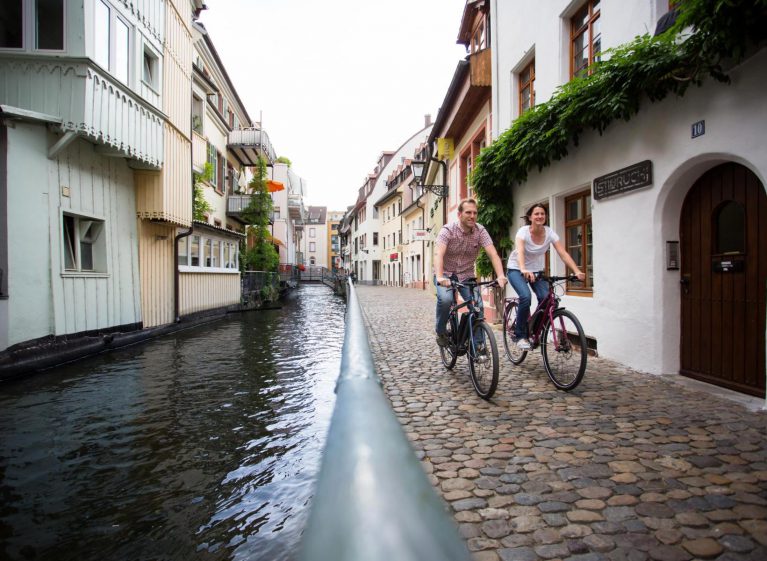 Freiburg is a historic city in southwestern Germany on the edge of the Black Forest that is known for its ancient canals and stone architecture--including the 115-meter tall Gothic tower of its medieval cathedral, the Freiburger Münster, which is covered with gargoyles. 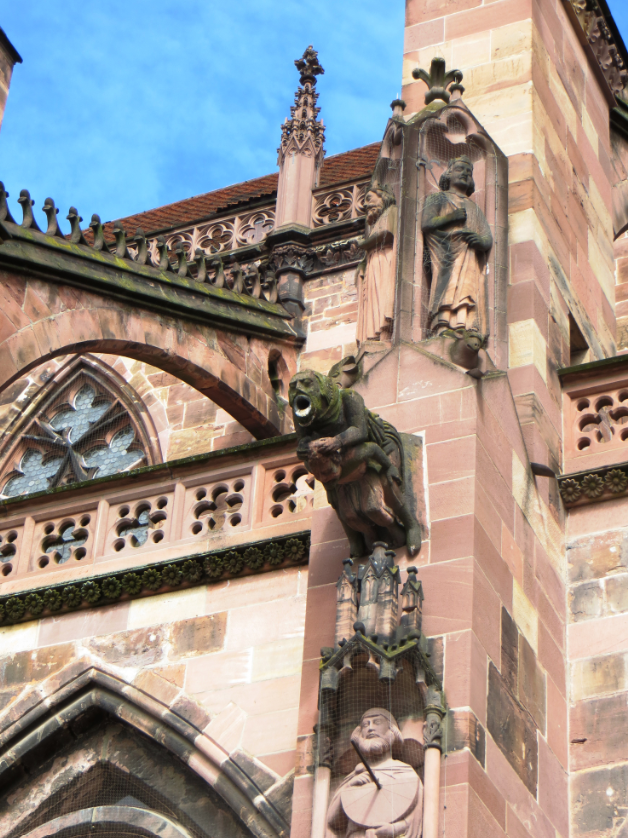 Freiburg is also a university city with a thriving tech industry and 220,000 inhabitants, many of whom are drawn to its mild climate (it is the sunniest and warmest city in Germany), its culture and easy access to outdoor adventures. Known as the “Silicon Valley of the German bike industry,” Freiburg is home to multiple bike companies including Tout Terrain–one of Germany’s premium touring, urban and eBike brands. The name comes from the French phrase meaning “all terrain,” signifying that Tout Terrain’s bikes are made for adventures on-road or off. Founders Oliver and Stephanie Römer created the company in 2005 after careers in information technologies. Their goal is to provide a unique “Made in Freiburg” product–and live an active lifestyle filled with cycling expeditions. 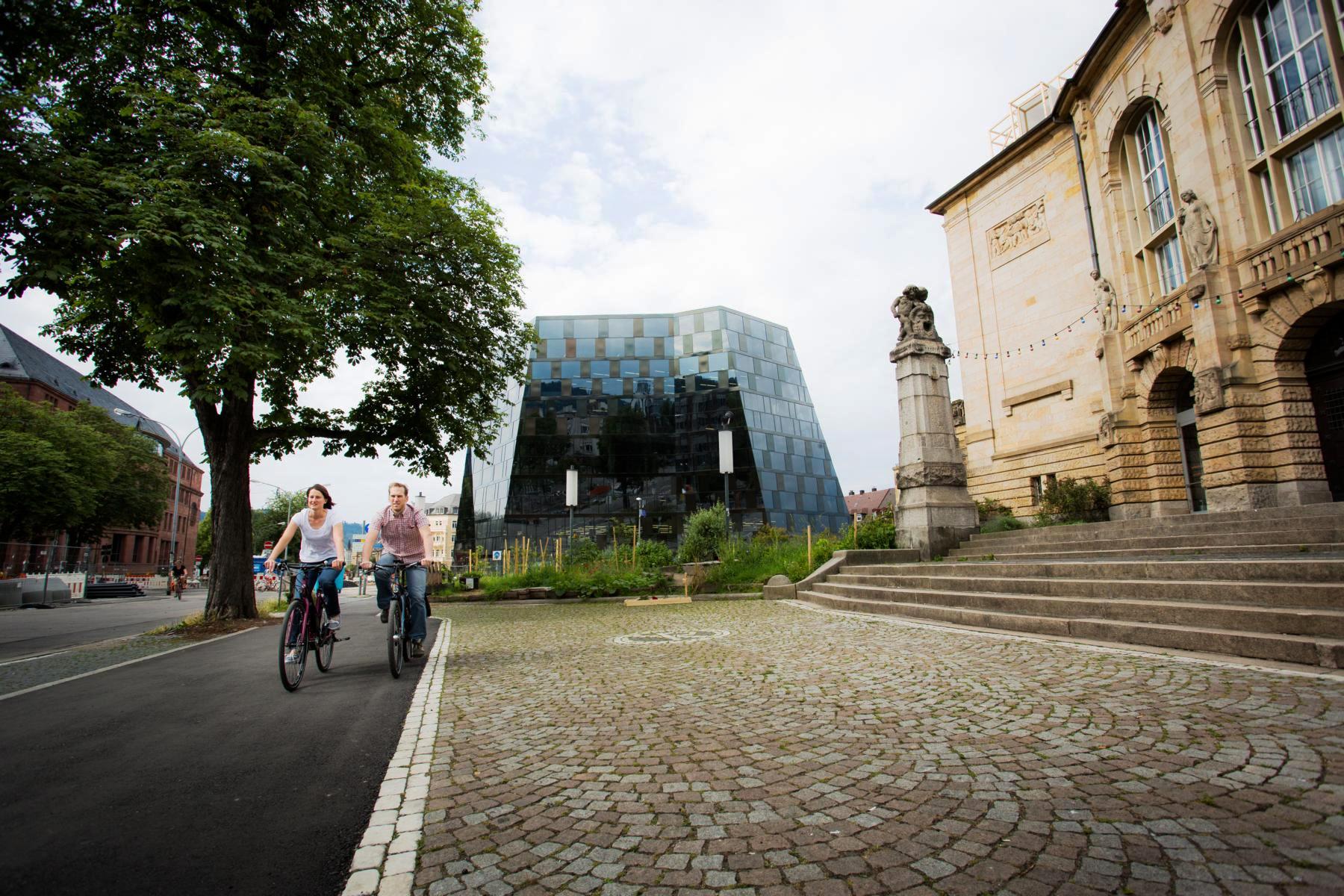 The Belted Blog visited Tout Terrain in Freiburg last fall, touring the city and surrounding countryside on their bikes and eBikes. With more than 400 kilometers of cycling paths and bike lanes, Freiburg is a bike-friendly city where more than 35,000 people ride daily to commute, shop and run errands. The city’s historic center is closed to cars, making it a giant pedestrian and bicycle zone. Ollie and Steffi pedal to work, ride to the city’s biergartens, restaurants and farmer’s market in the cobblestone Münsterplatz. “At tout terrain more than 80 percent of the employees bicycle to work,” Steffi says. “I love to cycle through the old downtown area around the Münster, with its cobblestone pavement and all the picturesque old buildings, and also along the Dreisam river paths, enjoying nature within the city. The surrounding countryside is great for weekend rides into the mountains of the Black Forest and the wine-growing regions of the nearby Kaiserstuhl.”

While it has expanded into urban, gravel and electric bikes in recent years, Tout Terrain’s roots are in touring and trekking, and Oliver and Steffi have ridden across much of Germany and Europe, through Patagonia, Southeast Asia and the American Southwest. Tout Terrain touring bikes are built for durability, with integrated racks, fenders, dynamo lights, Gates belt drives and low-maintenance transmissions with Rohloff hubs and Pinion gearboxes. Tout Terrain has an integrated operation with in-house powdercoating, R&D, wheel building and assembly located in a spotless workspace and warehouse, with light and airy offices and a showroom above. 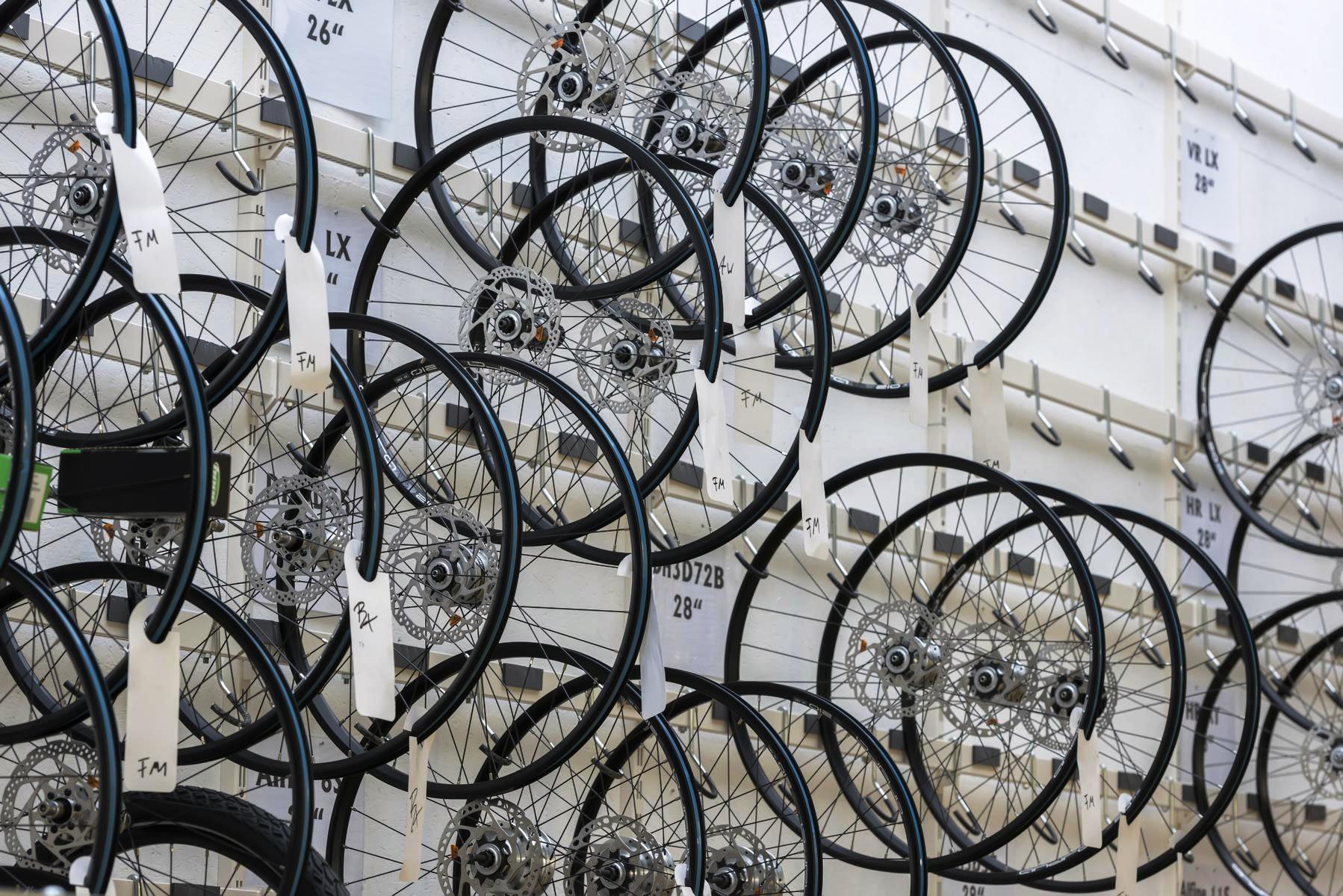 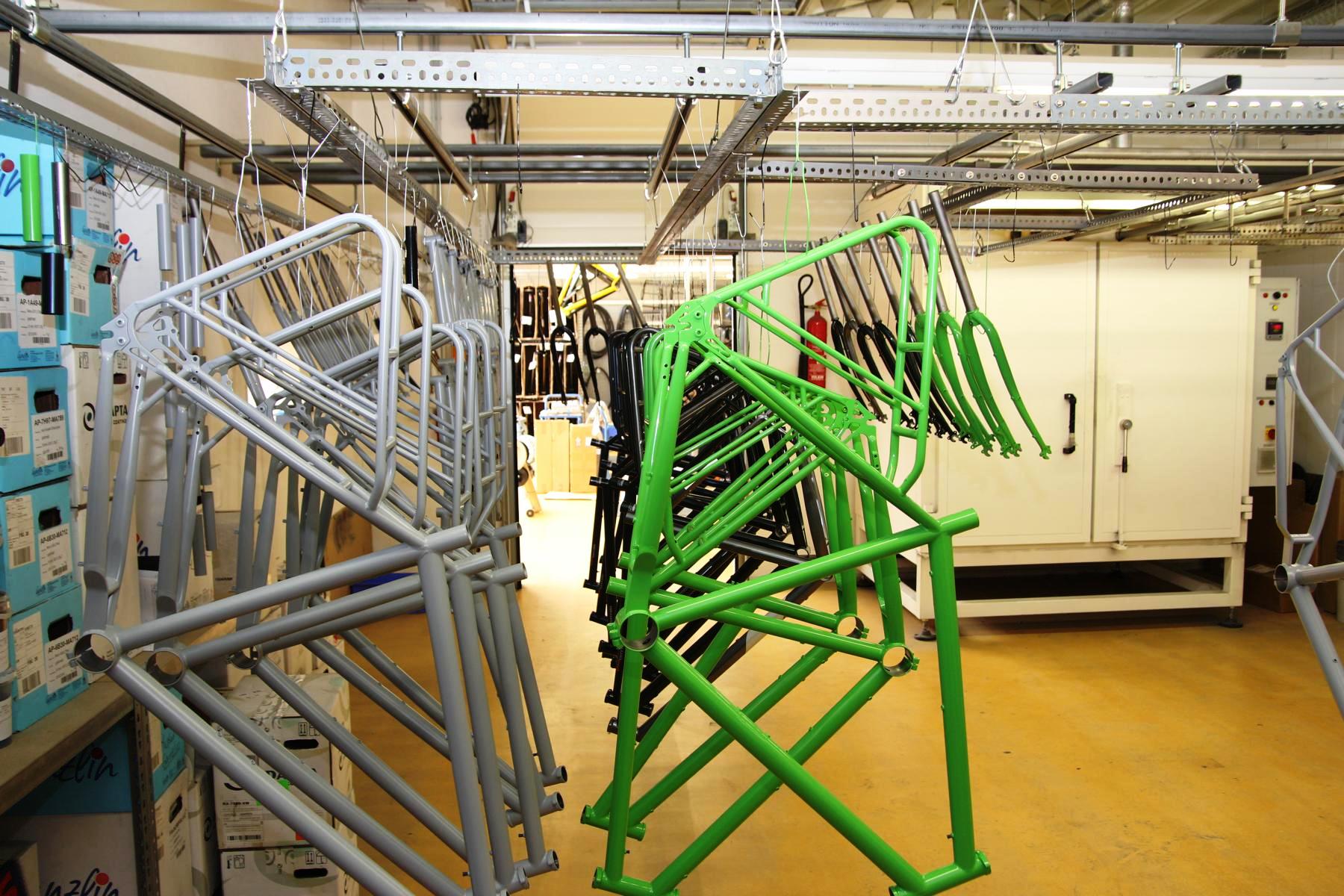 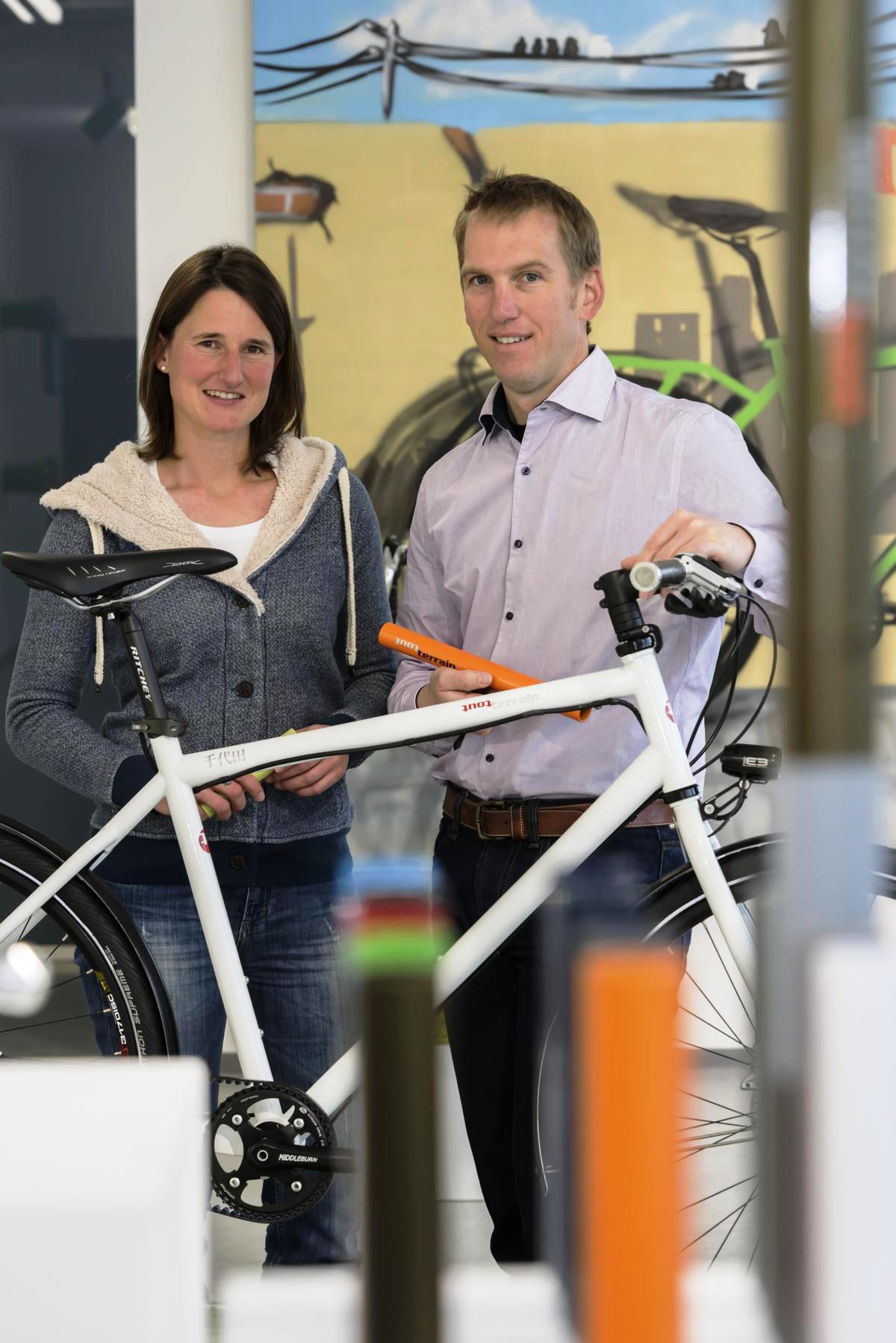 While the bulk of their sales are in Germany and Europe, Tout Terrain last year signed a North American distribution agreement with Cycle Monkey that makes some of their models available in the US. In March, they will attend the North American Handmade Bike Show in Salt Lake City. The buzz is high for Tout Terrain’s practical, “European-style” expedition rigs. Adventure Cyclist recently reviewed the Tanami Xplore with Gates Carbon Drive and a Pinion hub, saying it “may be the most interesting touring bike currently on the market.” Read the review. If you are a touring or expedition cyclist, no visit to Freiburg is complete without viewing the gargoyles of the Münster, or calling in on Tout Terrain. Tell Ollie and Steffi we said hi. tout-terrain.de 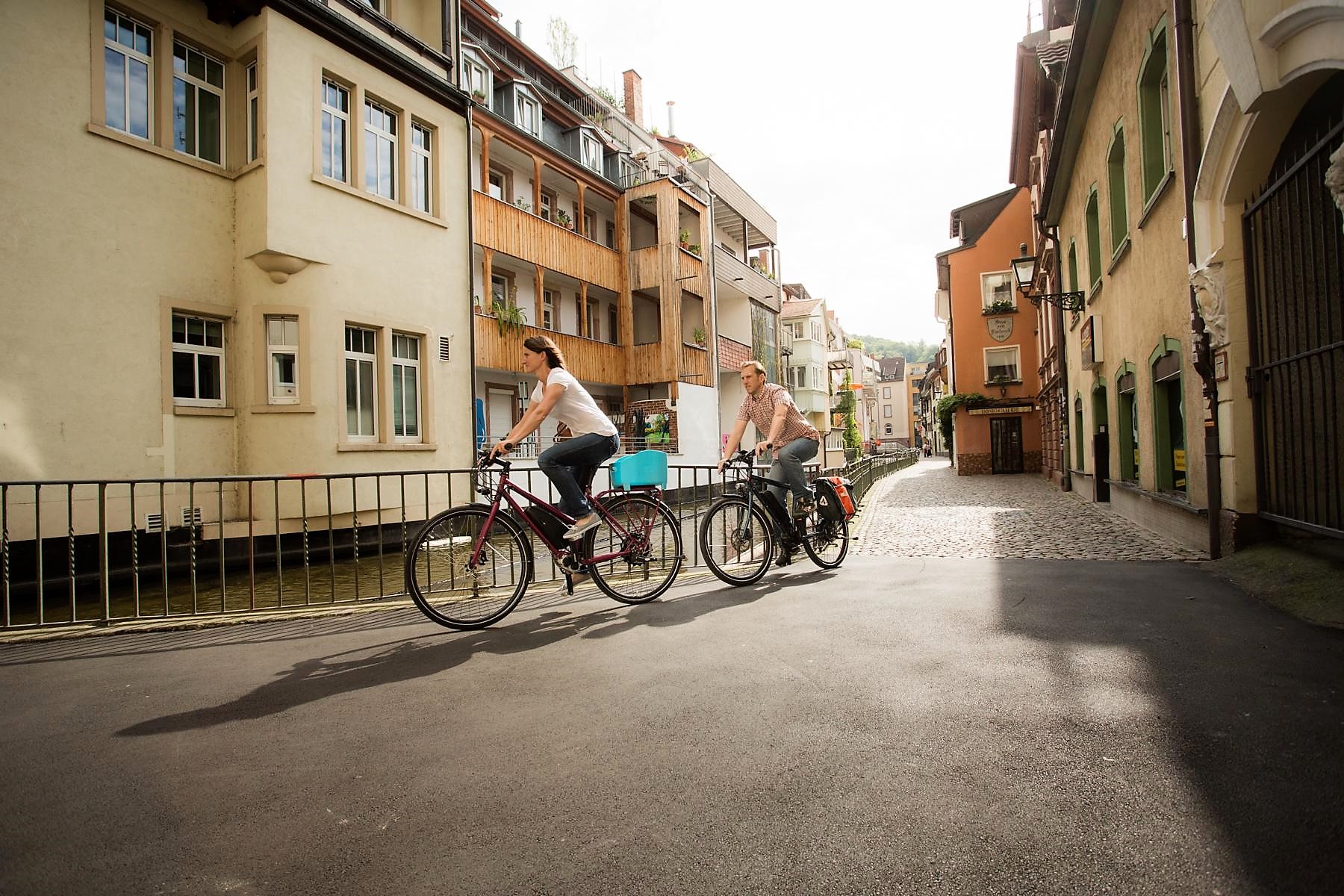