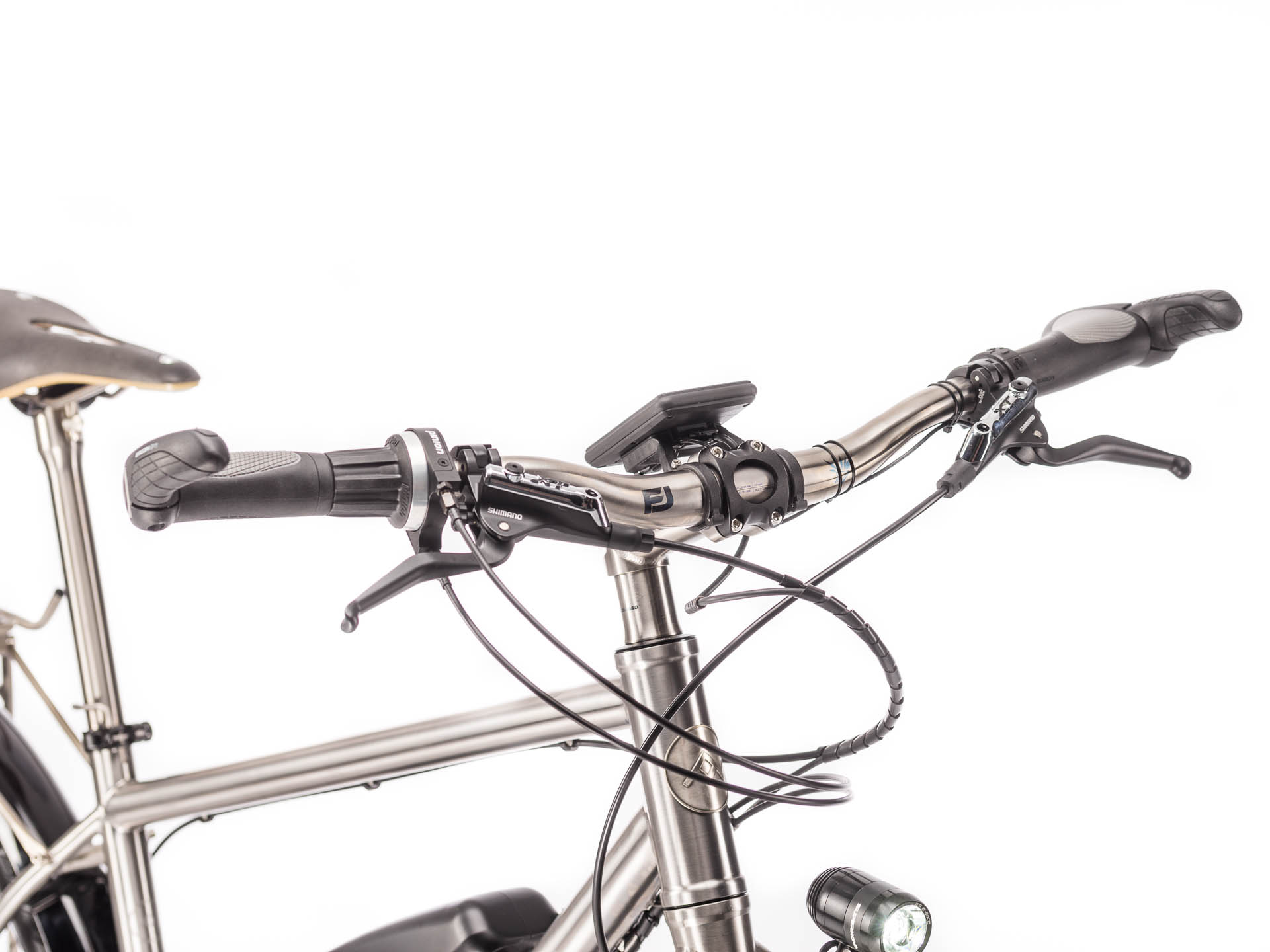 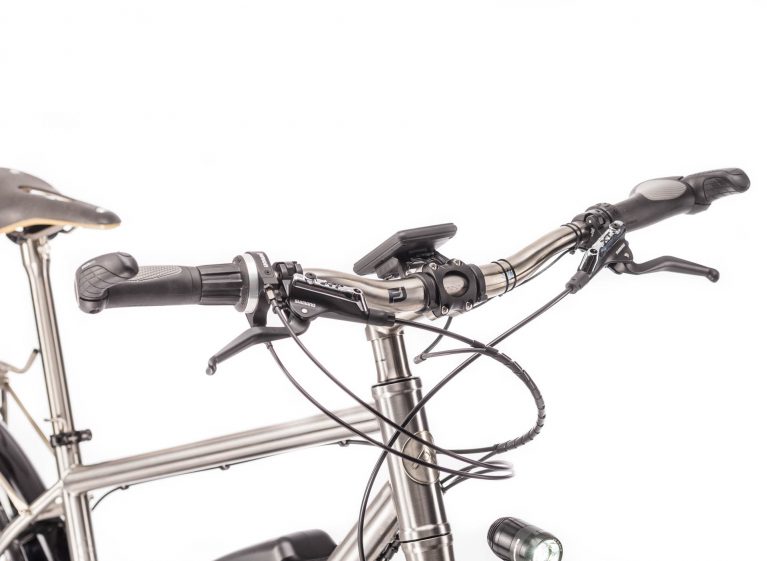 Discovered in 1791 and named for the Titans, the legendarily powerful deities of Greek mythology, titanium could be called the metal of the gods.

With an atomic number of 22, signifying the number of protons in its nucleus, this gray metal symbolized as Ti on the periodic table is renowned for its light weight, strength and anti-corrosion properties. Titanium is among the most coveted materials in bicycle construction–allowing for the use of thin-wall tubing that’s as strong as steel but half as heavy. German brand Falkenjagd is among the premium frame builders who create so-called “lifetime bikes” from Ti.

The judges of the Taipei Cycle Show have noticed Falkenjagd’s innovation and excellence, awarding the company’s Hoplit PI Reisrad touring bike with a 2017 Design Award. Gates will feature this bike in its booth at the upcoming Taipei Cycle Show in late March. Falkenjagd, based north of Munich in the communities of Garching and Ismaning, waxes poetic about titanium and its elastic properties that provide a comfortable and shock-absorbing ride.

“Its minimalist appearance gives a titanium frame a timeless quality that sets it above passing trends,” Falkenjagd says on its website. “It retains its value much better than any other frame material. We refrain from any use of paint or decals. The amount of labour required at both the building and finishing stages is immense, but once completed, the unadorned, hand-crafted frame is a joy to behold.”