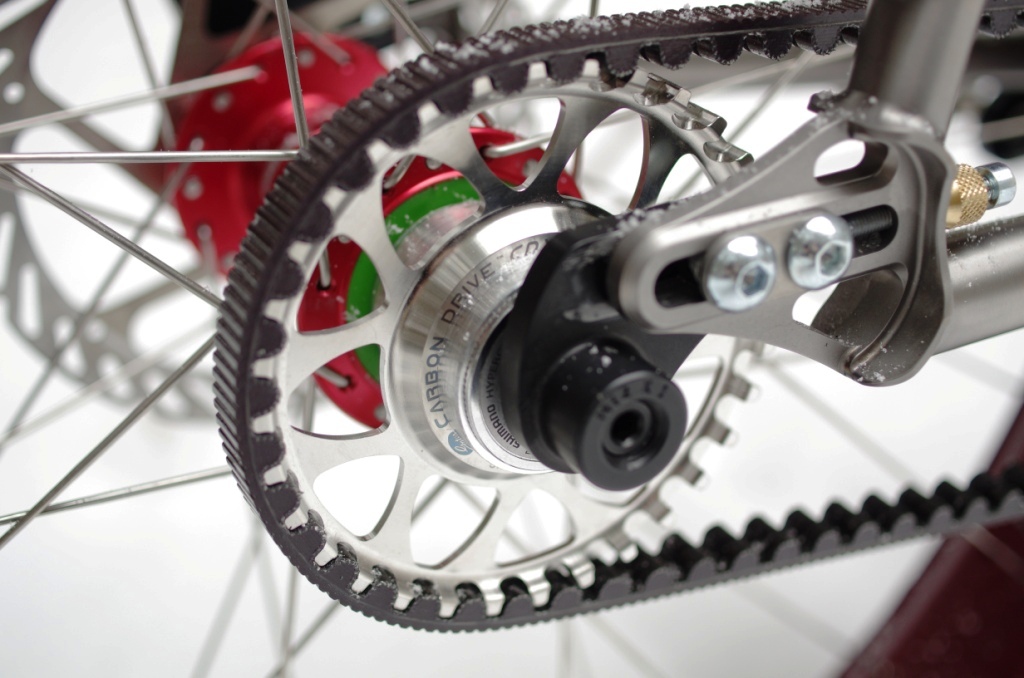 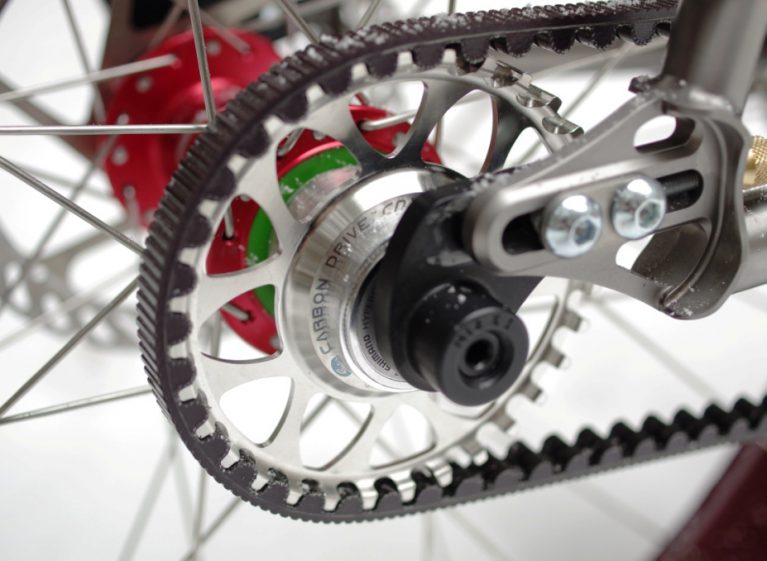 When winter snows blanket the northern latitudes, the fat bikers at Canada's True North get rolling. 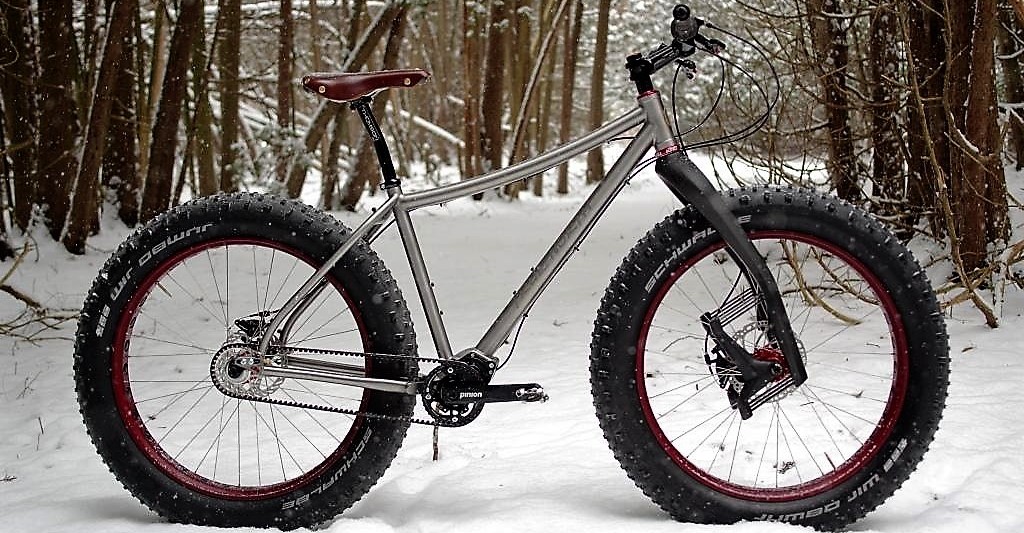 True North is a custom brand in Belwood, Ontario, about a 90-minute drive from Toronto. They make made-to-order steel and titanium bikes across many styles, from touring to road riding to mountain and fat biking. This titanium fat bike was made for a Canadian customer who wants to ride through the coldest months of northern Ontario. It has a Pinion gearbox and Gates drive for powering through the snow without grease or maintenance. The lightweight carbon Lauf fork smooths out chatter and adds to the natural suspension of the tubeless Schwalbe Jumbo Jim tires. The red rims are custom powder-coated Surly Rolling Darryl’s laced to Hope hubs, the saddle is a Gilles Berthoud, and the bike has a Thompson cockpit. The brakes are mechanical TRP Spykes because mineral oil and fluids get thick in the extreme cold. “It’s a pretty classic True North build,” says the company’s Damian Bradley. 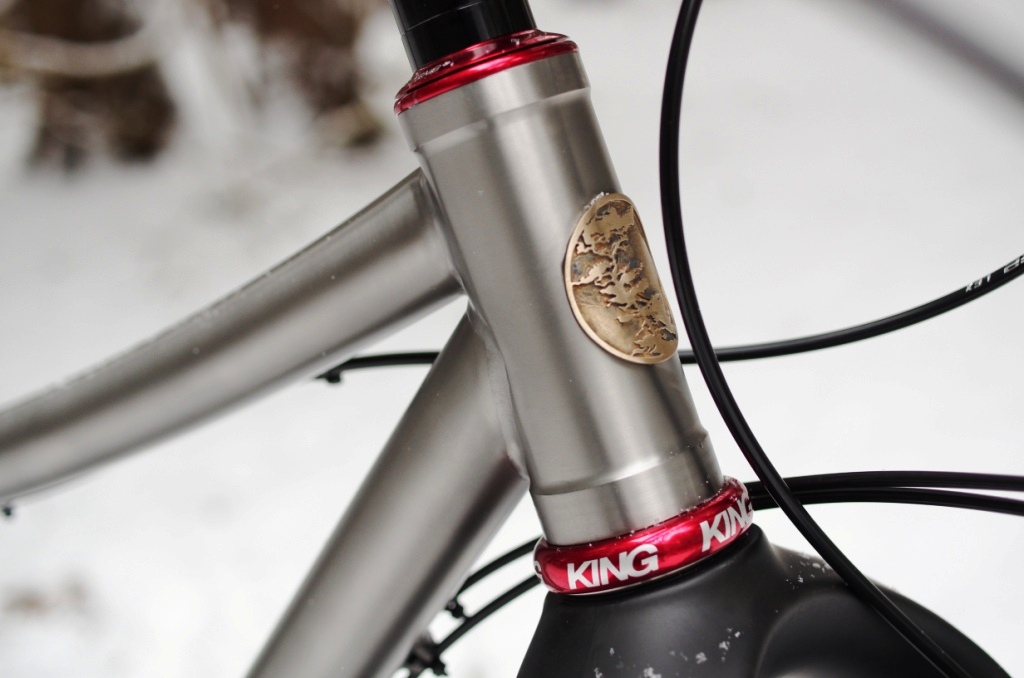 True North dates to 1993, when founder Hugh Black started building frames in a workshop on his parents’ farm. Legend has it that Black had to continually feed the woodstove in his shop during winter to keep from freezing. Much has changed in the 24 years since. After graduating with a mechanical engineering degree from Queen’s University, Black moved into a bigger workshop and grew True North Cycles into a full-fledged brand. In 2015, True North opened a retail shop, the Bicycle Tailor, about 15 minutes away. The Bicycle Tailor services central Ontario and specializes in Canadian brands.

“True North has a great local market and we are well known in Southern Ontario, but our bikes get shipped around the globe,” Bradley says. “With the strong US dollar, True North pricing is especially attractive to customers in the States and in countries with currency based on the US dollar. We even get customers flying from other parts of Canada to pick up their bikes in person and get the final fit.”

“There is a strong demand for custom bikes with Gates, Rohloff and Pinion with S&S couplers, Schmidt dyno hubs, bikes that can go everywhere,” Bradley says. “We focus on performance, fit and reliability, frames built to last, parts that don’t break down, smart specs.”

Check out more of their Gates Carbon Drive builds here.

As for the riding, Ontario is going off, Bradley says.

“Fat bikes are gaining huge ridership north of the border in the last two years, with more and more clubs grooming winter tracks throughout the province.”

There is now an Ontario fat bike race series.

“Some folks are turning to 27.5+ and 29+ bikes to ride on packed and groomed singletrack networks. Those bikes are becoming an alternative four-season bike around here where snow isn’t crazy deep, and we find ourselves with variable conditions, but there is no doubt that ‘full fat’ remains the most versatile winter bike up here.”

The True North posse likes to ride the trail networks of GORBA, Hydrocut, the Pines and Turkey Point.

The new True North website is under construction, but they can be reached through their Facebook page. Time to head North, before the snow melts, to get some Canadian fat. 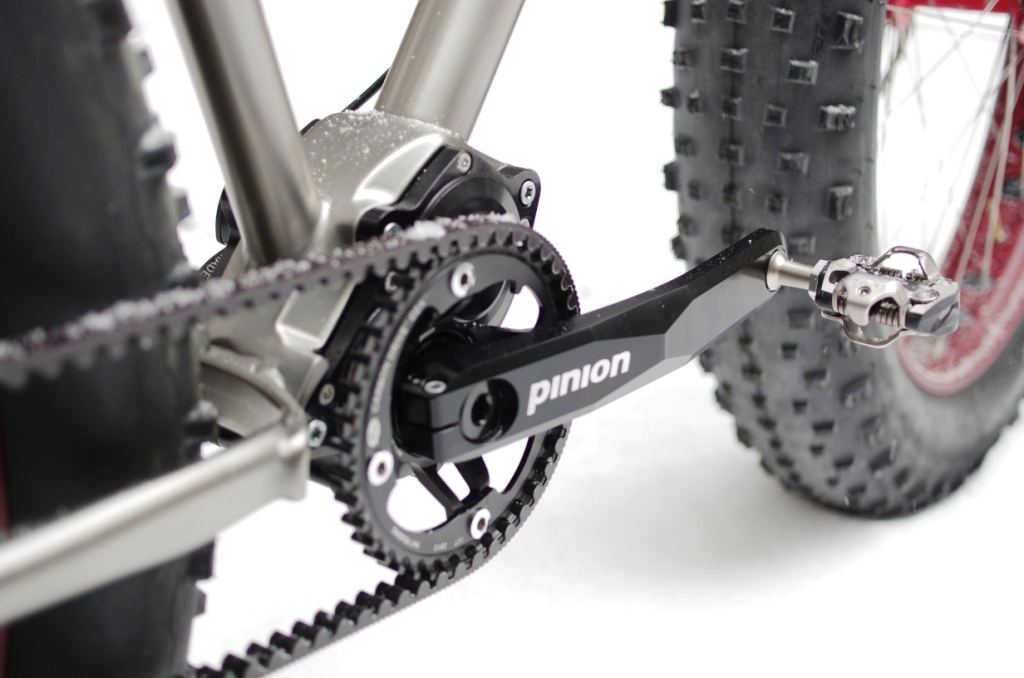