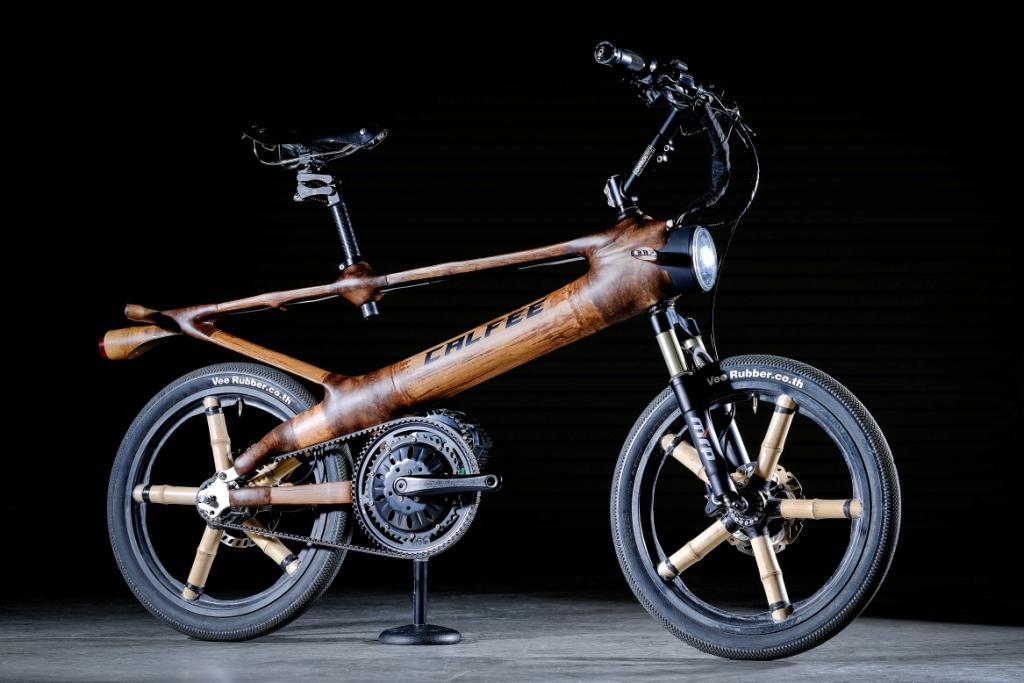 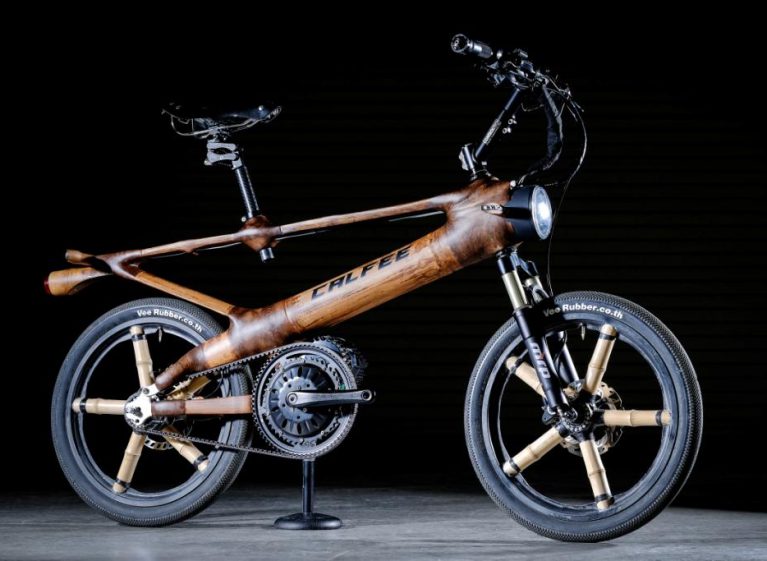 The North American Handmade Bicycle Show (NAHBS) is a yearly gathering of the most talented custom bike builders--artisans who craft beautiful machines from titanium and aluminum, steel and carbon, bamboo and hardwood.

We sent Gates engineer slash in-house photographer Tim Lucking to NAHBS 2017 in Salt Lake City, Utah, to shoot the most intriguing bikes with Gates Carbon Drive. First up is Shamrock Cycles, which won the NAHBS award for Best City Bike. Shamrock owner Tim O’Donnell created the bike for a Florida man who wanted an elegant way to transport wine to parties. The bike has Alfine Di2 electronic shifting, custom racks, dynamo lighting and a paint job worthy of a glass of fine red. 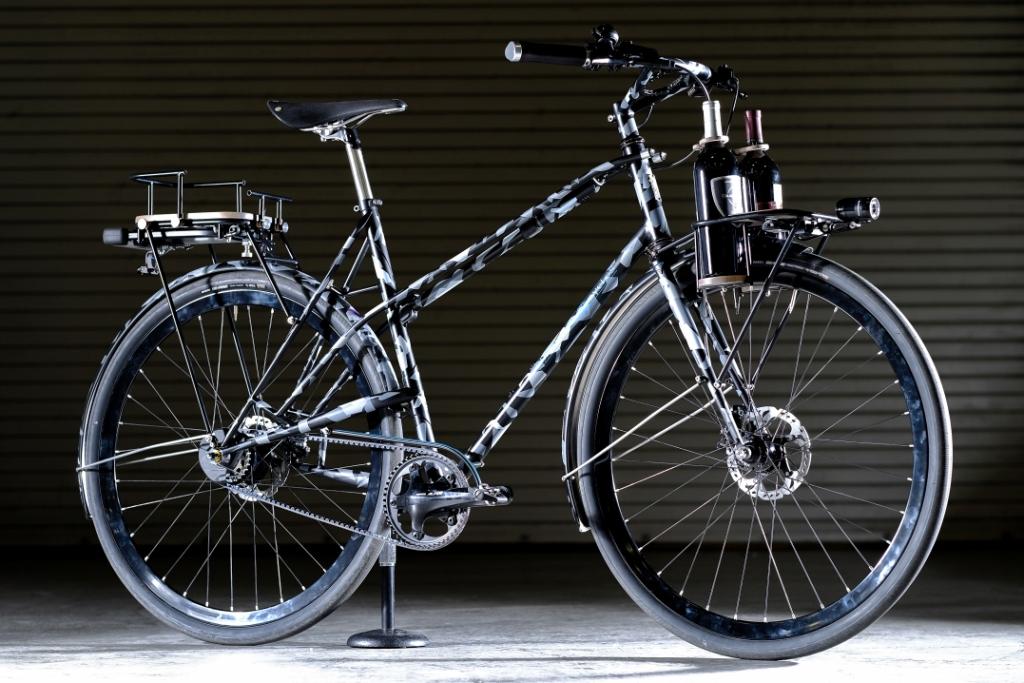 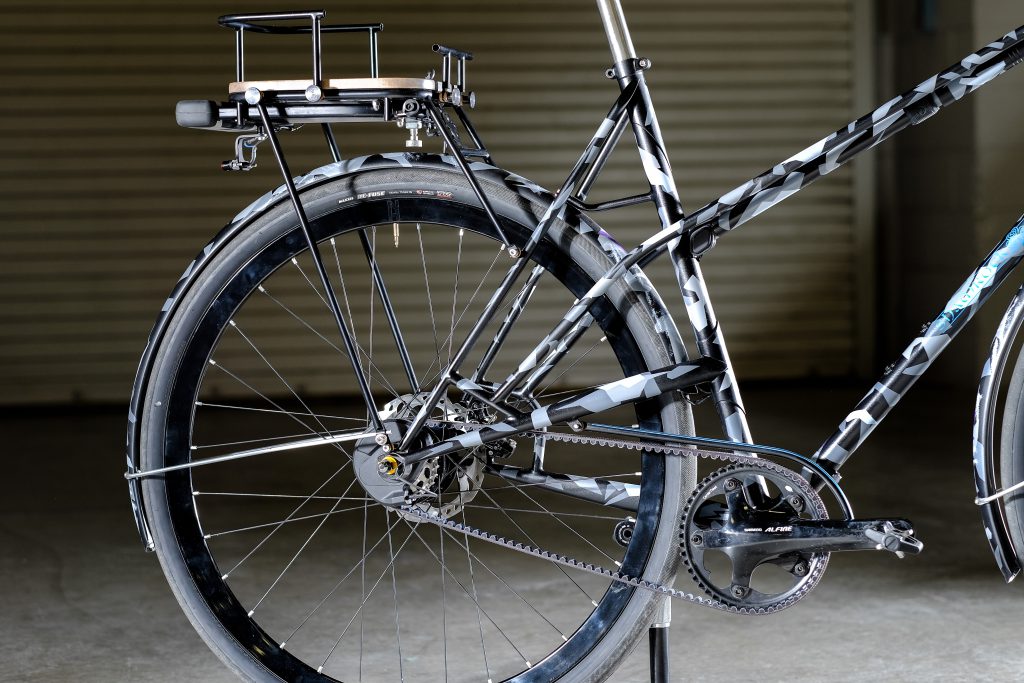 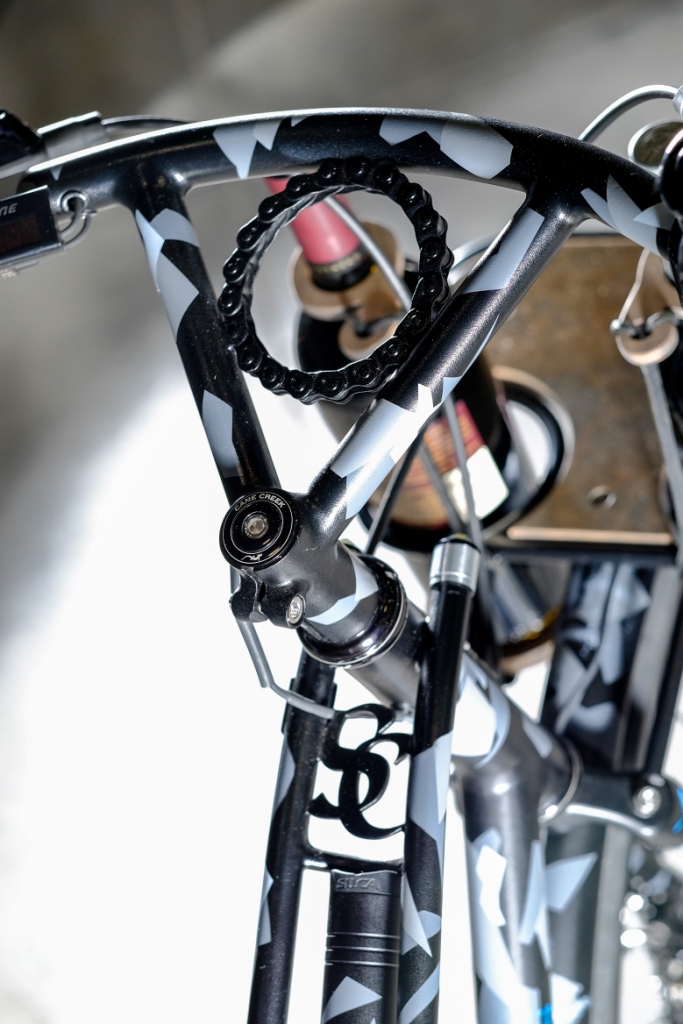 Black Sheep Bikes from Colorado created this step-through titanium adventure bike with a Rohloff Speedhub, an integrated rack and a Carbon Drive Red belt for some candy color. 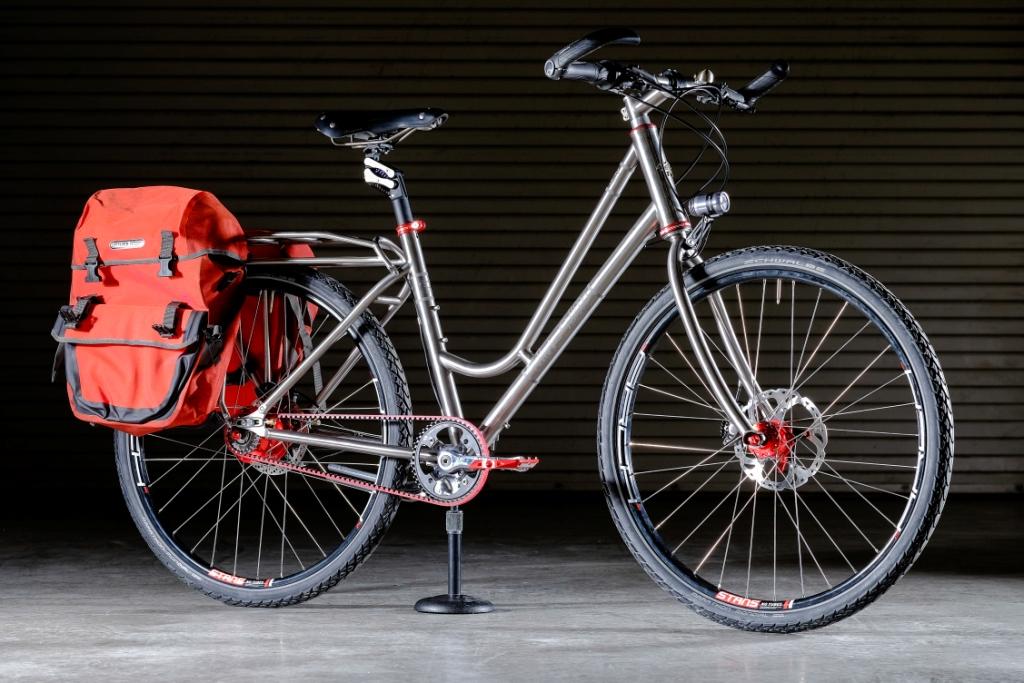 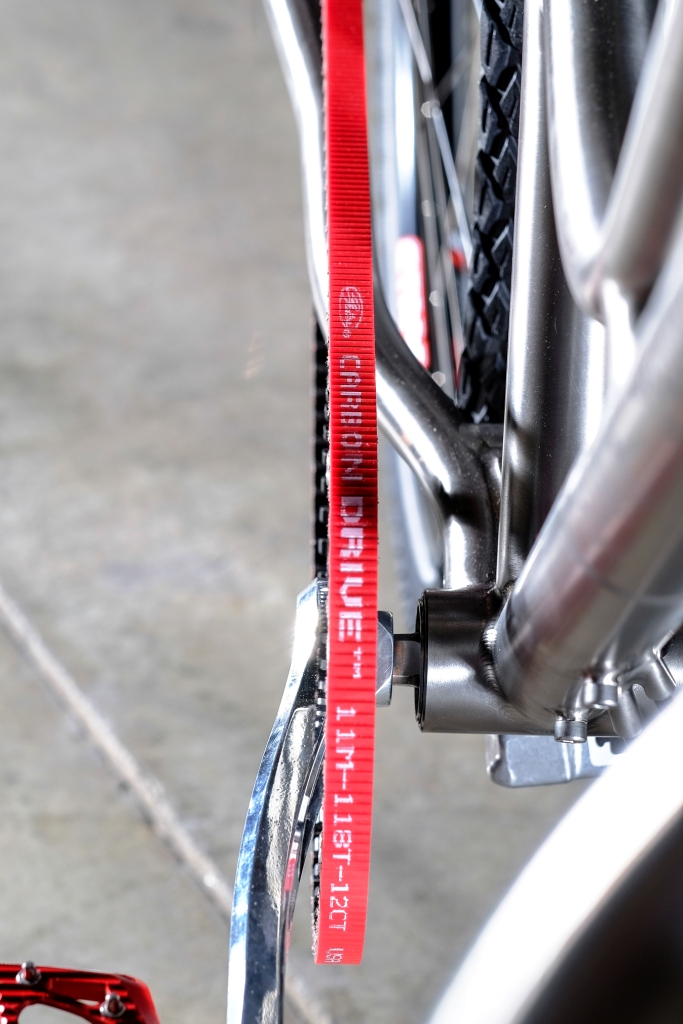 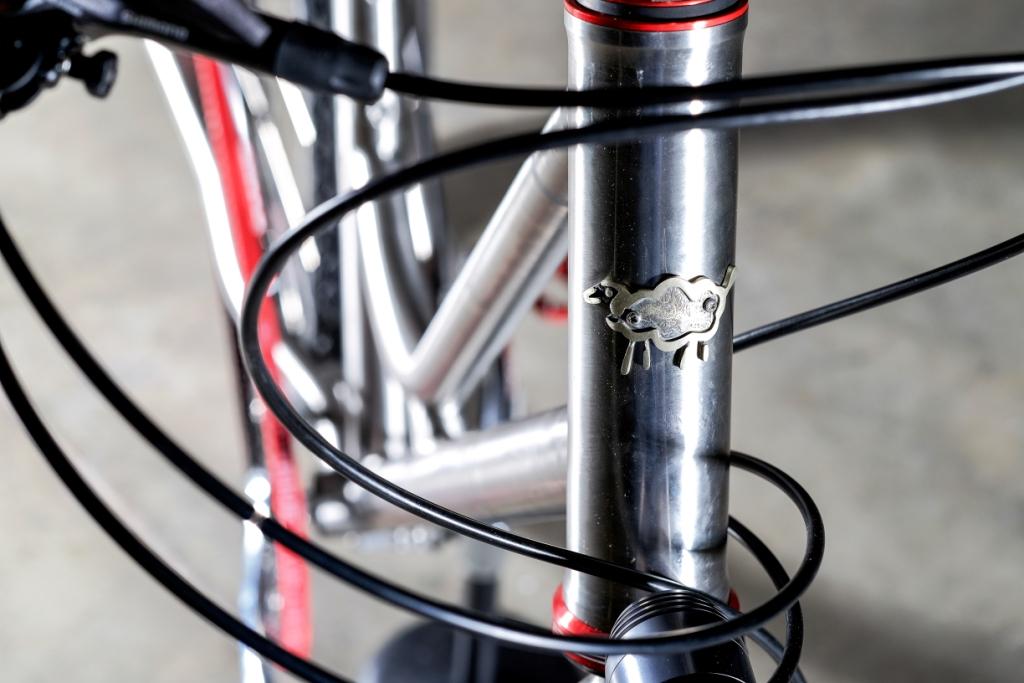 Craig Calfee of Calfee Cycles created one of the most curious and mind-boggling bikes of the show, a bamboo mini eBike with head and tail lights and directional blinkers, bamboo spoked wheels, plus a suspension fork for safety on rough roads and a Body Float carbon seatpost. Truly awesome. 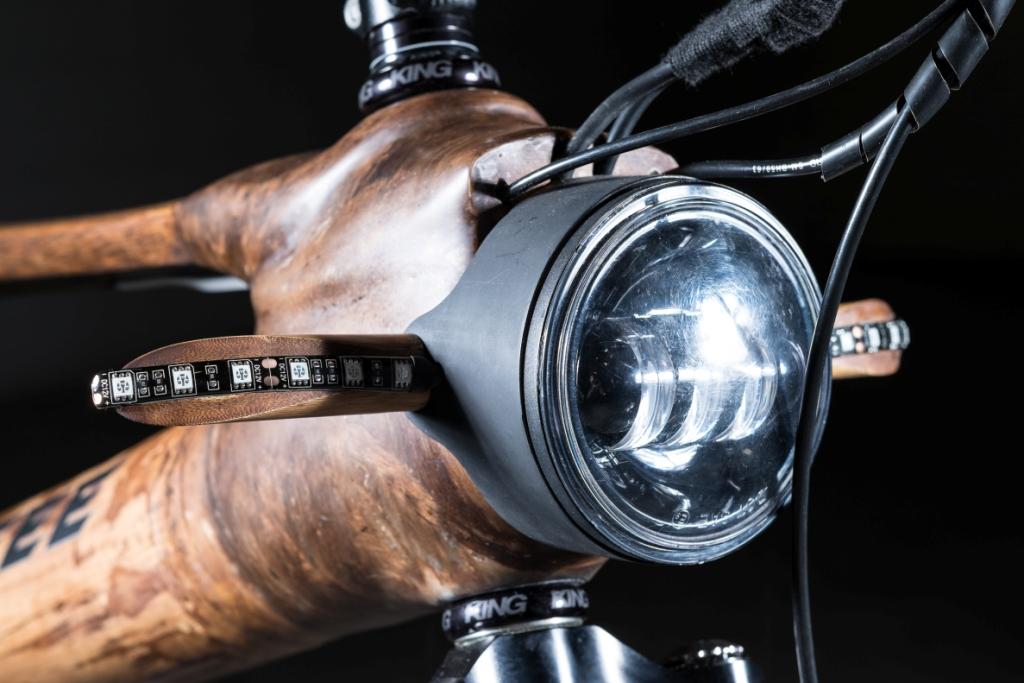 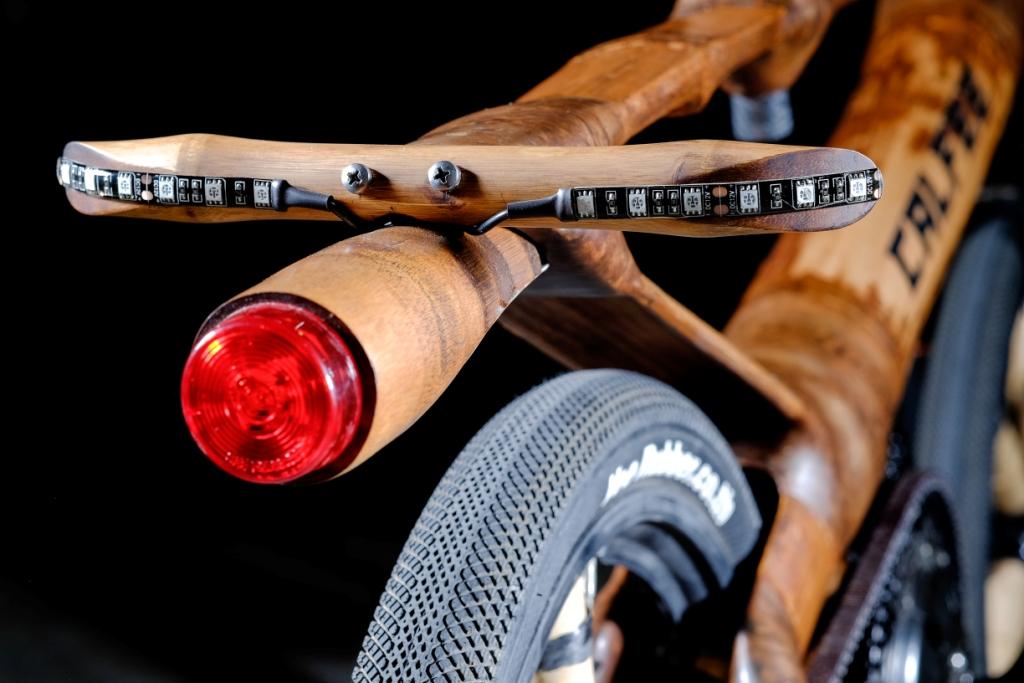 Hardwood specialist Connor Wood Cycles, who previously created a baseball bat bike for the Louisville Slugger company, showed off this frame created for a Swedish movie. Chris Connor hired a Colorado artist who specializes in burnt wood drawings to etch the intricate pattern on the bike, which is adorned with a white leather Leh saddle and bar wrap.

NAHBS founder Don Walker welded this cherry tandem that uses the Gates timing belt, resulting in a big weight savings from a similar sized timing chain. Based in Louisville, Kentucky, Walker is celebrating more than 25 years of creating custom bikes.

GRD Cycles employed some unique fabrication processes for this Pinion gearbox mountain bike, whose frame was created from stainless steel sheet metal that was folded and welded at the seams to create the square tubing look. An acid wash and clear coat provide a lustrous finish.

Ground Up Speed Shop owner Eric Baar specializes in hand painted frames. This is his personal singlespeed mountain bike. Barr says he loves the clean simplicity of the Gates belt.

Couplers on this Independent Fabrication travel bike allow the frame to be taken apart and packed in a case. It also has a slick frame split on the right seat stay for installing the belt, which pairs with a Rohloff Speedhub.

This is the titanium shop bike of Moonmen Cycles, with a custom ti porteur rack and a stylish double top tube. The belt tensioners on the stays are simply elegant.

Due to the large number of great bikes with Gates Carbon Drive at NAHBS 2017, we have created a second post to show you the remainder of the belted bikes, all artfully photographed by our man Tim, whose tools of the trade are shown below.