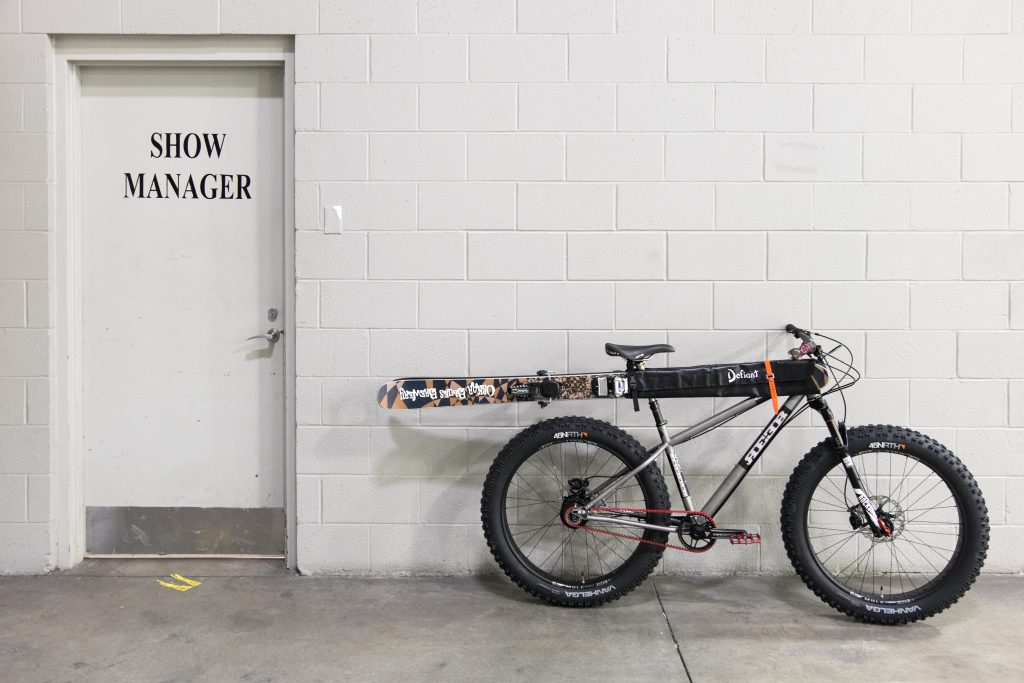 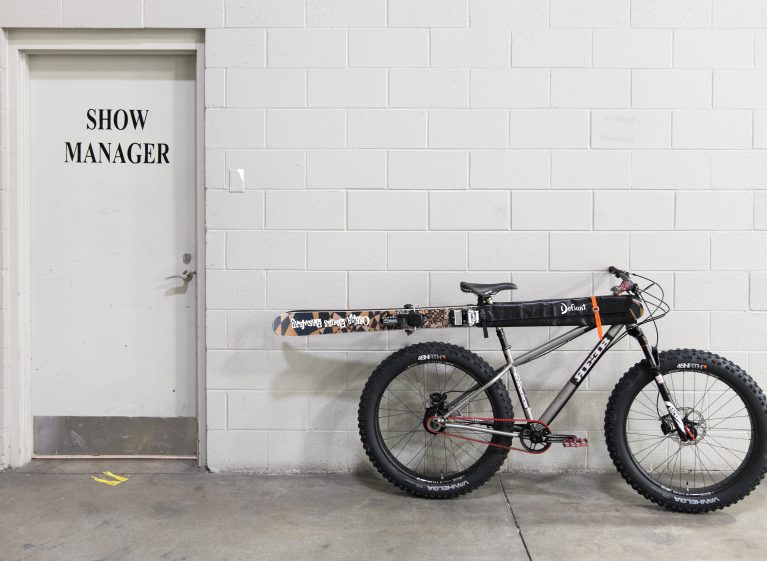 With Utah's snow-covered peaks as a backdrop, skiing was on the minds of many visitors to the 2017 North American Handmade Bicycle Show in Salt Lake City. 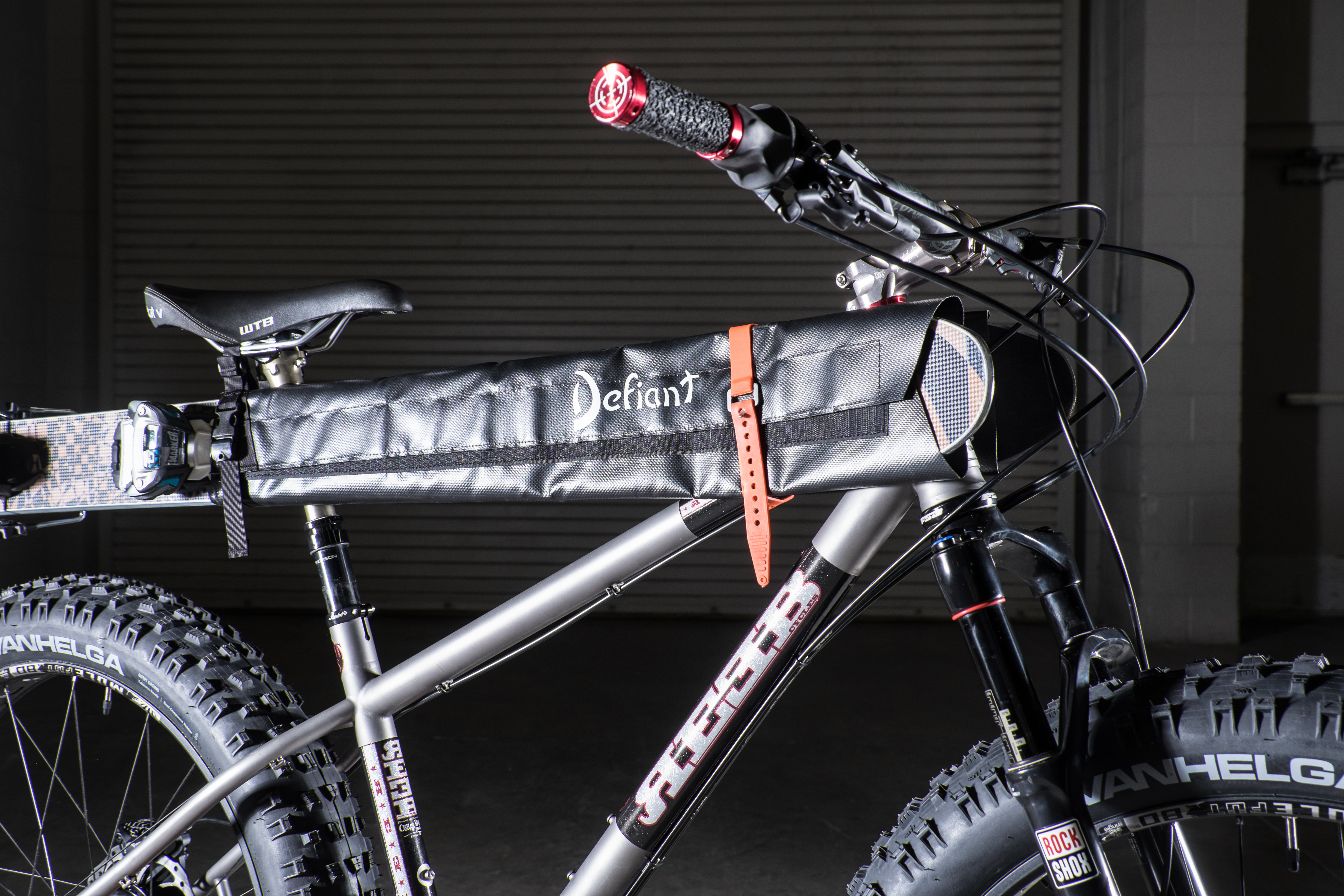 Last week we published Part One of our NAHBS 2017 photo album; now comes Part Deux. REEB Cycles rolled into SLC with its version of the ultimate ski town bike: a Donkadonk fat bike kitted out with a ski carrier, a red belt and Rohloff hub for rolling through snow and slush. SKI Magazine wrote that the Donkadonk may be the coolest skier’s bike ever. We agree. 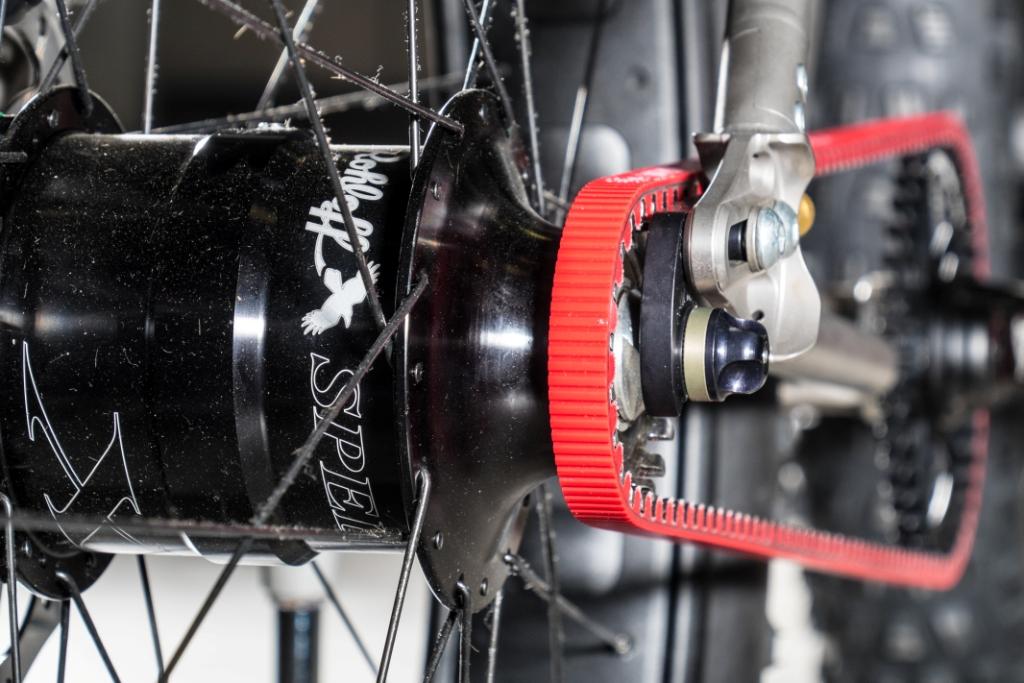 REEB also showed off two bikes equipped with Pinion gearboxes: a Dikyelous set up for long-distance bikepacking, and a purple Sam’s Pants that is REEB fabricator Chris “Soultrain” Sulfrian’s personal commuter bike. Note the stylish bars and Toggle Drops from Paragon Machineworks on that purple machine. 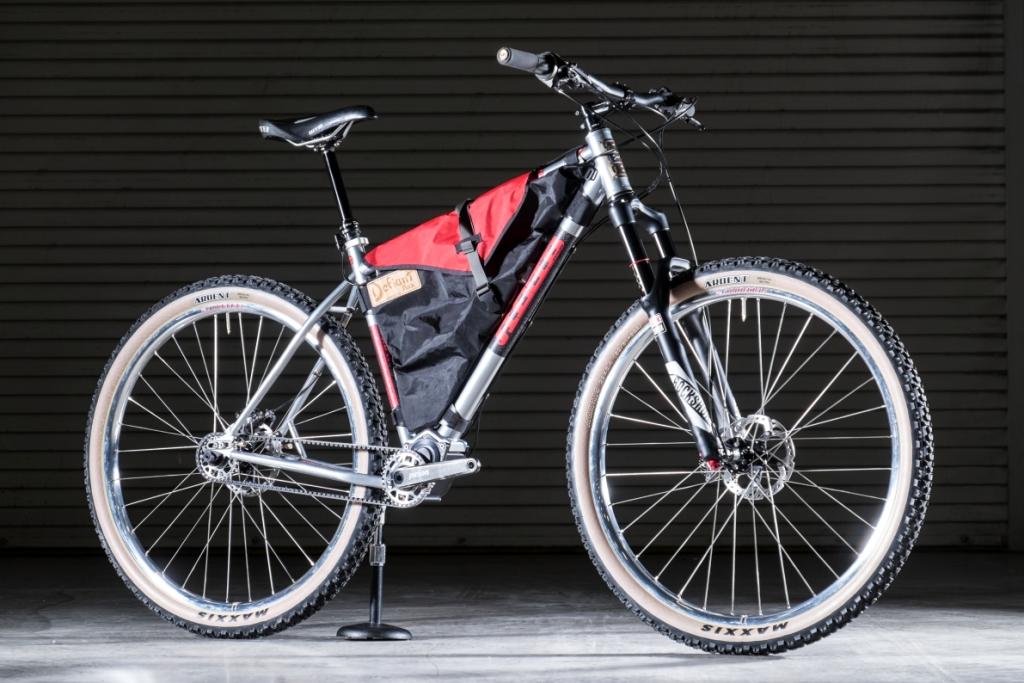 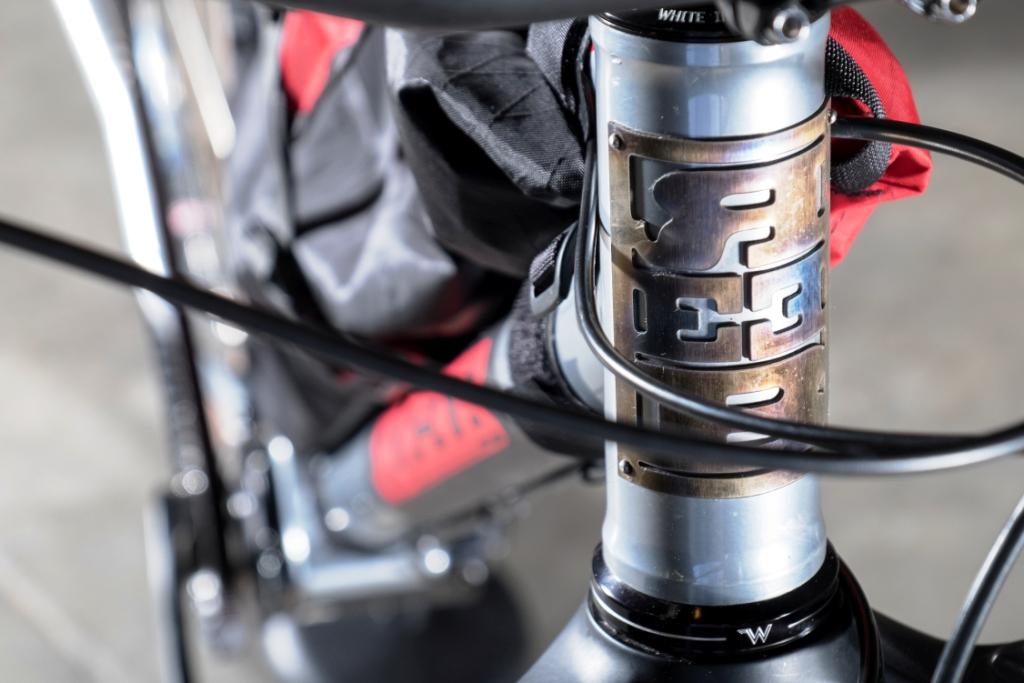 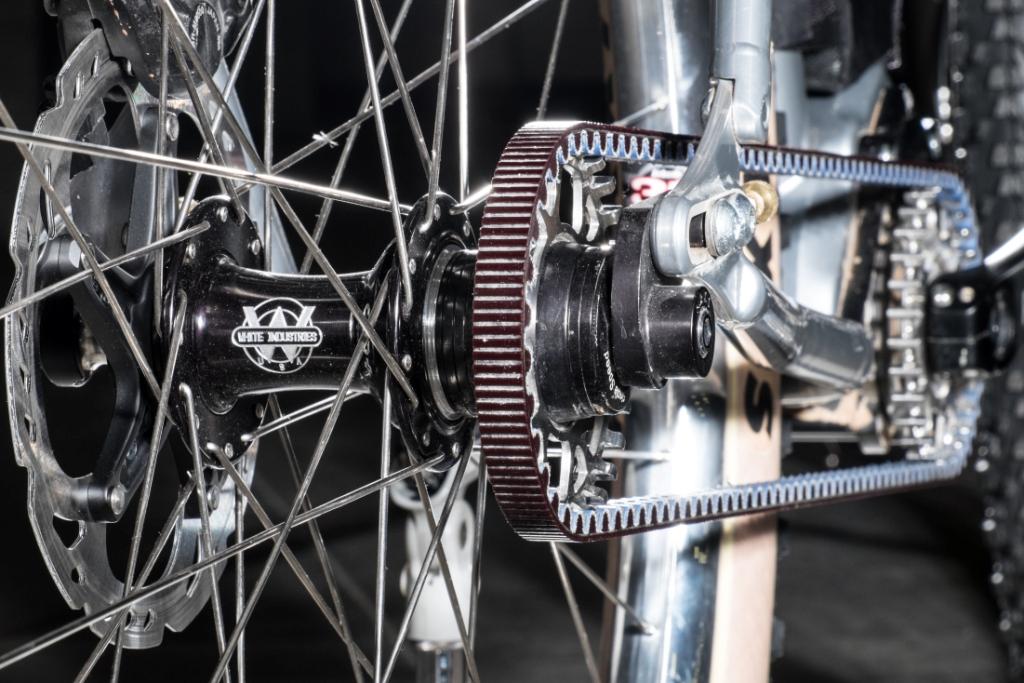 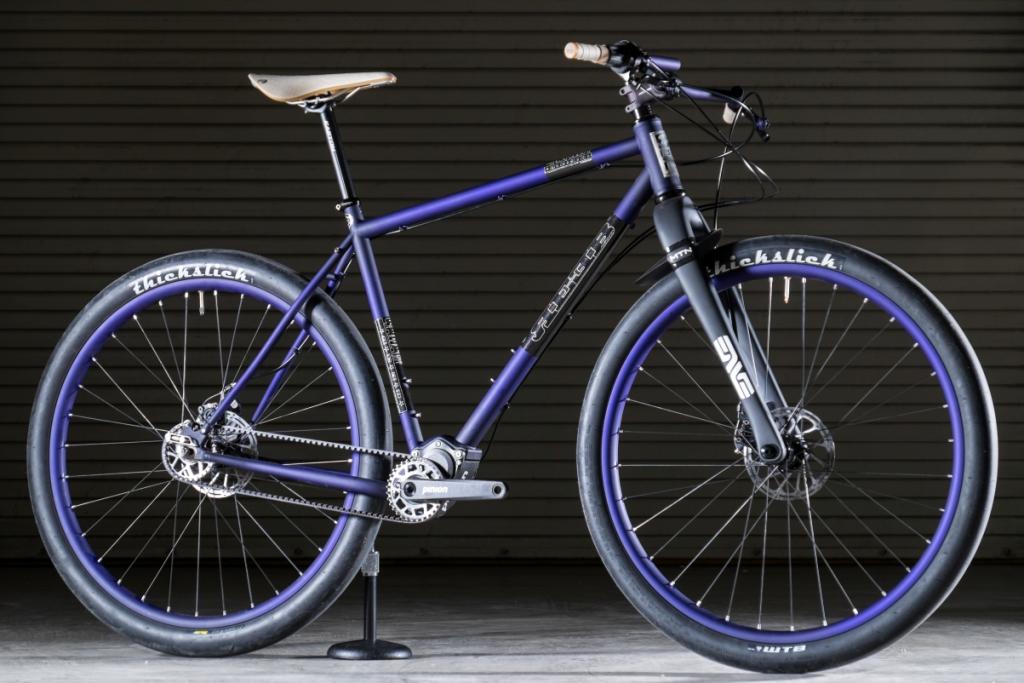 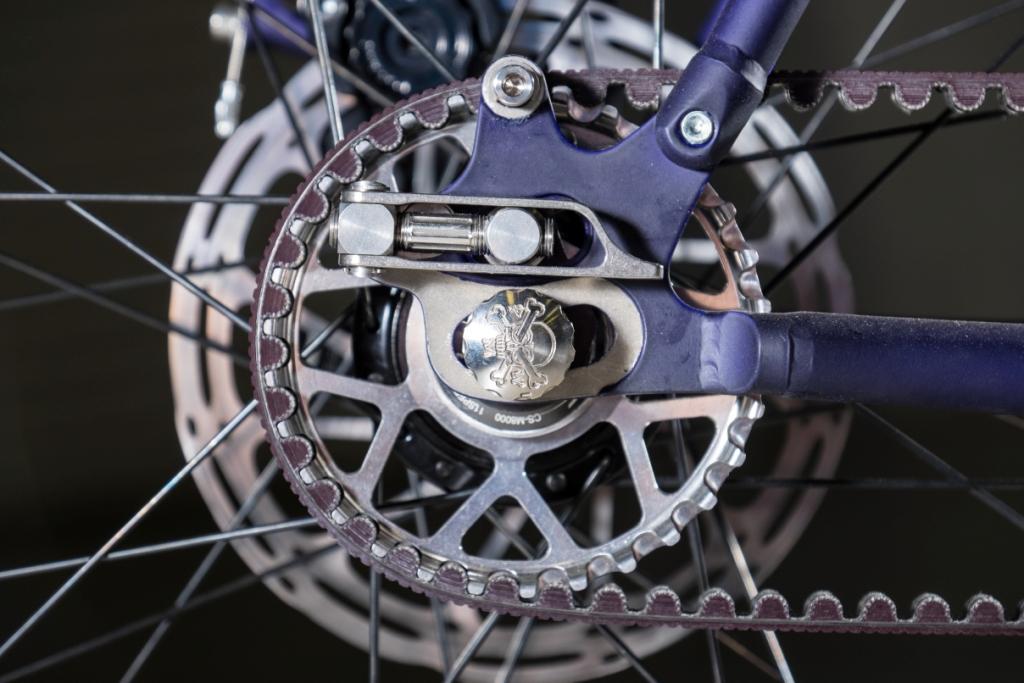 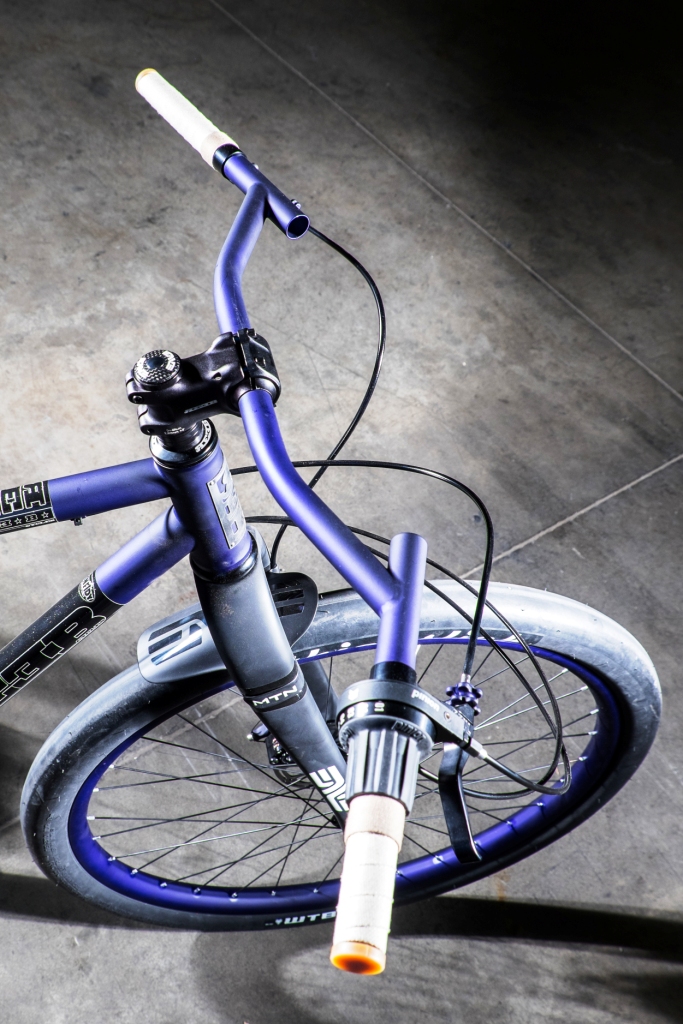 REN Cycles hails from Portland, which hosted the 2016 Singlespeed Cyclocross World Championships–irreverently known by the alphabet soup acronym of SSCXWCXPDX. REN showed off team racer Seth Patla’s race rig, which included some HiFi SSCXWCXPDX wheels and TRP hydraulic brakes. Despite assertions, this was not a terrible idea. 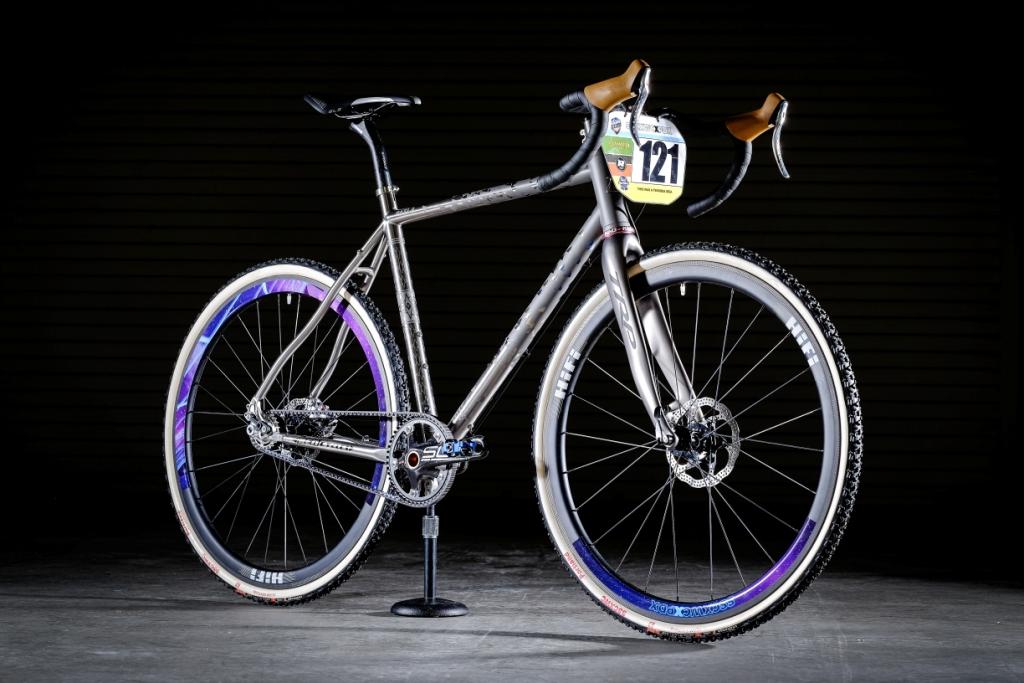 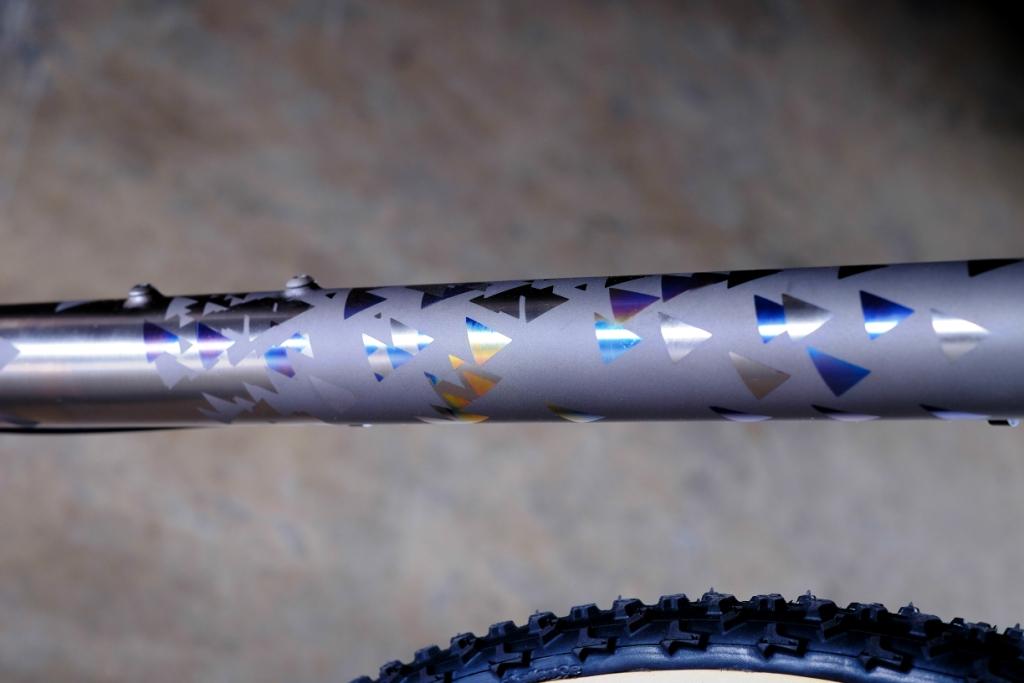 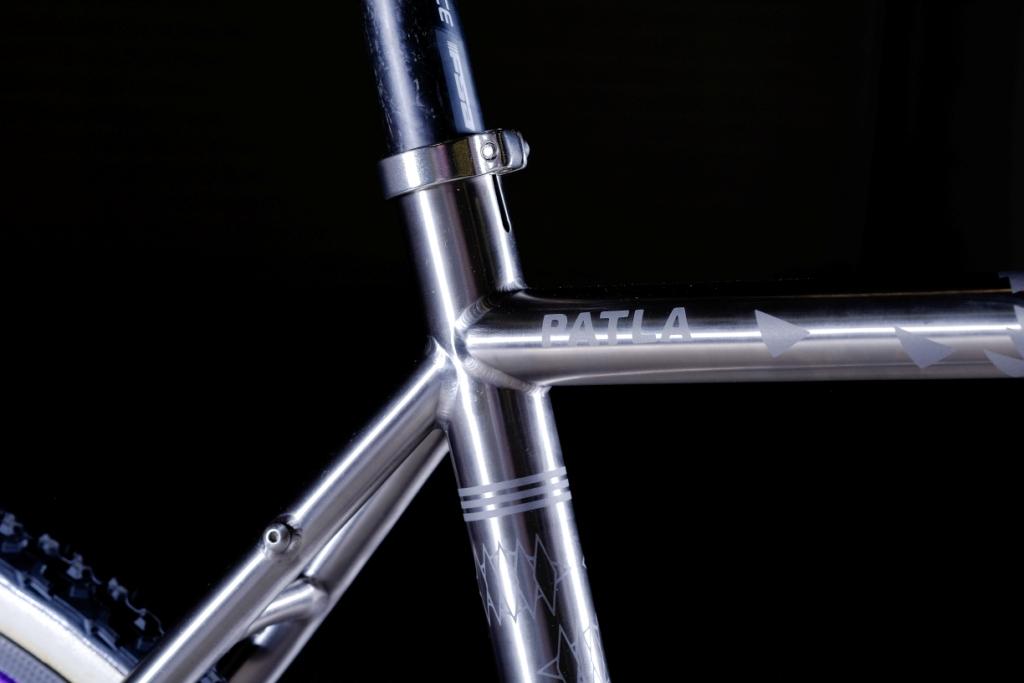 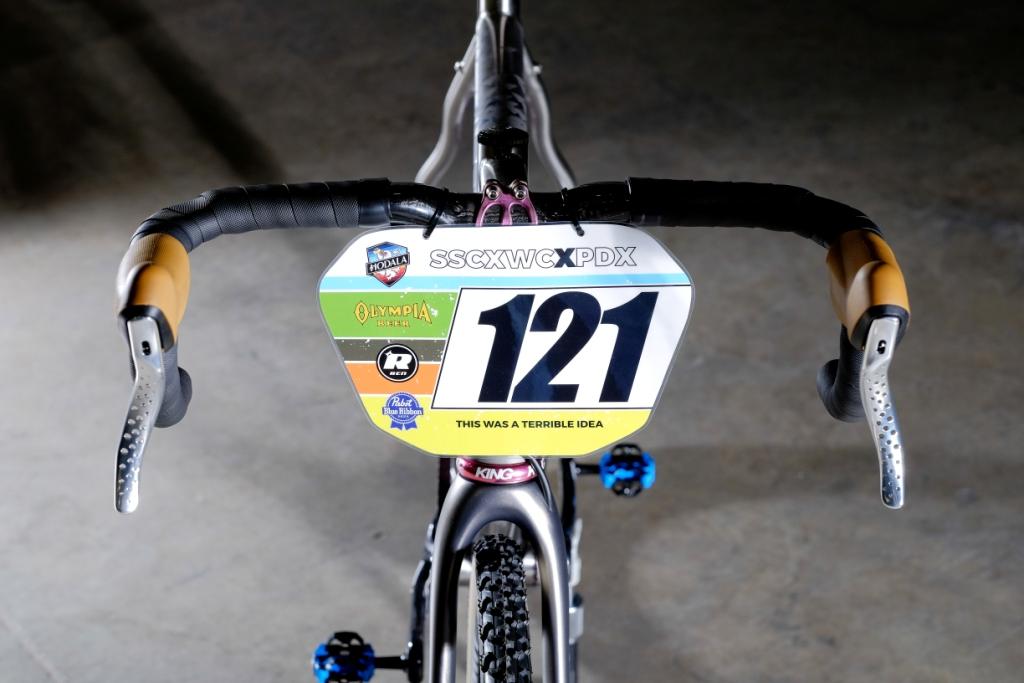 Rock West is a carbon fiber tubing supplier that created a full-carbon belted cargo bike equipped with a NuVinci continuously variable planetary hub. The bike had no problem hauling a heavy load of Utah microbrews. 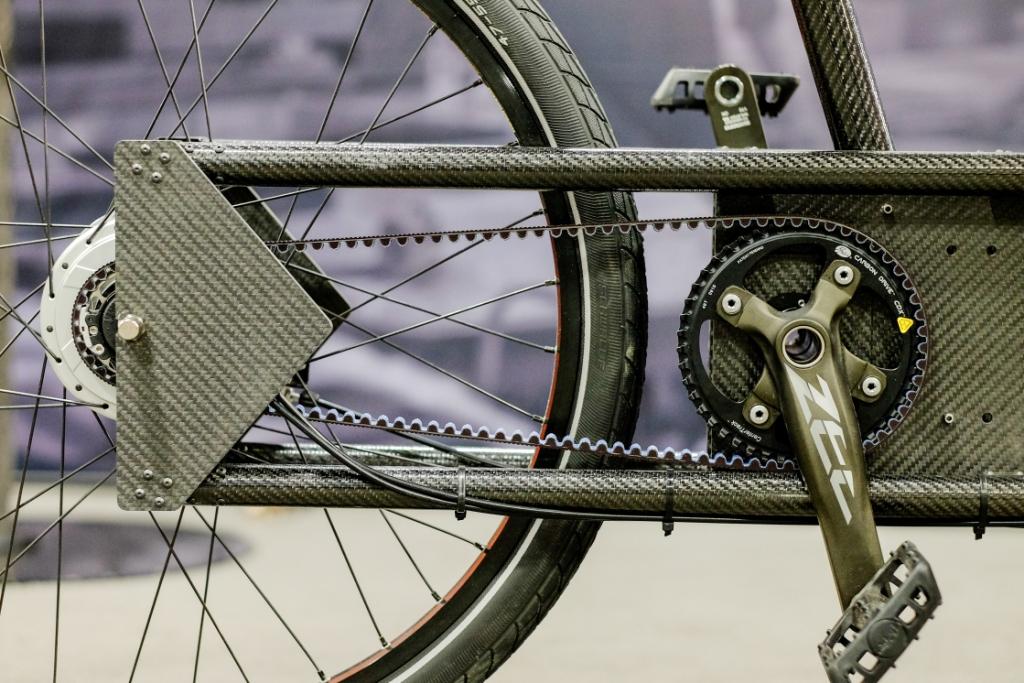 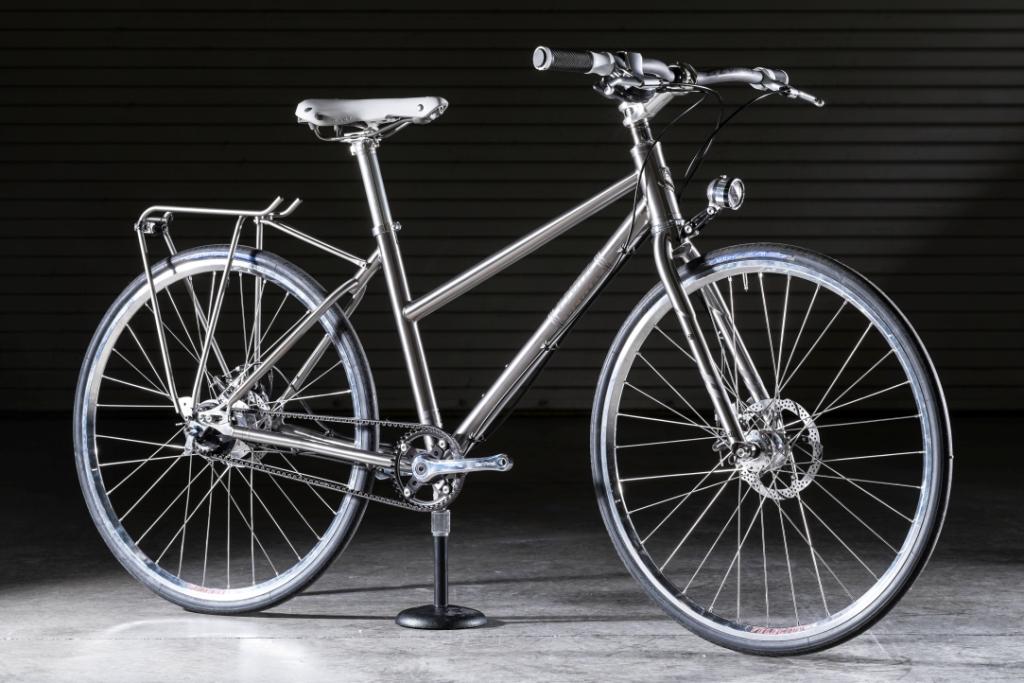 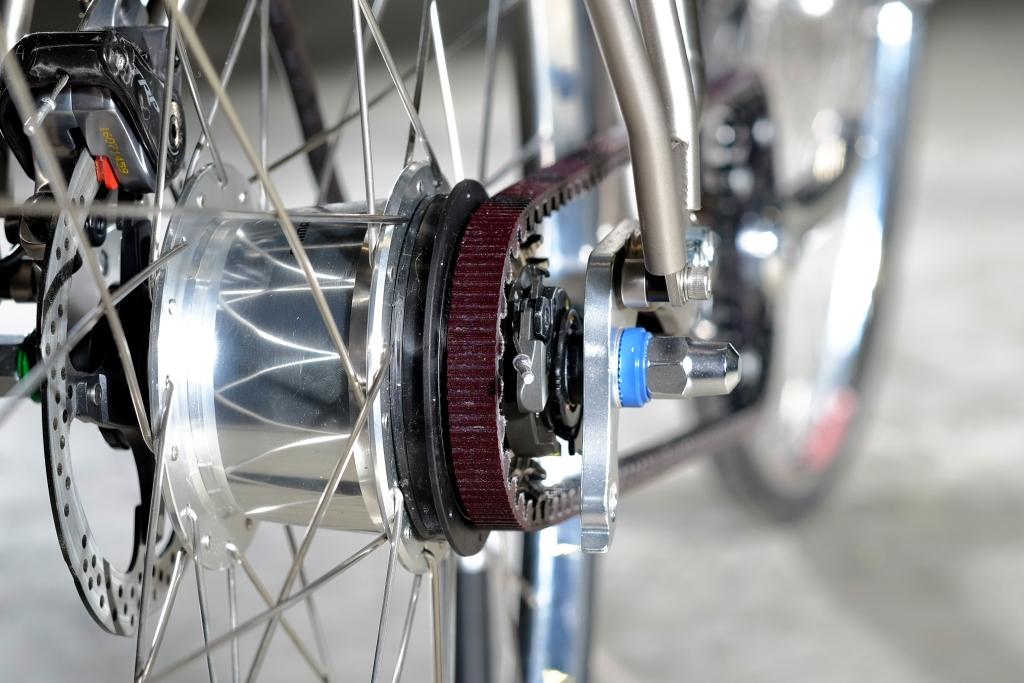 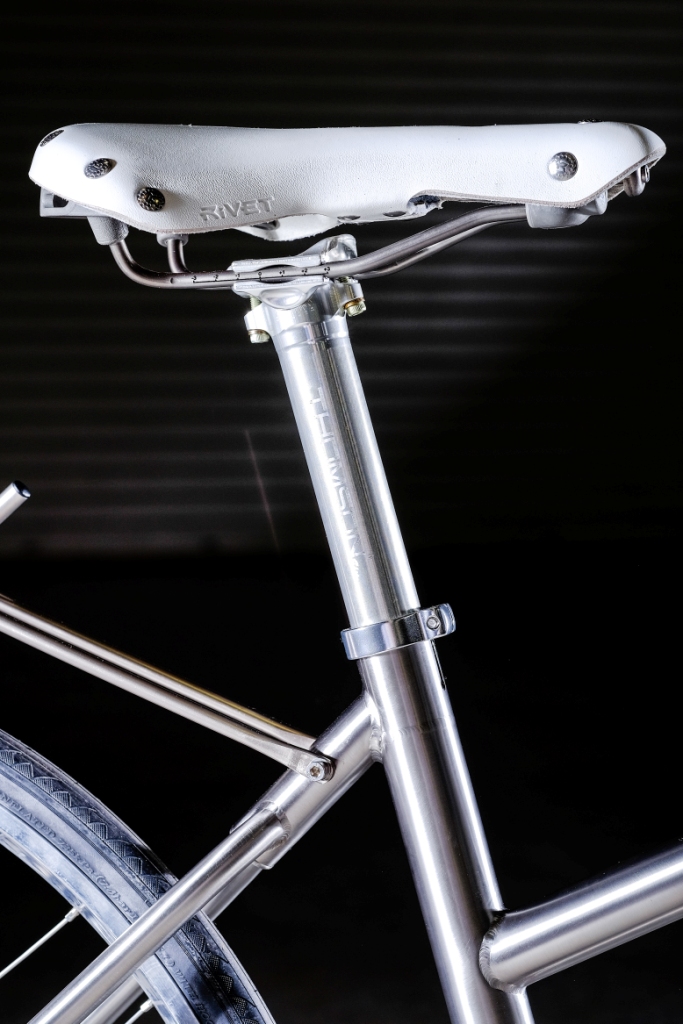 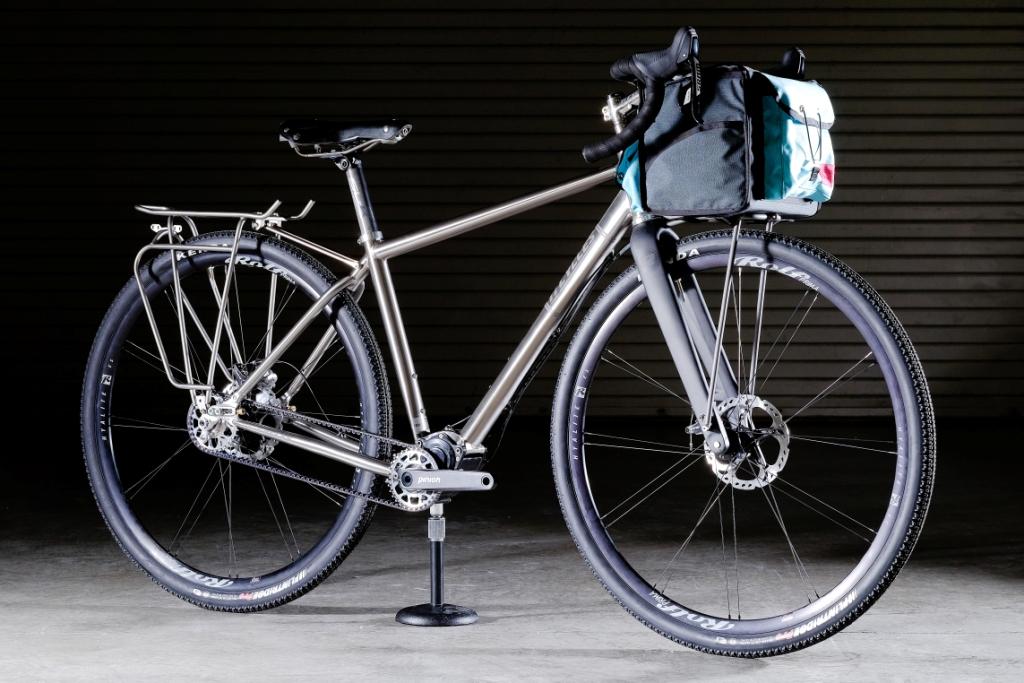 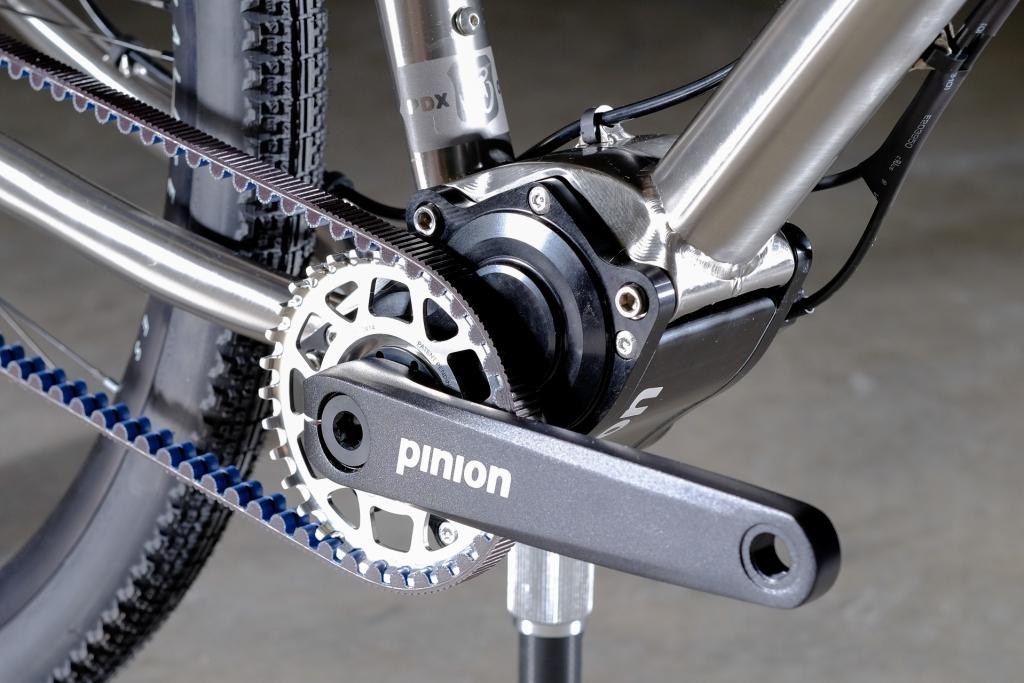 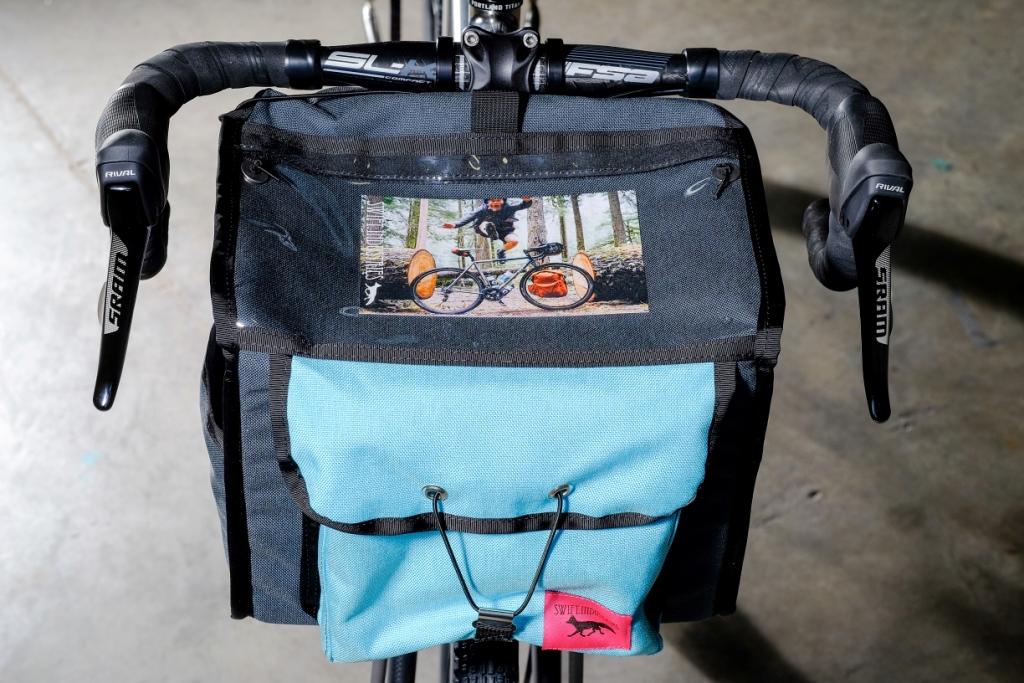 Toresvelo came from Russia to show this hardtail mountain bike with couplers that allow it to be taken apart and packed for travel. The head badge is classy. The Stoli is extra. 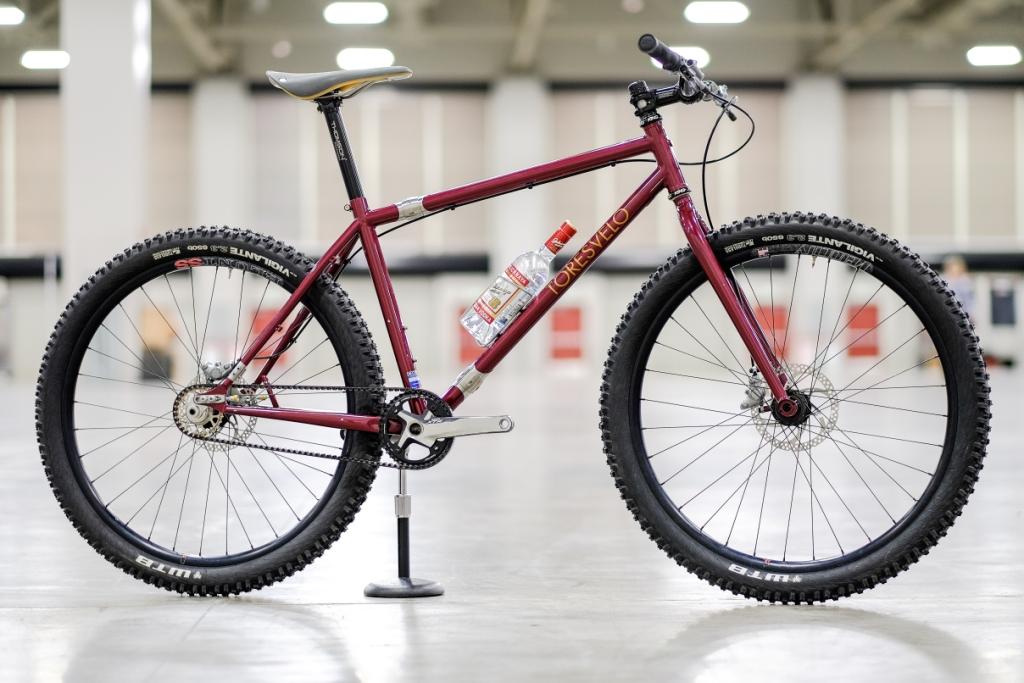 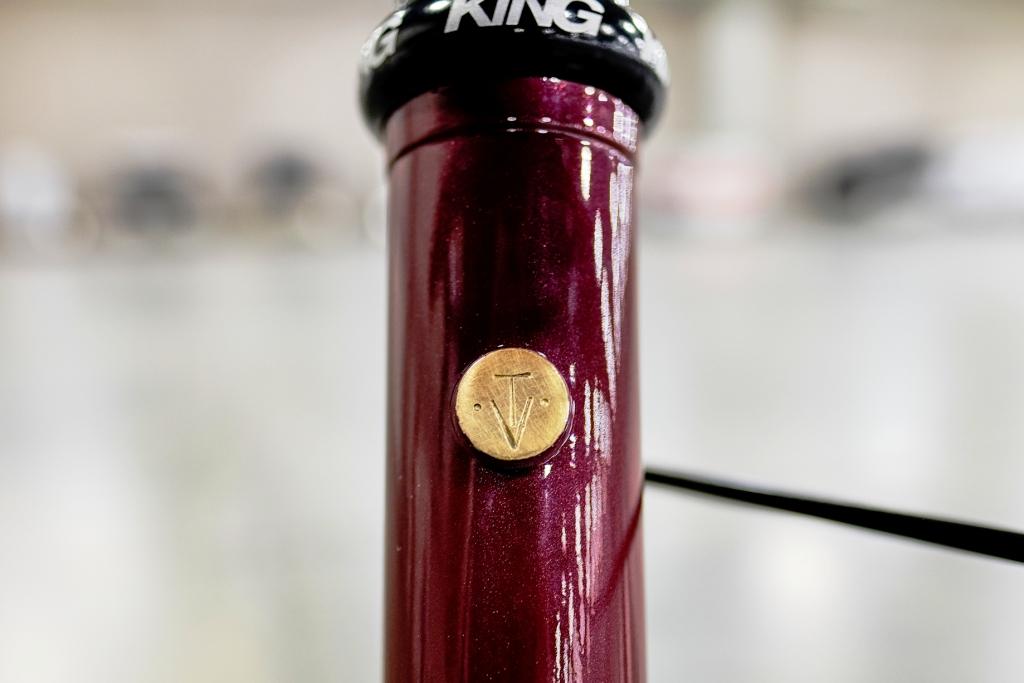 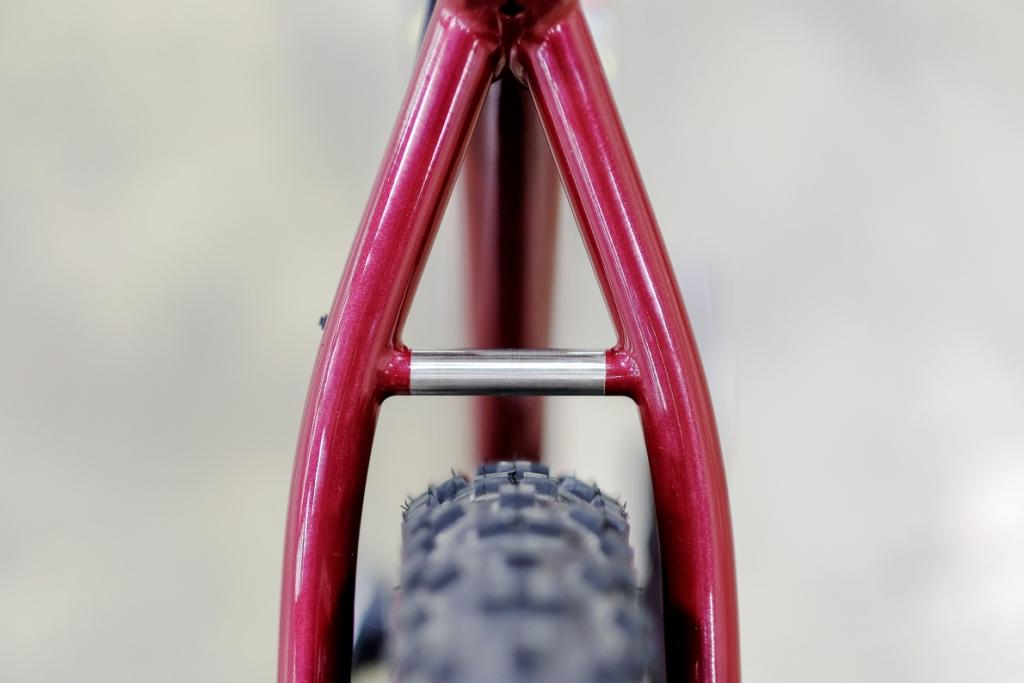 Tout Terrain is a German brand distributed in the United States by Cycle Monkey. Tout Terrain displayed an eBike with a Go SwissDrive and Pinion gearbox. Note the smart design for rotating the gearbox to tension the belt. Tout Terrain also showed a golden rig with the new CoLab carbon fork and Cinq thumb shifters for Pinion. 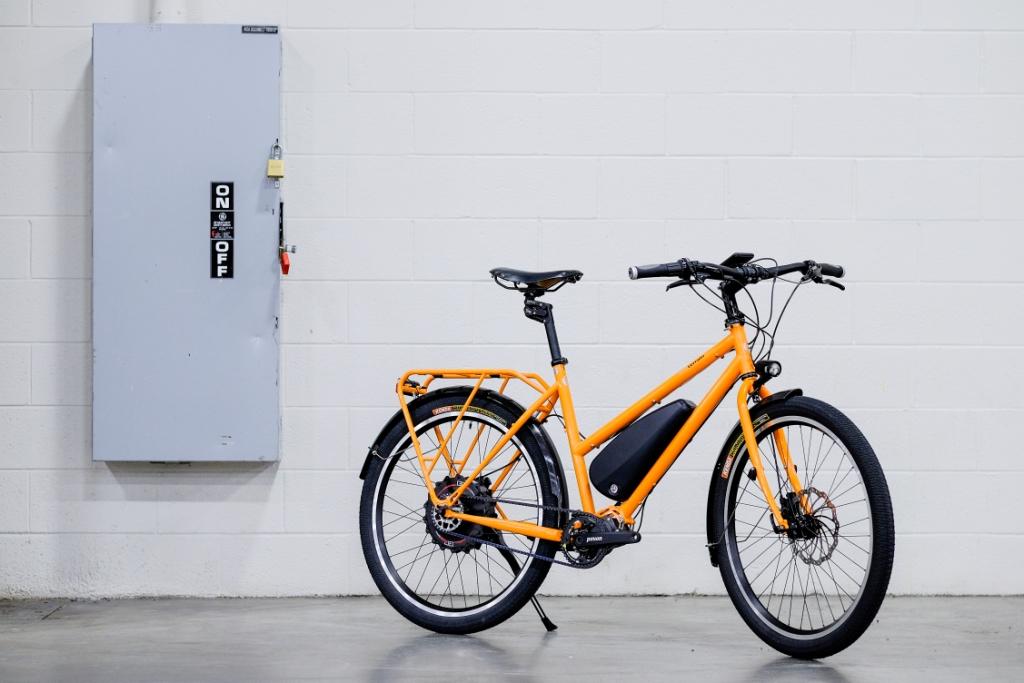 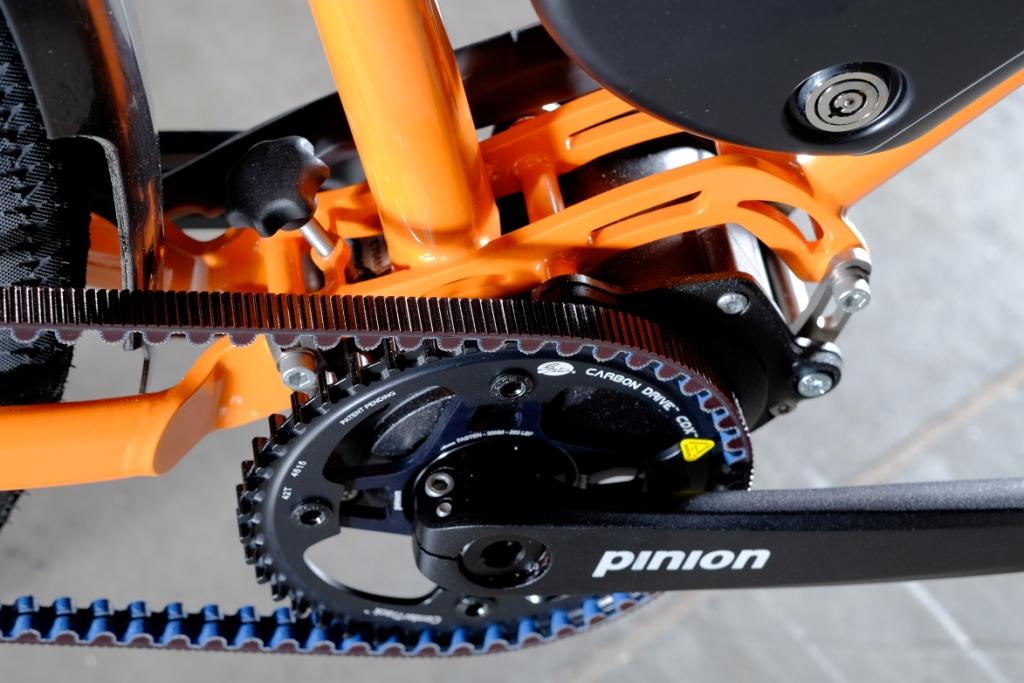 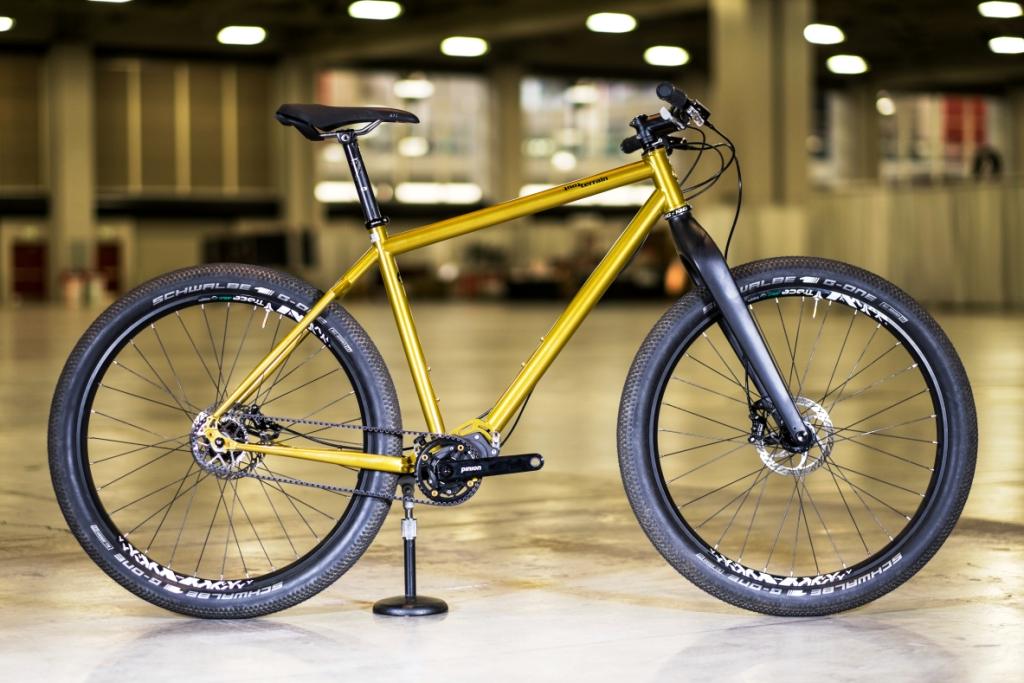 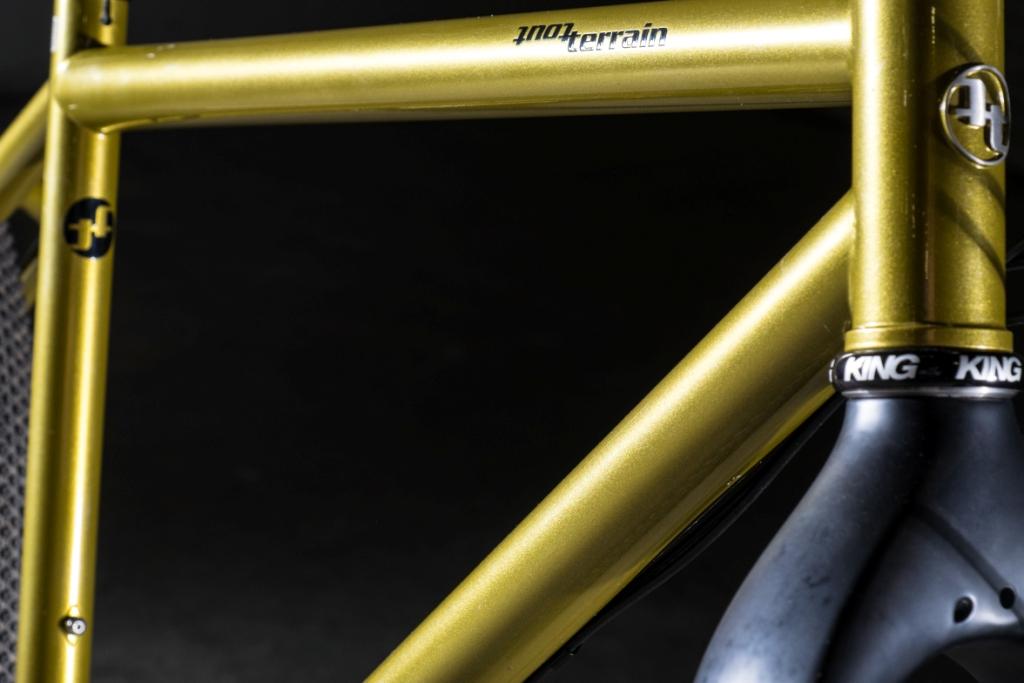 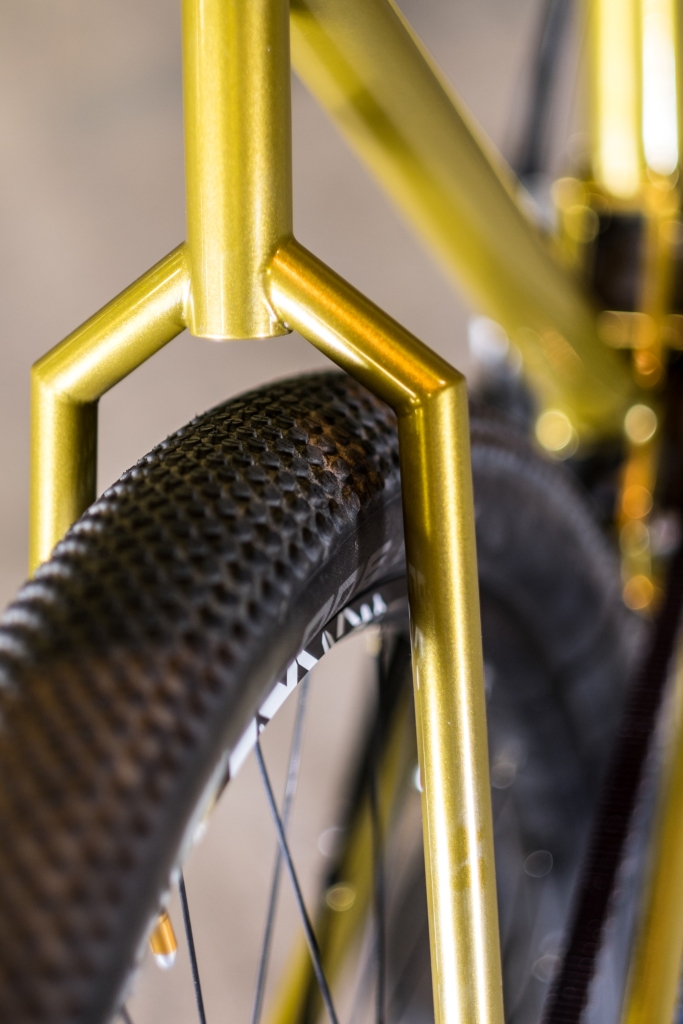 The el Martillo is a gravel and cross bike from Ventana. It came set up for long distance gravel riding, with a Lauf fork, Rohloff hub and Body Float isolation seatpost. El magnifico.

Thanks to Tim Lucking for all the photos. If you enjoyed these images, check out the Belted Blog archive for more of Tim’s photography from previous NAHBS. We have also loaded more photos to our Flickr account. And come visit the Gates booth in 2018 when NAHBS heads east to Hartford, Connecticut. Don’t expect any skiing there, but plan on seeing loads of stylish and bespoke belt drive bicycles.