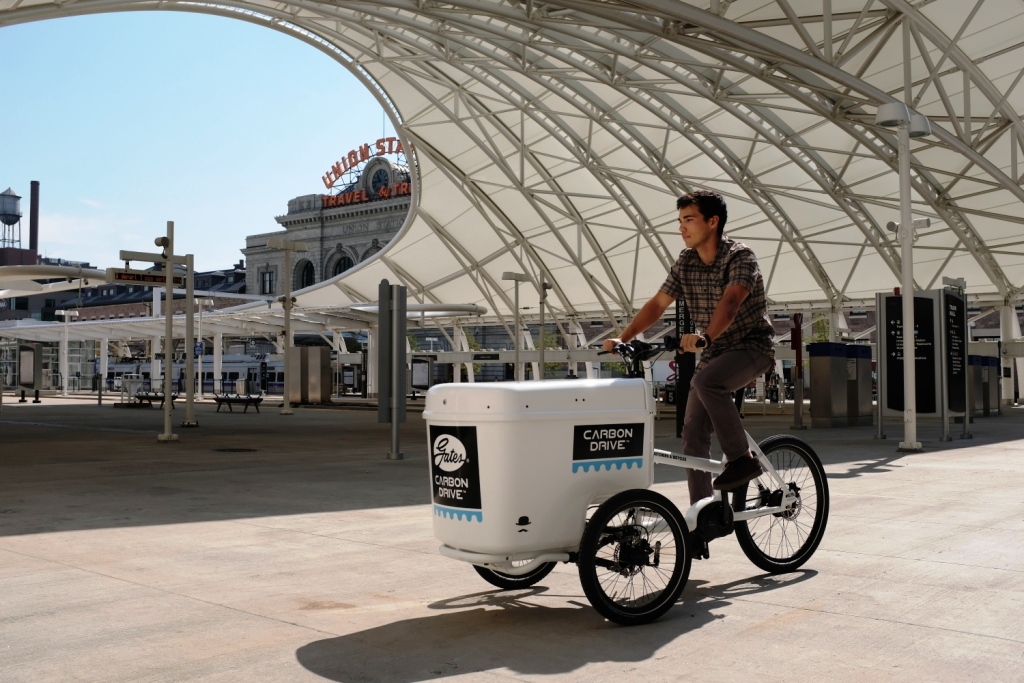 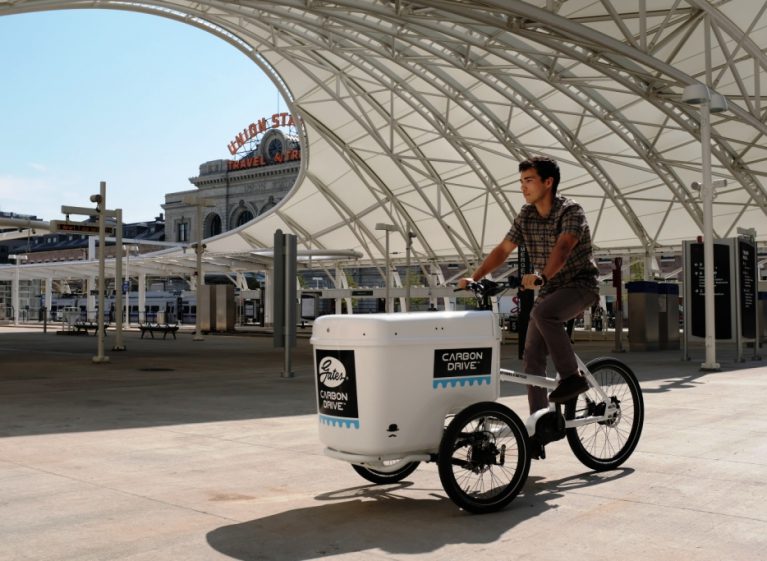 The MK1-E from Butchers & Bicycles is on the forefront of the cargo bike revolution that is providing consumers, entrepreneurs, businesses and families an affordable and sustainable way to transport heavy objects and passengers without a car.

Based in the historic meat packing district of Copenhagen, Butchers & Bicycles offers both pedal and electric assist models. Gates recently bought the electric version from U.S. dealer Splendid Cycles, based in Portland, Oregon, and tagged it with a bunch of Gates logos. This rig is a true heavy hauling machine, which Gates plans to use for errands around Denver. We sent Ben out for a spin, with Marc providing some muscle to load heavy boxes. 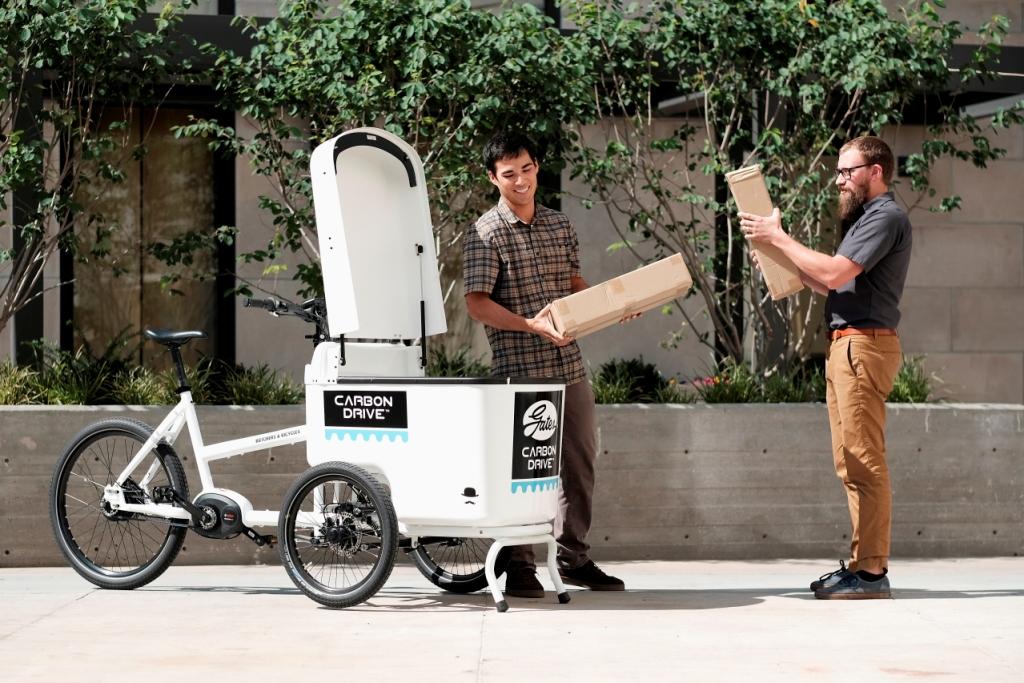 The bike features a sophisticated “built to tilt” steering system that allows the cargo box to tilt into corners when turning, important for maintaining balance and stability at speed. Watch a video of the Mk1 in full-tilt action. The MK1-E comes with a powerful Bosch mid-drive motor, a NuVinci continuously variable planetary hub for shifting, and a Gates Carbon Drive system. The powerful electric drivetrain allows riders to charge up hills while fully loaded, and keep up with the flow of urban traffic. For businesses, the MK1-E is a viable substitute for a delivery van. 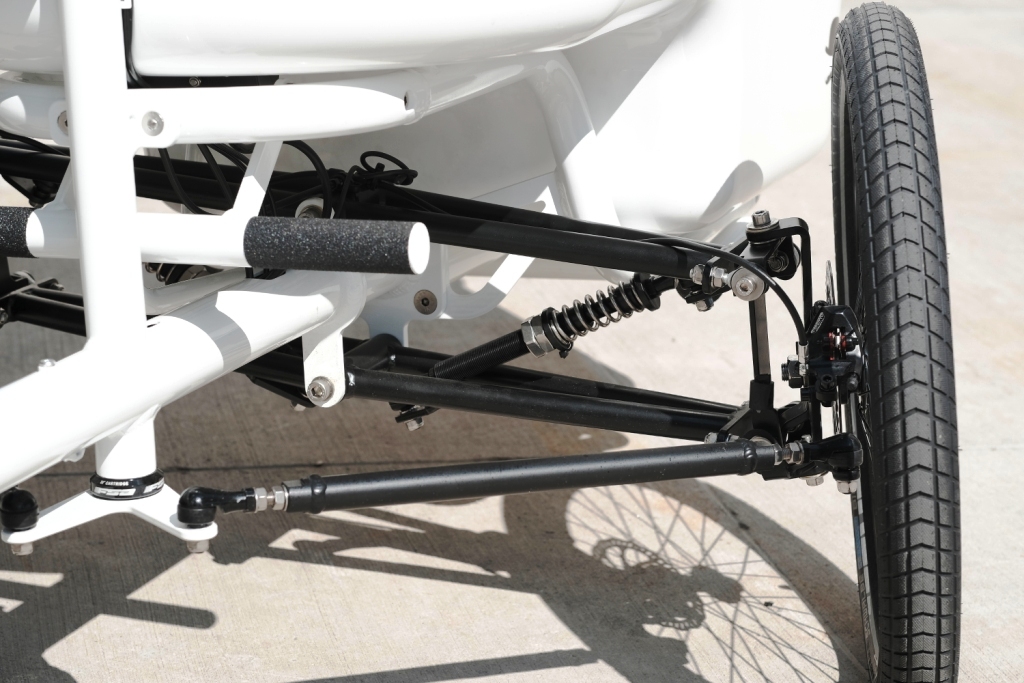 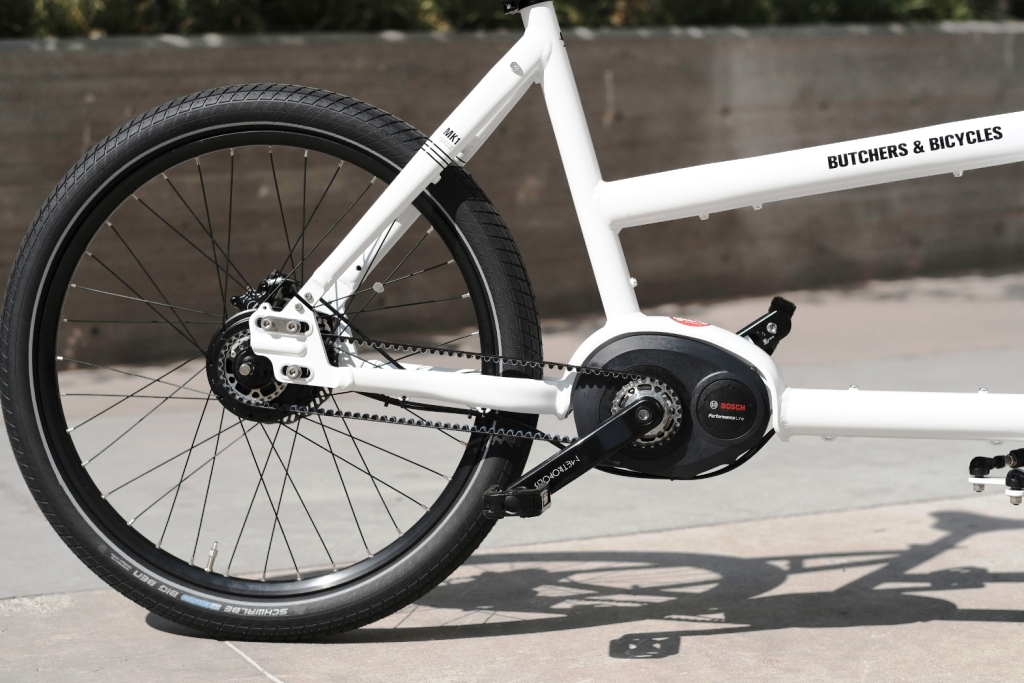 Butchers & Bicycles offers a variety of cargo containers, some with lids and others with an open box that can be equipped with child seats for bringing kids to school. Gates ordered the cargo hauling box with a lid. The container is massive. Don’t fall in. 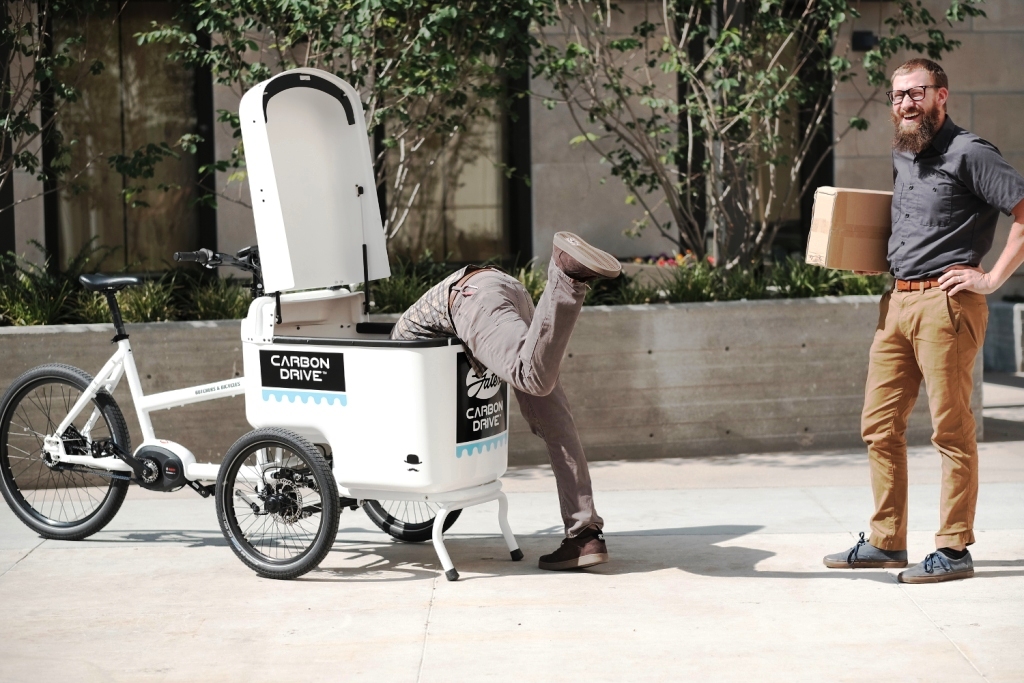 If you see Gates employees cruising through Denver on the MK1-E, say hello and give Gates a shout out. And the next time you’re stuck in traffic while headed to the supermarket or post office, think about joining the cargo bike revolution. 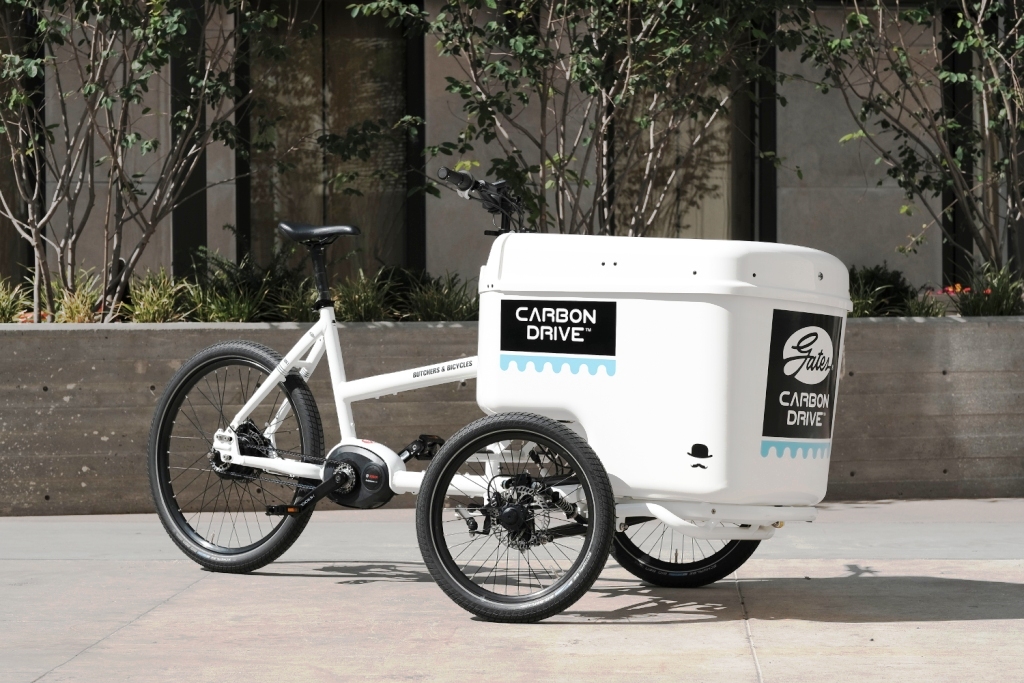