Europe is the largest market for Gates Carbon Drive. European distributor Universal Transmissions is a huge part of that success. 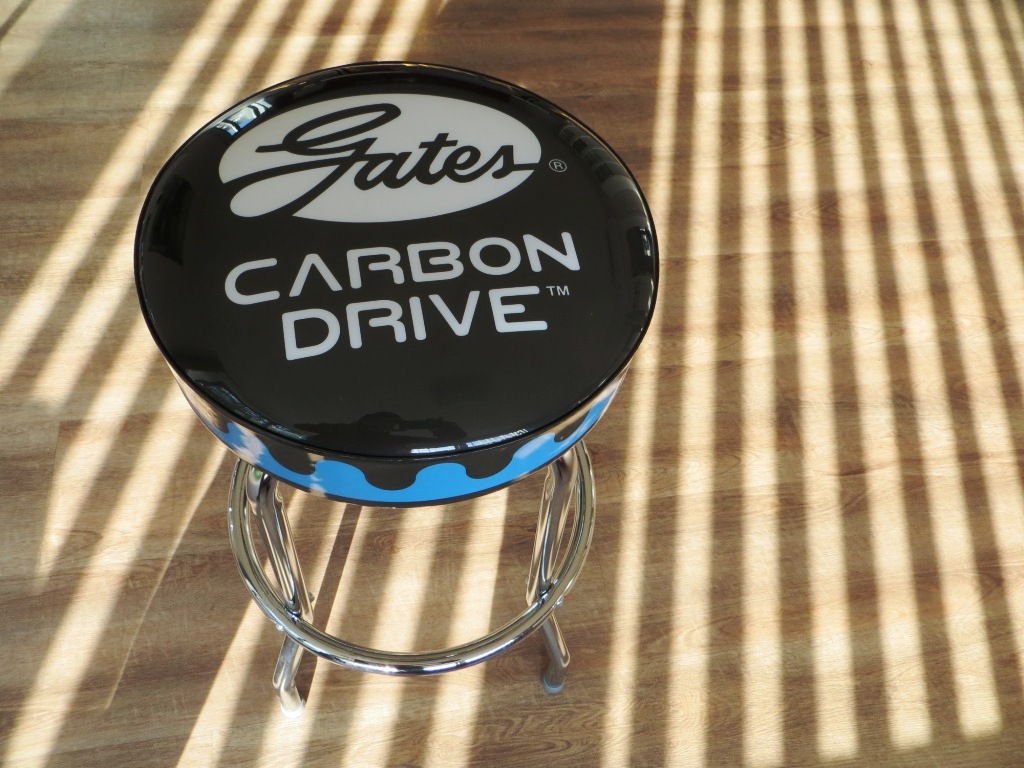 The Belted Blog visited Universal Transmissions after attending the 2017 Eurobike show. Founded by Karlheinz Nicolai, the creator of Nicolai Bikes and HNF-Heisenberg, Universal Transmissions is located in a bright and sunny new building in Muhlhausen, Germany, where employees conduct product research and development, test new bike models, and receive shipments of Gates bicycle products for delivery to the nearly 500 bike brands that use Carbon Drive on the continent. Universal Transmissions, known as UT, also serves as a sales and distribution partner for Bosch eBike systems in Europe, where many bike brands such as Riese & Muller are making electric bikes that pair Bosch motors with Gates Carbon Drive. Due to the rapid growth of Gates Carbon Drive in Europe, UT is now building a second warehouse to store all of its inventory of belts, sprockets, cranksets and more. “In the decade since we launched Gates Carbon Drive, UT has become an extremely important R&D partner for Gates, helping us push belt drive designs, frame engineering and component integrations with its aggressive testing,” says Frank Scurlock, global business development manager for Gates Carbon Drive. 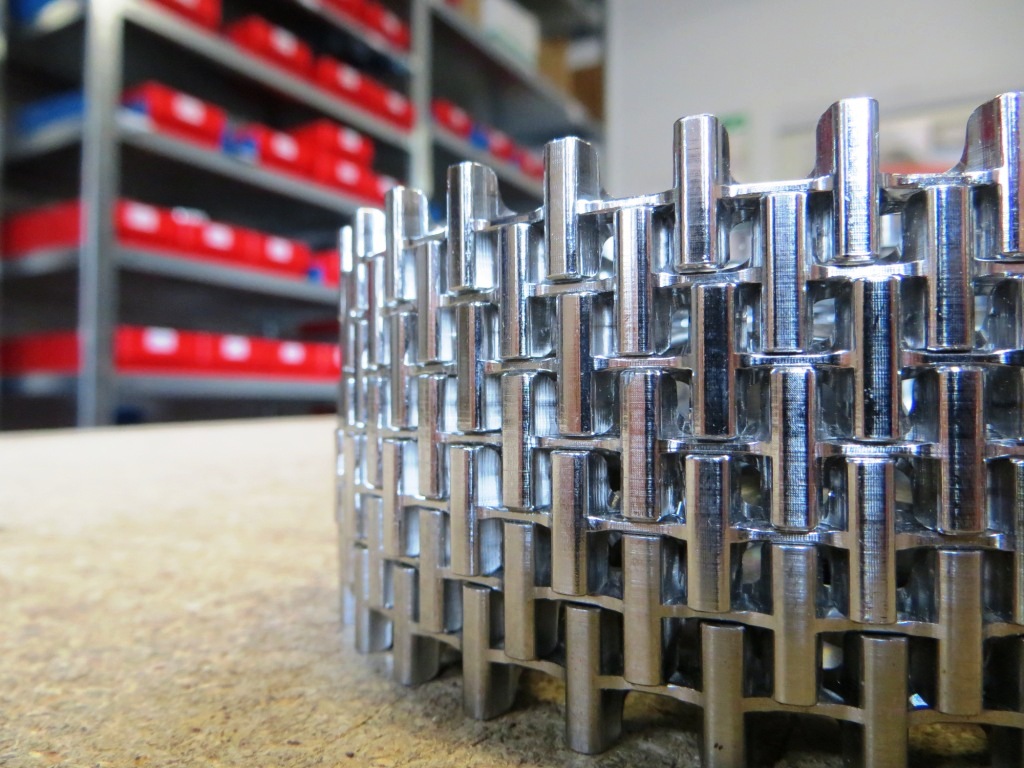 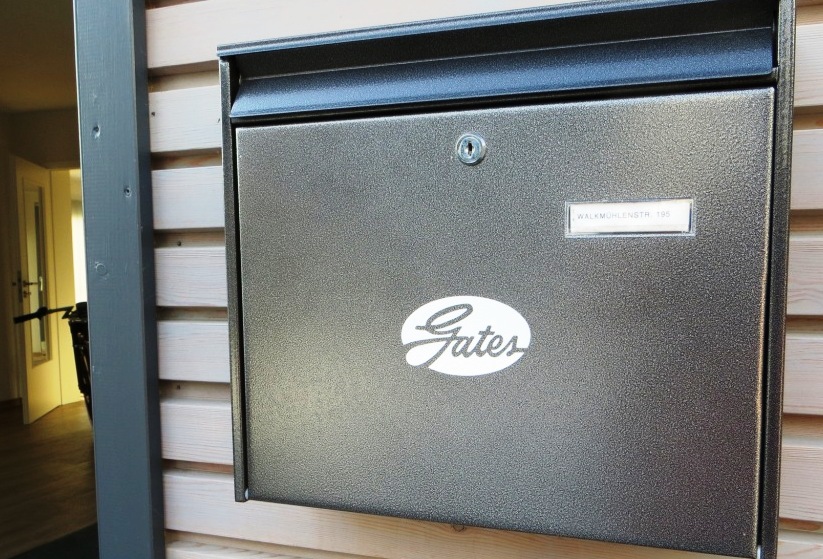 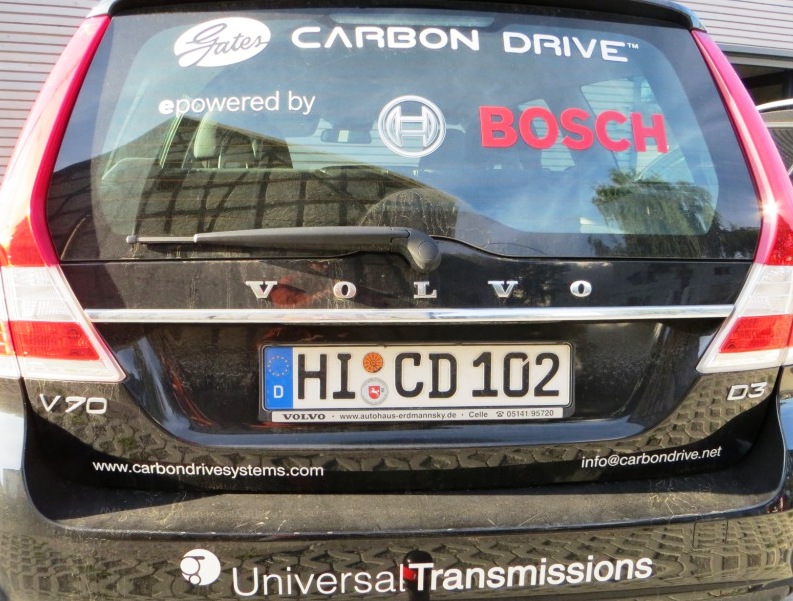 Muhlhausen is a historic city with cobblestone streets, stone plazas and an ancient fortress wall, surrounded by farm fields and forests. Trails are just a short ride away, and the UT crew often take lunchtime rides, as shown in the video Office Flow, featured at the bottom of this post. During our visit, Frank Schneider and Sascha Hasenstein were happy to show off some trails in the Landgraben, a forest reserve where “Schneidi,” a former pro downhiller, tests product on the rooty and muddy singletrack. We grabbed three Gates belt drive Nicolais from UT’s huge bike quiver–Schneidi on his trusty yellow singlespeed, Sascha on an Argon AM hardtail with a Pinion gearbox, and me on a full suspension Ion G13 GPI with a Pinion gearbox. 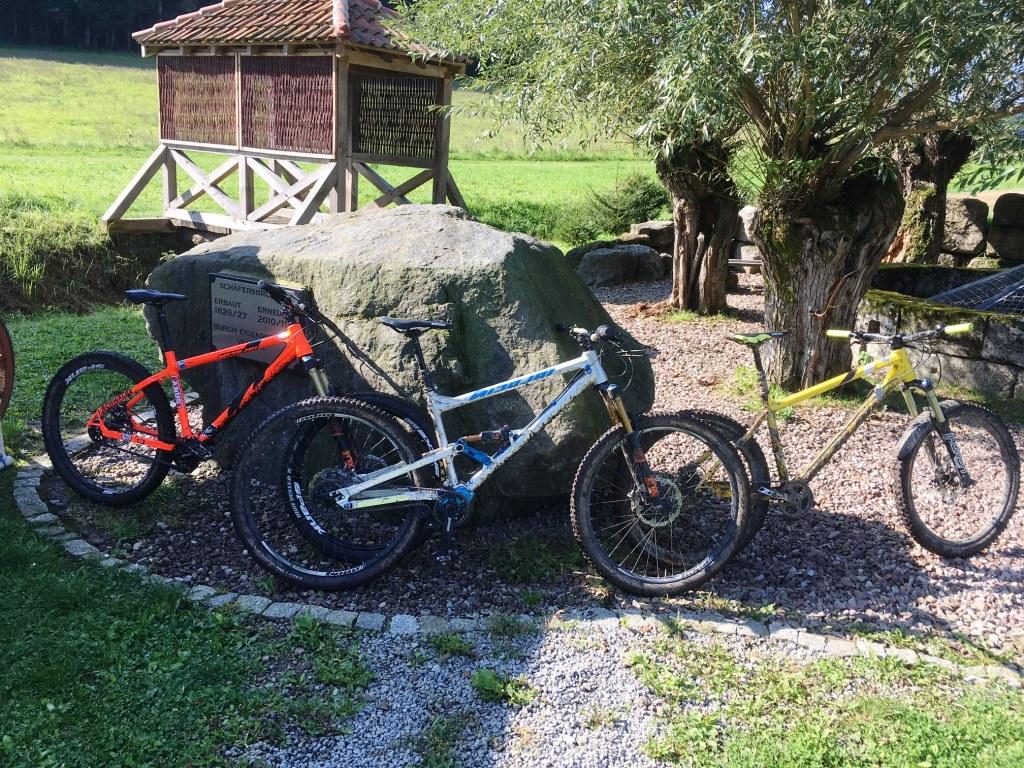 Exhausted and muddy, we made it back to the office after a 44 km ride. The men and women at UT work especially hard. But they never forget to ride. We look forward to visiting again to explore more trails, and put more belted bikes to the test. “I am immensely proud of the hard work we have done to bring innovation to the bicycle market,” says Karl Nicolai, “and to prove that belt drives will continue to be an important part of the global bicycle revolution.” Visit UT at shop.carbondrive.net