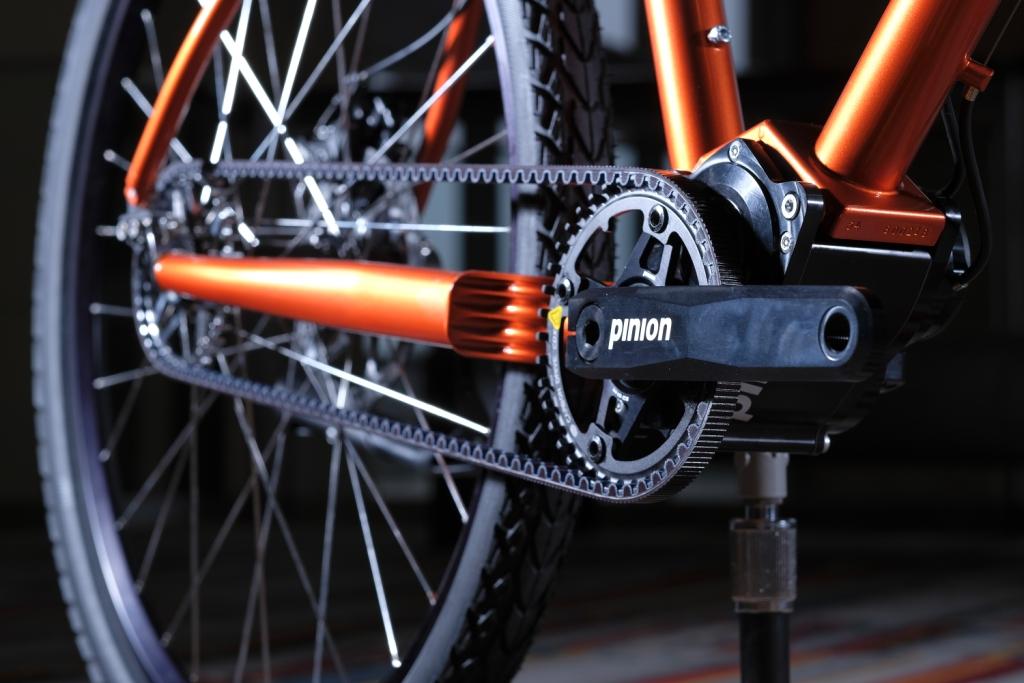 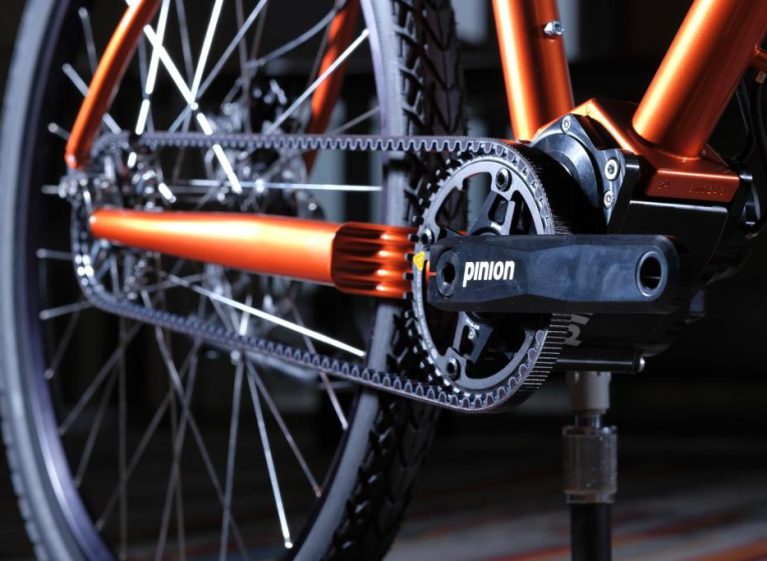 Matt Appleman was riding on Fire Road 213 in Wisconsin when he came up with the idea for the ultimate low-maintenance adventure bike. The FR-213 was born.

Appleman, the founder of Appleman Bicycles, was among the builders who showed Gates Carbon Drive equipped bikes at the recent North American Handmade Bike Show, held in Hartford at the Connecticut Convention Center. Gates attended to talk belt tech with builders and consumers, and we sent ace photographer and bicycle division engineer Tim Lucking to shoot the most compelling belt drive bikes. Tim even managed to make that gaudy convention center carpeting look artistic. In this post we feature off-road and mountain bikes. Next week we will follow up with the belted touring, tandem, cyclocross and commuter bikes of NAHBS 2018.

First up is the FR-213, which Appleman built for a customer who plans to ride the Tour Divide and other long-distance off-road routes. It features a lightweight carbon Lauf fork, a drivetrain consisting of a Gates belt drive and a Rohloff Speedhub with Gebla brake lever shifters, and the lightweight carbon frame has couplers on the top tube and down tube that allow the frame to be taken apart and packed in a suitcase. With its drop bars, this rig is made for going fast in rugged environments. www.applemanbicycles.com 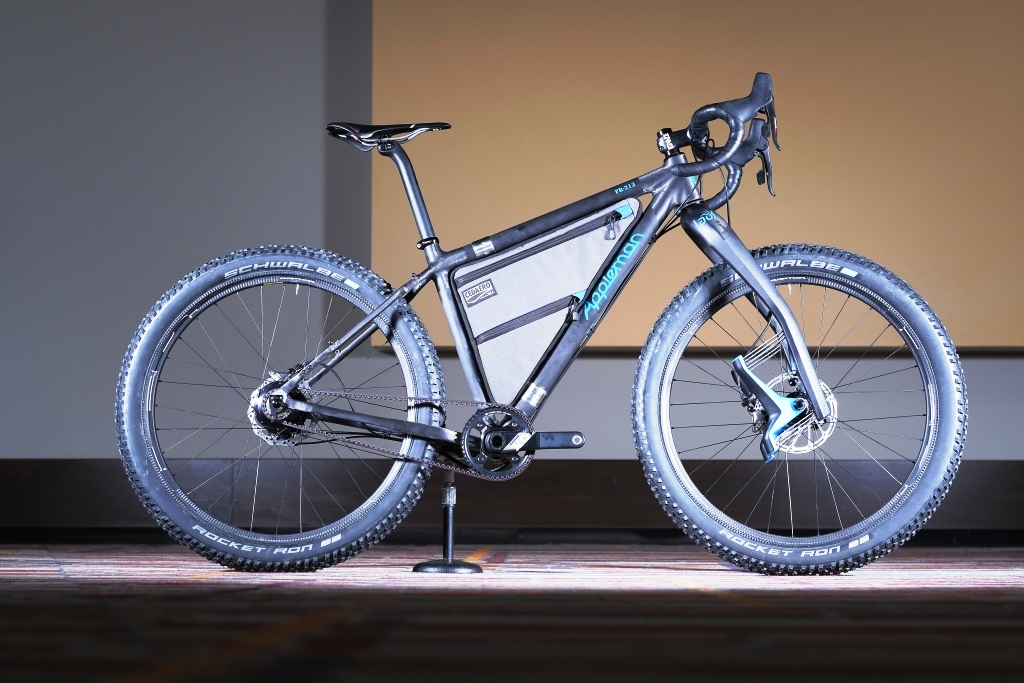 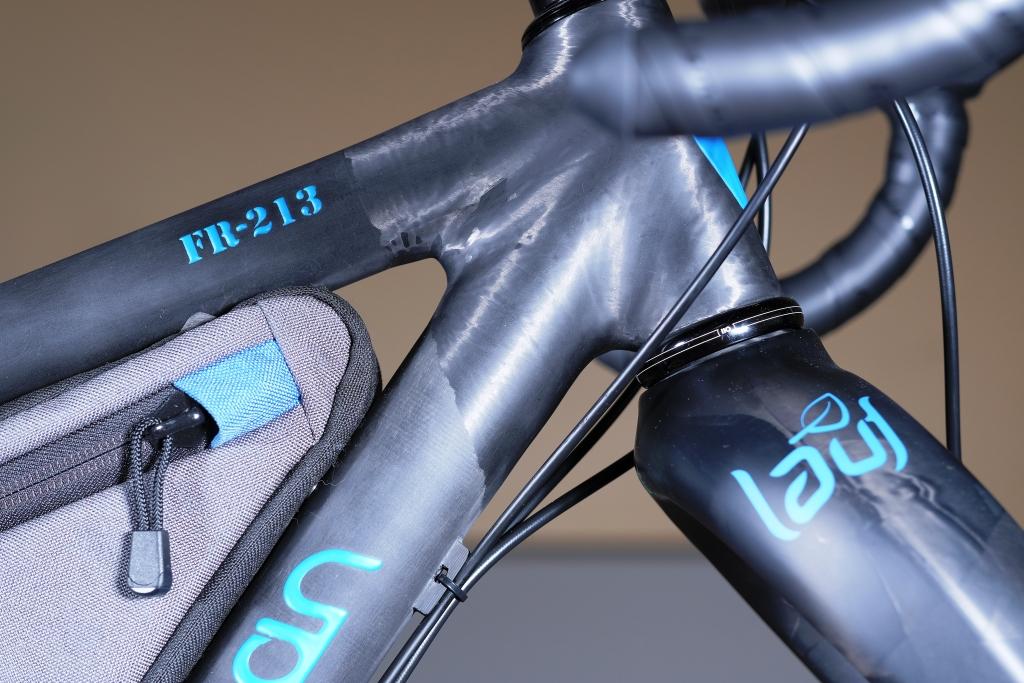 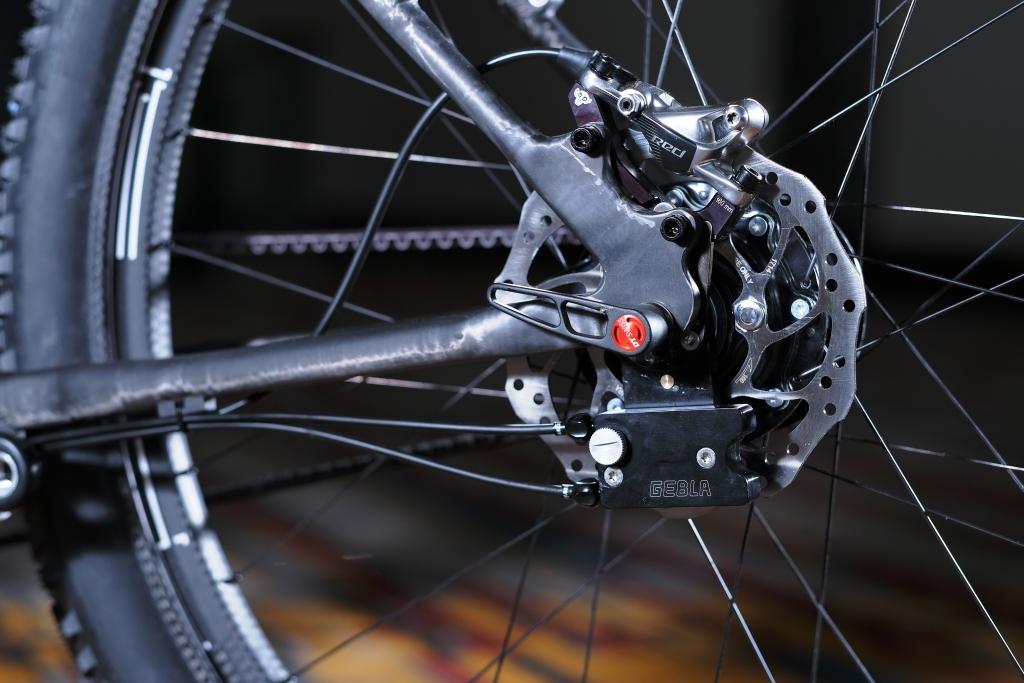 Gary Smith, the owner of Independent Fabrications in Newmarket, New Hampshire, built the belt drive singlespeed below to be his new personal road trip bike. The tan color scheme matches the color of his classic Land Rover, and the Carbon Drive Red belt references some red highlights on the pedals and Phil Wood hubs. 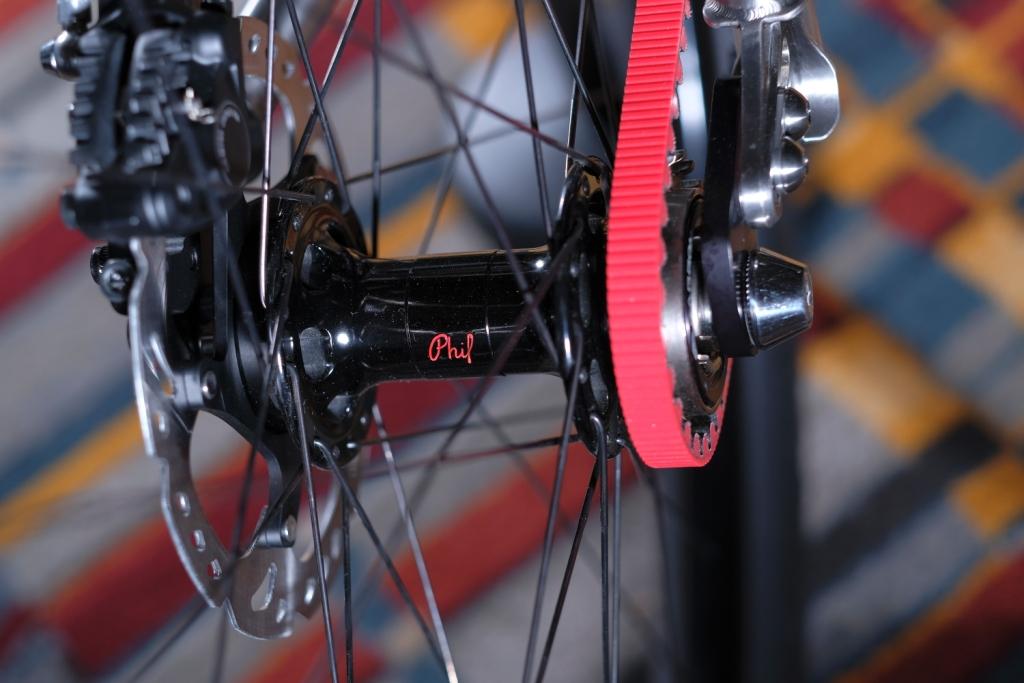 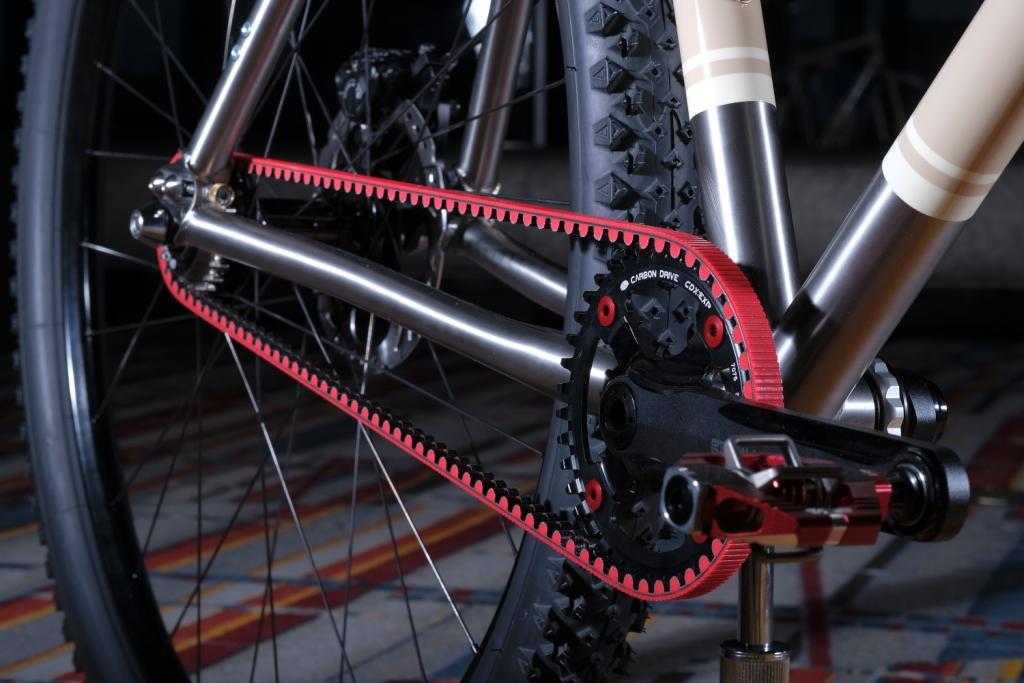 The Schweeblt electric bike was among the most technologically advanced models at NAHBS: lightweight titanium frame, Bosch Performance Line motor, Rohloff E-14 electronic shifting, internal cable routings, and a 3D printed node for the Bosch drive. Plus the limited-edition white belt created for Gates Carbon Drive’s 10-year anniversary in 2017.  The bike was welded in Paonia, Colorado, by Schwift Industries, a custom titanium eBike brand founded by some really smart hippies with a sense of humor (hence the logo and frame art) and resumes that include stints with GT, Schwinn and Bosch. www.schwift.com

Nicolai is an iconic German brand known for its innovative designs and use of belt drives and gearboxes, and founded by Karlheinz Nicolai. The Ion G13 below is a full-suspension enduro rig designed to turn heads in the mountain bike world. The bike showcases the ultimate low-maintenance drivetrain consisting of a 12-speed Pinion gearbox and Gates Carbon Drive. Notice the tensioner near the front sprocket that keeps the belt tight when the suspension engages, preventing “belt slack.” Gates Carbon Drive prohibits backside bending of its belts except in approved applications such as this where rigorous testing and research have been performed. Look for more full-suspension gearbox belt drive mountain bikes to come to market in future years. 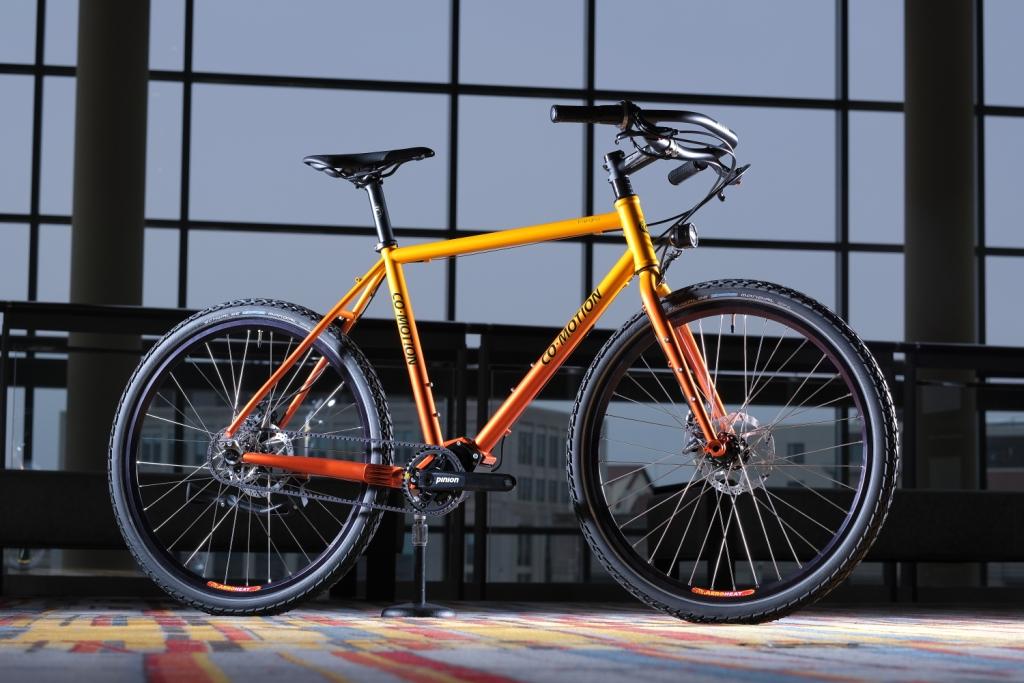 Co-Motion, based in Eugene, Oregon, is one of the best-known custom bike brands in North America, specializing in touring bikes for bicyclists who want to get off the map–such as the Bicycle Touring Pro. For NAHBS they presented a Pangea with a Pinion gearbox and Gates drive, a dynamo hub headlight for no-battery illumination, Jones handlebars, 26-inch wheels and a sweet cinnamon pearl two-color fade paintjob. Named for the ancient supercontinent, the Pangea is made to go anyw

Ti Cycles Fabrication in Portland, Oregon, has been pushing the envelope of titanium frame design since 1990. For Hartford they presented the Hyena Ripper, a lightweight singlespeed mountain bike with a custom Stan’s NoTubes wheelset, and founder Dave Levy’s signature pierced top tube, which provides increased lateral stability (and a distinctive look) due to its short seat stays. This bike was created for a six-foot-four customer. Also note the clean and minimal dropouts and shimmery frame etching. 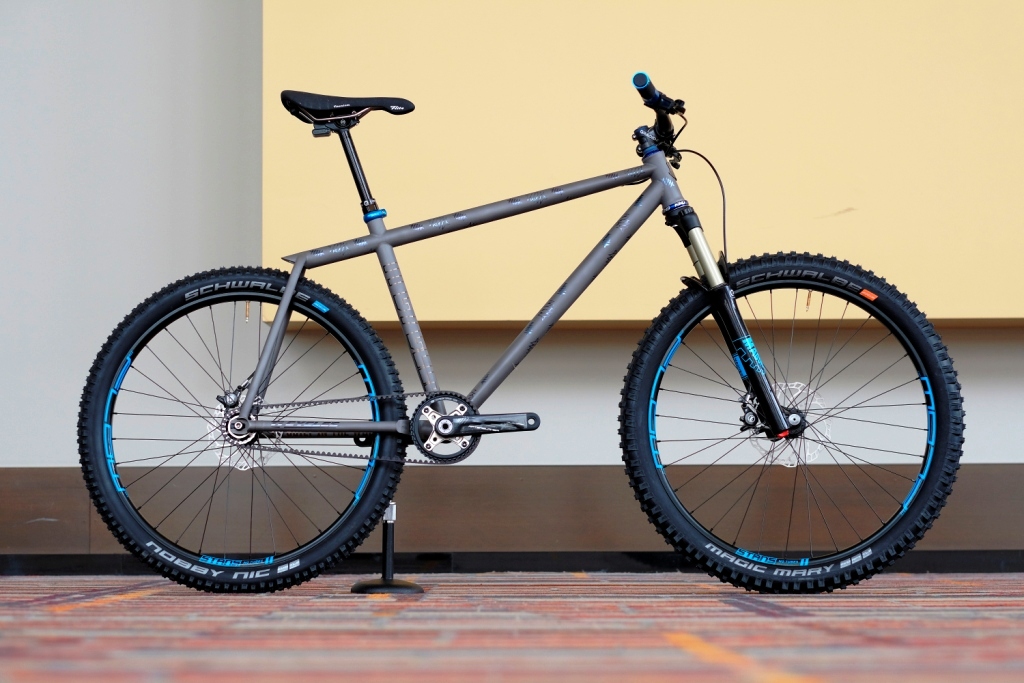 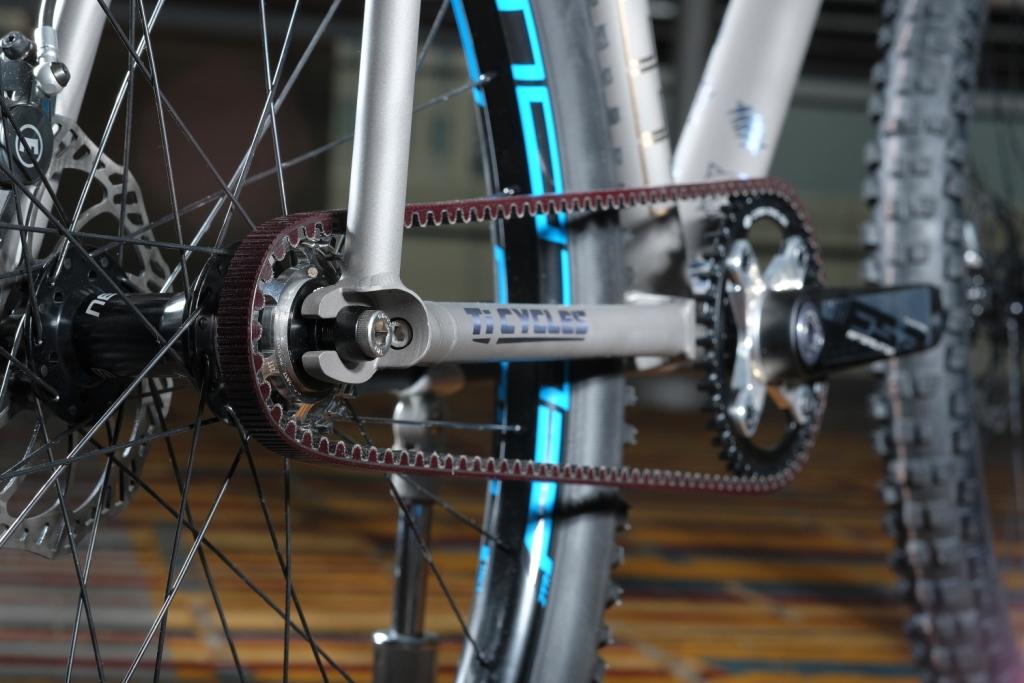 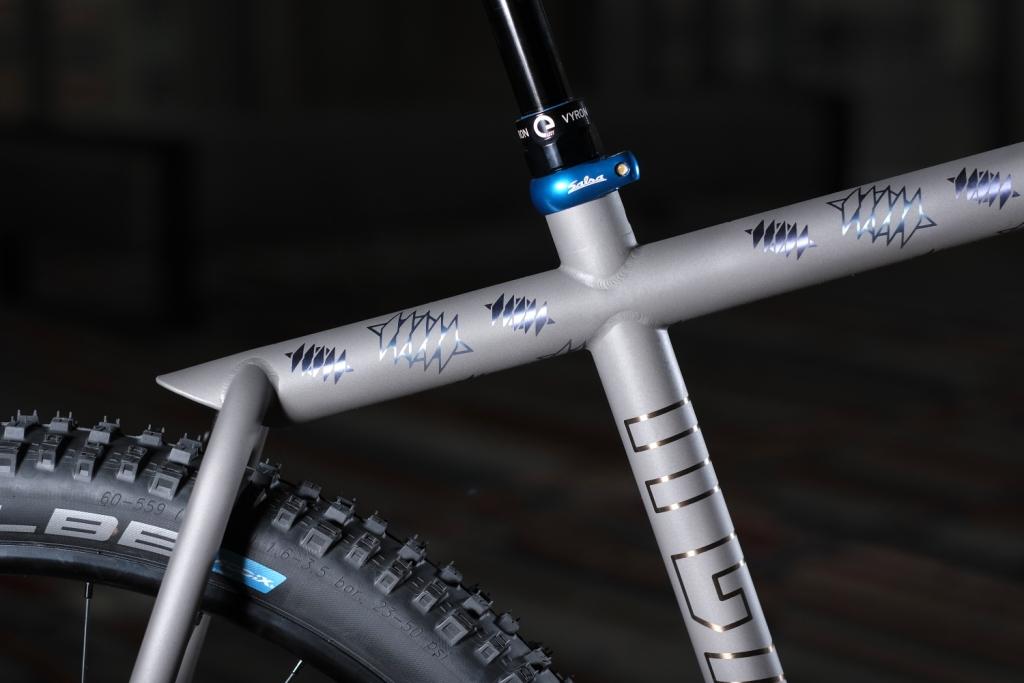 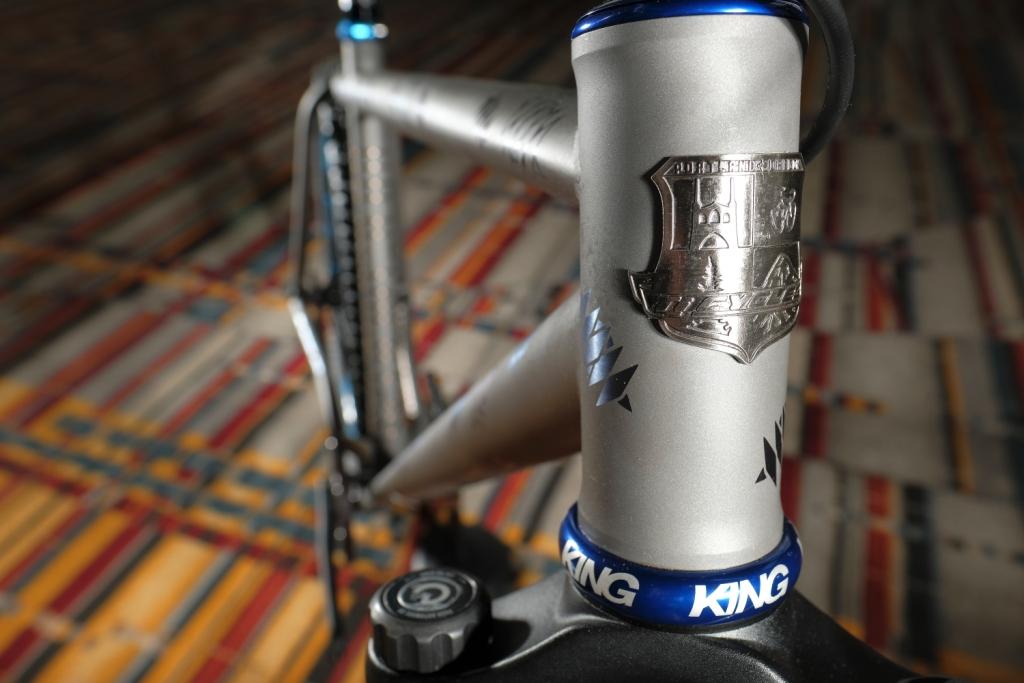 Stay tuned for the next Belted Blog post from Hartford, where we will showcase more of Tim Lucking’s artistic photography–and more awesome convention center carpeting and views. Hungry for more custom bike photos? Check out our NAHBS 2017 photo gallery 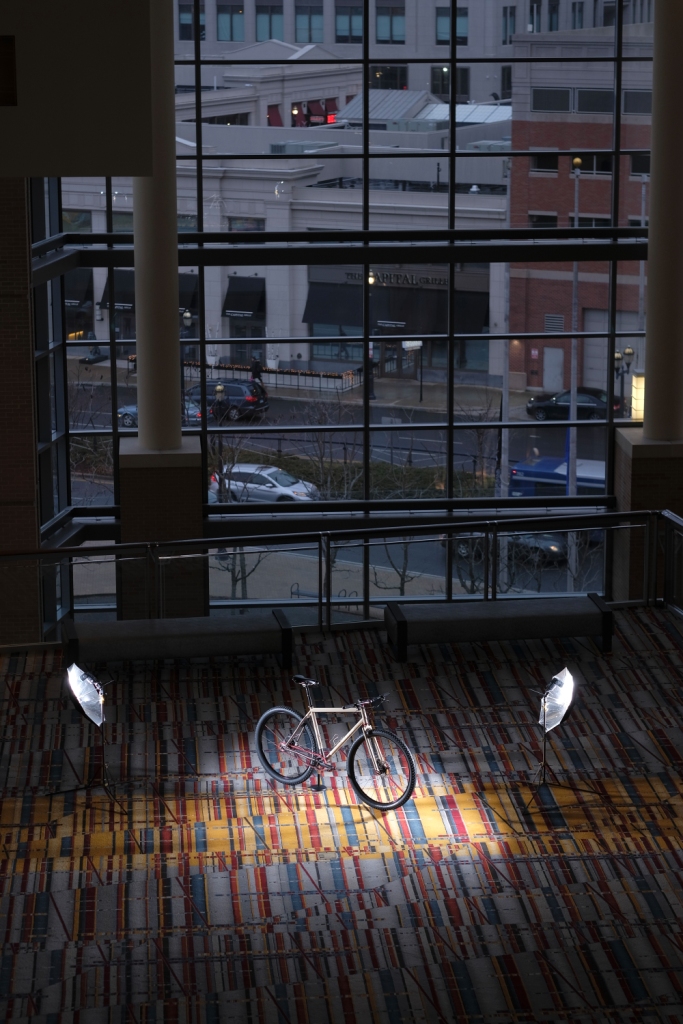