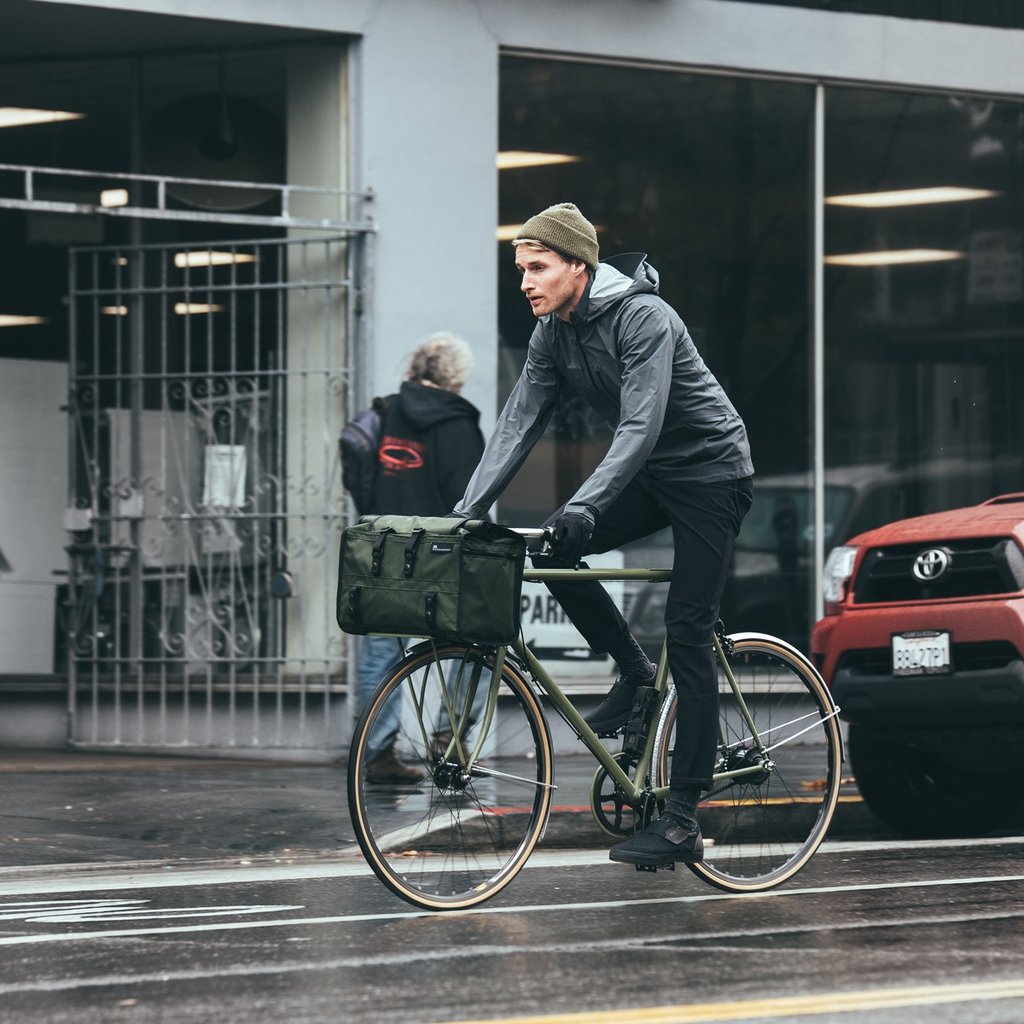 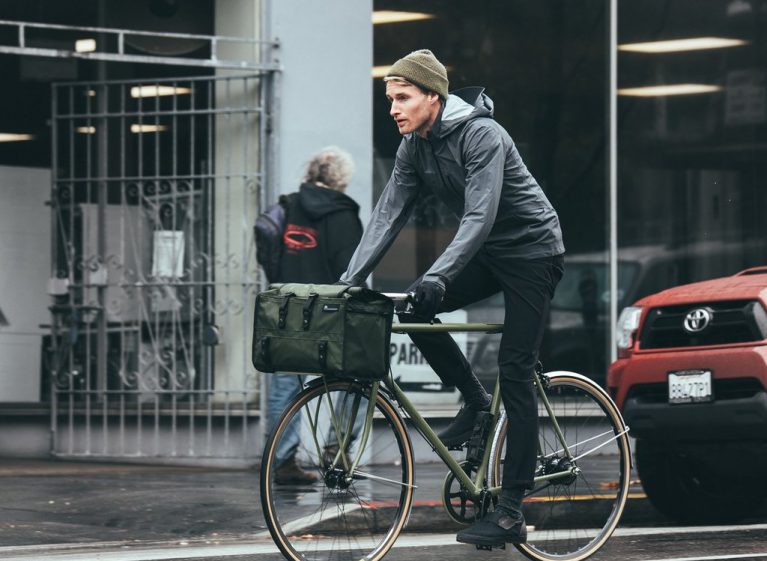 In 2011, Trystan Cobbett decided to build himself a better city bike. He wanted something utilitarian and low-maintenance for riding to his job at Mission Workshop in San Francisco. The result was a custom belt drive steel frame rig with a front rack, swept back bars and fenders. 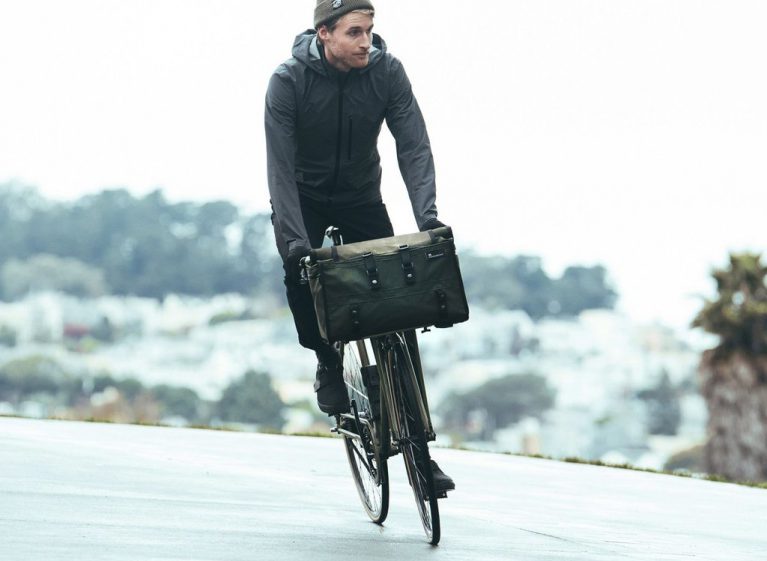 We spotted the bike on Mission Workshop, which was promoting their new Helmsman rolltop duffle, so we shot Cobbett a note asking him to tell the bike’s story. “I needed a bike that I could ride in the rain without worrying about destroying the drive train or feeling compelled to clean and service it on a weekly basis,” says Cobbett, who is Mission Workshop’s experience manager and has more than 20 years of bike industry experience. He liked the Gates Carbon Drive system due to its simplicity. “The fact that the belt is quieter and lighter was a serious bonus.” He created a frame that was sporty and comfortable, with swept-back handlebars for an upright riding position, and a front rack that is perfect for the Helmsman. “To keep the loaded front rack functional I added a heavy spring connecting the fork to the down tube. This forces the front wheel to stay straight when loaded.” For the belt port, he fabricated a coupler from layers of sandwiched steel that is held shut with a bolt that doubles as a fender mount. Cobbett added a minimal belt guard of curved tubing for style. “Since building the bike more than six years ago it has been my daily commuter as well as a touring bike, grocery hauler, passenger carrier, and it even completed one century ride.” Cobbett estimates that he has more than 10,000 miles on the bike. “It’s had many new tires and brake pads, new front wheel bearings, a rear hub service and a new bottom bracket,” he says, “but only one Gates belt!” missionworkshop.com 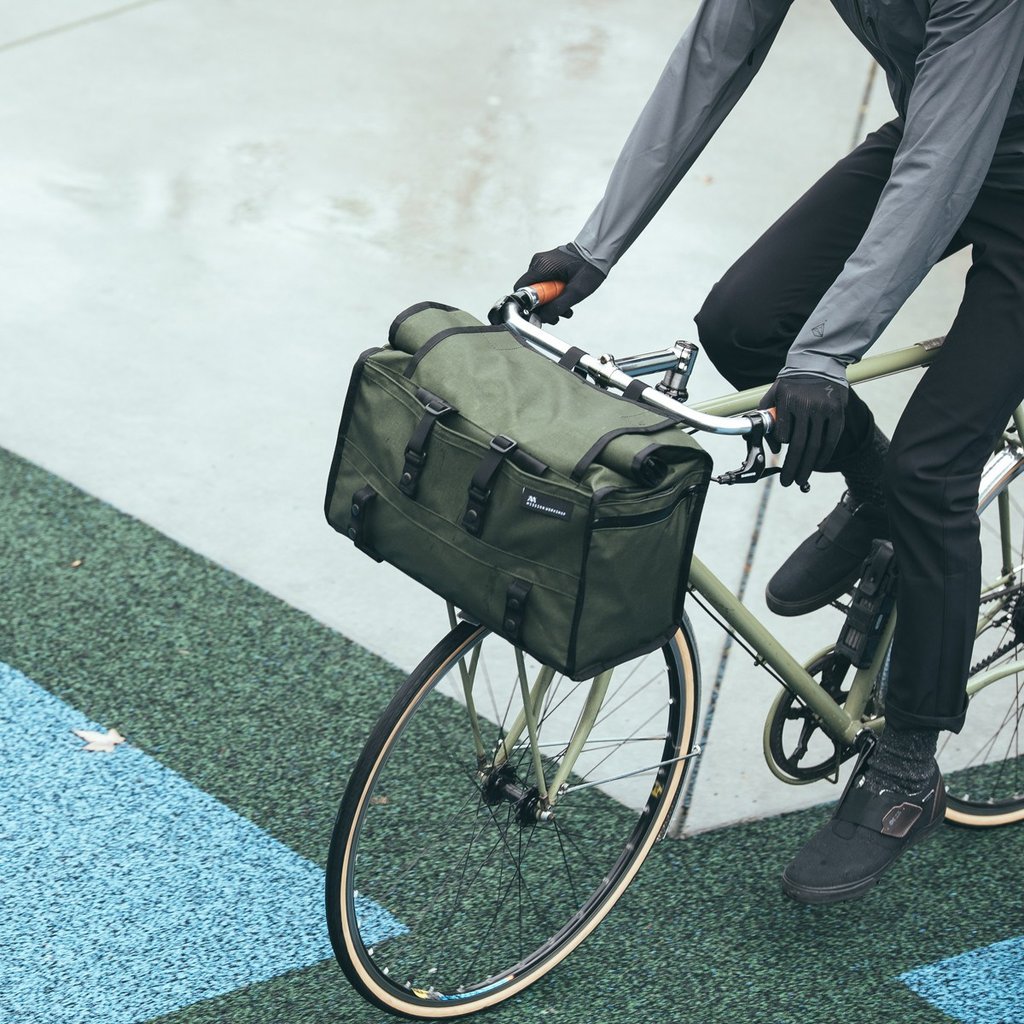