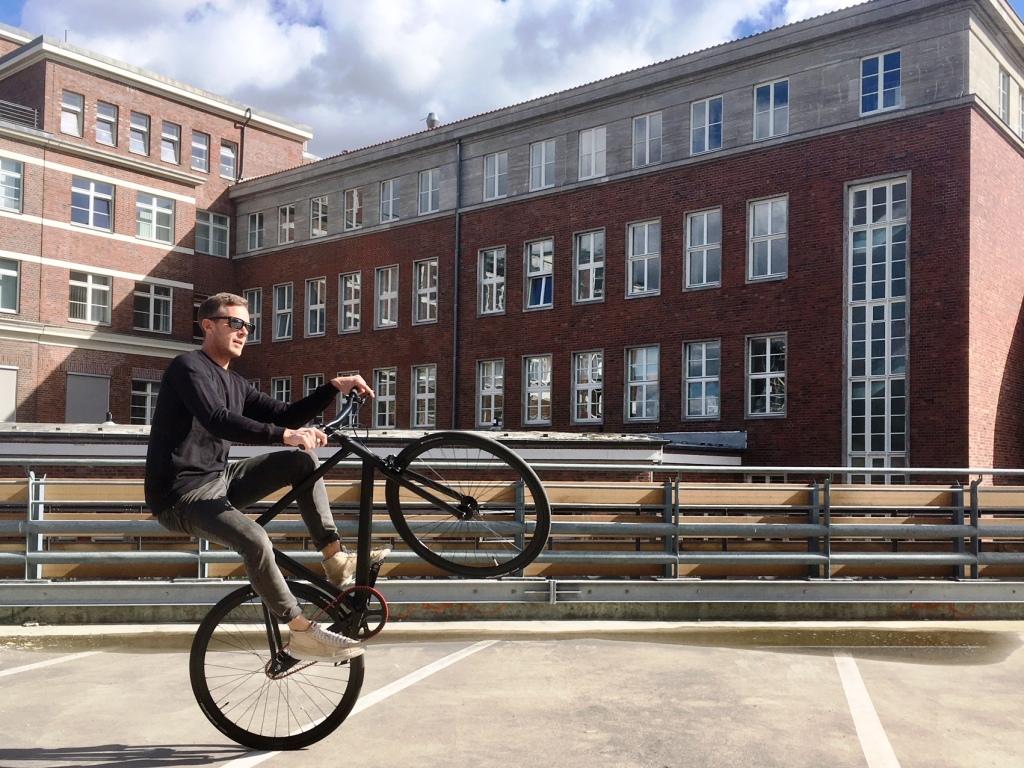 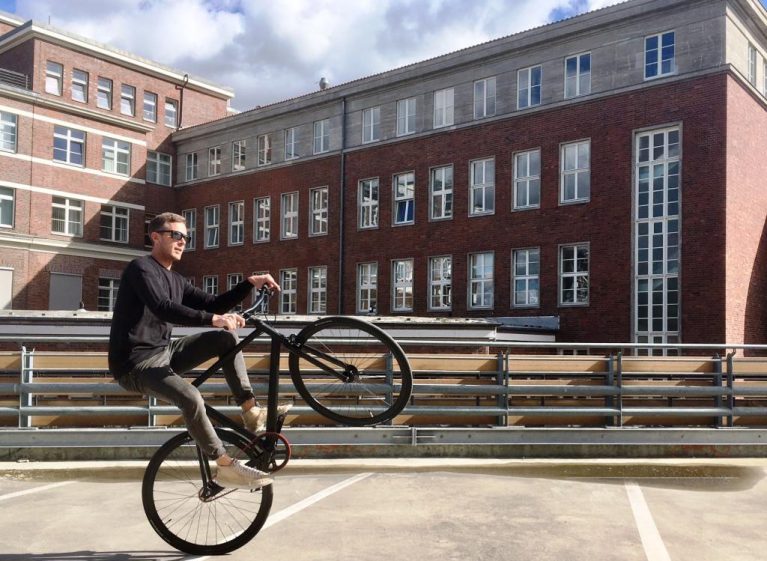 The slogan of Schindelhauer Bikes is "Belt Driven Since Day One." Gates Carbon Drive is an essential ingredient of their brand DNA. Gates recently traveled to Berlin to visit Schindelhauer headquarters, produce a video and--of course--explore their historic city by bike. 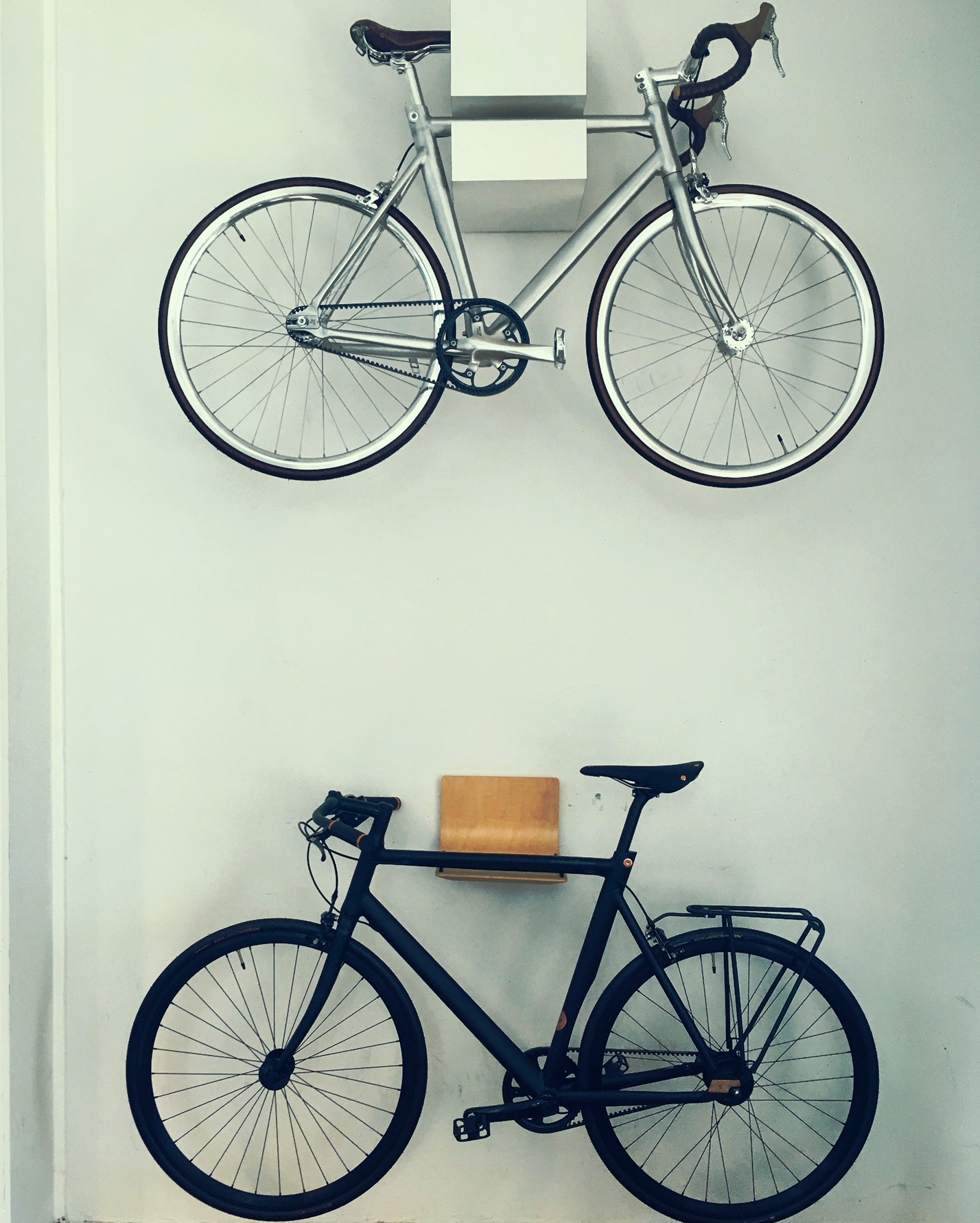 Founded in 2009, Schindelhauer has won many design and innovation awards for their clean, fast and stylish urban bicycles. Their hallmark is a meticulous attention to detail that combines timeless styling with modern aesthetics. And they use Gates belts on every bike, providing a modern, grease-free ride for today’s urban cyclist.

Our first stop after flying into Tegel airport was the 25hours Hotel in the Charlottenburg district of Berlin. This hotel has a fleet of Schindelhauer bikes–including the Thin Bike, below, which hung from a wall near the elevator–for use by guests. Very cool.

Riding a Friedrich XI supplied by Schindelhauer, we pedaled across the city to the hipster Kreuzberg district where Schindelhauer’s offices are located, near the Spree River and Treptower Park.

Formed in Magdeburg, Germany, Schindelhauer relocated to Berlin in 2012 to grow and thrive in the city’s creative energy, art and culture. All of their employees ride Schindelhauer bikes to work on the city’s large network of bike lanes and pathways. Their headquarters consists of a workshop on the first floor with offices and a sunlit showroom above. A great place to work, with a fun culture. 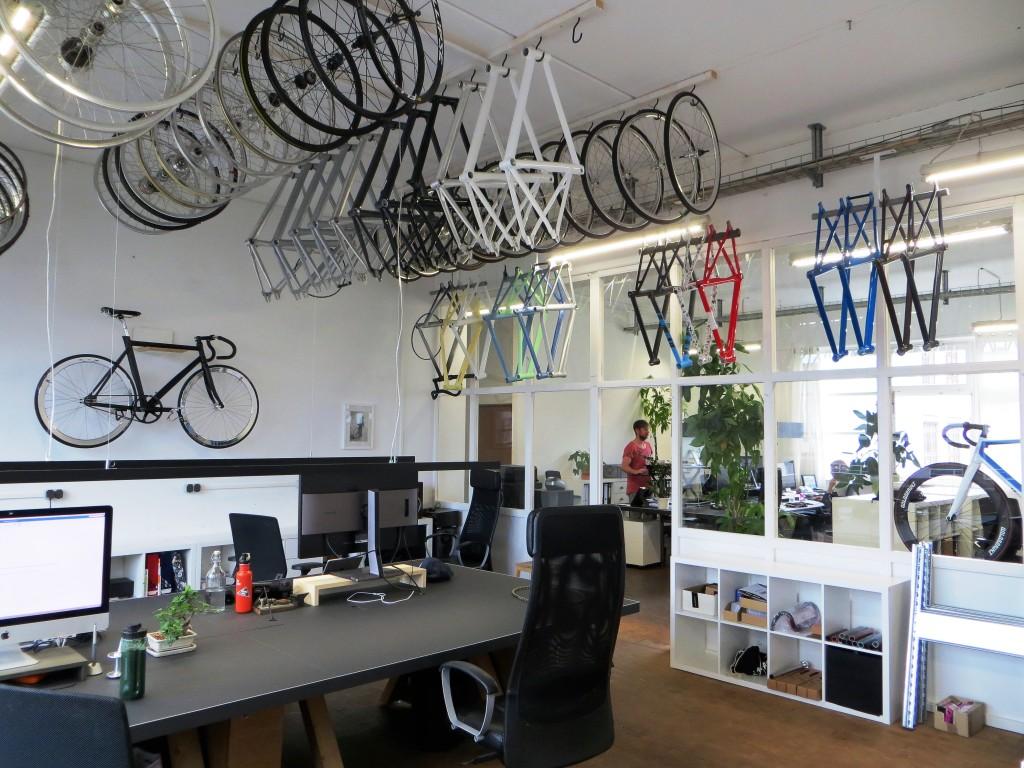 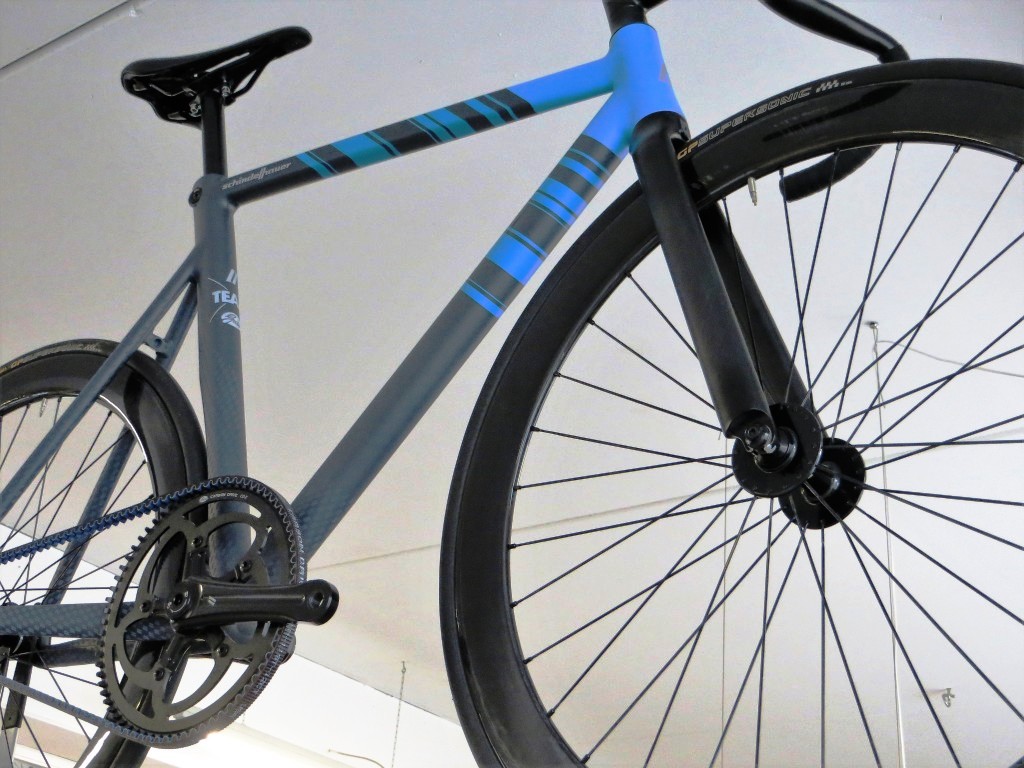 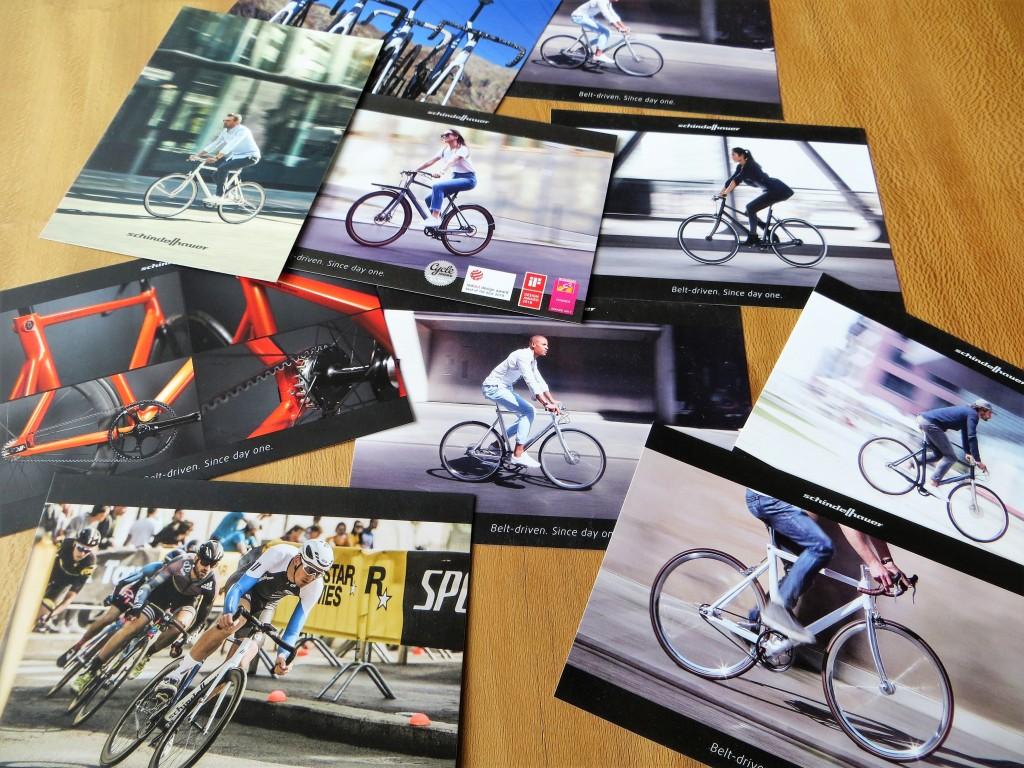 After touring their facilities, we got to work creating a video that explains the technology, history, style and strength of Gates Carbon Drive and our partnership with Schindelhauer. We filmed closeups and interviews inside their offices and then hit the streets. 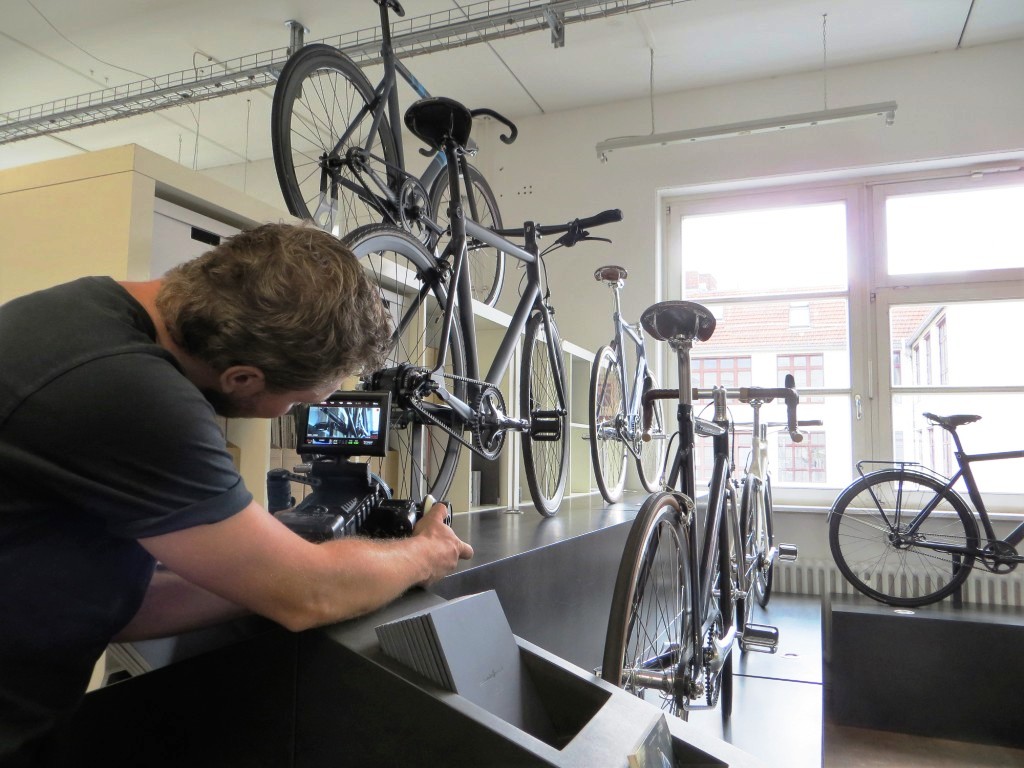 Utilizing drone cameras for exterior shots, as well as a belt driven CD-1 cargo bike from HNF-Nicolai, we first shot multiple sequences atop a carpark with an elevated train line running behind. Schindelhauer Creative Director Stephan Zehren is a skilled rider who performed nose wheelies and showed some steez on a black singlespeed Viktor with a Carbon Drive Red belt. With its powerful Bosch motor and Gates belt, the CD-1 was a versatile machine that enabled the videographers to film the action without using a car. The cameraman sat on the cargo platform, clipped in, carrying a camera attached to a gimbal for motion stability. 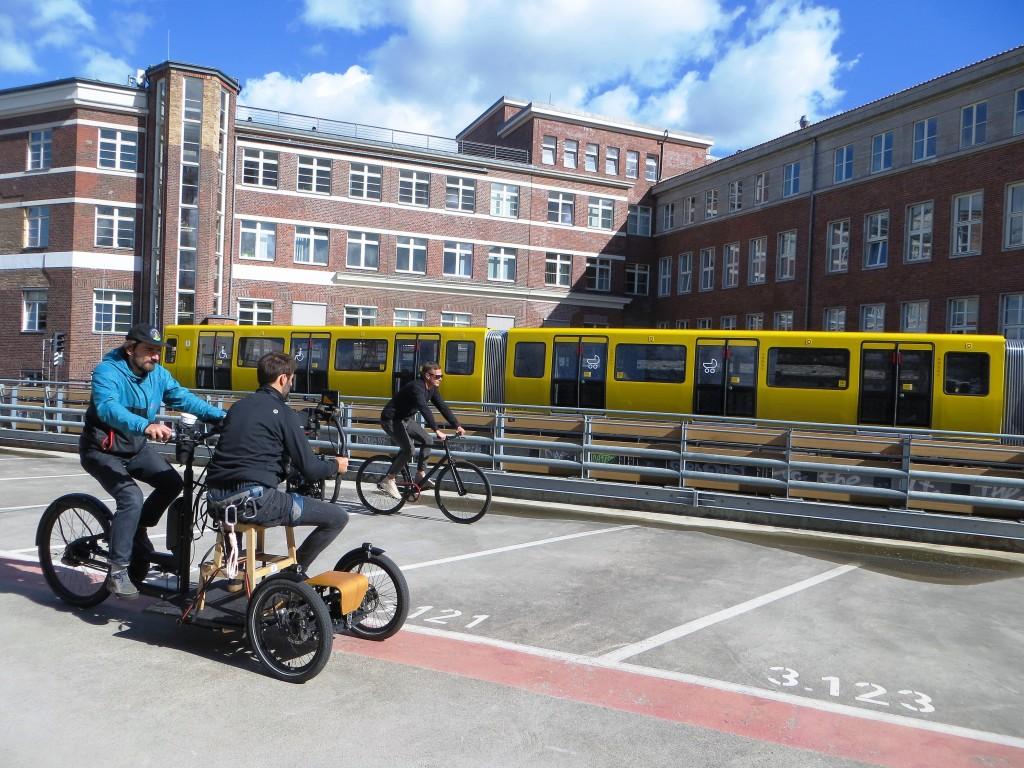 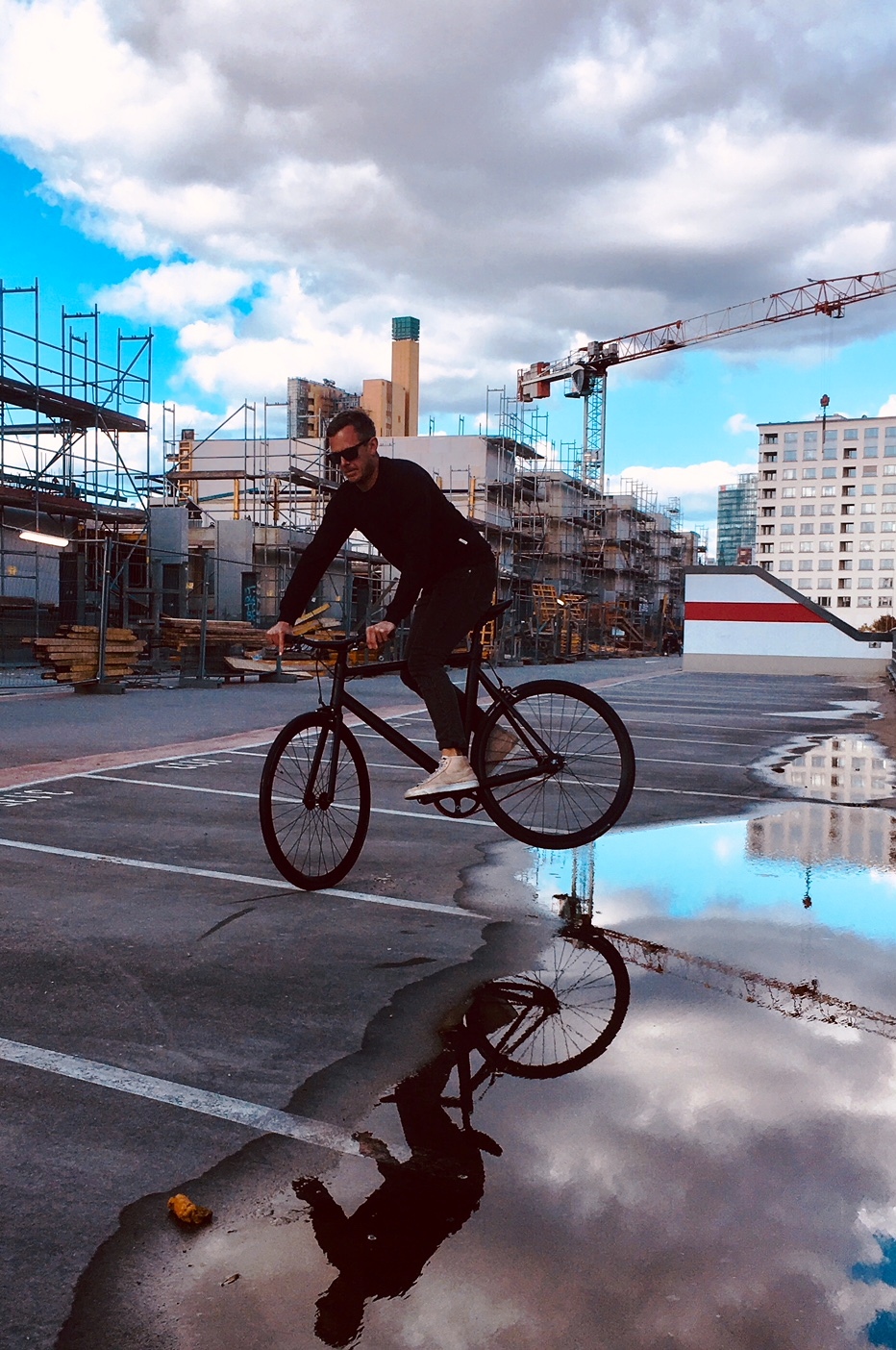 With some nice footage, the crew then headed to a city park for more shots. The cameraman had the hardest job–chasing Stephan with the heavy gimbal and camera. 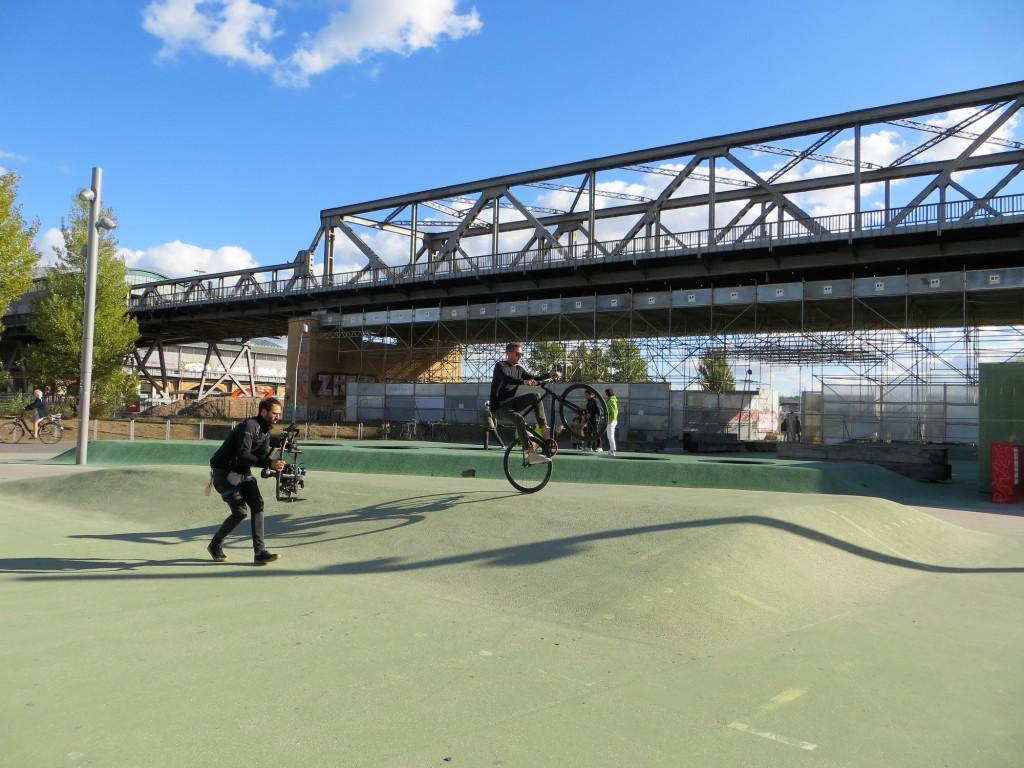 At dusk, we headed to a scenic pathway along the riverfront to shoot images of the Frieda with a friend of the brand, as the iconic Molecule Man statue loomed in the background on the Spree. 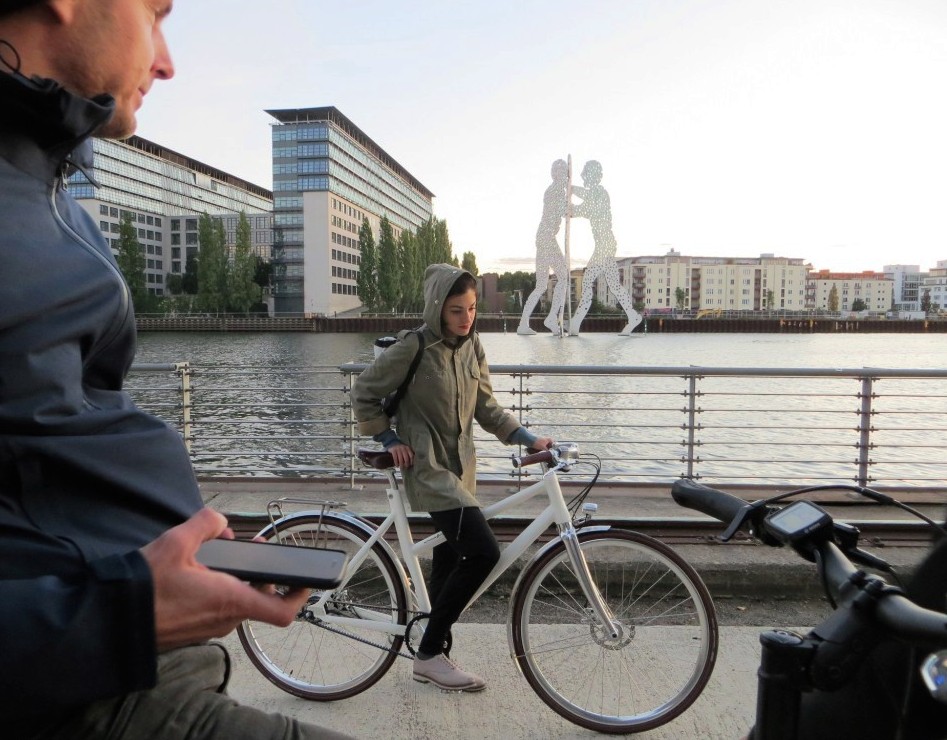 In 2019, Schindelhauer Bikes is celebrating its 10th anniversary, a milestone that makes co-founder Jörg Schindelhauer proud. Sitting down for an interview with the video crew, Jorg summed up his brand story: “We are very proud of all the work we have done to date. But we are not finished. We plan to continue working with Gates to push innovations that help people get from A to B with ease.”

Stay tuned for our video launch in February 2019!