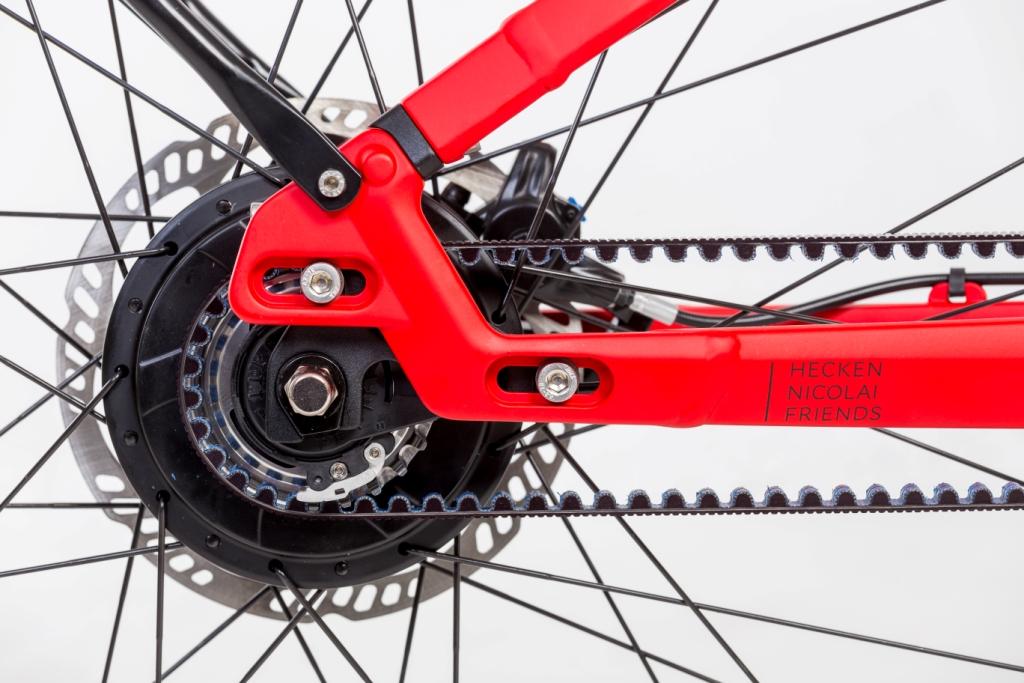 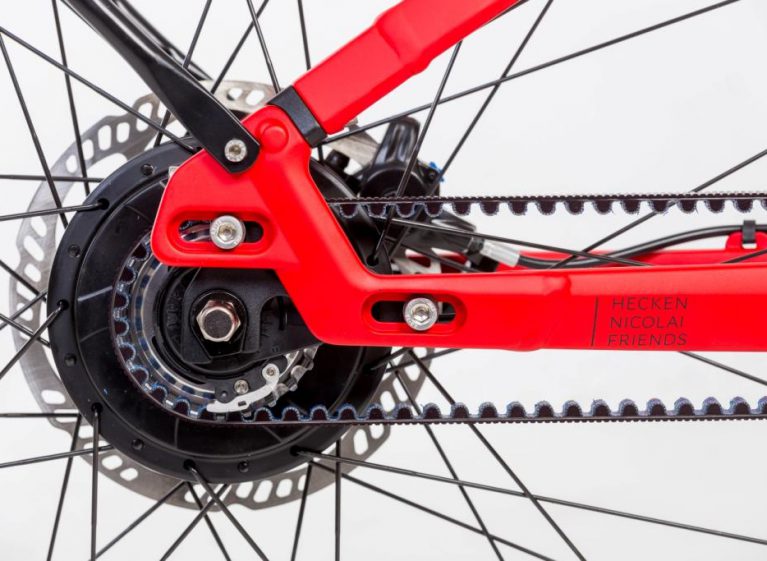 These are sunny days for HNF-Nicolai. The premium electric bike maker has opened a new production factory and is expanding its consumer-direct sales network. Gates recently visited HNF to meet its pioneering founders and learn about their impact on modern eBike design. 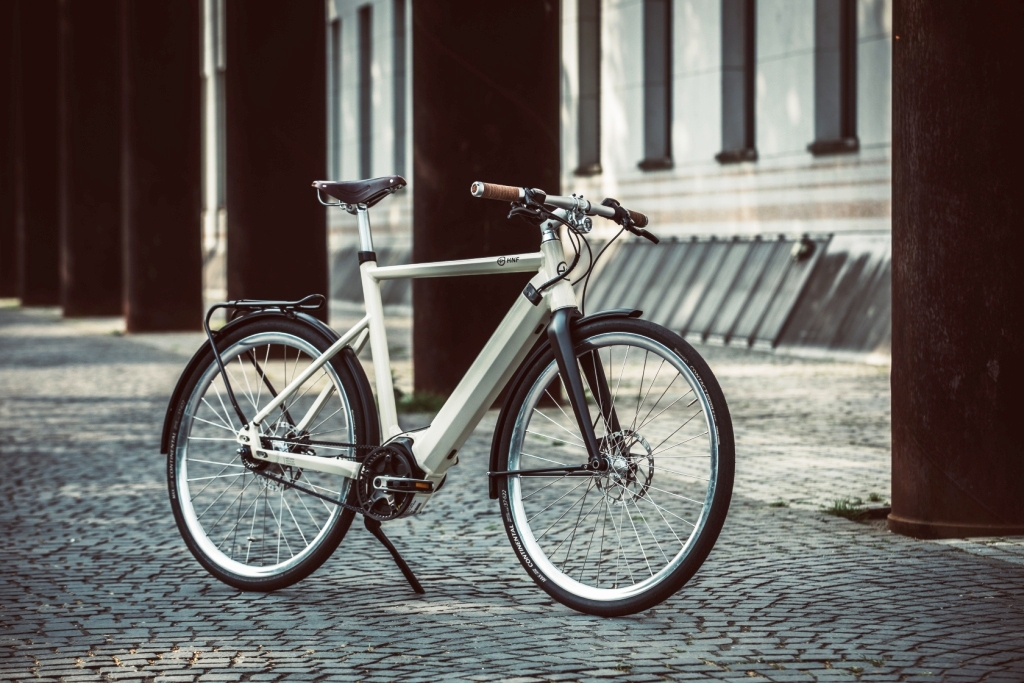 HNF launched with a bang in 2015 by introducing a full lineup of advanced eBikes including the XF1, a powerful full-suspension model that paired a Bosch motor with Gates Carbon Drive, a Rohloff hub and swing-arm technology from BMW. These were electric bikes that showed the bold vision of founders Michael Hecken, Karl Nicolai and Benjamin Borries, who have collaborated on some of the most iconic eBike concepts over the past decade.

Initially named HNF-Heisenberg (after the German theoretical physicist), the company changed its name to HNF-Nicolai in 2018 to more closely align its operations with Karl Nicolai, whose mountain bikes–including one ridden to a downhill World Championship in 1995–have had a cult following for more than 25 years. Read our Q&A with Nicolai in “Breaking Good.”

Today, HNF continues to innovate and expand. In late October, HNF opened a new a 2,500-square-meter (27,000 square foot) production and assembly facility in a former solar panel factory in Bitterfeld, south of Berlin, in a region known as the “Solar Valley.” The new factory will allow HNF to build up to 40 eBikes per day to keep up with rising demand, and its opening signals a new chapter in the brand’s growth.

HNF is forward-thinking in more than just the design of its eBikes. The company sells consumer-direct with a fleet of vans and salespeople who conduct test rides around Germany–at a customer’s home, bike path or trailhead. Consumers configure their bikes with a range of colors and components, and the final bike is delivered to the customer’s home. HNF mechanics also make house calls if repairs are needed in the future. It’s a business model designed for hectic modern life. 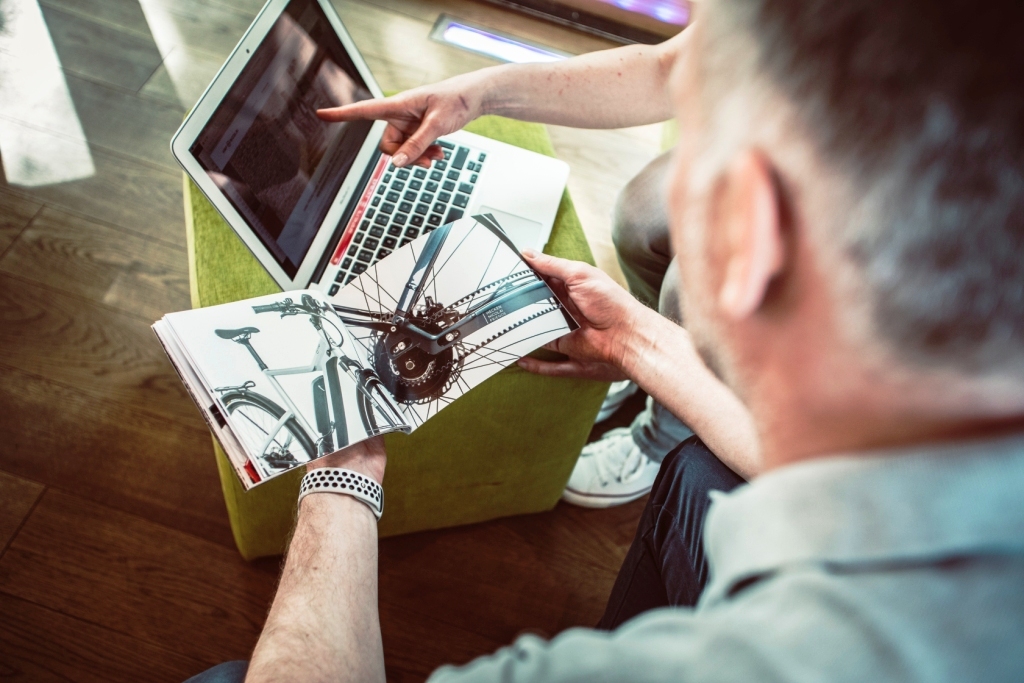 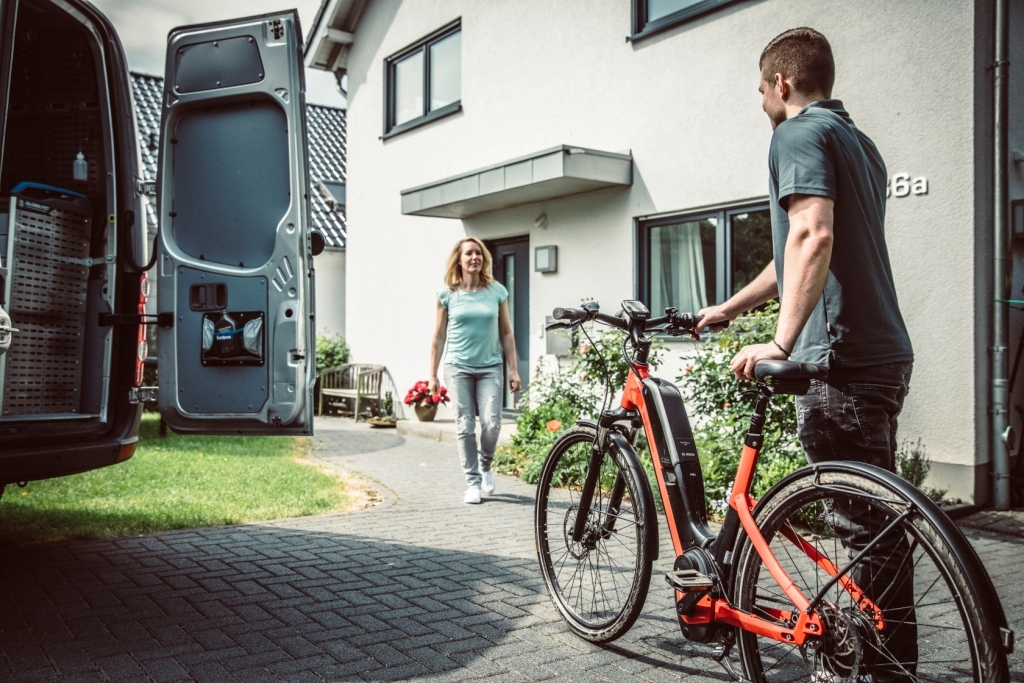 For 2019, every HNF model will use Gates Carbon Drive. “Life is complicated and the world is complex,” says Nicolai, HNF’s technical director. “People want simple solutions and elegant technologies. Chains are a hassle. Especially on powerful mid-drive motors, chains begin to stretch immediately and they wear out fast. Gates Carbon Drive is the perfect solution. It’s clean, grease-free, it doesn’t stretch and never rusts. You don’t need to ever think about it.”

Hecken lives near the HNF headquarters in Biesenthal in a historic 800-year-old home and former mill. It’s an important location in the history of modern eBikes. This is where Hecken in 2008 developed the first Grace eBikes. Grace applied automotive and motorcycle design concepts to create purpose-built eBikes whose style and design were ahead of their time. Hecken still has a poster of the first Grace prototype hanging on the wall. While that first model used a chain, Grace quickly moved to belts and with Nicolai’s help was an early adopter of Gates technology. “Grace was the first eBike with an integrated battery and controller and fully integrated components. Later, we created the first Gates-Nuvinci-Bosch eBike,” says Hecken.

Several years later, Hecken collaborated with Nicolai again on another groundbreaking design, the Smart eBike produced by automotive giant Daimler, also featuring a Gates belt. If an electric bike Hall of Fame is ever created, Smart and Grace should be included due to their influence on the look and feel of modern eBikes.

Hecken, who is HNF’s managing director, expects big growth in 2019 with the opening of the new Solar Valley factory–plus an increase in the size of its mobile sales fleet. “It’s all about creating the most seamless and efficient process,” says Hecken.  “We have a very high conversion rate. After a test ride, most people buy a bike. They are sold.” So are we. hnf-nicolai.com