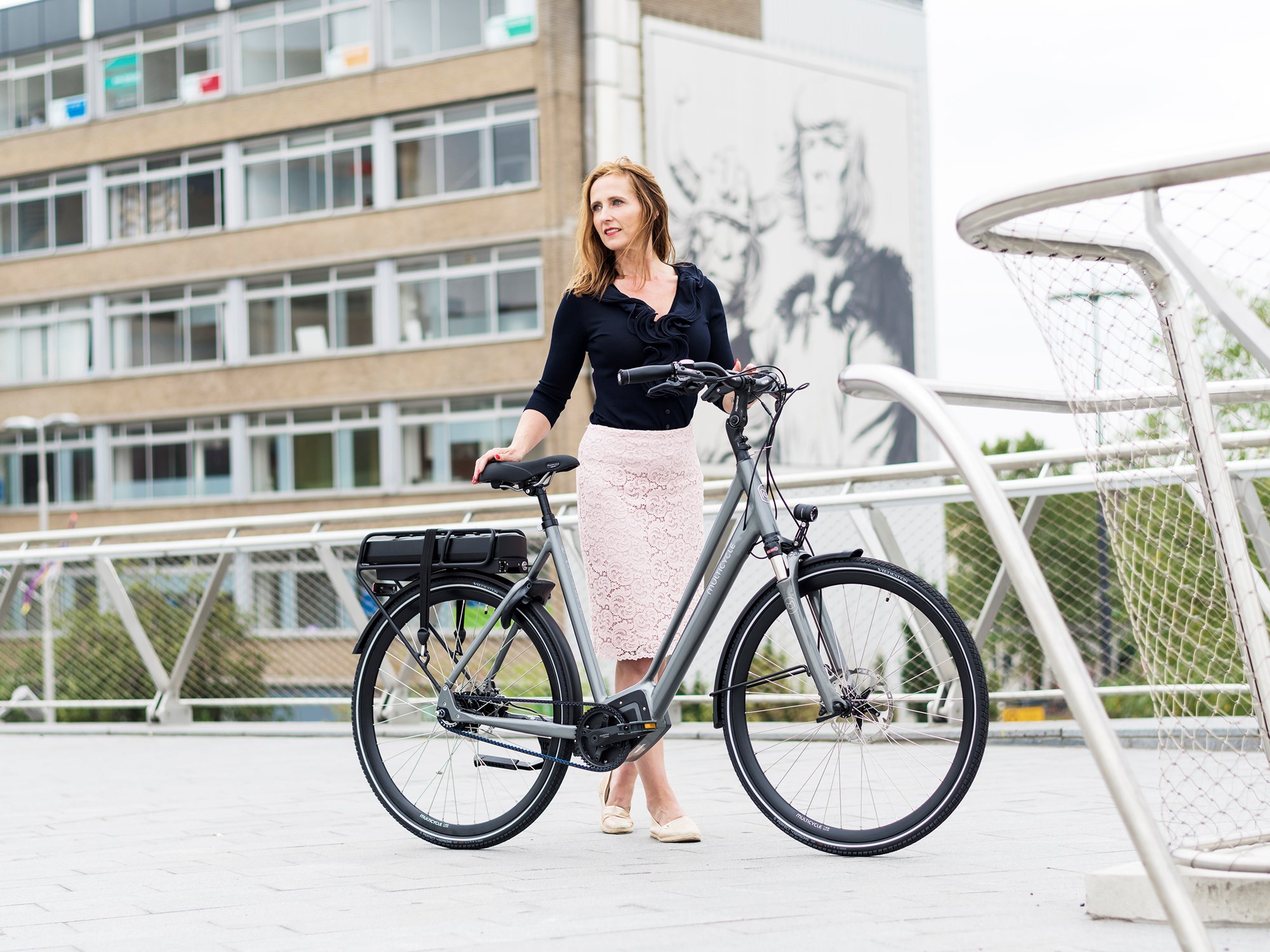 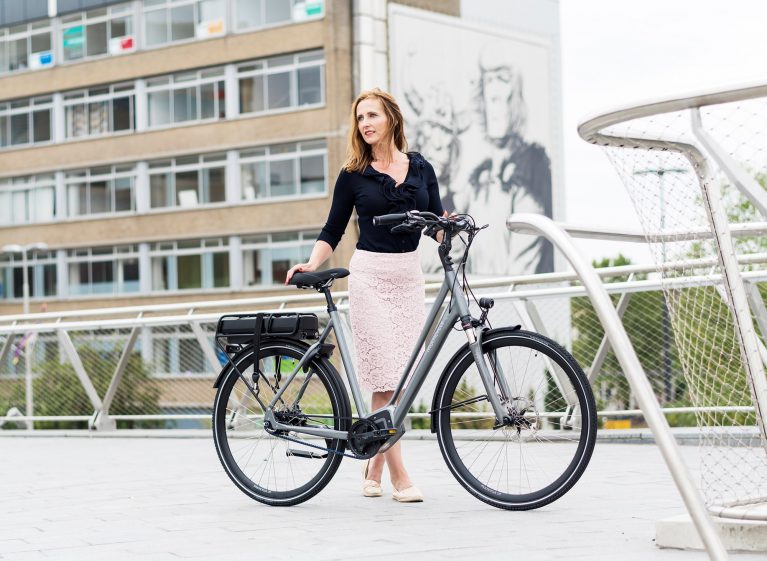 The Netherlands is one of the most bike-friendly nations--and a hotspot for belt drive bikes. Gates was there in March to attend one of Europe's biggest consumer bike shows, Bike Motion Benelux.

Bike Motion attracted tens of thousands of people from around the Benelux nations of Belgium, Netherlands and Luxembourg. Gates displayed a range of Gates Carbon Drive equipped bikes and electric bikes at the 2019 show in Utrecht, a historic university city of canals and bike paths where bicycles outnumber cars on the roads. Check out some of the Dutch bikes we exhibited below. 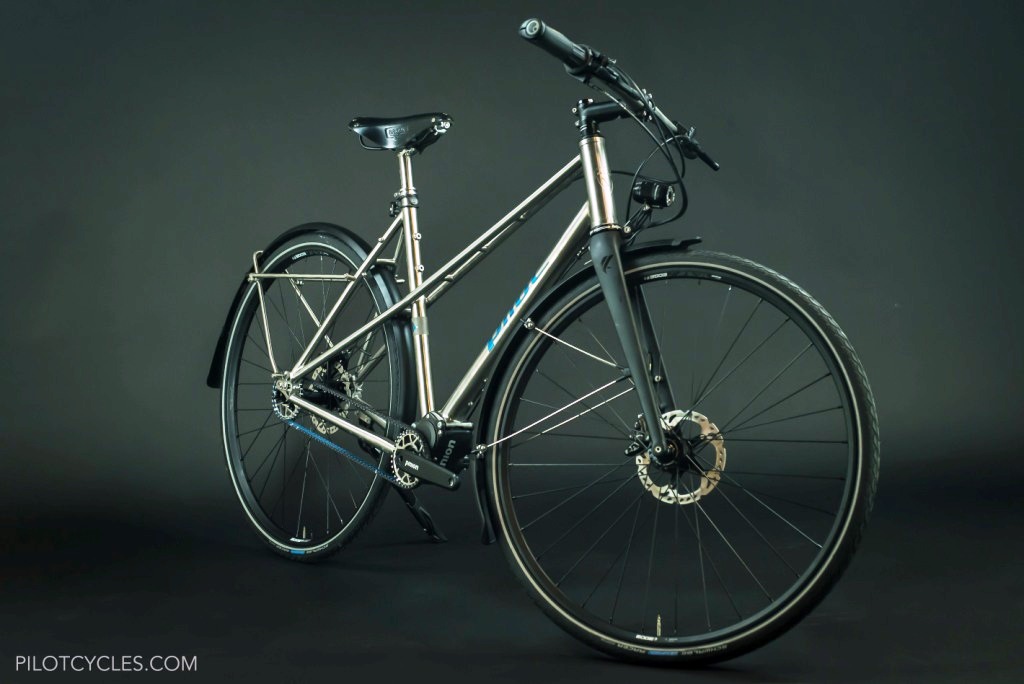 The Vamos Pinion Mixte, shown above, from Dutch brand Pilot Cycles is a titanium commuting and touring model with a Pinion gearbox. Learn more about Pilot in our previous post, “Flying with Pilot Cycles.”

Shown below is the Infinity Belt Drive from Dutch ID, whose eBikes are “100% hand built in Holland” and use a powerful Bosch mid-drive motor. 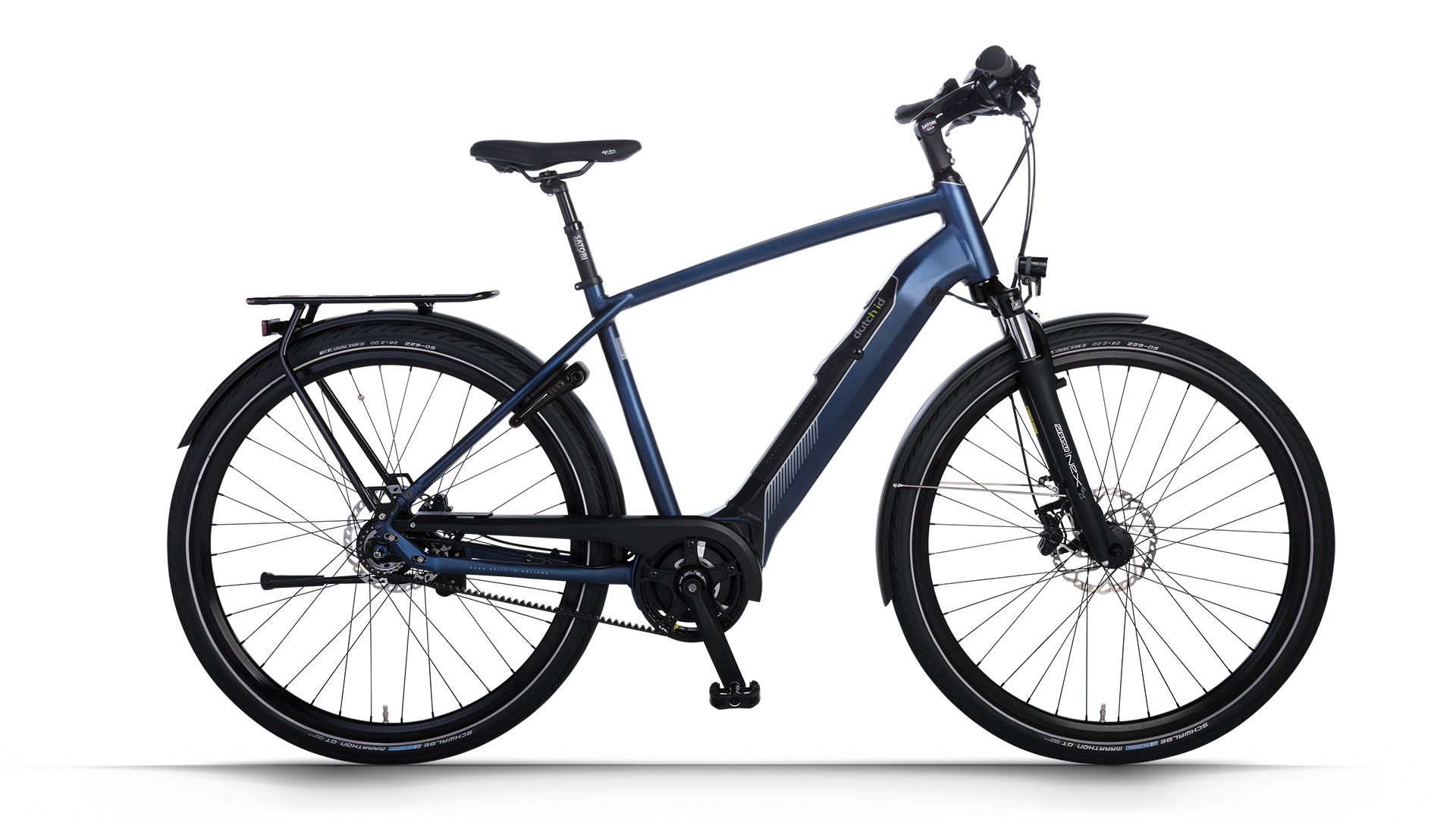 Below is the Prestige EMB from Dutch company Multicycle, based in Ulft. It features an elegant step-through frame with a Brose mid-motor. 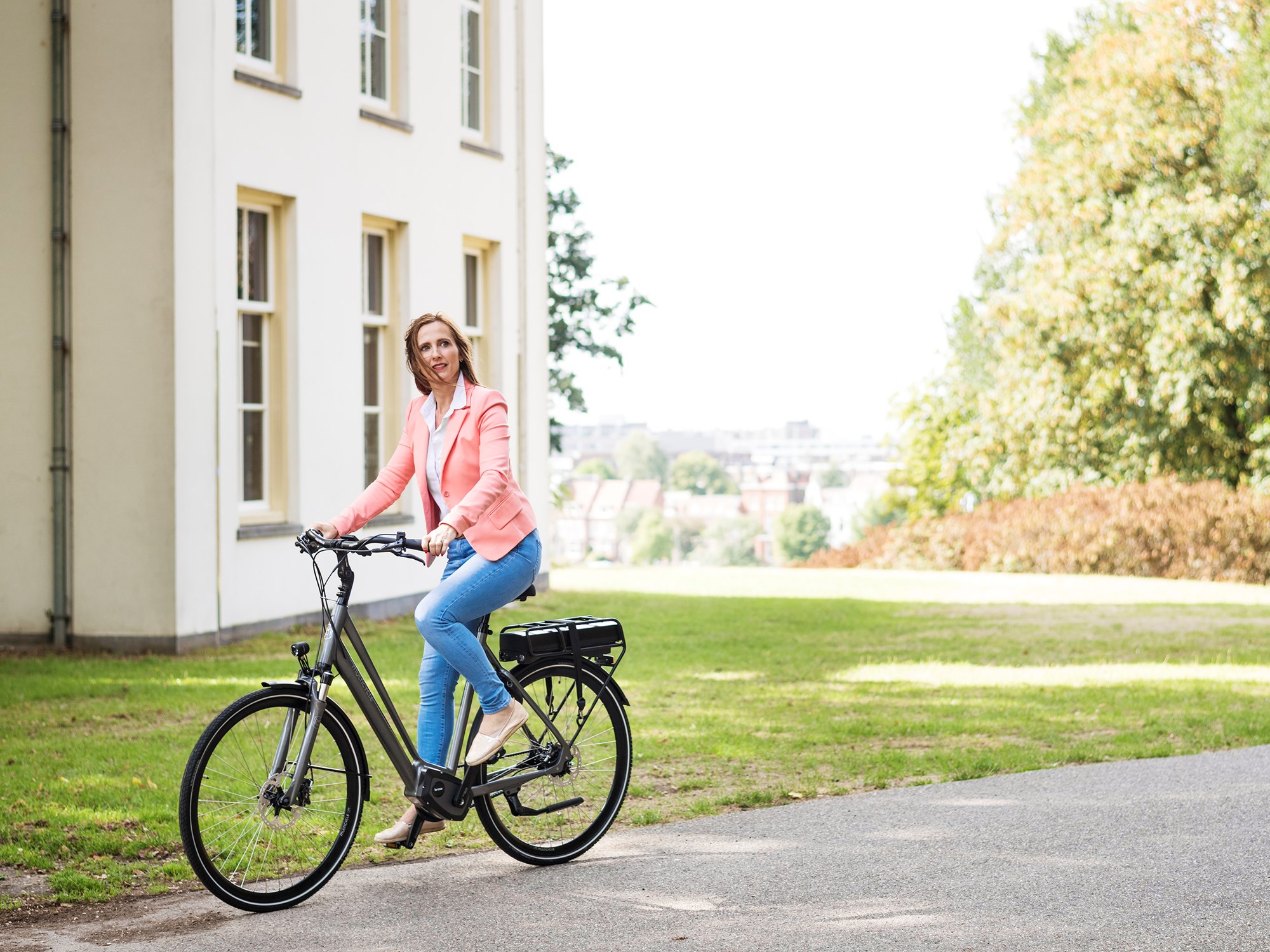 Koga is a Dutch company renowned for its adventure trekking bikes. Alee Denham, featured in the post “Riding Over the World’s Highest Road,” is currently riding a Koga from South America to Alaska. Another adventurer rode the TransAmazonian Highway on a Koga. The brand also manufactures premium electric bikes, including the Pace B10 below, an iF Design Award winner.

Below is the Rohnin from Dutch company Jan Janssen, which calls it a low-maintenance bike that eats up the miles. The Rohnin uses a drivetrain renowned by adventure cyclists–a Gates belt drive mated to a Rohloff 14-speed internal hub. 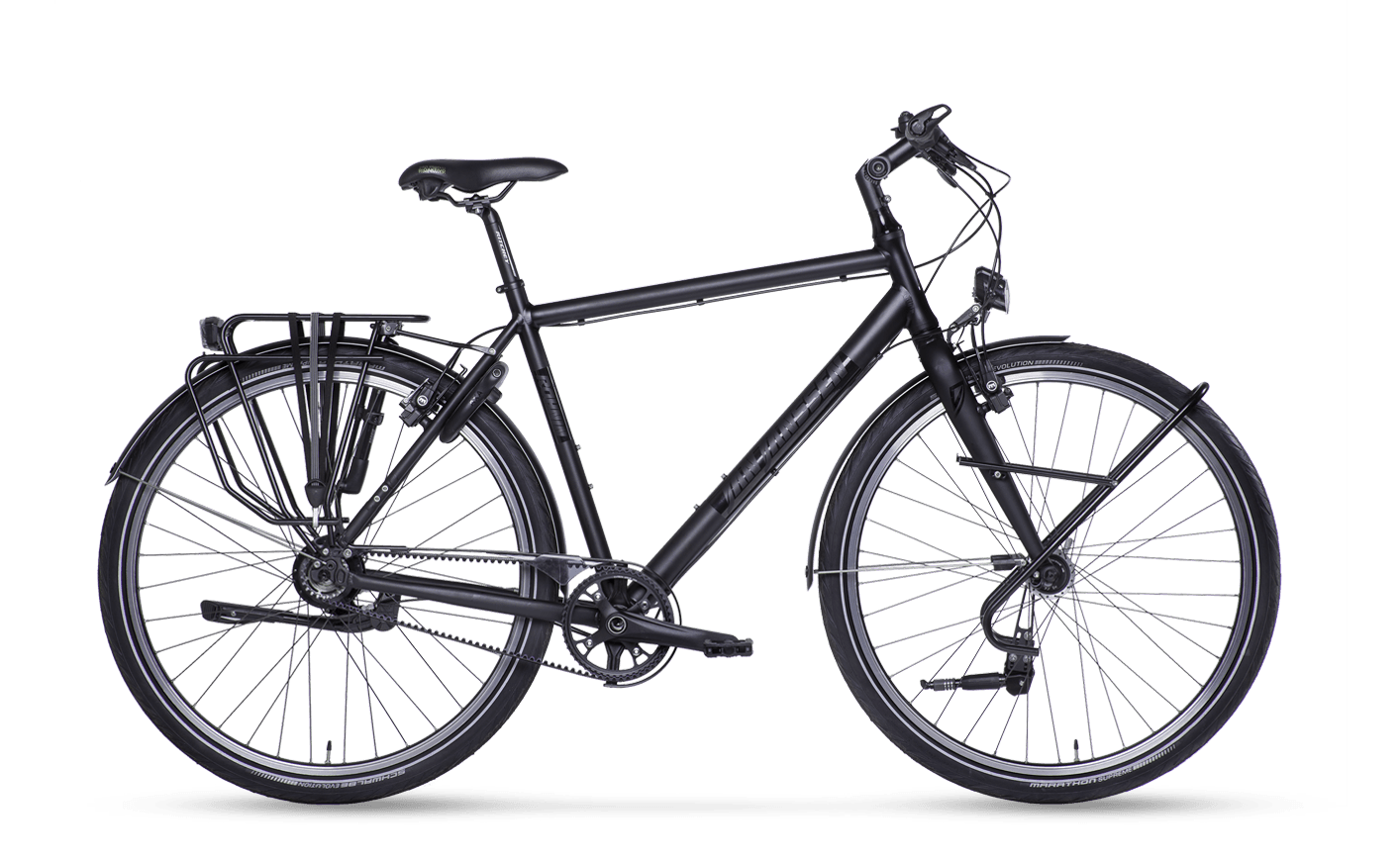 Cortina is a historic Dutch brand known for its practical and durable city bikes. The Mozzo, below, features classic styling with premium modern components including dynamo lighting for navigating city streets. 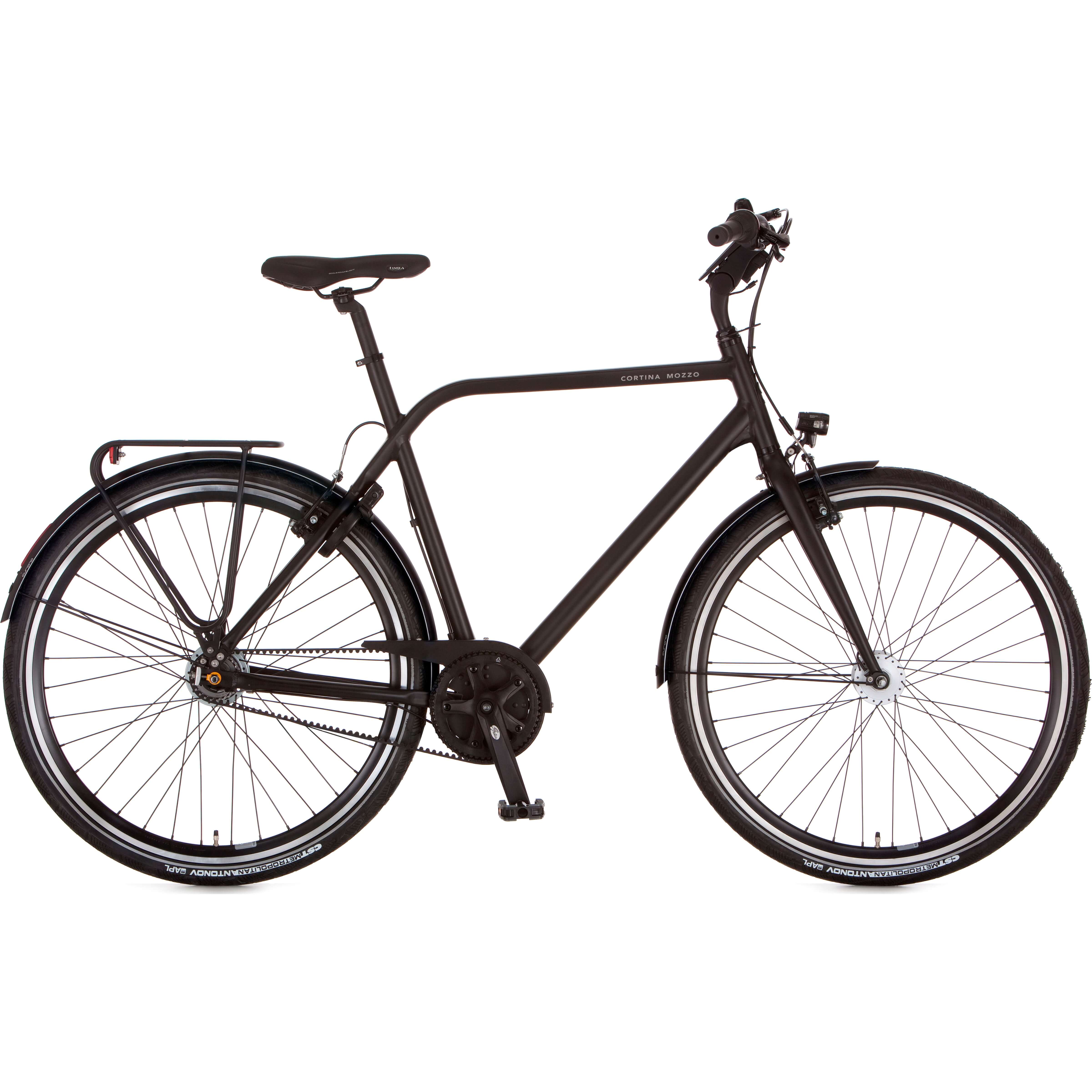