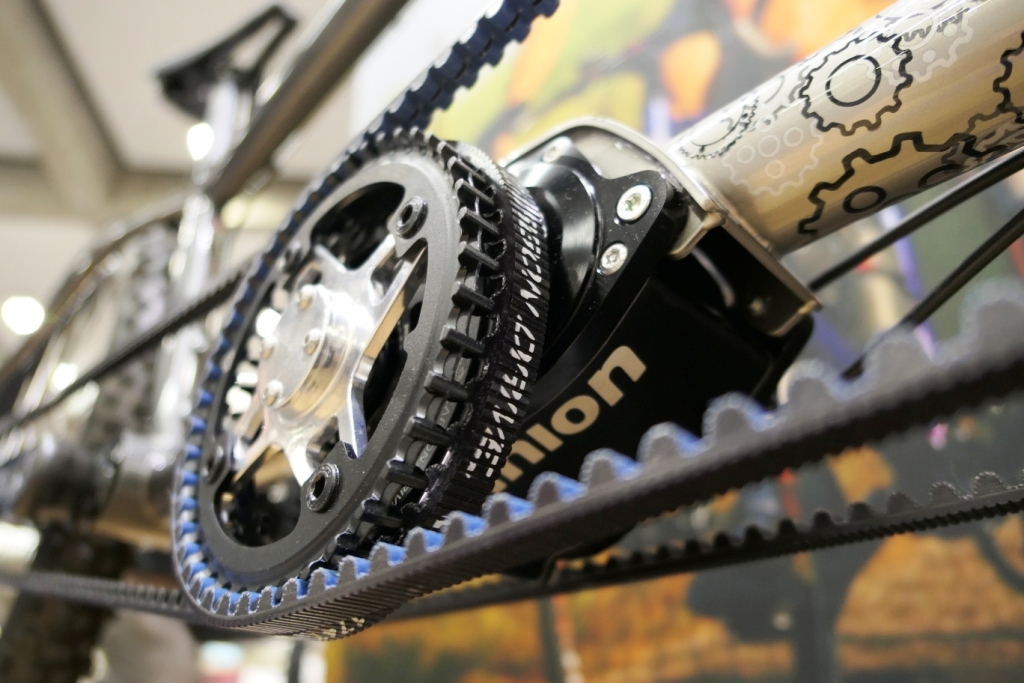 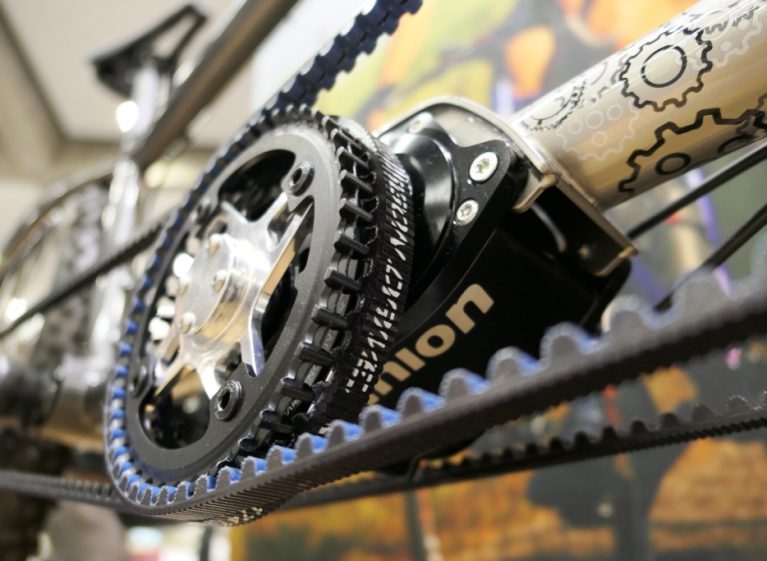 Belted in Sacramento – Gates at NAHBS 2019

The North American Handmade Bike Show is a premier showcase for Gates Carbon Drive bikes. Crowds were large for the three-day 2019 show in Sacramento, and Gates belted bikes were all over the showroom floor.

In 2019, NAHBS – the North American Handmade Bicycle Show – headed to Sacramento, CA. Gates was on hand to marvel at the belted custom creations on display. 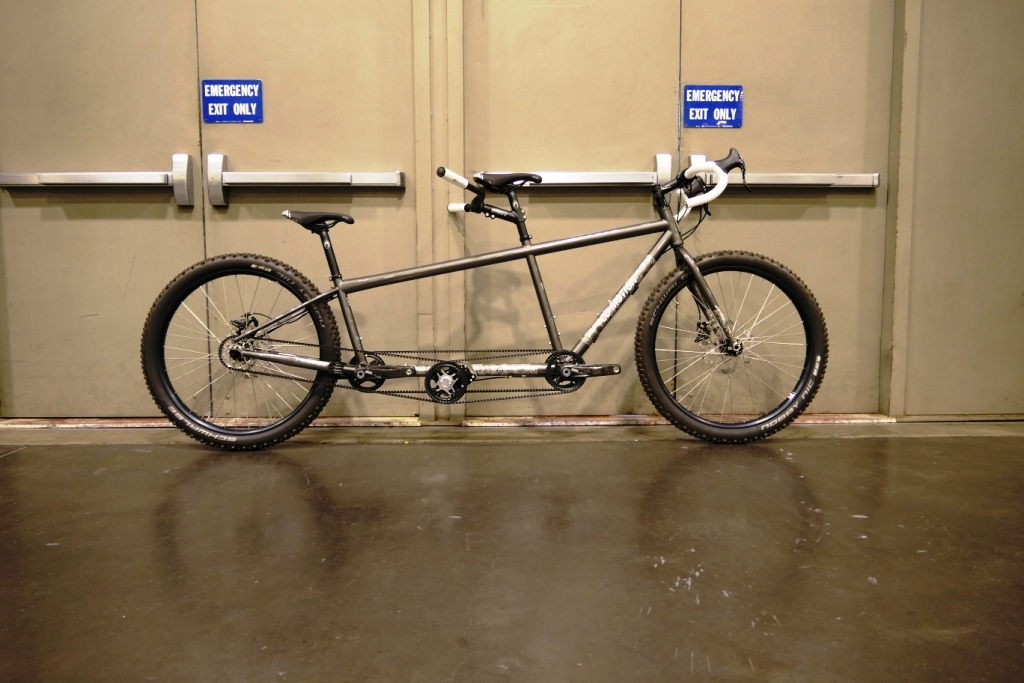 Co-Motion Cycles from Eugene, Oregon, won lots of accolades for its triple-belted Pinion gearbox tandem. Two belts drive the gearbox in the center of the frame, and a third long timing belt synchronizes pedaling between the front and rear riders. The custom paint detailing was also killer. 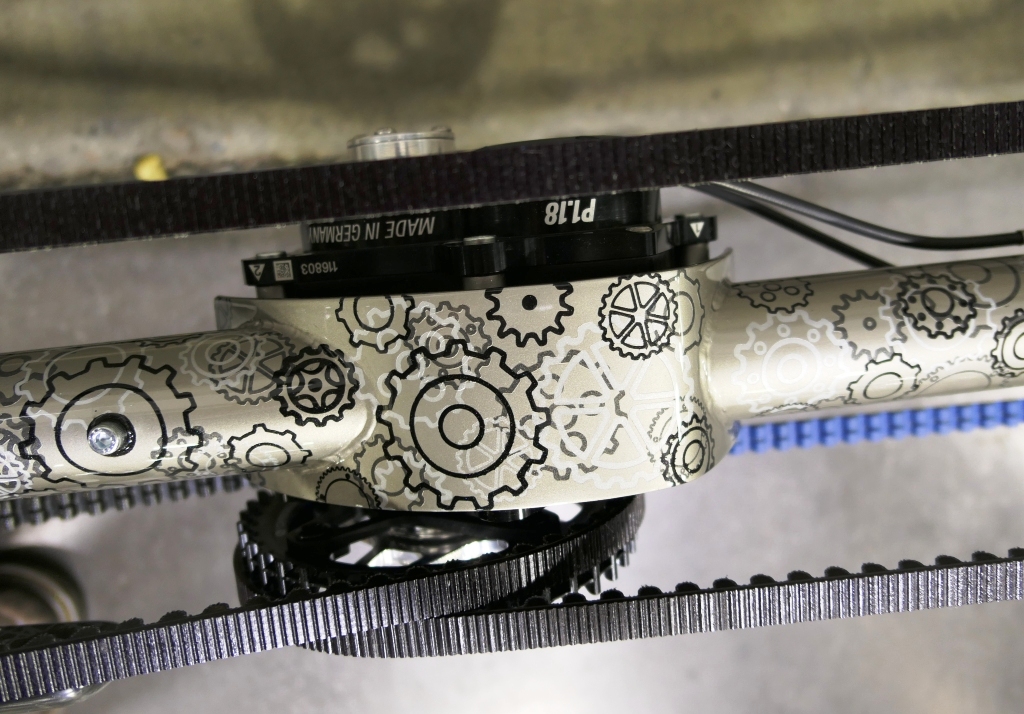 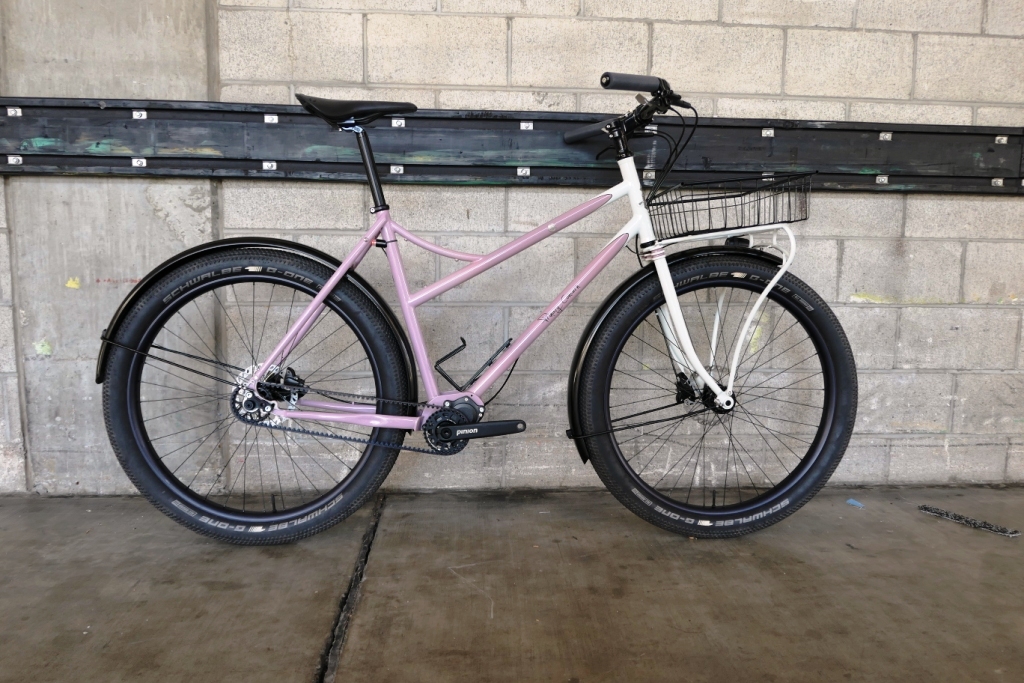 Joseph Ahearne, maker of the Cycle Truck, built a gorgeous rugged commuter with custom racks and a belt drive mated to a Pinion gearbox.

The bike also featured the Cinq shifting system, which provides trigger or brake lever shifting instead of the typical grip shift. 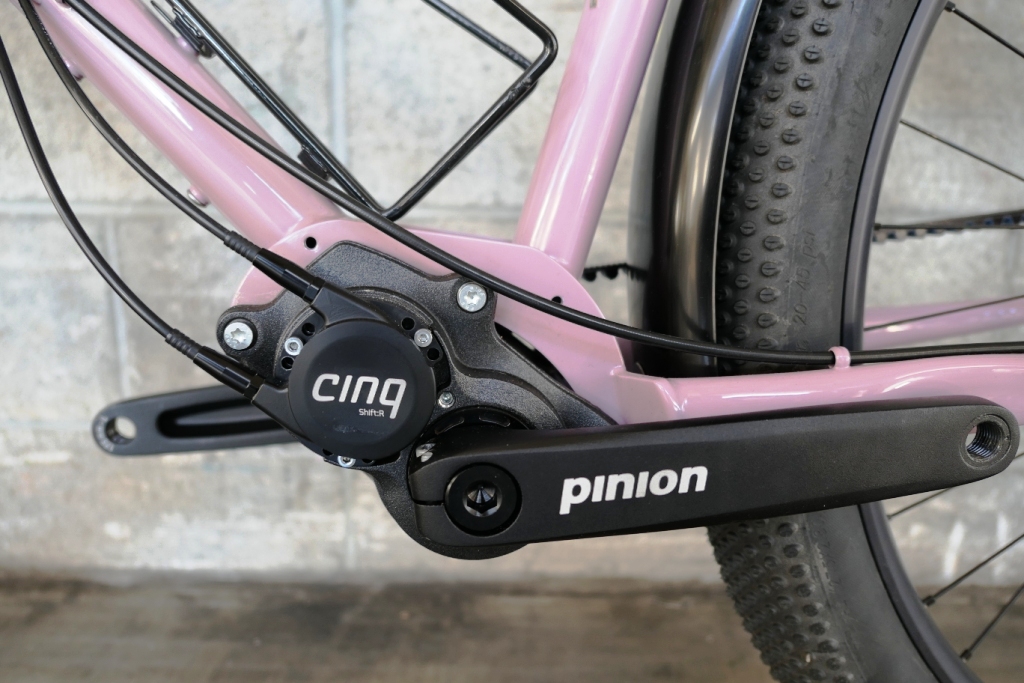 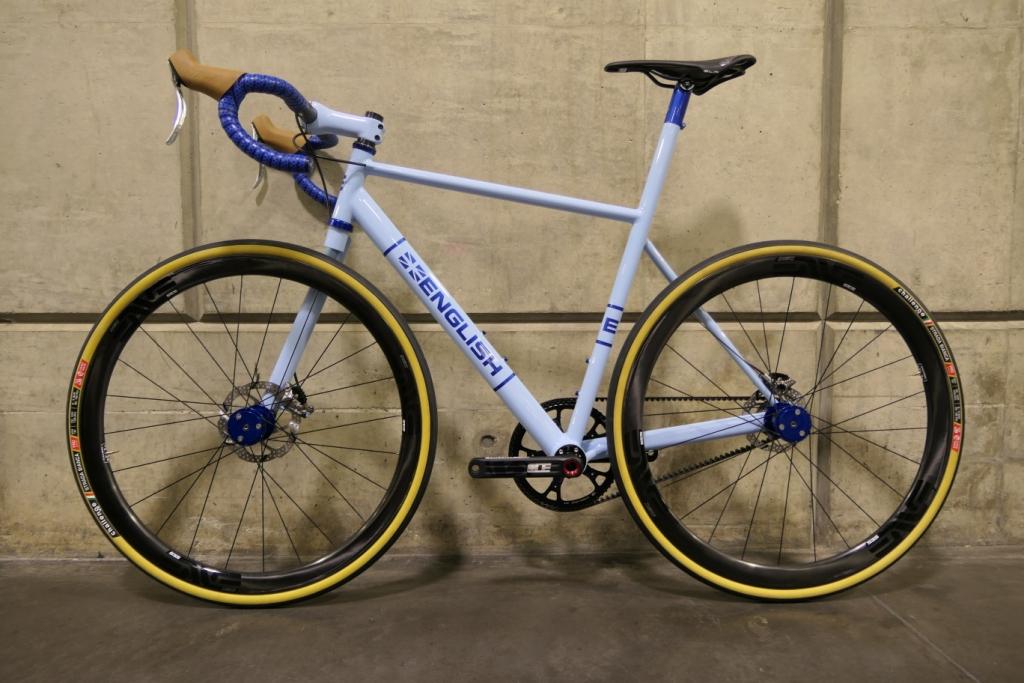 Rob English stunned with his crazy looking Project Right bike, a Gates belted marvel with no left side stays and a single “fork.” 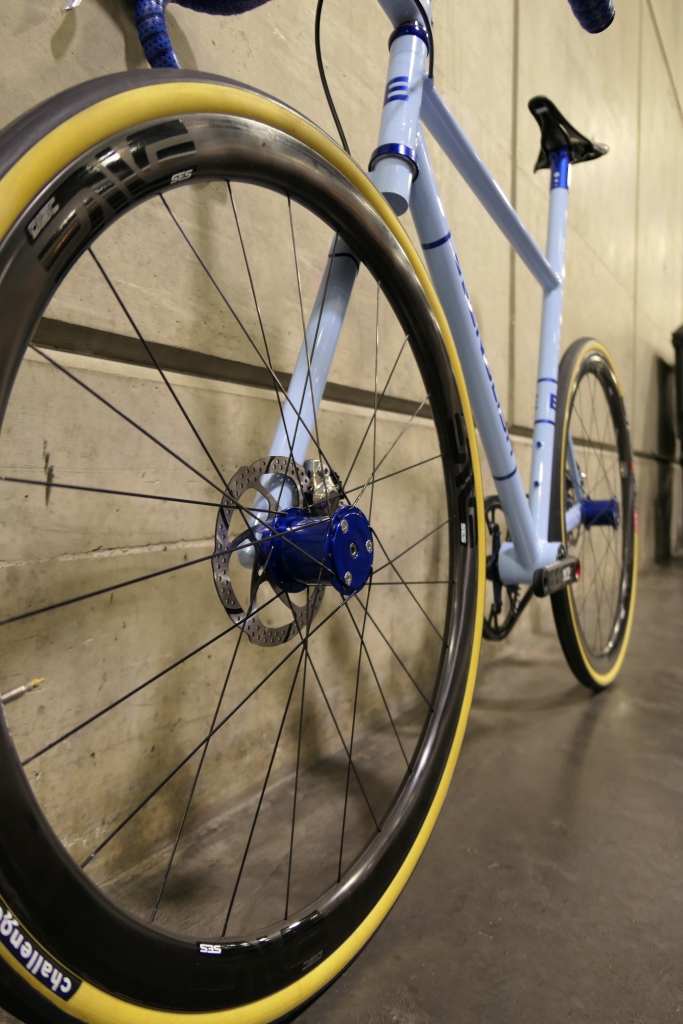 The bike got a lot of media attention, too.

Along with Gates Carbon Drive, Pinion gearbox bikes were also all over the convention center. KC from Cerreta showed this Pinion commuter with custom fenders. 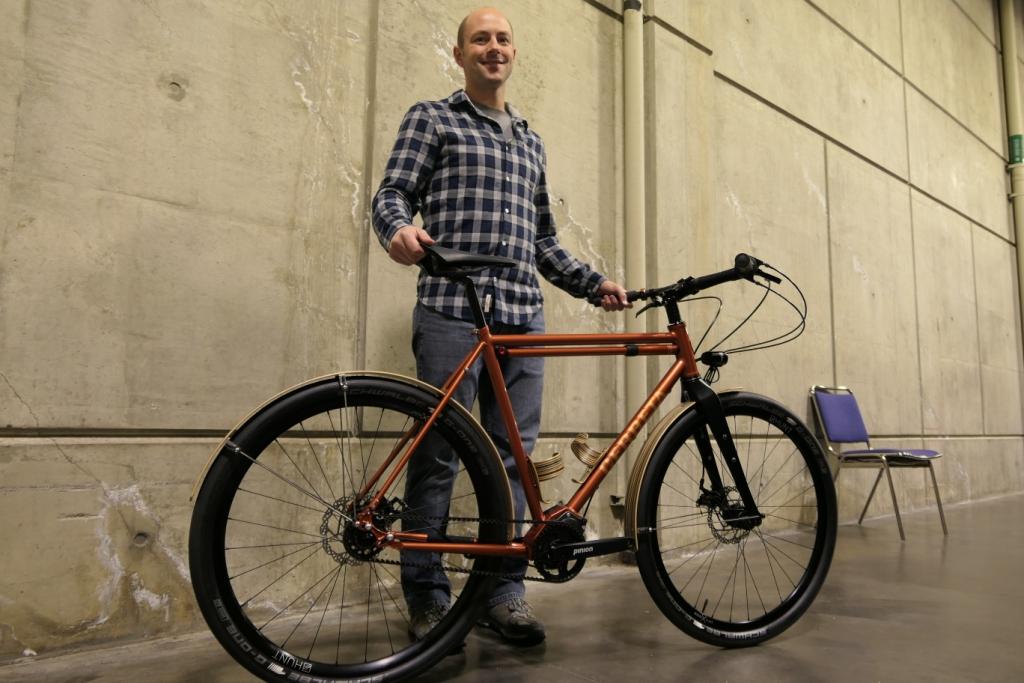 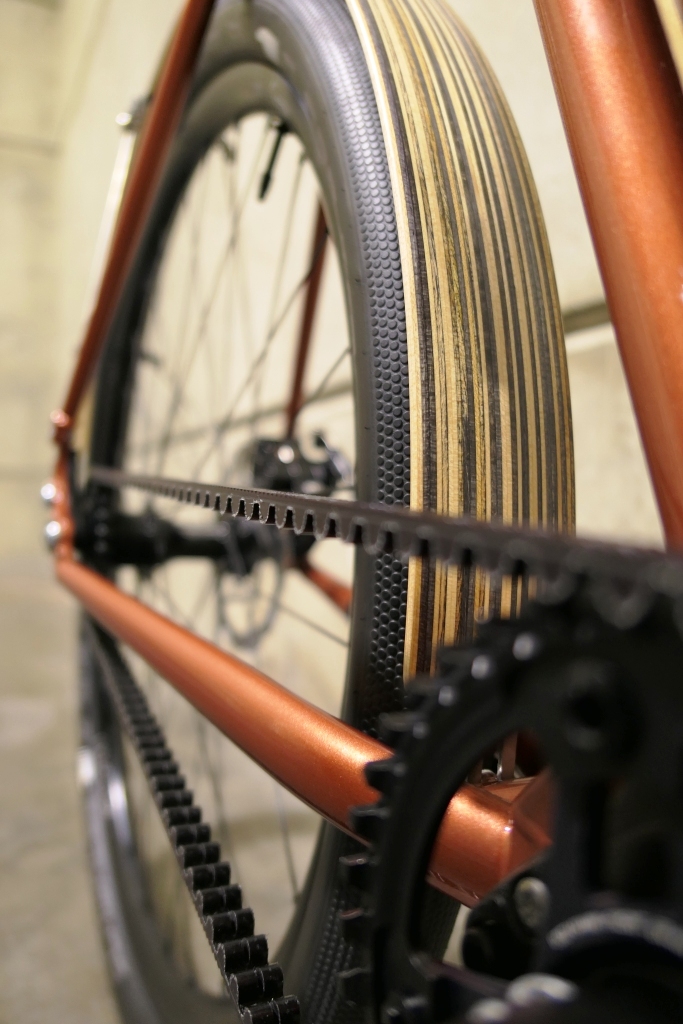 Ti Cycles brought its humongous electric cargo bike, the cleverly named CarGoAway, with a Shimano motor and Gates belt. It’s a workhorse made for a Portland, Oregon resident to do his weekend farmer’s market rounds.

The Gates booth was packed with consumers and builders. 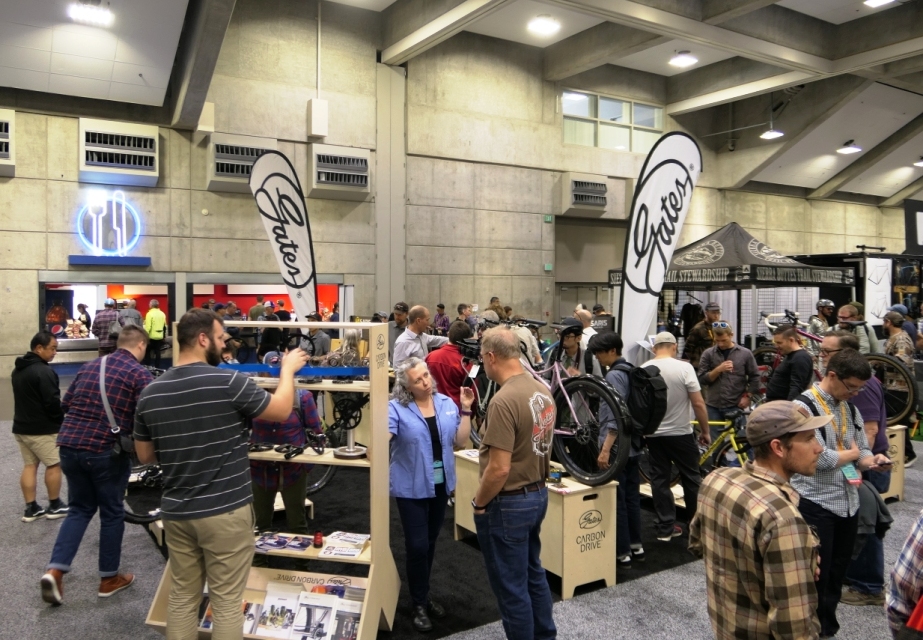 Gravel Cyclist was among the many media outlets that stopped by to check out our belt drive fleet, including this burly Co-Motion. 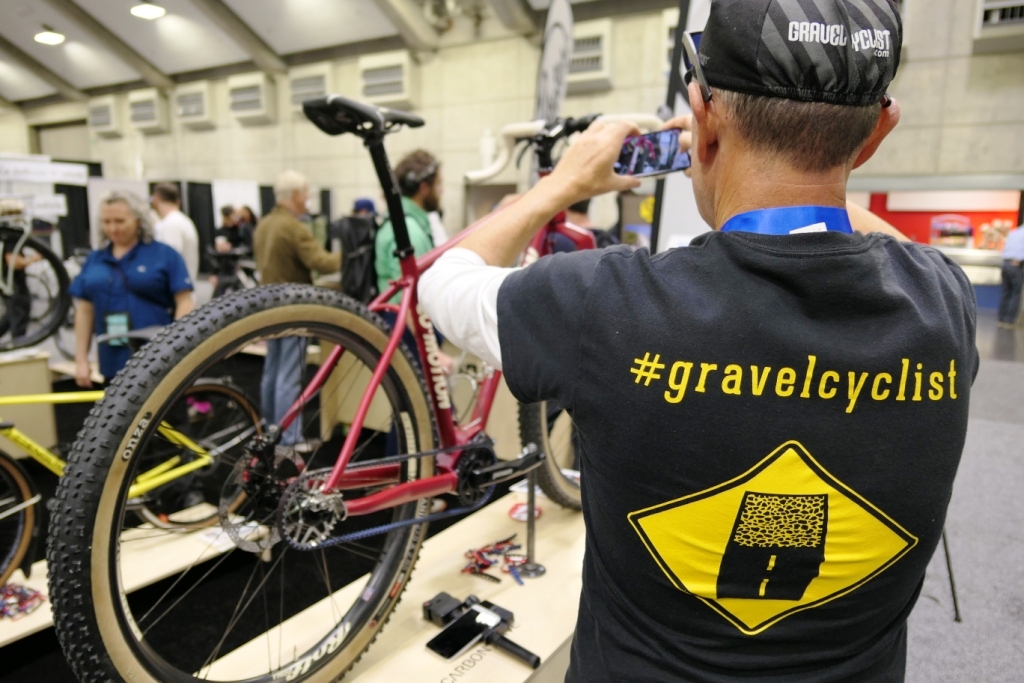 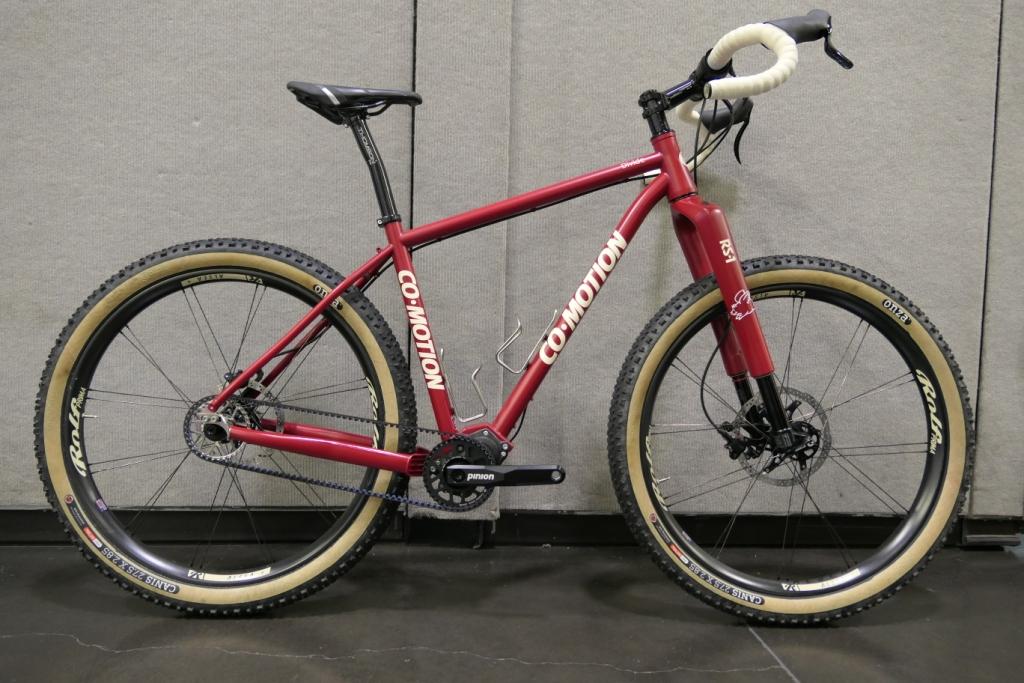 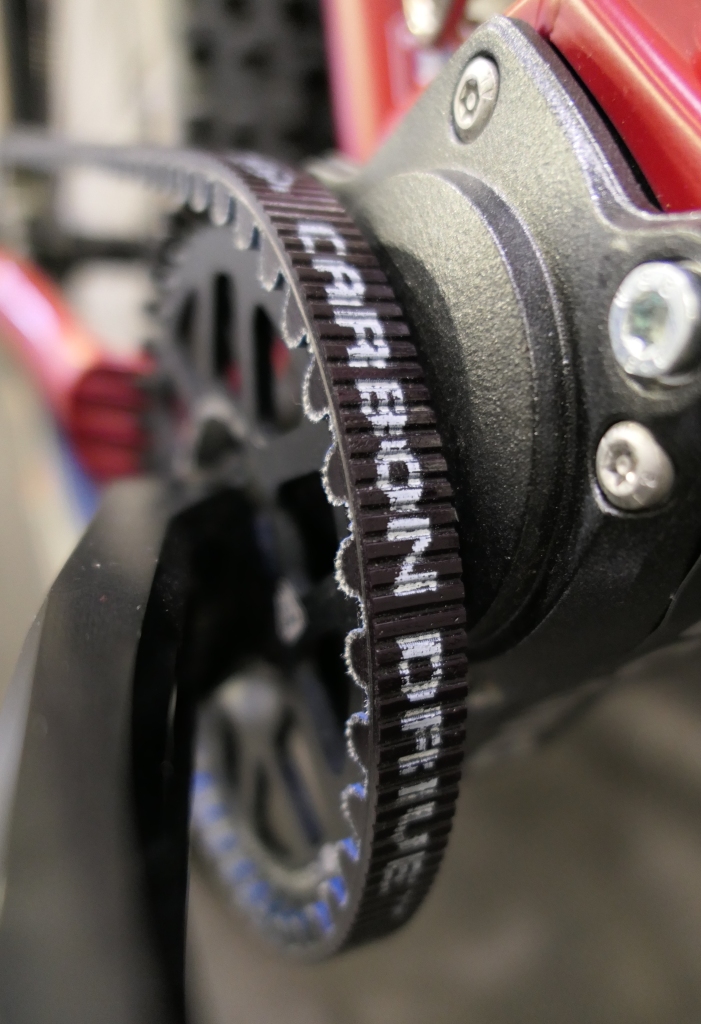 English also showed this yellow Super Commuter with an Alfine Di2 electronic shifter and huge 70-tooth sprocket for steamrolling across the landscape. 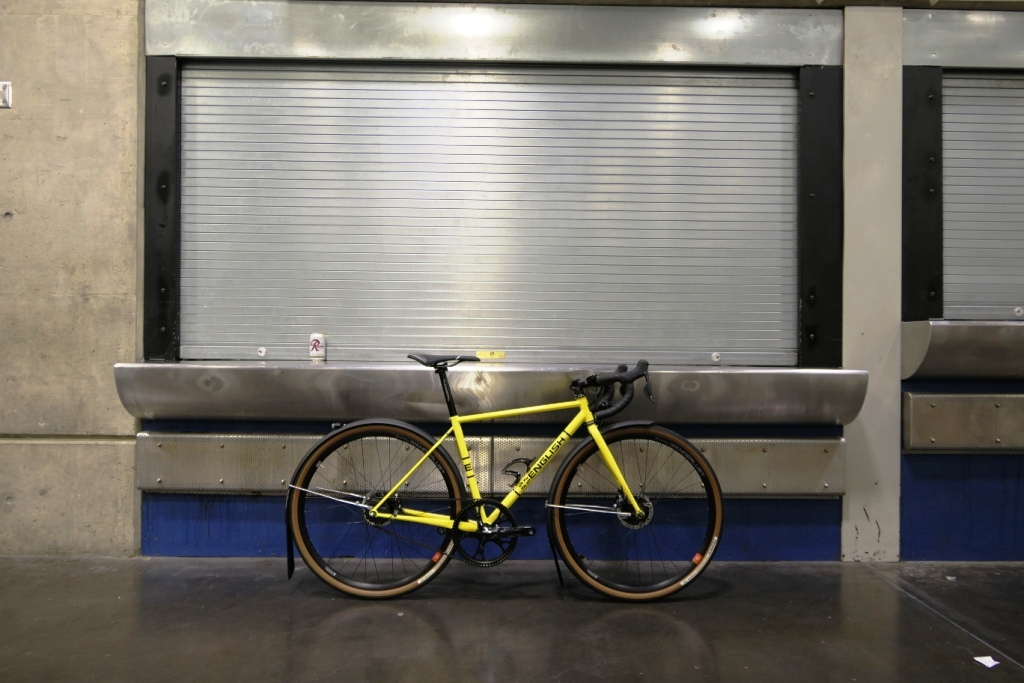 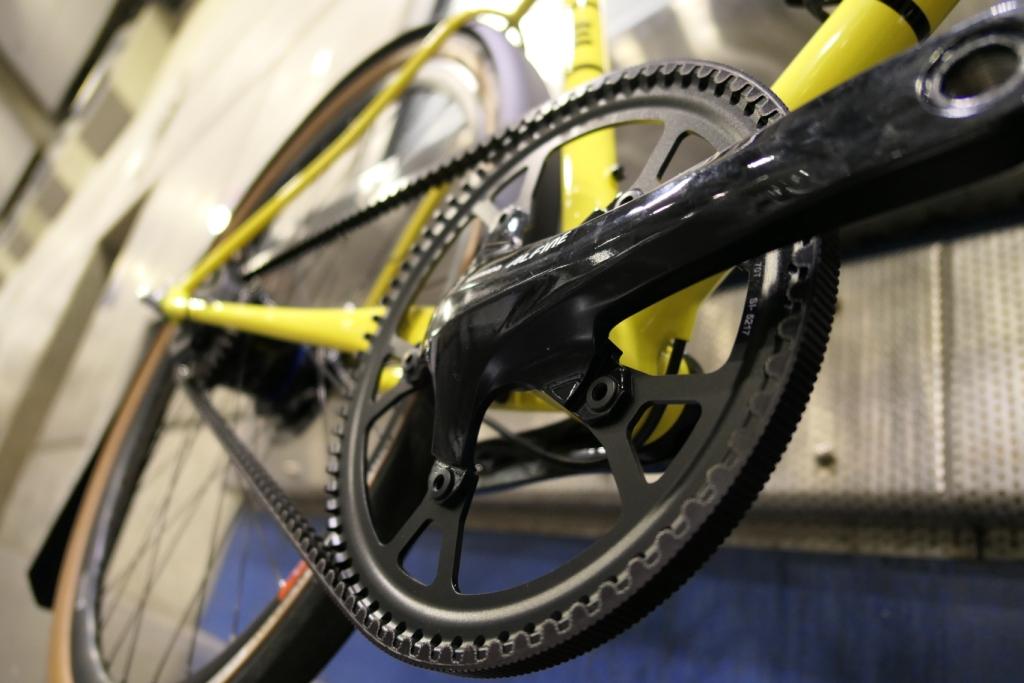 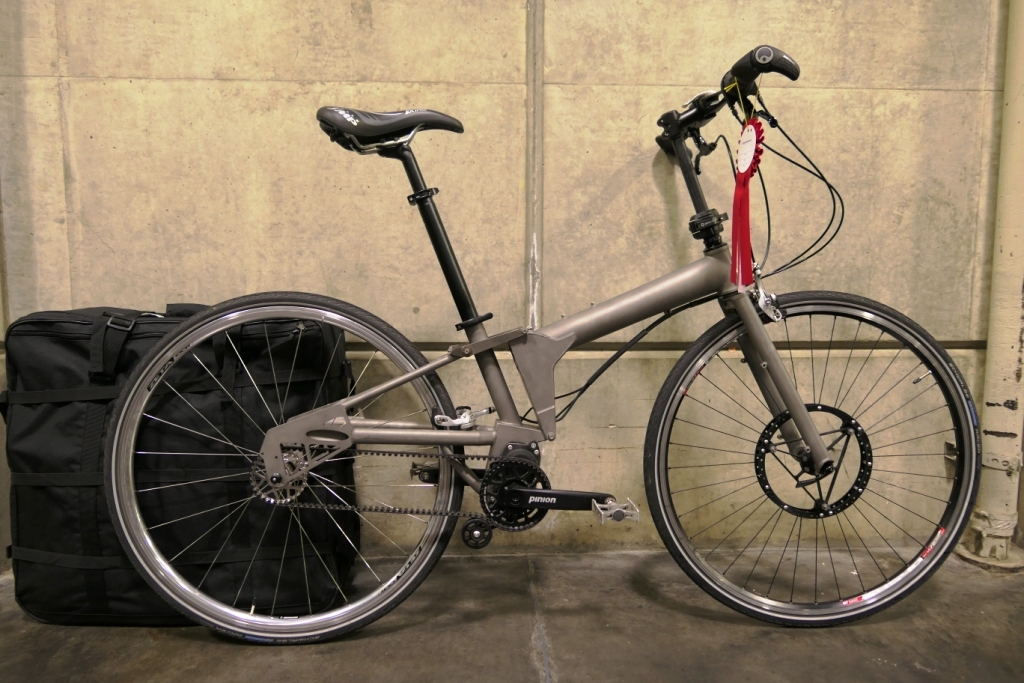 Bert from Farfold proudly showed off his creation, which he plans to mass produce in future years. The bike? It’s in the bag. 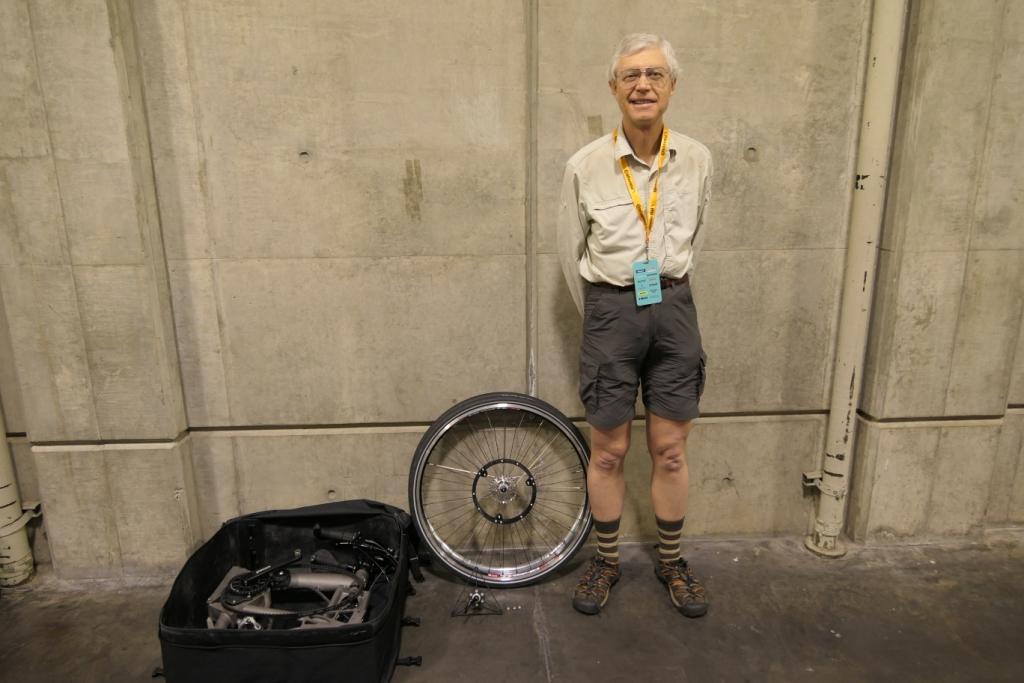 Shamrock Cycles stunned with this travel bike built for a Hawaii resident who plans to tour the islands on it. Kinda jealous. 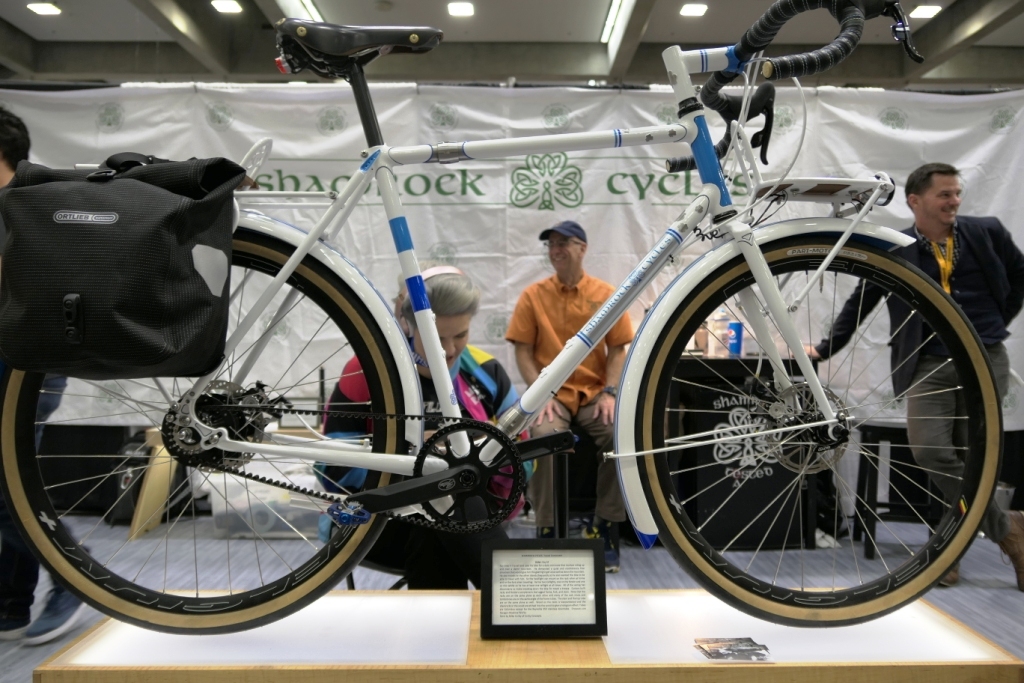 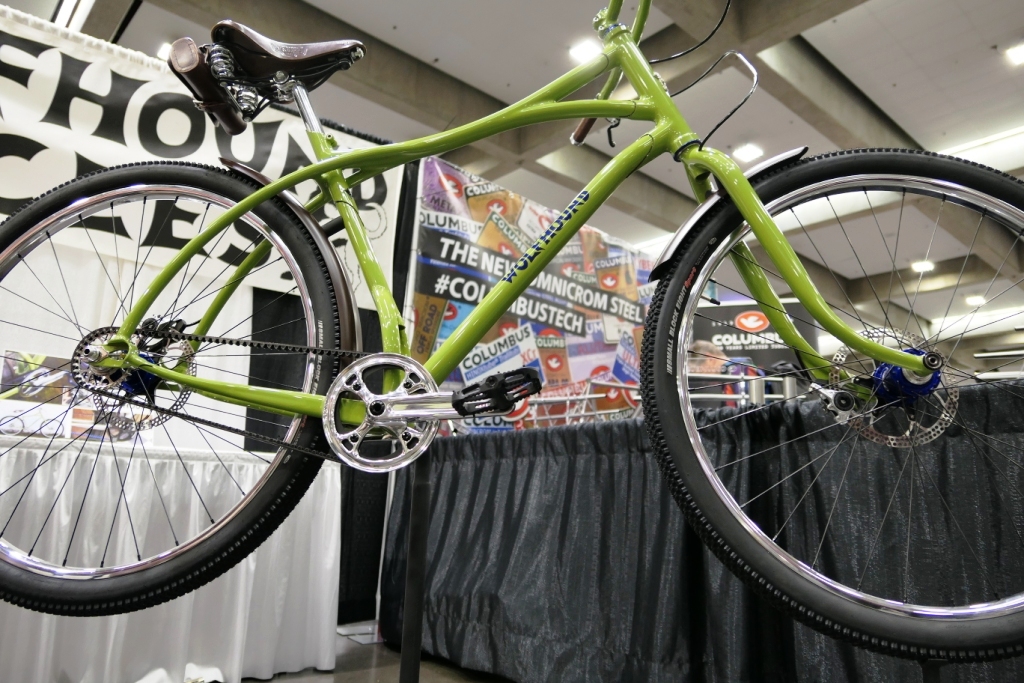 Frankly, there were too many Gates belted bikes to show here. So join us next year when NAHBS 2020 travels to Dallas. Gates will be there. And if you want more, check out the coverage from Global Cycling Network.