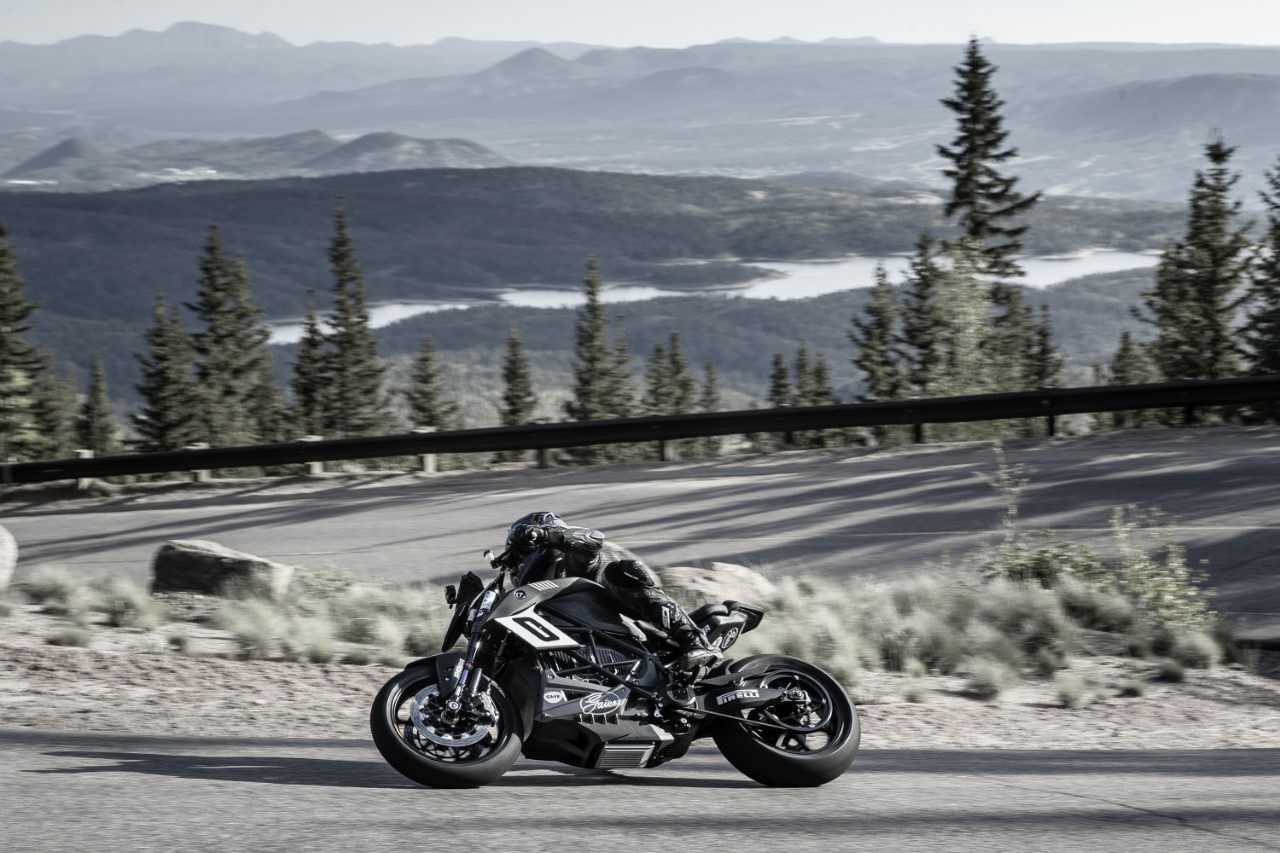 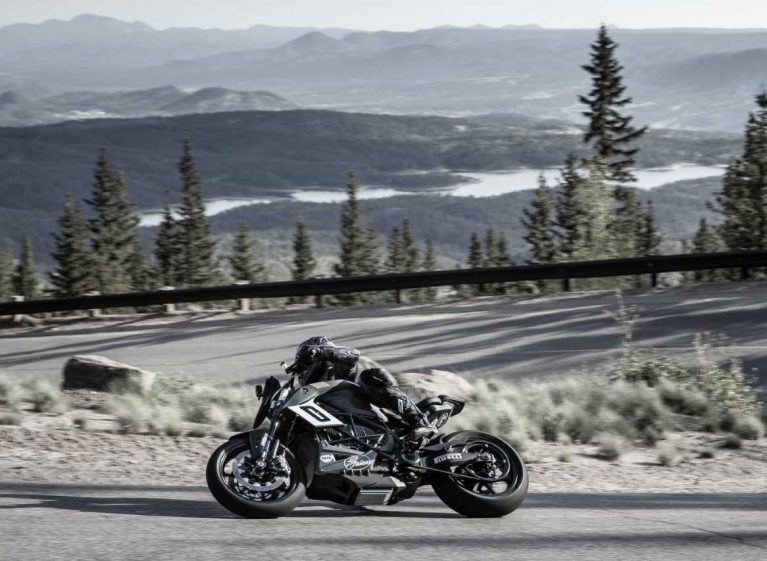 The Zero SR/F that competed in the Pikes Peak International Hill Climb shows the future of clean and quiet belt driven electric motorcycles.

“I’ve got to thank Gates Carbon Drive for pushing me up this mountain without a chain, we did it with a belt,” racer Cory West said following his run up Pikes Peak on Sunday. Gates sponsored Zero and West in the legendary mountain race to highlight the advantages of Gates belt drive technologies versus chains on high-torque motorcycles such as the SR/F. “Props to Gates for making something that can handle so much power.”

Unlike the loud gasoline-powered and chain-driven motorcycles in the race, the Zero SR/F emits only a whir of sound. The quietness of the electric motor and Gates belt caused a humorous moment in the race, when announcers initially missed West ripping through a speed check section at 117 miles per hour (188km/h). West held the fastest time for a while before being surpassed by higher-powered motorcycles, ultimately finishing 9th overall and 5th in the heavyweight category.

The Gates sponsorship of Zero comes 12 years after the company entered the bicycle market with its Gates Carbon Drive system that is now used by hundreds of brands worldwide on pedal and electric bicycles. Due to its success in the bicycle market, the company is expanding its focus on electric mobility, with a growing portfolio of belt drive products for electric motorcycles, electric scooters, eBikes and other light electric vehicles.

Experience the thrill of leaning into the corners and powering through the straightaways in the POV video of West’s run, which follows a brief interview, below. The quiet whir of the bike is somewhat obscured by the noisemaker system required by the race organizers for safety.