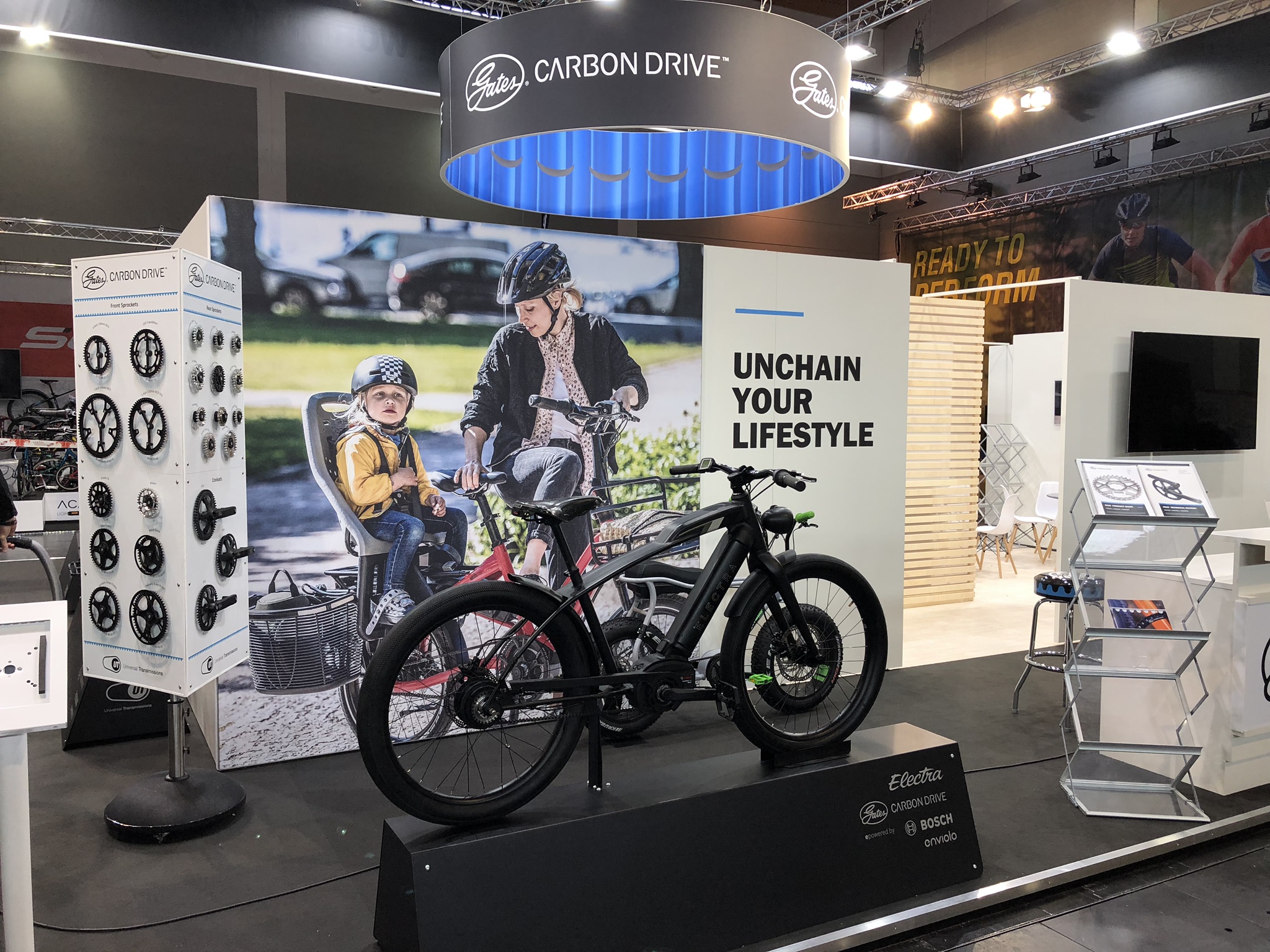 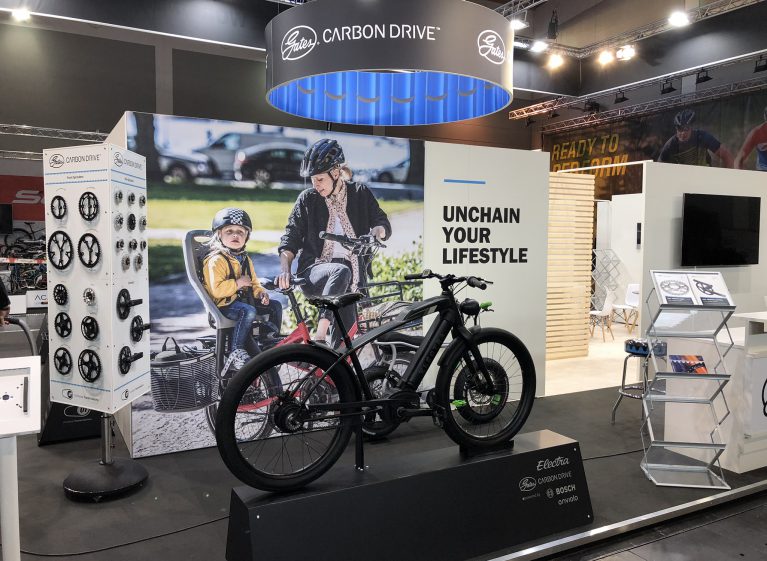 We are back from Eurobike after an exciting show where Gates had its most impressive booth ever--and put on a showcase of belt drive mobility. 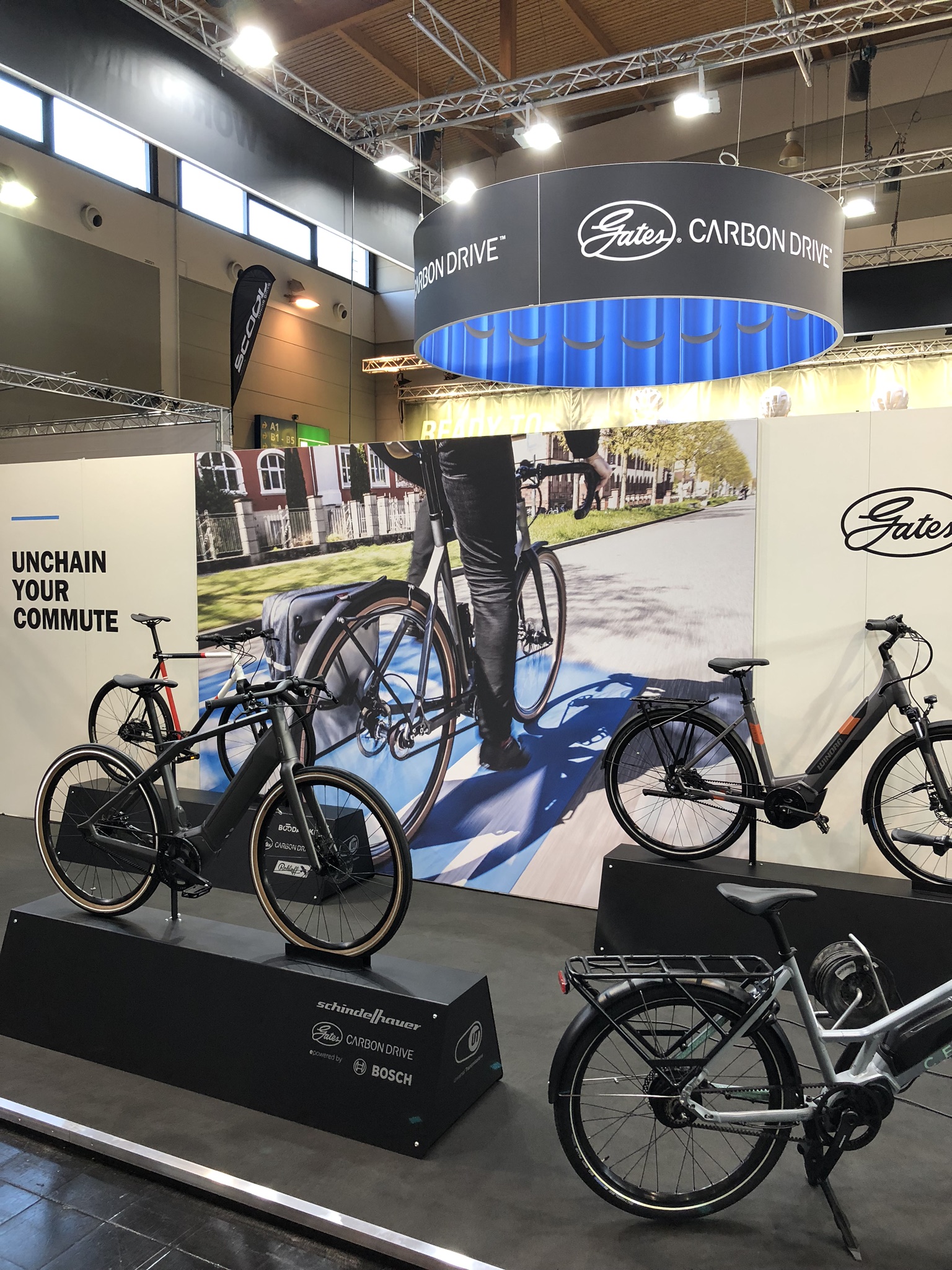 Gates exhibited at Eurobike 2019 in Germany. Gates message at the show was “Unchain Your Commute,” and there was a range of urban pedal and electric bikes to illustrate the point.

We also showed off the wide range of Gates front and rear sprockets and cranksets. 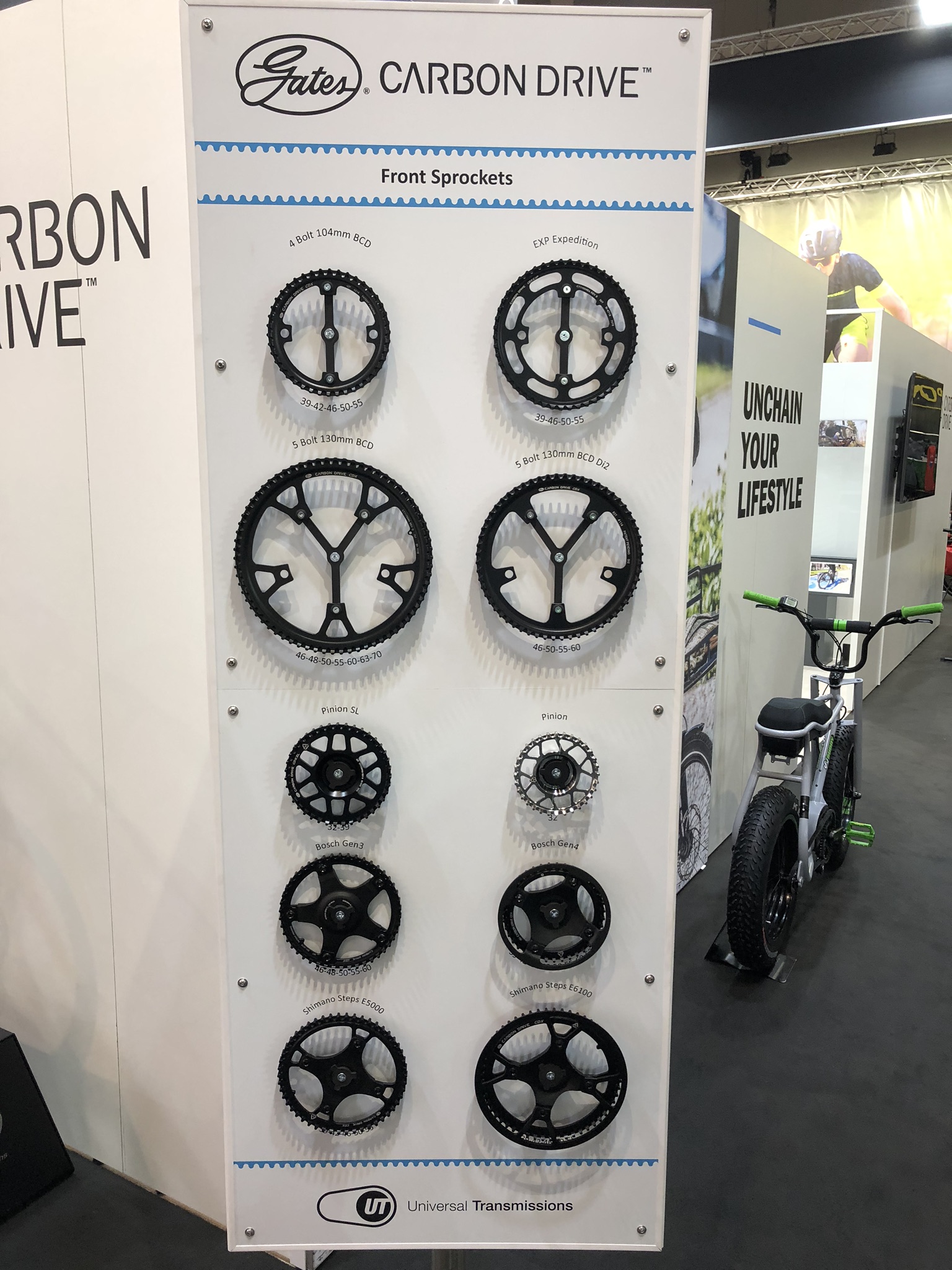 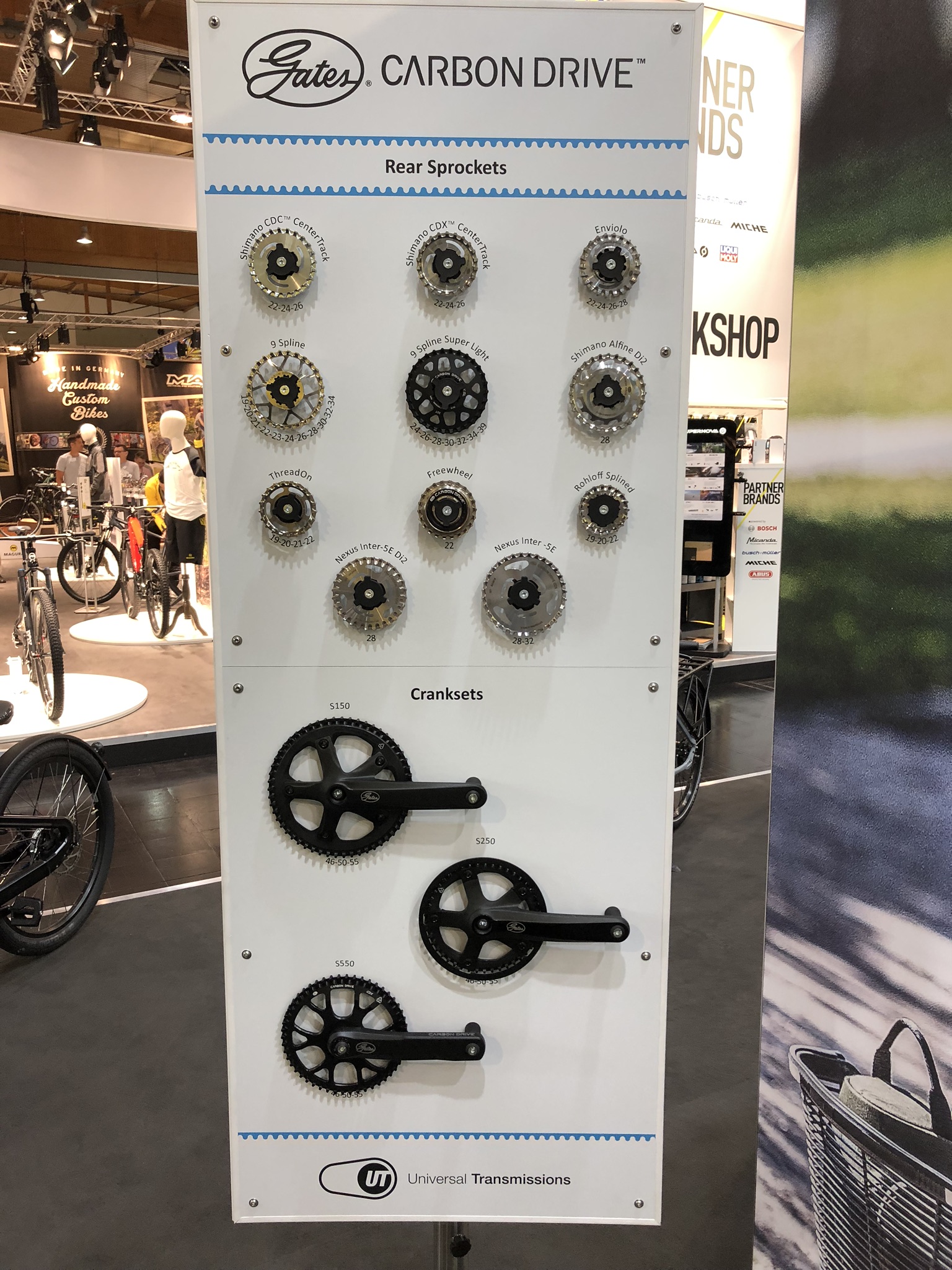 Gates and our European distributor Universal Transmissions also displayed the tools designed to work on the Carbon Drive system. 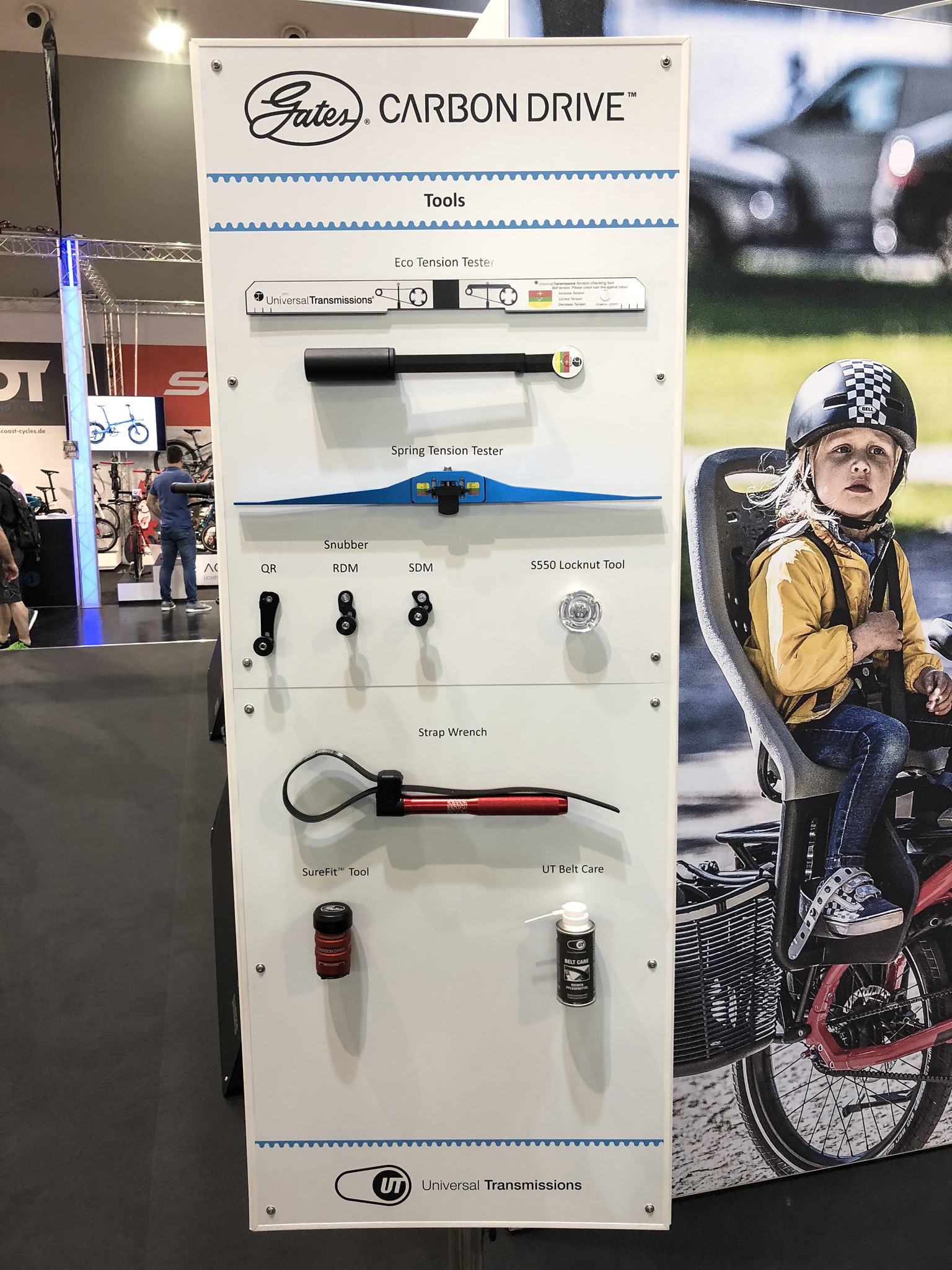 The custom-built titanium Schwift electric cargo bike with custom bags and a slim profile, plus a Bosch Powertube, was a big hit among bike nerds. 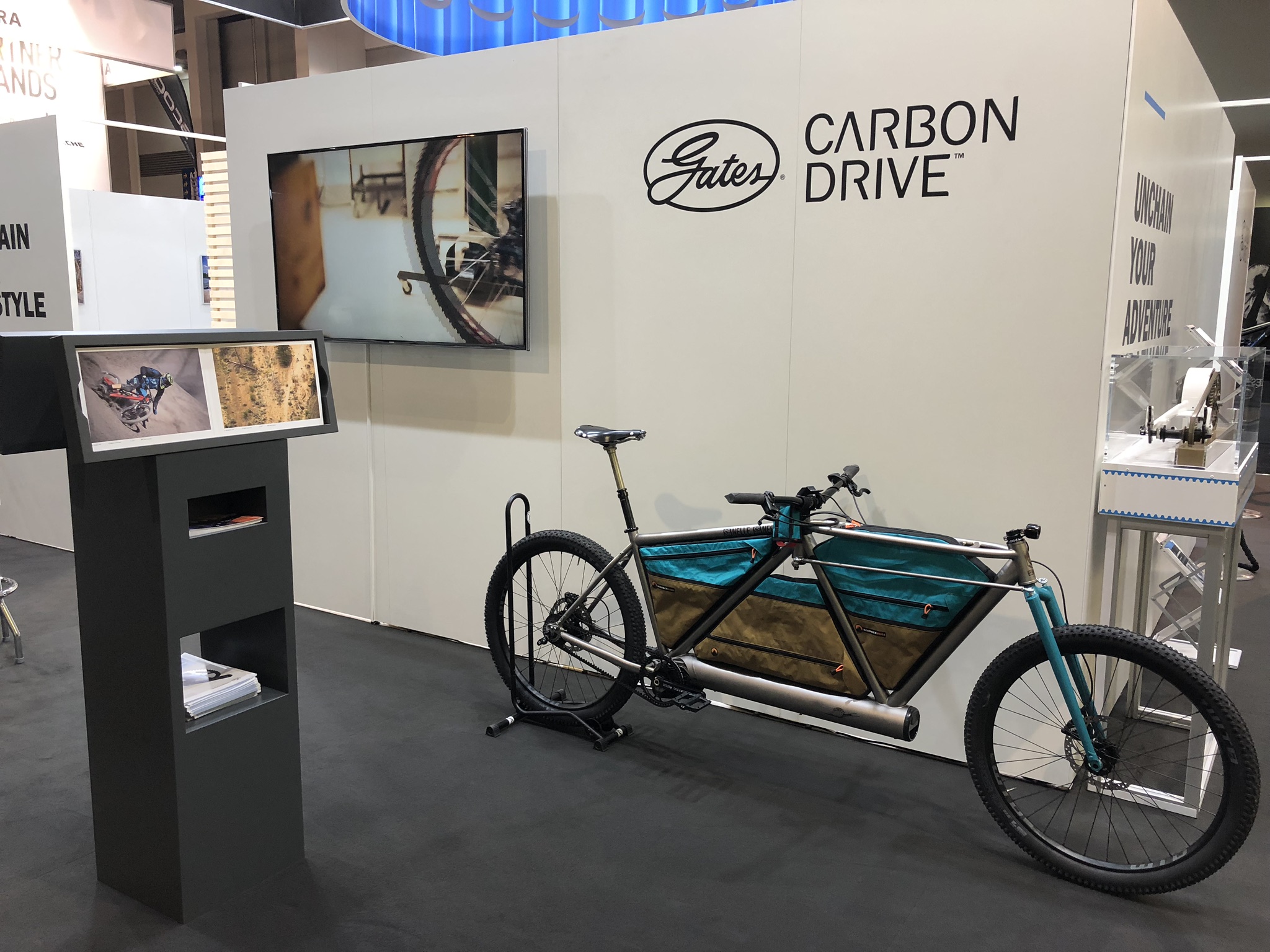 Artwork of UT Business Development lead Frank Schneider, a former pro downhiller, shredding on his belted Nicolai showed the possibilities to “Unchain Your Adventure” on a Gates equipped off-road bike. 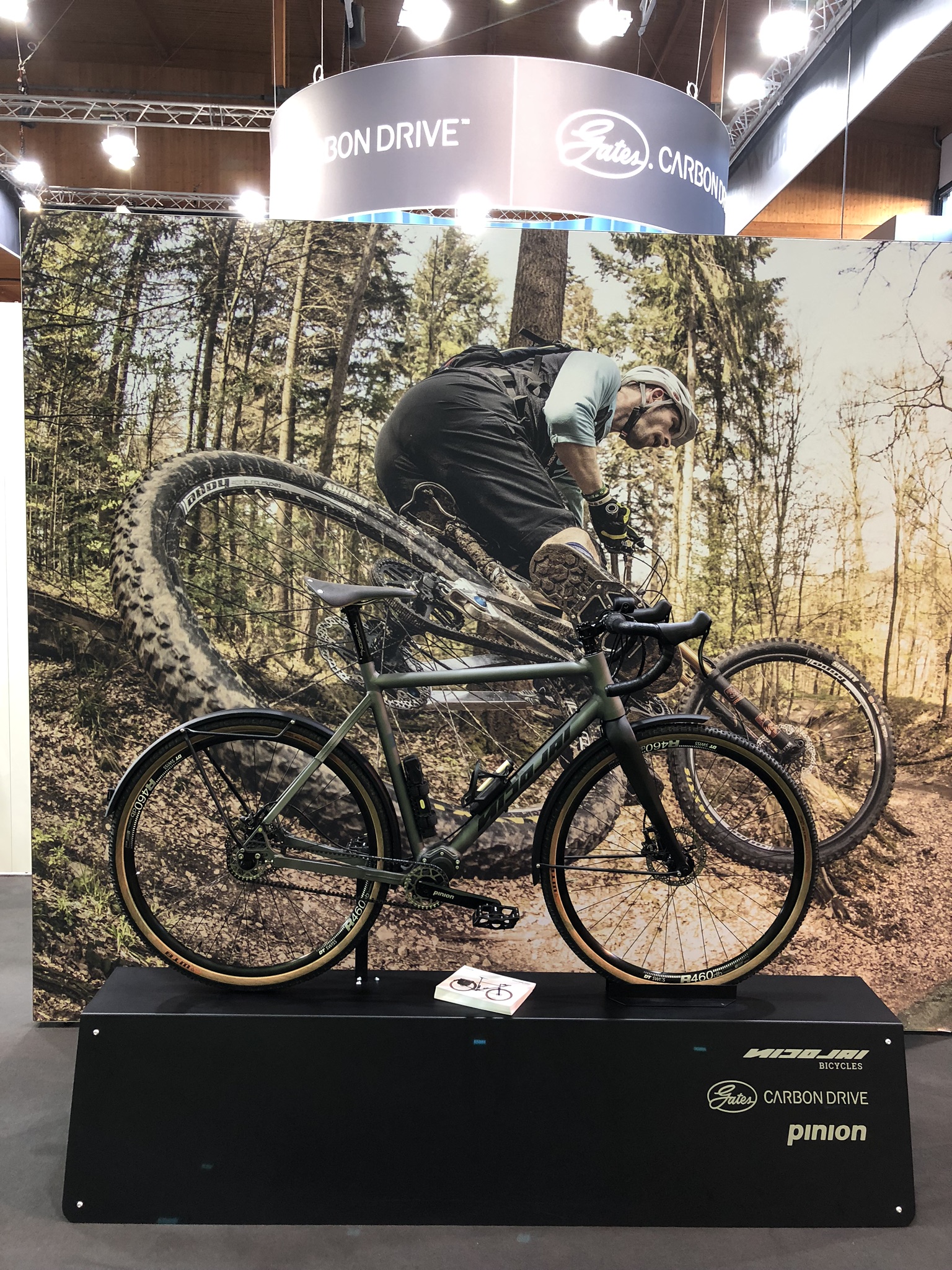 A high-torque electric Zero Motorcycle showed the power and strength of Gates Carbon Drive–and highlighted the brand’s push into electric mobility. Zero Motorcycles are also used by many police departments because they are quiet, clean, fast and low-maintenance. 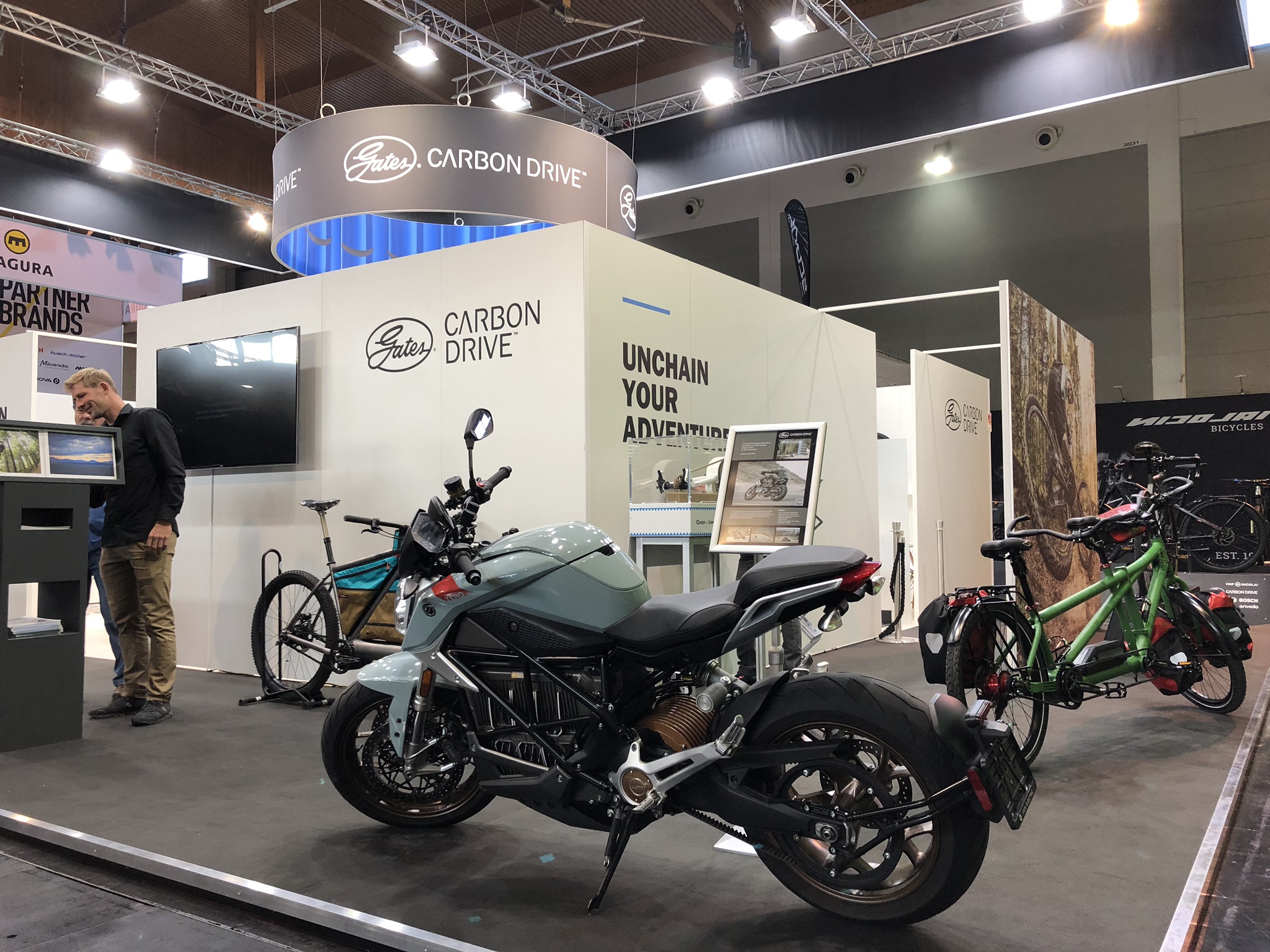 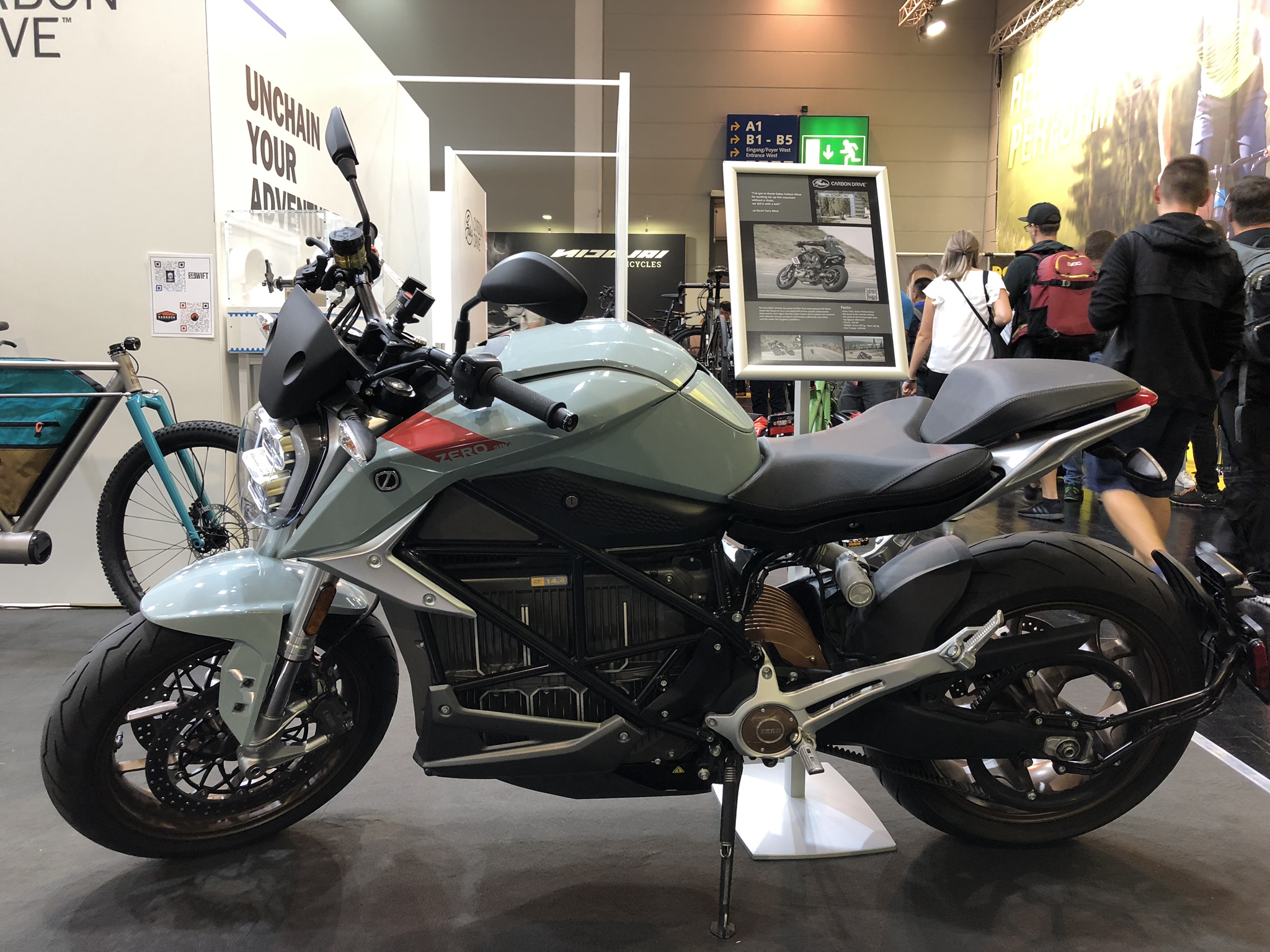 Many other booths across the massive show included new belt drive models, and many won the highest accolades. At least four Gates Carbon Drive equipped bikes won Eurobike Gold awards, including the Superdelite GT Rohloff HS from Riese & Muller, the Asfalt LR for “best startup,” the Cero One for best electric cargo bike, and the e-Muli STEPS that judges called “state-of-the-art e-bike technology.”

Read more about our Eurobike micromobility initiative, and see you next year! 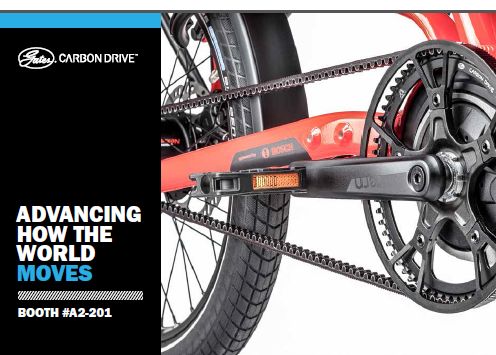