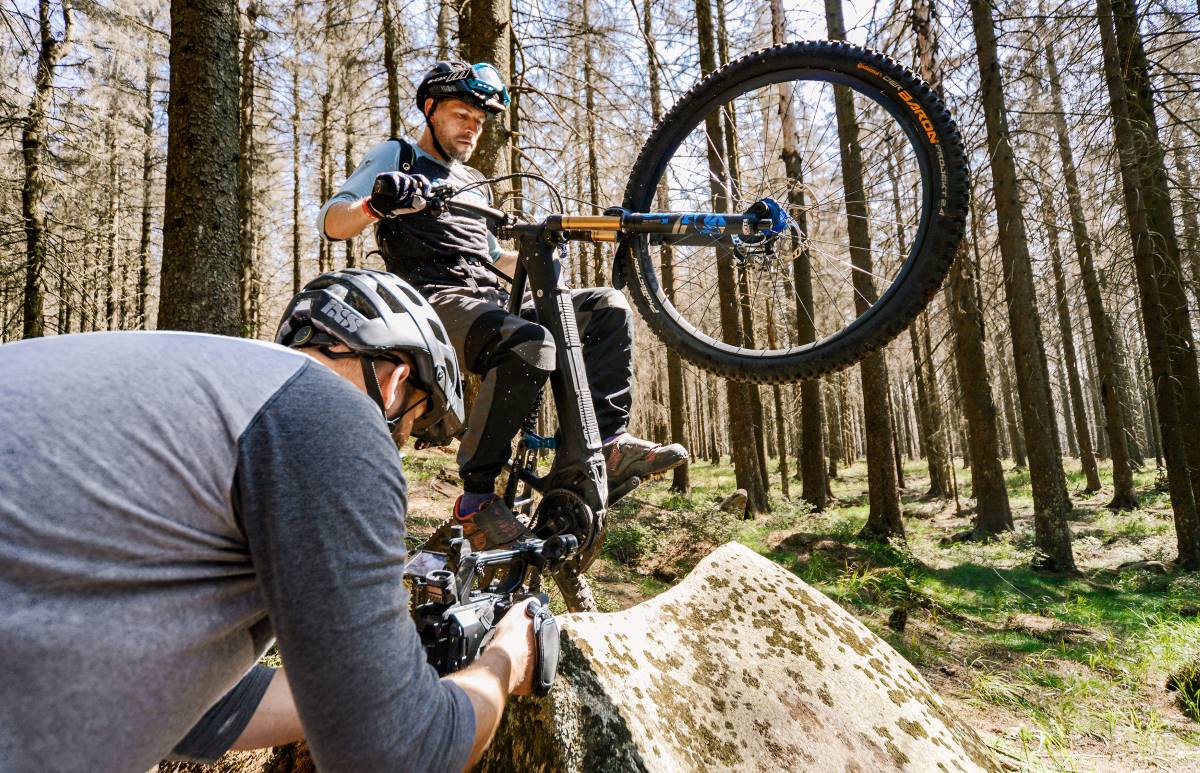 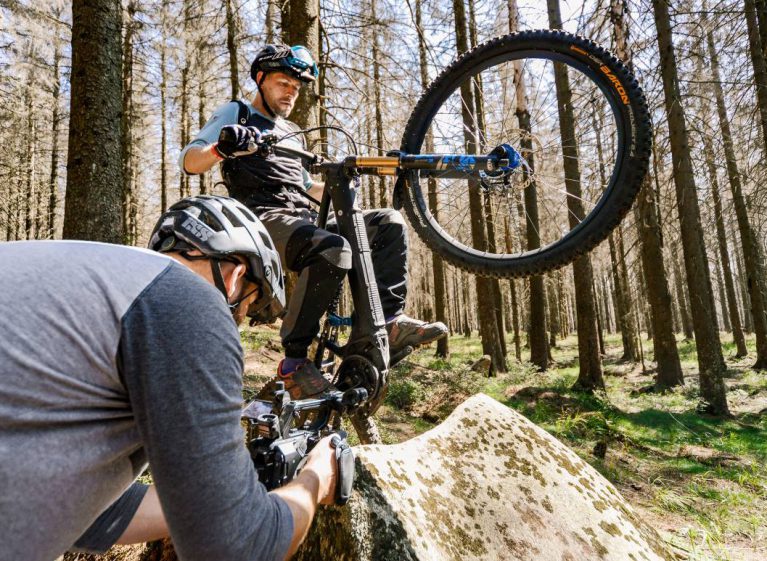 Electric MTB in the Harz Mountains

The Harz Mountains and its rocky trails are no match for these belt driven Nicolai electric mountain bikes.

We are frequently asked if our Gates Carbon Drive belts are tough enough for aggressive mountain biking. Former pro downhiller Frank Schneider gathered a few of his buddies to charge over the roots and rocks of Germany’s Harz Mountains on a squadron of belt driven Nicolai eMTBs to answer that question. They wheelied uphill over boulders, rode logs and ripped both uphill and down. “We want to show that you can have serious fun on eBikes, and that Gates belts are perfect for these rough conditions,” says Schneider, who now works for Universal Transmissions, the Gates Carbon Drive distributor in Europe.

Schneider was joined by German downhill masters champion Daniel Jahn, Nicolai engineer Jens Miller and a few members of the Ronny Racing Team, which Universal Transmissions and Gates Carbon Drive will be sponsoring in 2020. All rode Nicolai G1 EBoxx E-14 MTBs. Watch the video below to see how they get their eFlow on. Thanks to Hana Retz for the great photographs.

Nicolai mountain bikes are distributed in the USA by Cycle Monkey.