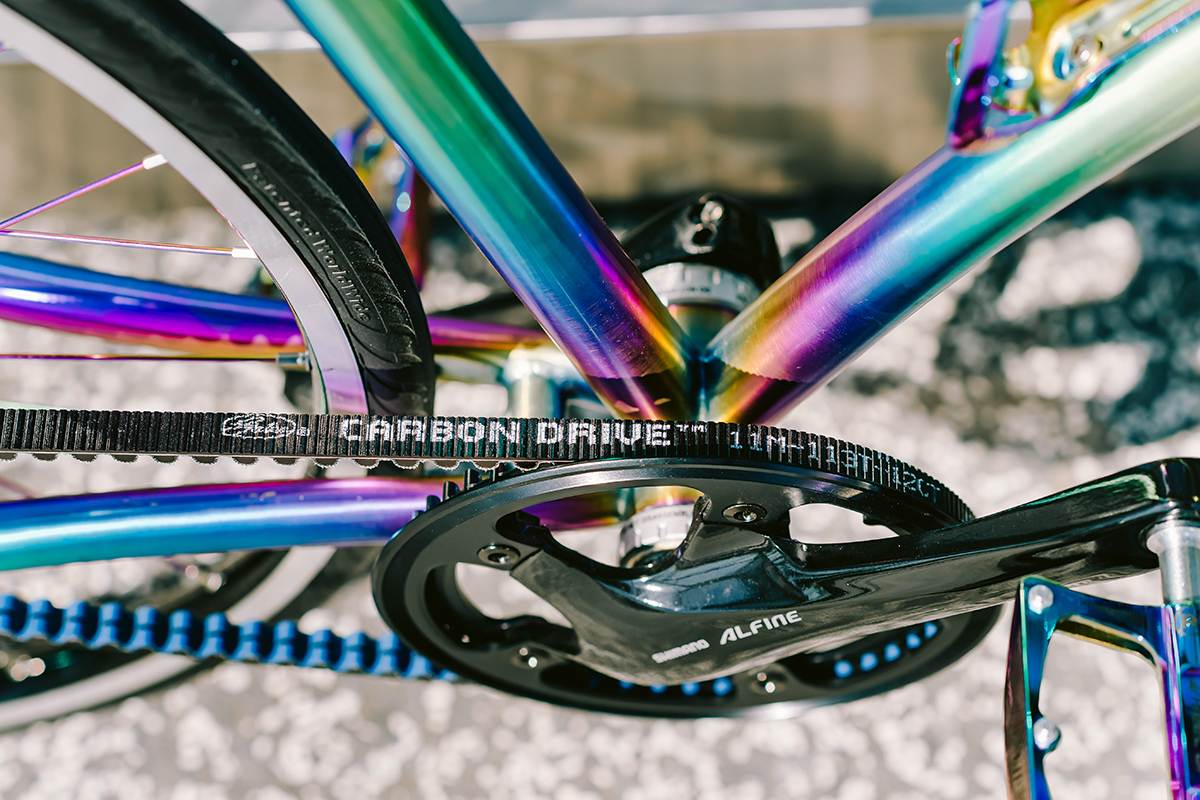 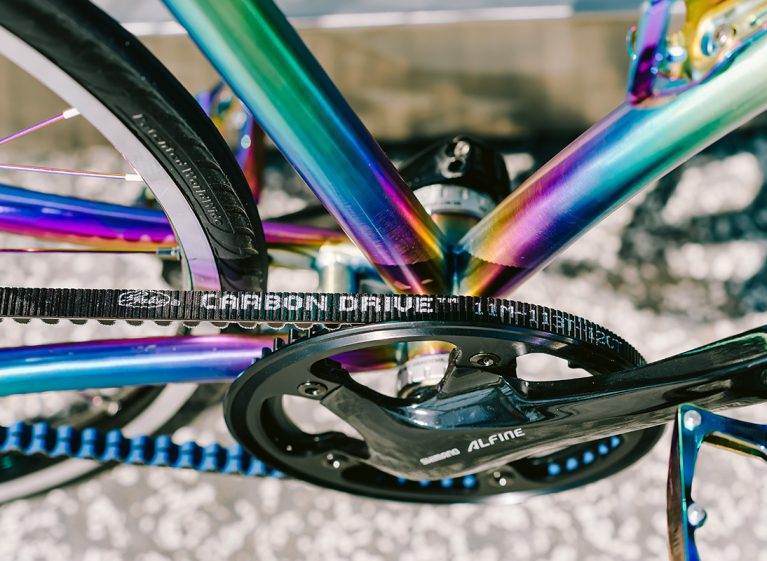 Fueled by his passion for belt driven bicycles, Mr. Lem Cheng Hai and his two other cyclist friends, founded a bicycle company, The Urban Bike, in 2011.

Located in Singapore’s Northpoint Bizhub, The Urban Bike specializes in custom titanium and belt driven bikes, most of which are equipped with Gates Carbon Drive belts. Gates Carbon Drive is the best high-mileage bicycle drive in the market, created by Gates Corporation, a global leader in belt drive technologies and power transmission solutions.

Mr. Lem first came to know about Gates Carbon Drive from magazines more than a decade ago, and subsequently at road shows in Europe and Taipei, where he got the opportunity to speak to the US salesperson from Gates Corporation and learned more about the benefits of Gates Carbon Drive on bikes. At the same time, he also visited many bike manufacturers from whom he managed to convince one of them to send him a custom frame to install a belt drive. That was the first belt driven bike that he built for himself, using Gates belts that he bought from Amazon. “After the first hands-on experience with the belt system, there was no turning back and I like it so much as it was incredibly quiet and smooth. To a cyclist, the biggest advantage that a belt driven bike offers is the exceptional cycling experience.”

Other additional benefits of Gates Carbon Drive belts are maintenance-free, grease-free, easy to clean (simply use water and toothbrush), more durable and can cover longer distance. As compared to chains, belts can last two to three times longer. Mr. Lem quoted the experience from his customers. “I think it can easily last for more than 15,000 km to 25,000 km. I know of customers who have belt driven bikes which lasted for more than 10 years and they cycled almost every day, of which the wear and tear of the belt system is still within the acceptable value.”

Indeed, despite the humid weather of Singapore and other Asia countries, commuting with Gates Carbon Drive equipped bikes has proven a very long service life. Gates Carbon Drive belts are made of modern synthetic materials, with a series of nylon teeth that are reinforced using multiple carbon fiber cords. These materials do not rust and are impervious to water and salt. Hence with months of cycling through intense wet seasons, this will not be a concern in comparison to chains.

In fact, Gates Carbon Drive belts have been in the market for more than 13 years, and are now on virtually every style of bicycle: high-powered electric bikes, mountain bikes, cyclocross and BMX and fixed gear track bikes, touring and trekking rigs, water bikes, cargo bikes and more. Gates Carbon Drive is now used by more than 500 bike brands worldwide.

The interest in Gates Carbon Drive equipped bikes has seen a surge in recent years, possibly due to the increase in awareness of the benefits of such bikes globally. According to Mr. Lem, The Urban Bike exports 60% of their bikes overseas, and the other 40% are sold locally in Singapore. The pandemic has led to an increase in the demand for bicycles and Mr. Lem has seen his sales shoot up tremendously during the circuit breaker period that was imposed by the Singapore government to keep the virus in check. Before this period, Mr. Lem shared that most of his customers who came to his store knew about belt driven bikes before they came, usually when travelling overseas, where they saw these bikes on the streets. Therefore, there was not a lot of convincing to do as customers already knew what they wanted. Mr. Lem jokes, “As belt driven bikes are so lasting, after customers buy our bikes, we don’t get to see them for many years, thus less business for us in terms of servicing. It’s a happy ‘problem’ since such bikes do not require much maintenance and are less likely to have any issue. So it’s really fuss-free for the cyclists.”

Belt driven bicycles first started to gain popularity in Europe, thus it came as no surprise that many customers of The Urban Bike are expats living in Singapore who bought bikes either to cycle to work or for leisure. However, Mr. Lem reveals that he is seeing an increasing number of Singaporeans who are willing to purchase a premium belt driven bike for the convenience and benefits it brings. Furthermore, there are customers who brought their bicycles which ran on chains to Mr. Lem and requested him to change to the belt system, which is feasible for some bike frames. For this, Mr. Lem is grateful for the timely assistance of the Gates sales and support team who answer his questions accordingly on their belts and components.

Despite the economic uncertainties ahead globally, Mr. Lem remains upbeat about the belt driven bike industry. After all, his company was started as a result of the founders’ interest in cycling to work whenever possible. It is environmentally-friendly, inexpensive, convenient and helps you keep fit. Instead of having to battle the crowds on public transport or being stuck in a traffic jam with loads of vehicles, biking on belt driven bikes is the way to go!