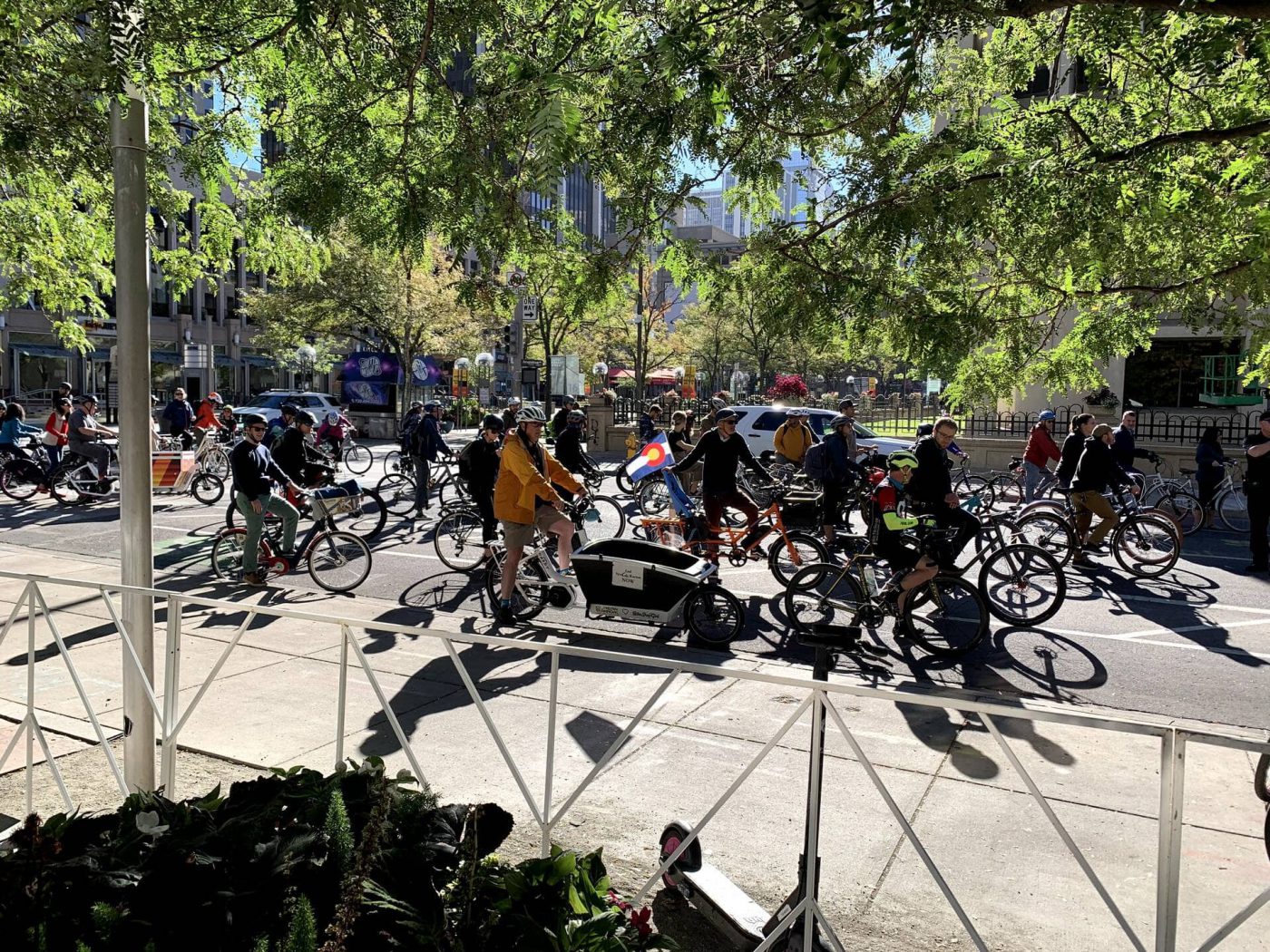 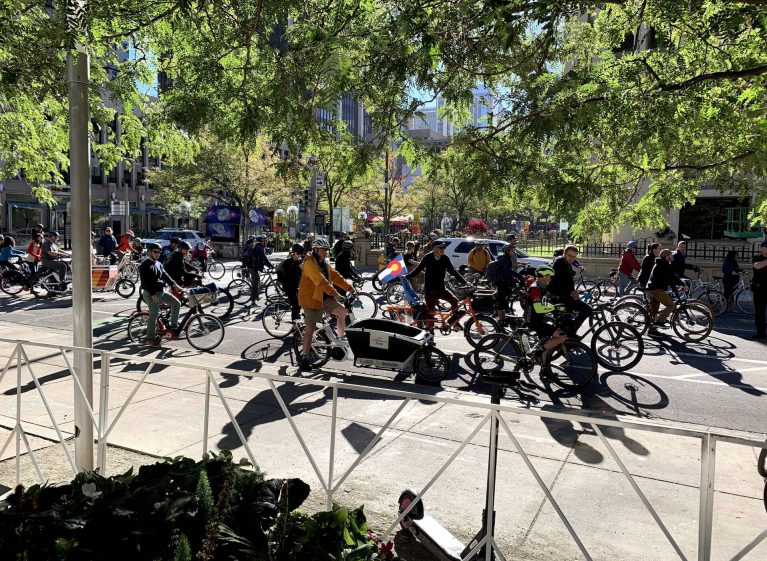 Gates Carbon Drive – which makes the innovative belt drive system for bikes – was the mobility sponsor of Denver Bike To Work Day, which returned in 2021 after a one year absence. The theme for this year was “Get Back In The Saddle,” as people were encouraged to get back on a bike and/or back to their place of work after a year of pandemic-related shakeups and change. BTWD is also a grassroots initiative which aims to make Denver’s streets safer for cyclists.

BTWD is usually held in June but was pushed back to September 22 due to COVID considerations. At 6 am, a team from Gates Carbon Drive headed out to Skyline Park and began setting up a tent for the event.

The air was cool and crisp – it really felt like fall was on its way. But more than that, the bikes were on their way.

By 7 am, the Gates tent was fully set up, and the first bikers started trickling in. On display were three Priority bikes equipped with Gates Carbon Drive, including a bike belonging to a team member. Those who attended the event were very interested in the Trail Mix we were giving out, but of course, they were fascinated by the bikes too. Some people had never heard of belt drive while some had heard of it in passing, but a healthy number of bikers owned belt drive bikes – including a gentleman riding a white Schindelhauer that he’d purchased in Europe. There was also a stunt slope nearby, with about five bikers performing dizzying acrobatic feats to all the attendees’ (and booth workers’) delight.

At 8:30, the stunt show began, while several riders milled around while enjoying pancakes and checking out the Gates bikes. Then, at 9 am, the riders got onto their bikes and headed out in a procession to the City and County Building on Bannock St – the Ciclovia.

The riders relished the cool morning air as the wind whipped their faces. The Ciclovia showcased how many Denverites love to bike and also demonstrated that Denver is home to just about every kind of cycle imaginable. There were racing bikes. There were commuter bikes which had been used so much all their stickers were peeling off. Not all the vehicles were bicycles either, as there were quite a few cargo tricycles. To facilitate the Ciclovia, the streets from 14th to Bannock were closed to cars, and three Gates team members took part in it.

As avid bike lovers, we at Gates are immensely grateful that we were a part of this event. BTWD shows that even in the age of the automobile, people love their bikes. But most importantly, BTWD celebrates the technological marvel that is the bicycle.