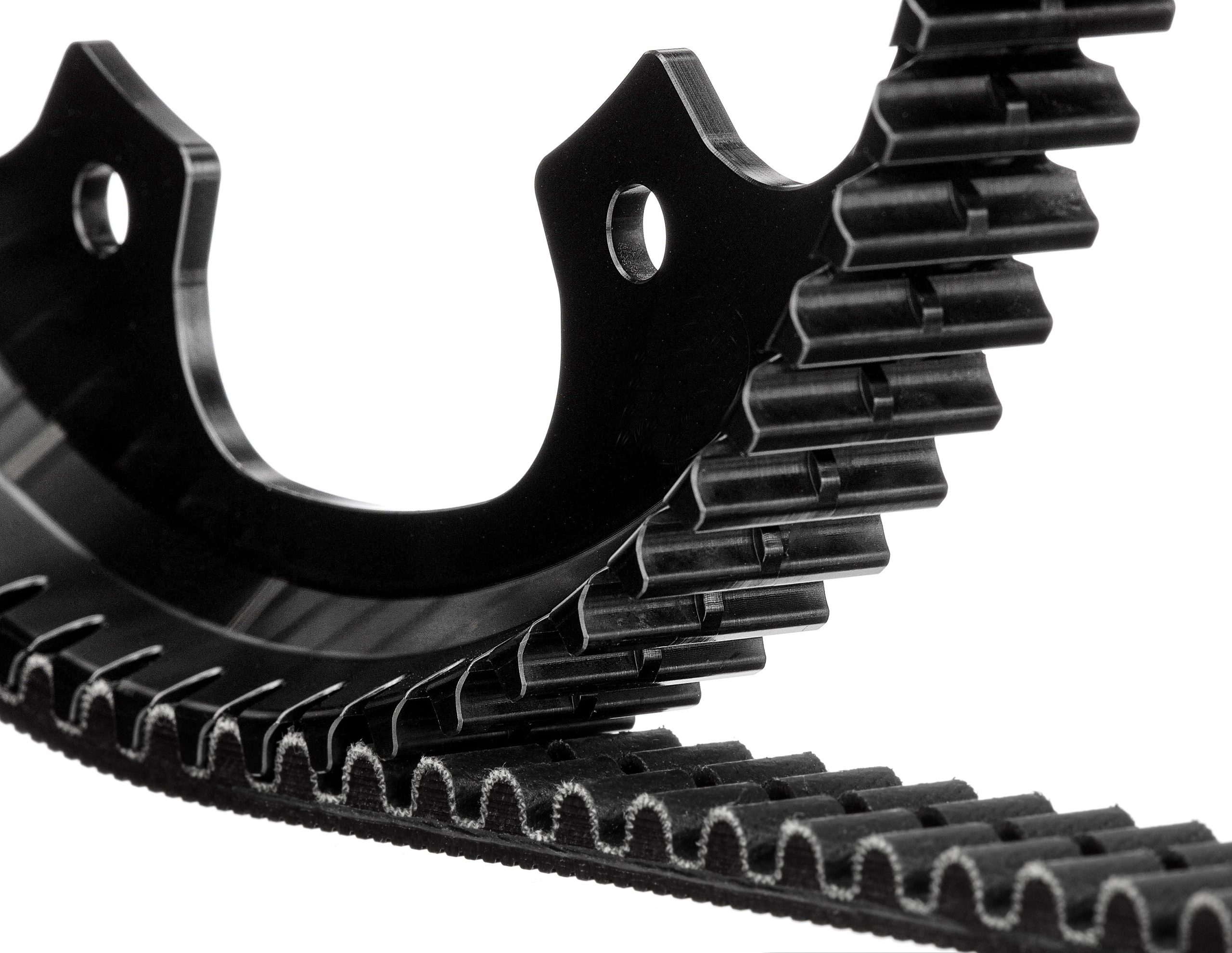 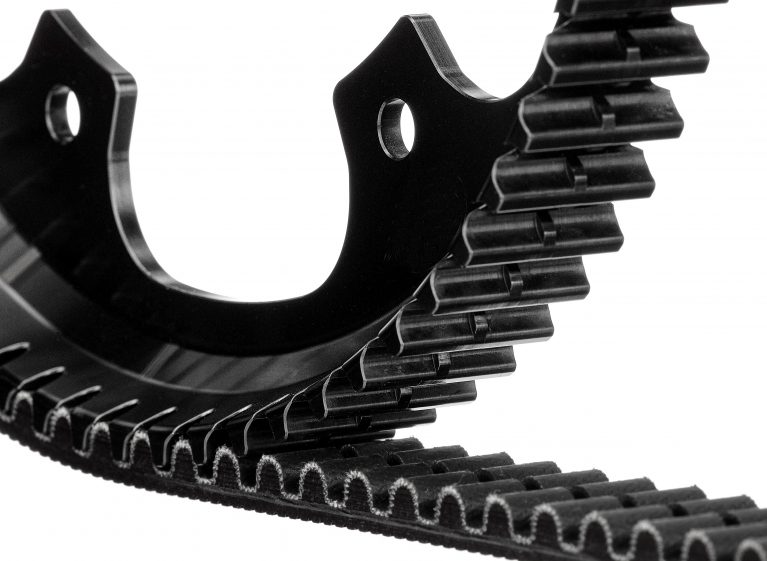 Gates belts are the “optimum solution” for quieter electric motorcycle drivetrains that reduce noise compared to conventional chain drives, according to a new study in the prestigious automotive journal ATZ Worldwide.

The Gates CenterTrack belt was 15 to 17 decibels quieter than a chain drive, which emitted the “highest levels” of noise, the authors wrote in the article “Drivability and Acoustics of Electric Motorcycles as the Main Criteria for Satisfied Customers.”

The study was conducted by AVL List GmbH, a leading mobility technology company based in Austria that develops simulations and tests for the automotive, motorcycle, and two-wheeler industries.

Published in the July 2022 issue of the international journal ATZ Worldwide, the study compared three drivetrain configurations: a conventional chain, a belt drive with a side guide or flange, and a Gates CenterTrack system.

“As expected, with chain drive,” according to the article, “the noise of the motorcycle shows the highest levels.” The chain drive emitted noise levels about 10 decibels higher than the conventional side-guided belt.

“An additional improvement could be achieved with a center-guided belt drive system,” the authors wrote of the Gates CenterTrack belt’s advantages, which they said showed “a reduction of overall noise levels of 5 to 7 decibels compared to the conventional belt especially at higher driving speeds.”

AVL conducted the testing to provide benchmark data for manufacturers who are bringing more electric motorcycles and two-wheelers to market. Drivetrain noise, the authors say, can reduce customer satisfaction.

“In terms of acoustics and NVH behavior within electrified powertrains, there are several noise sources, which must be given great attention from the initial development phase onward to avoid any kind of unforeseen annoyance,” wrote the authors.

Belt drives offer a solution to eliminate this noise annoyance, according to the authors, who write that the belt “allows for better tuning possibilities to improve the subjective impression.”

“From an NVH perspective, this simple drive layout (without gearbox) in combination with a tuned belt system is the optimum solution for this kind of application,” the study concluded.

The study confirms and provides independent third-party verification of what Gates has been telling customers for years: Gates belt drives are a superior solution for the emerging electric mobility revolution.

“We are pleased with the publication of this research by AVL but we aren’t surprised by their findings because it confirms what our own testing has shown,” says Joe Menzel, Vice President & General Manager, Global Mobility. “Our belt drive technologies and engineering solutions provide a superior solution to manufacturers who want to create the best and most high-performing electric motorcycles and electric two-wheelers that provide the highest levels of customer satisfaction.”