It has been over a month since Australian cyclist Arran Pearson finished the 2013 Tour Divide, widely considered the world’s toughest mountain bike race. Pearson, who had to take a couple weeks to recover after the epic ride, was [...]

Lumbering Along by Bike: A Report from Belted Aussie Endurance ...

When we last checked in with belted endurance racer and Tour Divide winner Ollie Whalley he had [...]

Tour Divide 2012 winner Oliver “Ollie” Whalley is back home in New Zealand and [...]

Pain, Pancakes, Beavers and Scorpions: An In-Depth Q&A with ...

Oliver “Ollie” Whalley is back home in Christchurch, New Zealand, following his [...]

Sherwood Gibson and his crew at Ventana Mountain Bikes USA watched with eager anticipation as [...]

Check out the new video from Mountain Flyer with Oliver “Ollie” Whalley, the [...] 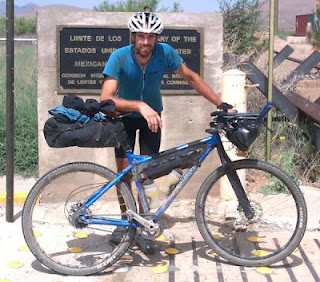